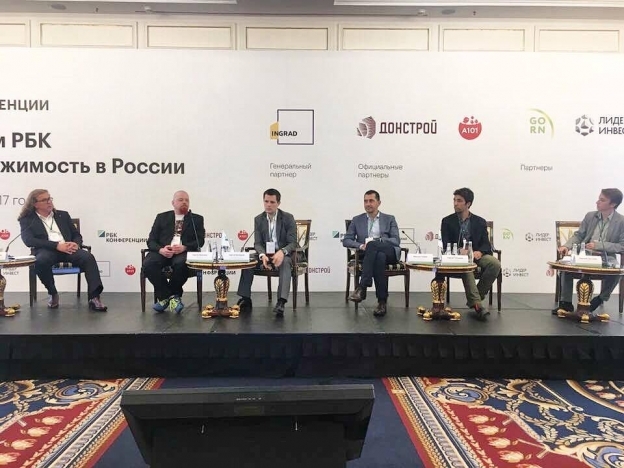 Two world-known architectural firms — Zaha Hadid Architects and Herzog & de Meuron Architekten — are interested in participating in the competition on development of concepts for housing renovation, said the Chief Architect of Moscow Sergey Kuznetsov at the RBC Conference «Real Estate in Russia.»

According to him, the representatives of Zaha Hadid Architects have already visited Moscow and consulted with Stroykomplex.

«The renovation programme is attracting a lot of attention; the project is very famous all around the world,» said Kuznetsov. «Considering the cases when architectural awards are given, for example, when the Chilean architect Alejandro Aravena received the Pritzker Prize, we can see that nowadays themes concerning renovation are very topical issues in the world. The main goal of the ideology promoted by Aravena is to create the environment that meets this quality standard even in low-cost building».

As noted by Sergey Kuznetsov, Zaha Hadid Architects and Herzog & de Meuron have not adopted the final decision to participate in the competition yet. The Chief Architect pointed out that the current competition is not the first event that attracts the world’s leading architects. A number of similar projects have already been built or are being implemented in Moscow.

«The architectural agenda of today includes everything that is aimed at new planning,» said Sergey Kuznetsov. «This approach implies clear zoning of spaces, more rational and humane use of territories and it is oriented to the development of streets and yards, i.e., the aspects that create a good city, in contrast to bedroom communities, which do not have elements of a normal urban environment, except for residential areas and, for example, location near trunk roads.»

According to Sergey Kuznetsov, this approach to planning is widely known in urban planning practice of the world cities, where the theme of rational land use as the city’s main resource and clear space zoning have acquired the paradigmatic nature.

«The evolution of such planning ideas and their development in a more modern and intelligent way proves to be today’s urban planning policy pursued by the Mayor Sergey Sobyanin’s team», said the Chief Architect.