Moscow Urban Forum: By 2025 the Population of the Largest Urban Agglomerations Will Reach 2 Bln People Who Will Produce 60% of Global GDP 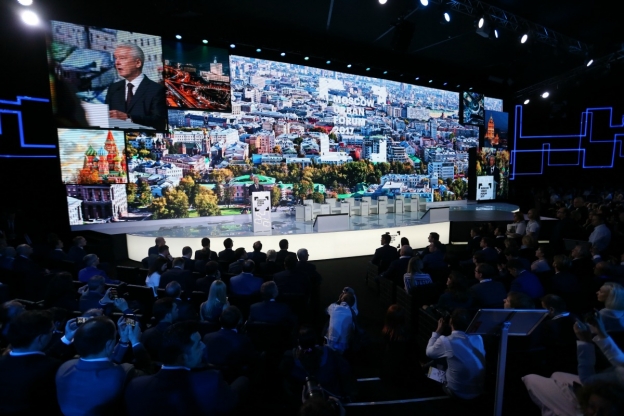 It has attracted over 400 international experts from 68 countries including Ken Livingstone, Former Mayor of London; Thomas Geisel, Mayor of Dusserldorf; Anil Menon, Global President Smart+Connected Communities at Cisco; Parag Khanna, author of the book «Connectography: Mapping the Future of Global Civilization among many others.

Over 50k visitors attended Moscow Urban Forum — one of the largest events in modern urban planning — to discuss the challenges of global megapolises and develop innovative solutions.

This year business program was designed under the topic «Age of Agglomerations. Rethinking the World Map» including discussions on best urban solutions for smart cities, ecology in metropolises, urban mobility and urban transport and many others. The speakers discussed the rising role of mega cities in the world. Already today, only 50 agglomerations, in which 8% of the world’s population lives, create almost a quarter of its wealth. Ken Livingstone, London ex-Mayor noted:

«When I was born 10-15% lived in large cities, now over 50%. The excessive centralization of agglomeration is a major hindrance to huge city’s economy development. The world is changing and huge cities are now a normal part of our lives. In the development of urban agglomerations, an important role is played not only by investment, but also by the effectiveness of management. Cities are our future, and mayors are our best hope for the future.»

Along with cities’ rising role, identification of key growth areas and discussion of a strategy for further growth were on agenda at the Forum. Parag Khanna, author of the book «Connectography: Mapping the Future of Global Civilization» pointed out that Moscow is one of three largest European agglomerations, alongside with Paris and London: «In terms of connectivity, which I consider to be one of the major trends in further growth and future sustainability of these cities, Moscow should probably move to considering itself as a largest agglomeration between Western Europe, Far East and Asia, acting as a mediator and a connecting link for these regions.»

Moscow Mayor Sergey Sobyanin has also expressed his view on megacities development at his welcoming address at the MUF:

«We live in an era of unprecedented growth in cities that will drive the development of the economy as a whole. Every year there are 3 new cities as large as Shanghai appearing or 4 as large as New York. By 2025, the population of the largest urban agglomerations will reach 2 bln people who will produce 60 % of global GDP.»

The concept of «smart city» has also been discussed throughout the Forum. The experts debated what IT technologies of the future are, how Big Data collection and analysis improve quality of life and how to increase the attractiveness of public transport in global megacities. The speakers highlighted that smart city has to have necessary infrastructure at the beginning of its development: «It’s not technologies. Technologies only come after as one of the tools and as infrastructure that we have. But the focus is on the challenges and citizens’ needs,» mentioned Francesca Bria, Chief Technology and Digital Innovation Officer, Barcelona City Council.