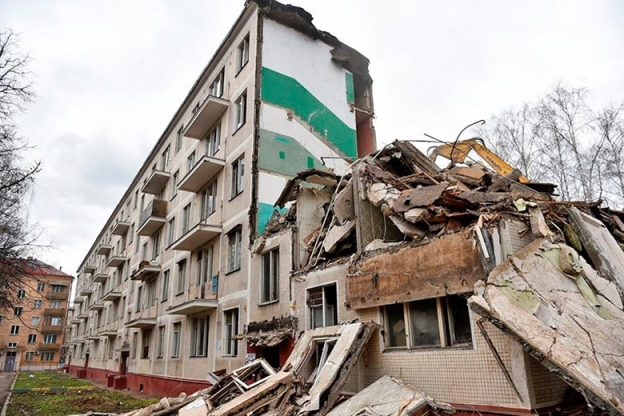 According to the proposed changes, residents of the houses that have got into the program will be able to appeal against the decision on demolition or equivalence of real estate.

Deputies of all four factions have submitted a package of amendments to the bill on renovation of dilapidated housing in the capital to the State Duma. The amendments were the result of a meeting of representatives of all parties. This is reported by Vedomosti.

According to speaker of the State Duma Vyacheslav Volodin, the main point of the introduced changes was observance of the rights of citizens. The main innovation implies the right of residents to litigate any point of the program: from the decision to demolish the building to the issue of the resettlement area. According to Volodin, these amendments should be introduced at the federal level. However, spokesman for Moscow Mayor Gulnara Penkova said that it was the Moscow City Hall that initiated the further protection of the rights of residents.

The amendments also state that for the duration of the trial the building can not be demolished. Any decisions, including questions about the equivalence and equivalence of the object, may be appealed. Entrepreneurs who have non-residential premises in these houses will receive only an equivalent premise.

According to the amendments, apartments will be provided to residents within the area of ​​residence only if tenants do not agree to the other in writing. The house will be demolished only if the majority of the residents agree. To cancel the decision to demolish there should be one-third of the votes of the residents +1 vote. The new apartment should be provided with the repair already done and with all the communications connected. Residents of the house can not be evicted until their new housing is completed. If the apartment is registered in a mortgage, it will be automatically transferred to a new living space.

The amendments were prepared by MPs Galina Khovanskaya (A Just Russia), Evgeny Moskvichev, Petr Tolstoy (United Russia), Alexey Russky (KPRF) and Mikhail Degtyarev (LDPR). According to the source of Vedomosti, the project is personally controlled by Vladimir Putin. In crisis situations, the management of the internal policy of the Presidential Administration interferes with the adoption of the draft law. According to Khovanskaya, Duma amendments are much broader than Moscow ones. In the course of their work, the deputies took into account the remarks made the day before by the prosecutors. The committee, headed by Khovanskaya, shares the agency’s displeasure with the creation of a special fund: according to law enforcers, contracts must be concluded directly with the responsible body, and not with the intermediary. In addition, according to Khovanskaya, parliamentarians also took into account criticism of the Council under the President for the codification and improvement of civil legislation.

According to experts, the main reasons for the introduction of amendments are important for the mayoralty for two reasons: the specification of the conditions of the program for residents of the city and getting support from the State Duma deputies. Perhaps later, the renovation law will be considered as a model for the program of resettlement of dilapidated housing.