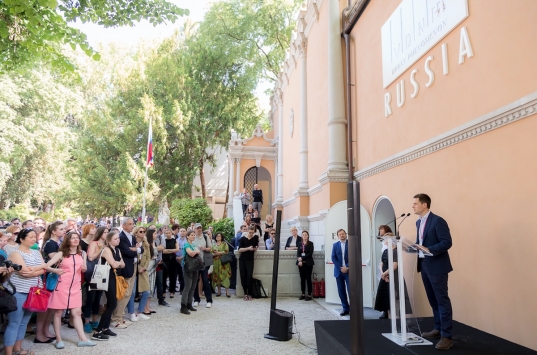 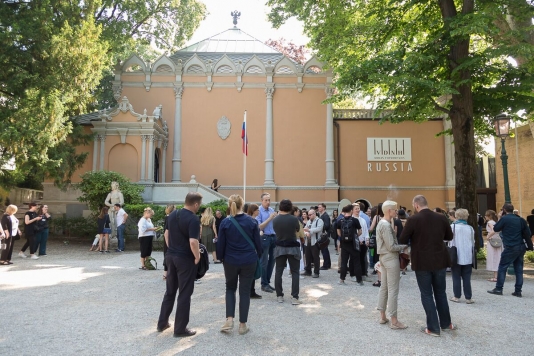 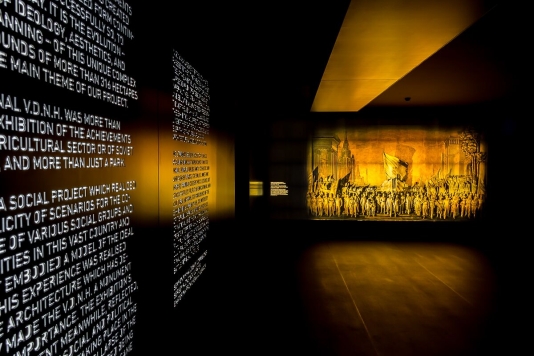 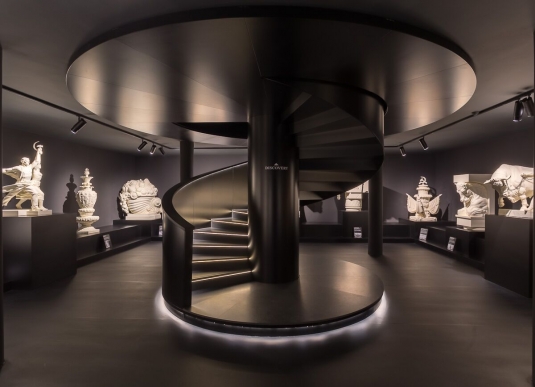 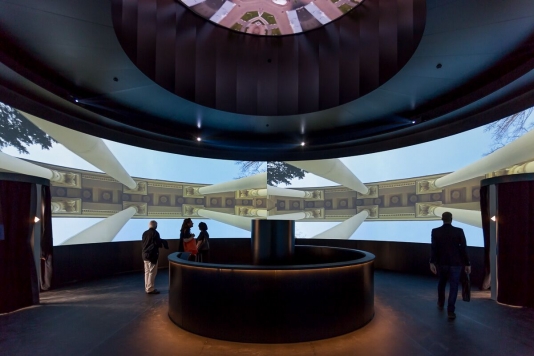 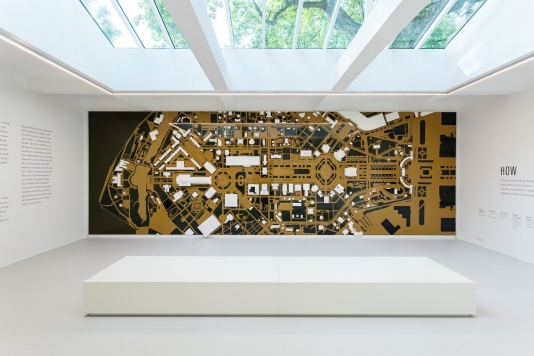 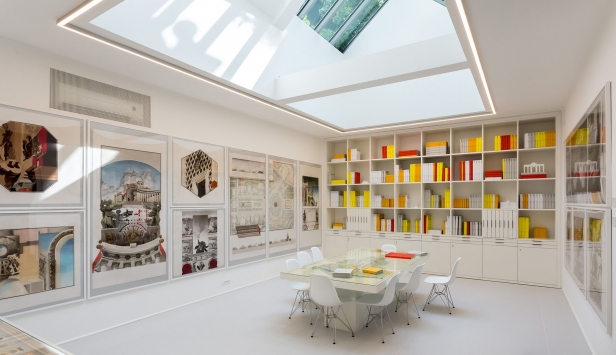 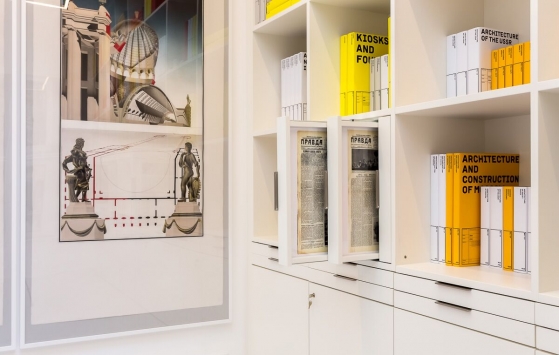 Open to the public from Saturday May 28th to Sunday November 27th 2016 at the Giardini and the Arsenale, the 15th International Architecture Exhibition of La Biennale di Venezia, titled REPORTING FROM THE FRONT, will be directed by Alejandro Aravena and organized by La Biennale di Venezia chaired by Paolo Baratta. The preview will take place on May 26th and 27th, the awards ceremony and inauguration will be held on Saturday May 28th 2016.

The Exhibition will also include the 62 National Participations in the historic Pavilions at the Giardini, at the Arsenale and in the historic city centre of Venice. Five countries will be participating for the first time: Philippines, Kazakhstan, Nigeria, Seychelles and Yemen.

The curator of the Russian pavilion is the Chief Architect of Moscow Sergey Kuznetsov. The co-curator is General Director of VDNH Ekaterina Pronicheva.

Sergey Kuznetsov believes that the today’s development of VDNH is a precise reflection of the theme of the upcoming Biennale, which was titled by Alejandro Aravena as Reporting from the Front. ‘The frontline of today is where people expand their environment, that is, between the known territory and the unknown. A most prominent and significant example of it is VDNH – a unique architecture and nature complex with the total area of 500 ha, which used to be almost abandoned and today, before our eyes, is turning into a multifunctional cultural and educational space equally accessible for everyone and offering every visitor something that would please their mind and soul in a unique and individual way’, - says Sergey Kuznetsov. 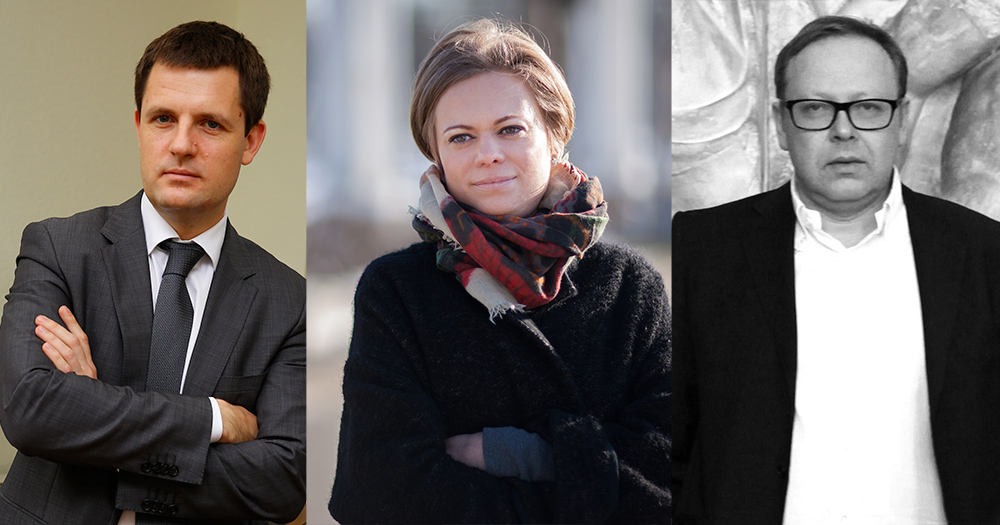 Urban development strategies, modern architecture and integration of various cultural practices helped to restore the VDNH gravity centers and turned the exhibition into a space of equal opportunities, which meets the needs of people in the 21 century. VDNH is the embodiment of the ‘frontline’, where the battle for hearts and minds is led by intellectual, cultural and educational means, and it has become the focus to the exposition in the Russian pavilion at the 15th International Architecture Exhibition of La Biennale di Venezia.

It is not the first time that Sergey Kuznetsov takes part in the Biennale Architettura. In 2010, he participated in ‘Factory Russia’ project created for the Russian pavilion exposition; in 2012, he was the co-curator of ‘i-city/i-land’ exposition of the Russian pavilion, that got a special mention of the Biennale jury. In 2014, Sergey Kuznetsov was the curator of the exposition project ‘MOSKVA: urban space’, a program parallel to the 14th International Architecture Exhibition of La Biennale di Venezia.

Architecture — as an art form and kind of activity — has always been a tool for shaping the environment and social management of society. The curator of the 15th International Architecture Exhibition of La Biennale di Venezia, Alejandro Aravena, who designated the theme «Front Line Report», is trying to define the extent to which architecture is effective in this capacity today. Russian understanding of the specified theme is V.D.N.H. URBAN PHENOMENON Project.

This abbreviation is familiar to any citizen of our country — it stands for the Exhibition of National Economic Achievements, which was created in Moscow in 1939 and continues existing successfully in its modernized form. Actually, the main theme of our project is the ideological, aesthetic and urban evolution of this unique complex with the area of over 316 hectares.

Founded in 1939, VDNH complex not only demonstrated the achievements of various peoples of the USSR, but also offered visitors versatile and meaningful types of leisure. VDNH was much more than just an exhibition of Soviet agricultural and industrial achievements, and more than just a park — it was a social project, implementing diversity of scenarios of coexistence of different social groups and nations within one large country, and actually it embodied the model of an ideal world. In the Soviet Union, as we know, the idea of universal brotherhood and equality was actively developed, although, it was easier to implement within VDNH area, rather than within the whole country.

This experience was embodied in the unique architectural form, which made VDNH a monument of global importance; and thematic exhibitions reflected the social and political processes occurring in the country. After the dissolution of the Soviet Union, VDNH turned into a gigantic and chaotic market, where raggle-taggle trade was side by side with arcade machines. And this format of the area also attracted its consumers: the exhibition area was not empty, just the type of leisure there changed — it was simplified, spiritually impoverished, which entailed gradual physical degradation of the complex.

The situation began to change only in 2014, when the Moscow Government took over the territory and set the ambitious goal to turn the grand-scale complex, created in the Soviet time, into a cultural and educational place that is open to public and complies with the requirements and technologies of the XXI century.

Today, VDNH area is actively being renovated, attracting audience with the aid of urban planning means, architectural and educational techniques. The experience has shown that this method proves to be successful: when primitive pleasures are replaced with intellectual ones, visitor numbers are growing. The study of this process has become the main theme of V.D.N.H. URBAN PHENOMENON Project: when we acquaint visitors with the unique atmosphere of the exhibition, its rich history and unique artifacts, at the same time, we explore the mechanism to create a space of culture and equal opportunities, which meets the needs of modern people. The exposition of the Russian Pavilion not only focuses on the stages of the complex formation, but it also serves as a laboratory where strategies for its future development are being devised.

We believe that V.D.N.H. URBAN PHENOMENON is significant in the context of the whole world. Unlike most of thematic and entertainment parks, it not only provides leisure opportunities, but also successfully performs educational and cultural mission. The integrity of the urban complex, a variety of public spaces and network of national and thematic pavilions create an area that could accumulate and increase the intellectual and cultural energy of the society, which will help to win the battle for the quality of life in both the ideal and the real worlds.