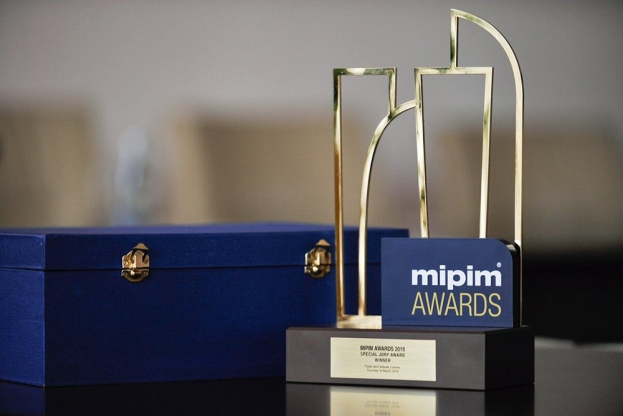 A special prize is annually awarded to one project, which made the strongest impression on the judges from among the finalists of the award. Zaryadye Park received a new prestigious award — the project has become the winner of the MIPIM Awards, an international competition in which the largest manmade structures from around the world have been participating for more than 25 years.

The winners were announced at the awards ceremony held at the Cannes Palais des Festivals on March 14. This victory was not only a private victory of the project, but the first victory of a Russian project at MIPIM Awards.

«I consider this victory an important breakthrough in the perception of the Russian real estate market and the work of our architectural community as a whole,» said the head of the design team of Zaryadye Park, chief architect of Moscow, Sergey Kuznetsov, "for a long time we were not seen as serious competitors of Western projects. This is understandable, because among the winners of MIPIM Awards there are many creations by eminent, celebrity architects, such as, for example, Santiago Calatrava. We had to prove that we are a part of the global urban development process. And we did it by winning with such a large-scale project as Zaryadye.

The expert jury has given the award to Zaryadye Park twice: last year, together with Luzhniki, it was included in the list of finalists, and this year, after the opening of the concert hall, the park received a special jury prize, which is awarded annually to the project that impressed the judges most (The Special Jury Award for the jury’s favorite project).

In 2018, its predecessor was the Catholic-Social Institute of the Abbey Michaelsberg architectural studio meyerschmitzmorkramer in Siegburg, Germany. Project background: Zaryadye Park was opened on the site of the demolished hotel Rossiya in September 2017.

The creators of the park concept were Sergey Kuznetsov, an international consortium led by the American studio Diller Scofidio + Renfro, Hargreaves Associates and Citymakers. The project of the concert hall was developed by the architectural bureau TPO Rezerv under the leadership of Vladimir Plotkin. Timur Bashkaev’s ABTB studio of was in charge of the interior solutions for the media center, the Ice Cave and the Conservation Embassy.