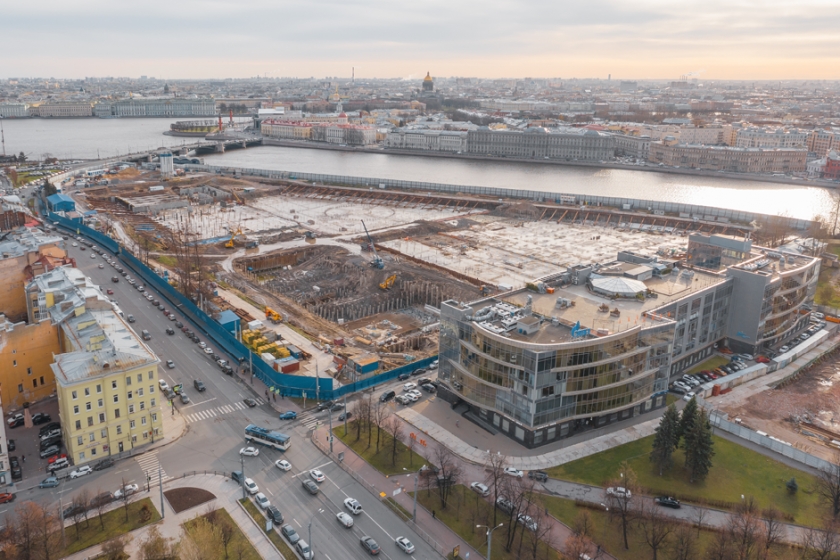 Emerging architecture firms and some of the world’s most famous offices are among the eight finalists in the competition to design a new park in the historical center of St. Petersburg. The winner will be announced in late May.

The international jury of the competition for landscape architectural concepts for Tuchkov Buyan Park reviewed 229 applications from 50 countries and announced the shortlist on February 4:

— Studio 44 (St. Petersburg, Russia) together with West 8, (Rotterdam, the Netherlands)

According to the competition terms, two of the eight competitors are teams of emerging professionals.

On February 17, the shortlisted teams will have their first chance to visit the site of the future park, which is located in the city’s historical center, a UNESCO World Heritage Site, and overlooks the Hermitage and the Peter and Paul Fortress among other iconic landmarks.

The competition was initiated by the government of St. Petersburg, organized by DOM.RF Joint Stock Company, and operated by Strelka KB consultancy firm, in partnership with the European University at St. Petersburg. The competition is endorsed by UNESCO and the International Union of Architects (UIA) and supported by ISOCARP.

“Out of a hundred young teams, we picked two whose roots are in Saint Petersburg out of our great trust in the Petersburg school of architecture,” said Denis Leontiev, CEO of Strelka KB. “The teams proved themselves to be equal with their international competition. We offered the most transparent procedure possible for the creation of the brief. The process of selecting competitors was equally transparent, as confirmed by the representatives of the International Union of Architects (UIA), who spent two days at the jury session. We’re proud of the work we did together.”