The Winner of the Borovitskaya Square Improvement Competition has been Selected 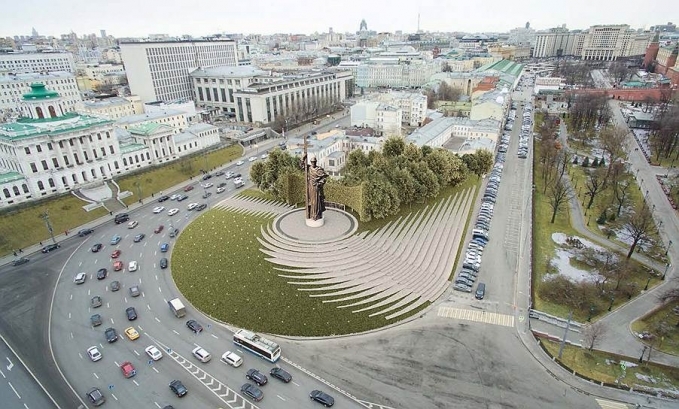 On 22 April the final project for improvement of Borovitskaya Square was presented; a monument to St. Prince Vladimir is planned to be erected in the square. AI Architects Bureau won the competition. 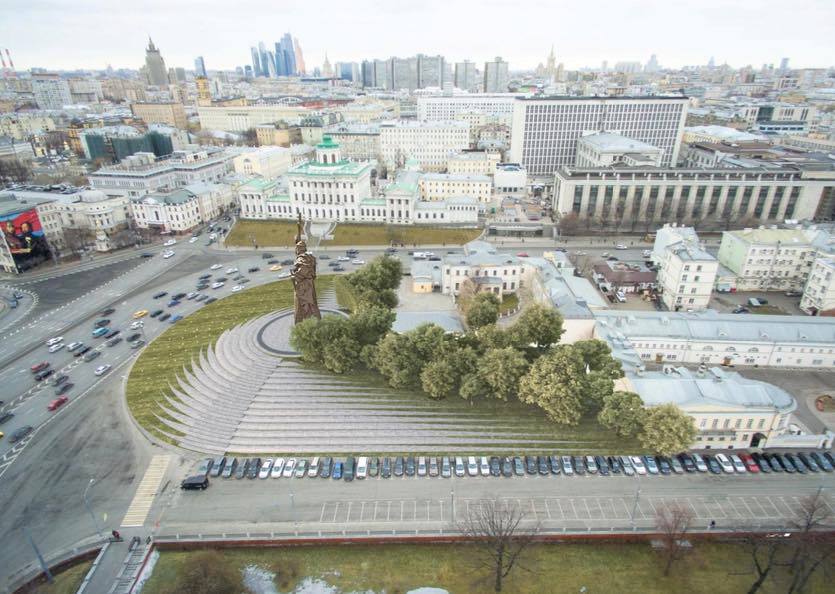 ‘Borovitskaya Square is very important as part of Moscow Mayor’s Program for the improvement of the capital’, said Sergey Kuznetsov, the Chief Architect of Moscow. ‘Today, active work is carried out within ‘My Street’ Program; the entire Kremlin Ring is being improved; there are some significant projects, for example, Zaryadye Park. The concept, which we presented to UNESCO, related not only to Borovitskaya Square, but also to the development of public spaces around the Kremlin — area we call the Kremlin Ring.’ 20 young architects from Moscow took part in the Borovitskaya Square Improvement Project Competition; the top 7 projects were chosen: Buromoscow, NRDN Bureau, ARTEZA Ltd., CPA PRIDE, Wall, AI ARCHITECTS, Kleinewelt Architekten. The projects were created on the basis of strict technical specifications; everything was designed in detail — from the place of the central sculpture and walking routs planning to consideration of the future exploitation of the square and communication servicing. Winners, Ivan Kolmanok and Alexander Tomashenko, created the illusion of a water drop falling into water making concentric circles, which attracted the jury. ‘The project by AI Architects is the allusion that brings us to the story of the Christianization of Rus’. It appears as if water is flowing around the monument: the stone steps, as planned by the architects, represent circles radiating on the water from a falling water drop. In the evening, I think, a beautiful illumination of the monument and steps will be organized’, said Sergey Kuznetsov.