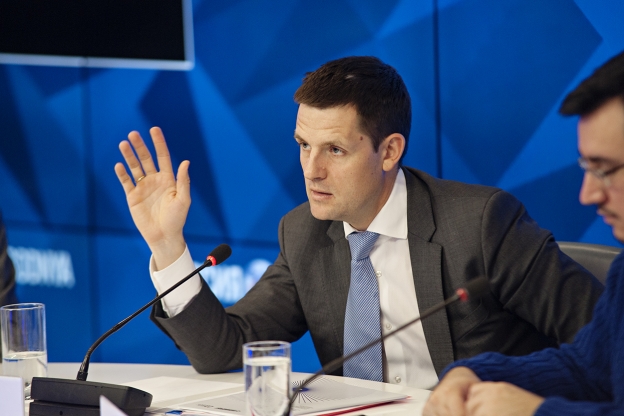 Teams from Russia, UK, Latvia, Italy, Armenia, Argentina, Portugal, Hungary, and Germany will participate in the open competition for the design of the architectural image of the Moscow underground stations. The Organizing Committee received 56 bids at the preliminary stage.

According to the rules of the competition, each bid had to include a visualization of the key ideas of architectural decoration of the three metro stations — «Sheremetyevskaya», «Rzhevskaya», and «Stromynka», as well as the team’s portfolio.

«Our task is to make each metro station special and consistent with the principles of modern architecture. We held a first similar competition in 2014, and learned a lot of new names in design. It is important that these competitions are open for everyone, which allows to attract new interesting projects and solutions from different architects,» — says the head of Stroycomplex.

Finalists of the second stage will be selected on January 24, 2017 at the meeting of the jury. Following the voting results, the jury will select the final 15 teams that will develop detailed presentation of their proposals for the three stations. The work on the competitive projects will last from February 2 to March 13, 2017.

«The decision to hold an architectural competition for the image of the new metro stations is majorly encouraged by the mayor of Moscow, Sergey Sobyanin. The pace of the underground construction hits the record levels: only last year five new stations were commissioned, and soon three new lined will open on Solntsevsky radius. We will hold contests on a regular basis. The current one is the third, its focus is the third interchange loop to be built in Moscow by 2020. Our task is to attract the widest possible range of designers for diversified and innovative solutions, and to see breakthrough projects worthy of the unique architectural tradition of the Moscow metro,» — says the Chief Architect of Moscow Sergey Kuznetsov.

The Chairperson of the Jury is the Deputy Mayor for Urban Policy and Construction Marat Khusnullin. The Jury consists of the Chief Architect of Moscow, Sergey Kuznetsov, General Director of «Mosinzhproekt» JSC Mars Gazizullin, the Head of Moscow Construction Department Andrey Bochkarev, the Director of the Moscow Metro Dmitry Pegov. In addition to the representatives of the city, the decision-making team includes Russian and foreign experts in the field of architecture and urban development: Eduardo Gutierrez, founder of ON-A Arquitectura Studio, the architect of the Drassenes metro station in Barcelona; Olga Aleksakova, founder of buromoscow architectural studio, the author of the best concept of the architectural image of the metro station «Terehovo», and others.

«Sheremetyevskaya» Station is located at the intersection of Suschevskiy Val and the 2nd street of Maryina Roshcha, it will be an interchange to «Maryina Roshcha» Station of the Lyublinsko-Dmitrovskaya Line.

«Rzhevskaya» Station will have two halls with access to «Rzhevskaya» platform and the Rizhskay Square, is the nearest station to the Kremlin of the third interchange loop with a transfer to «Rizhskaya» station of Kaluzhsko-Rizhskaya Line.

«Stromynka» Station will have access to the main entrance of the Sokolniki Park, to Strominka Street, with a transfer to «Sokolniki» Station of the Sokolnicheskaya Line.