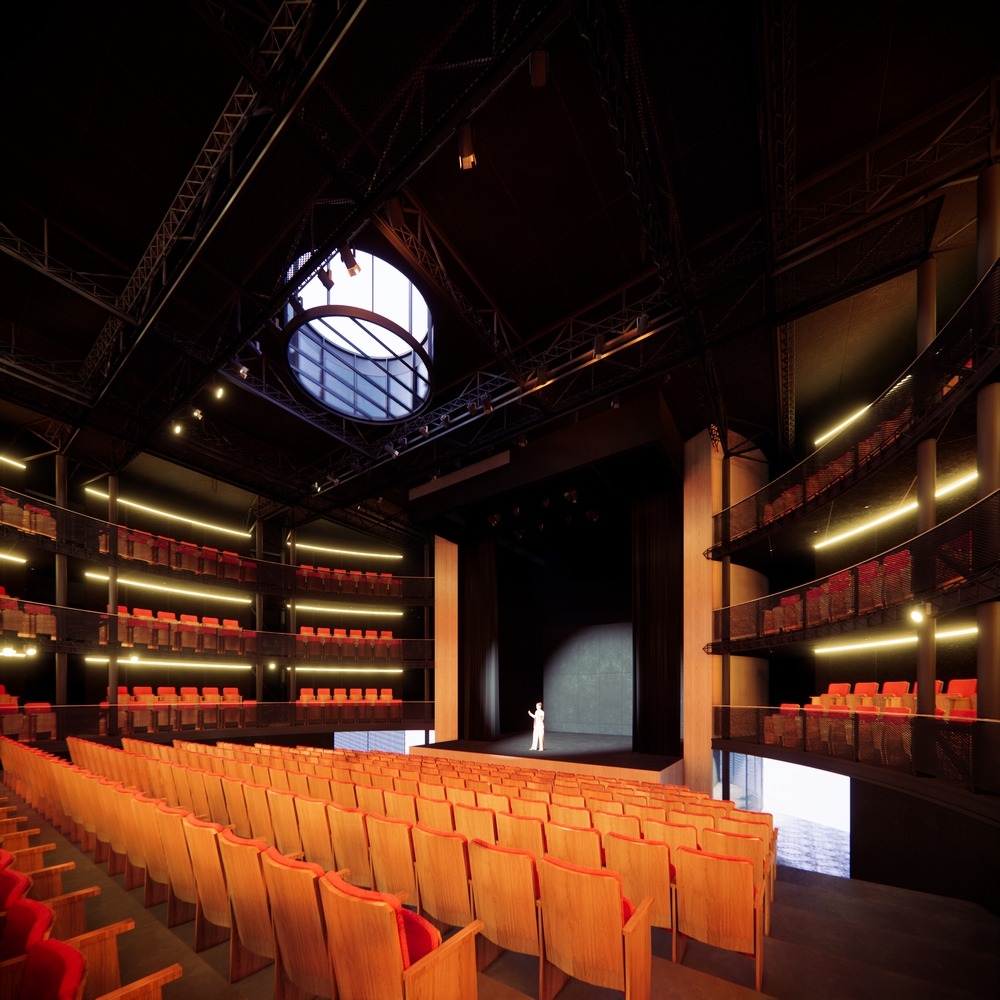 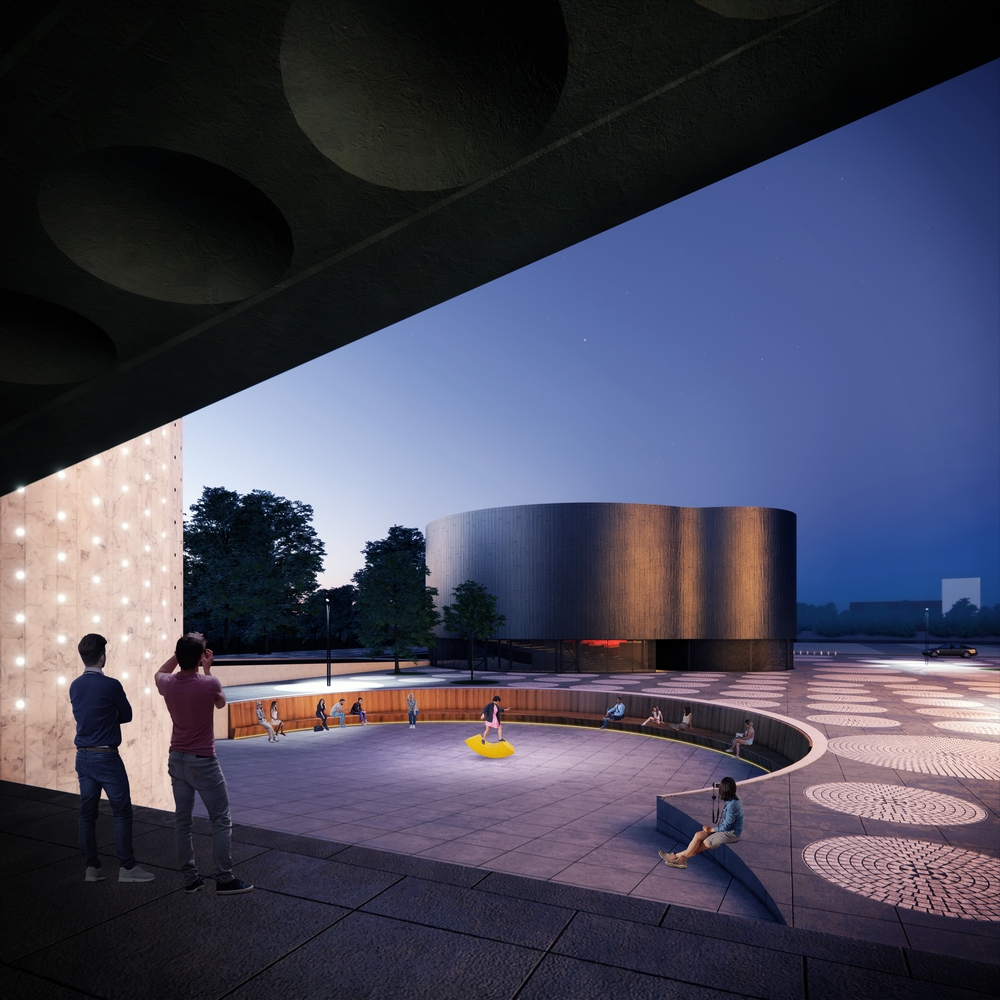 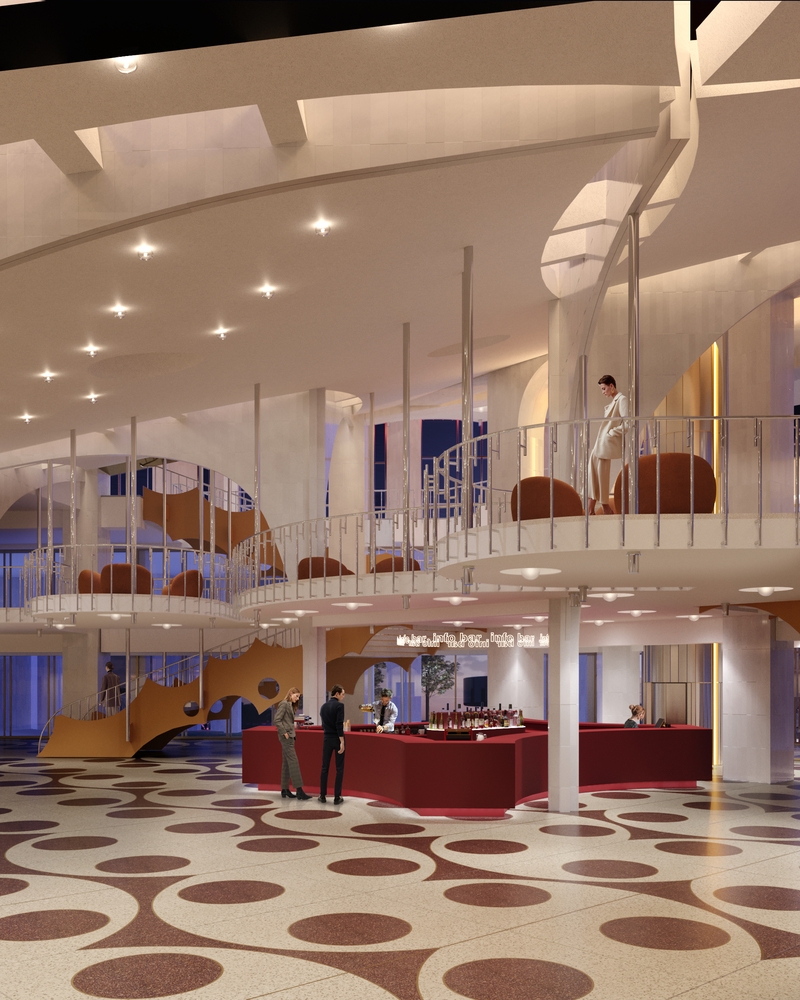 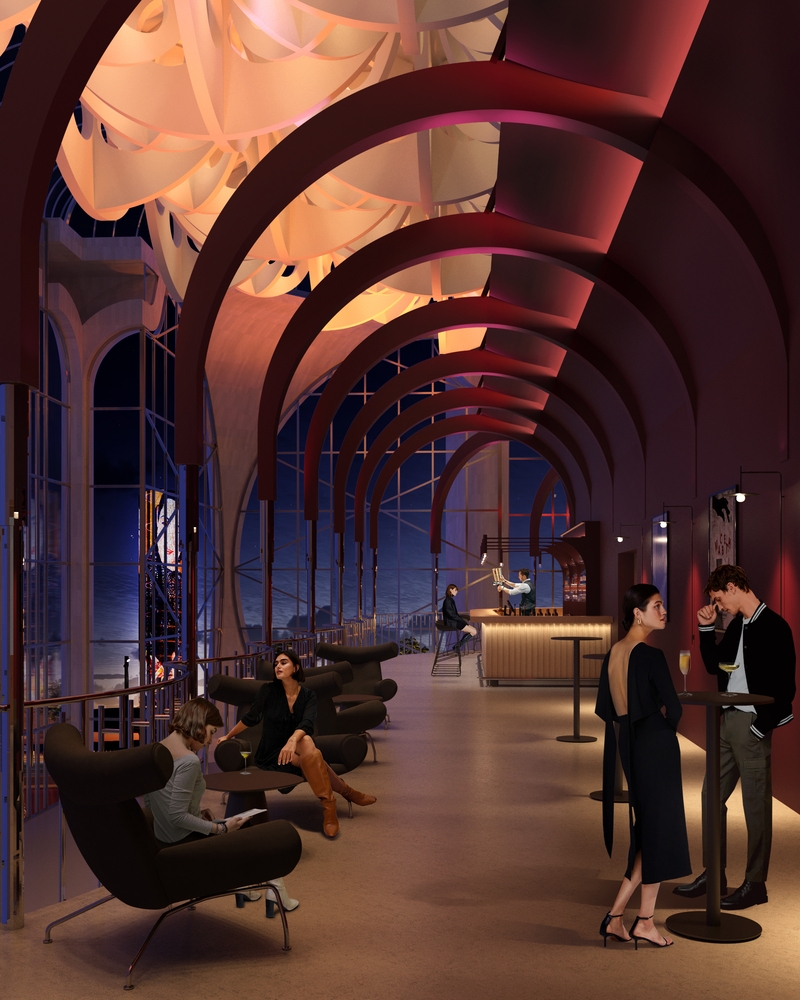 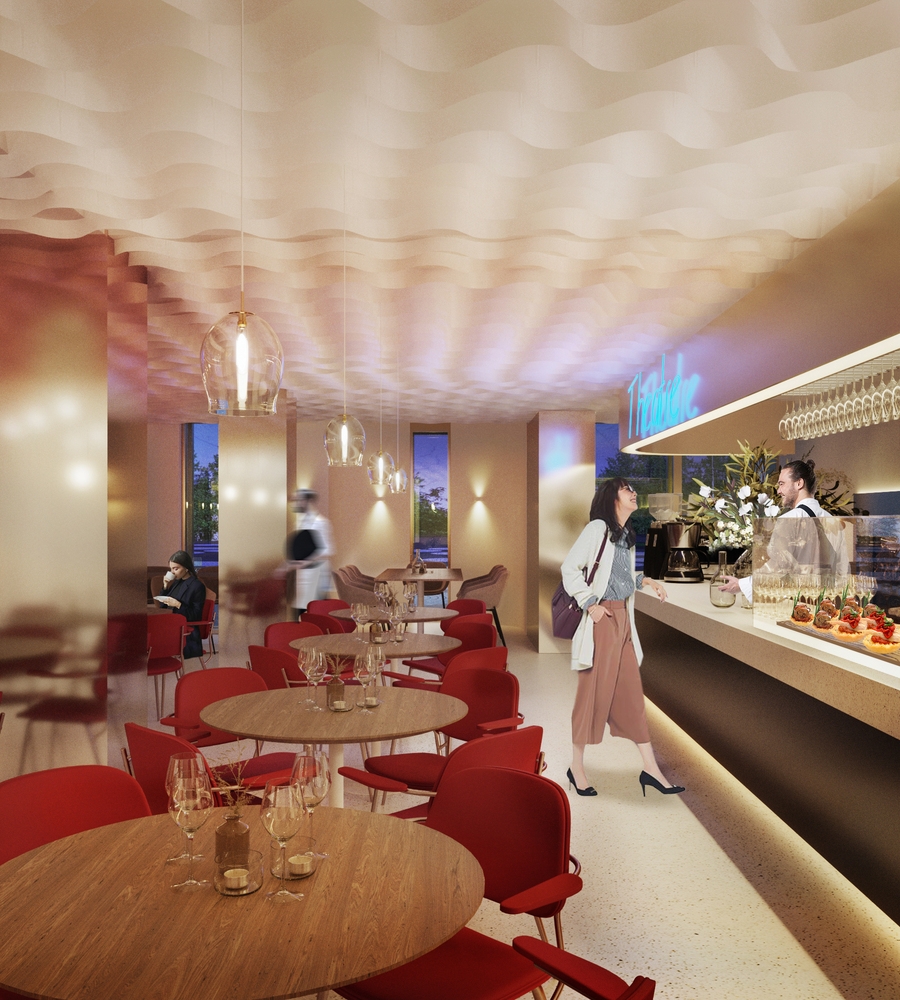 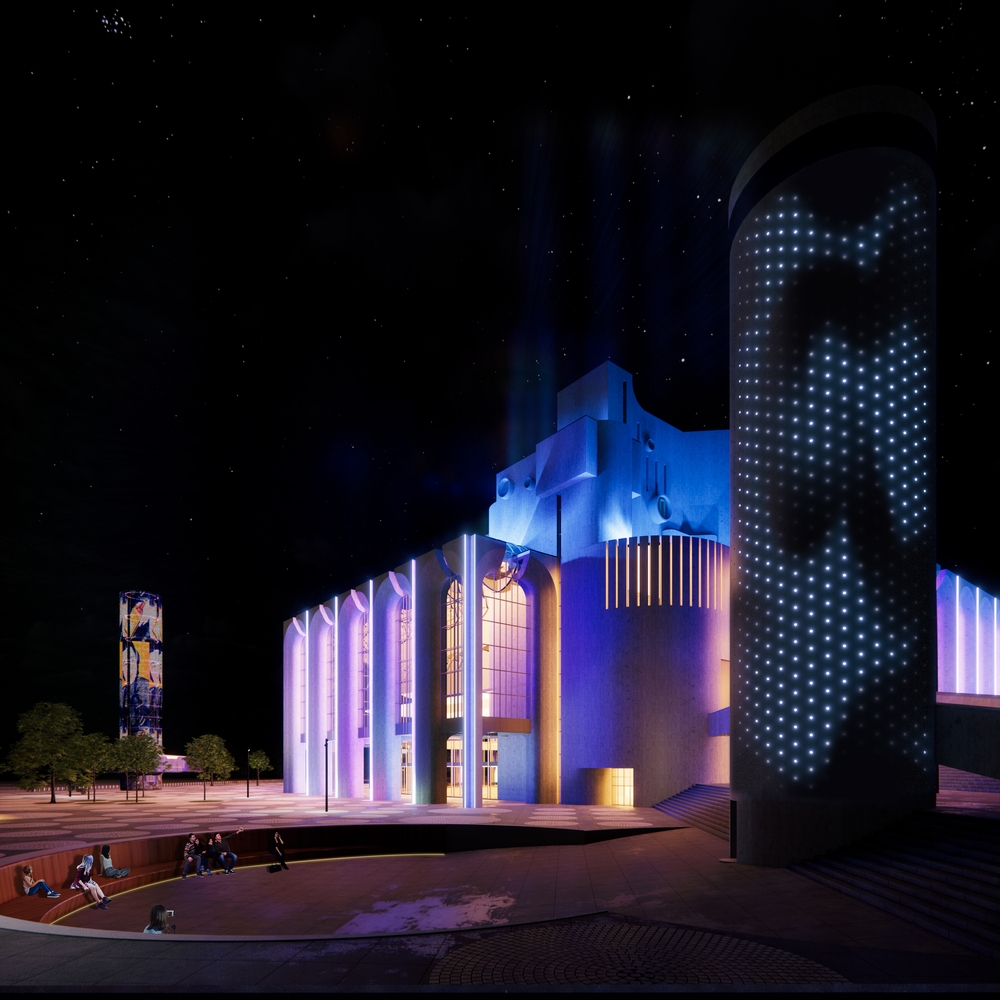 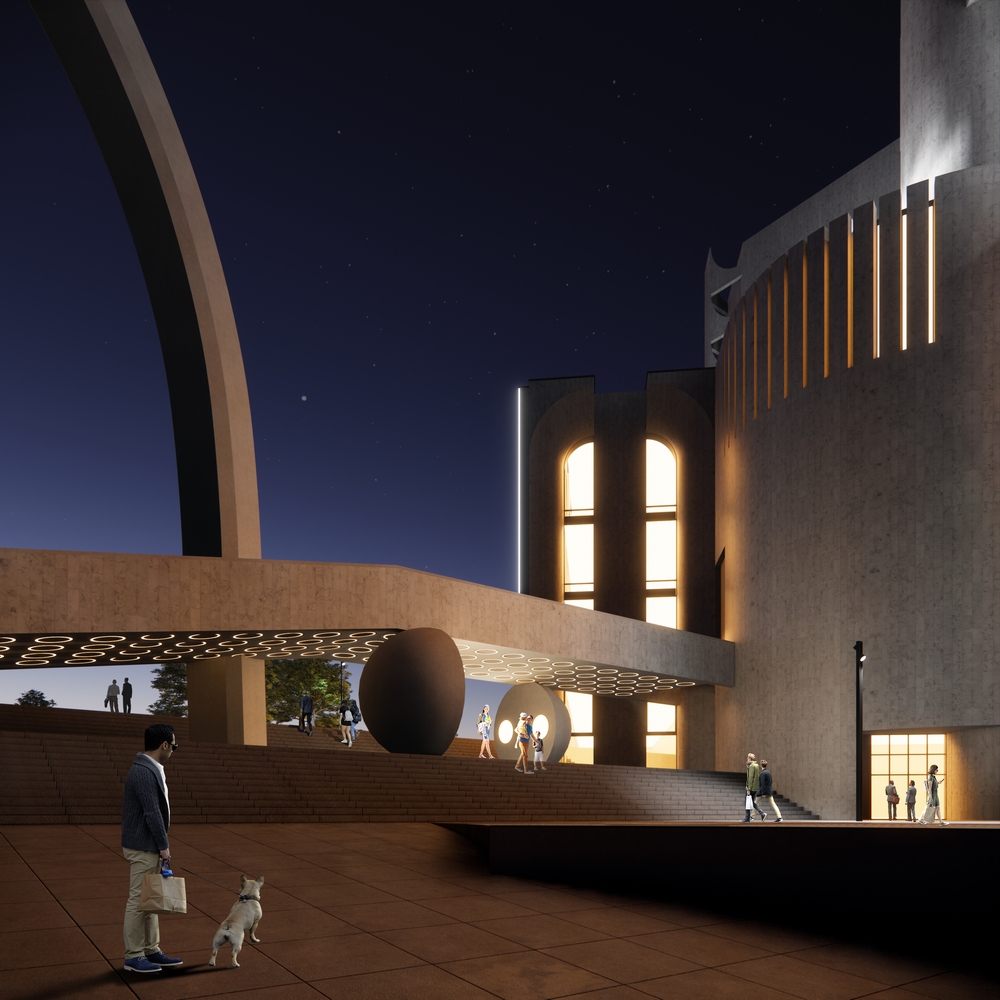 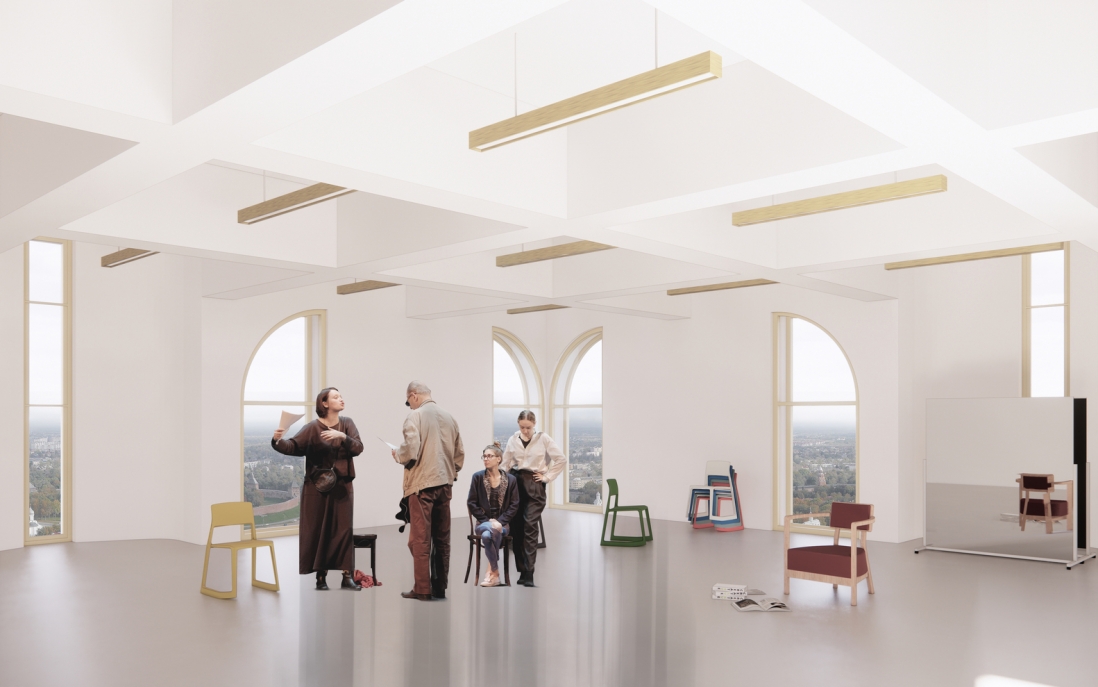 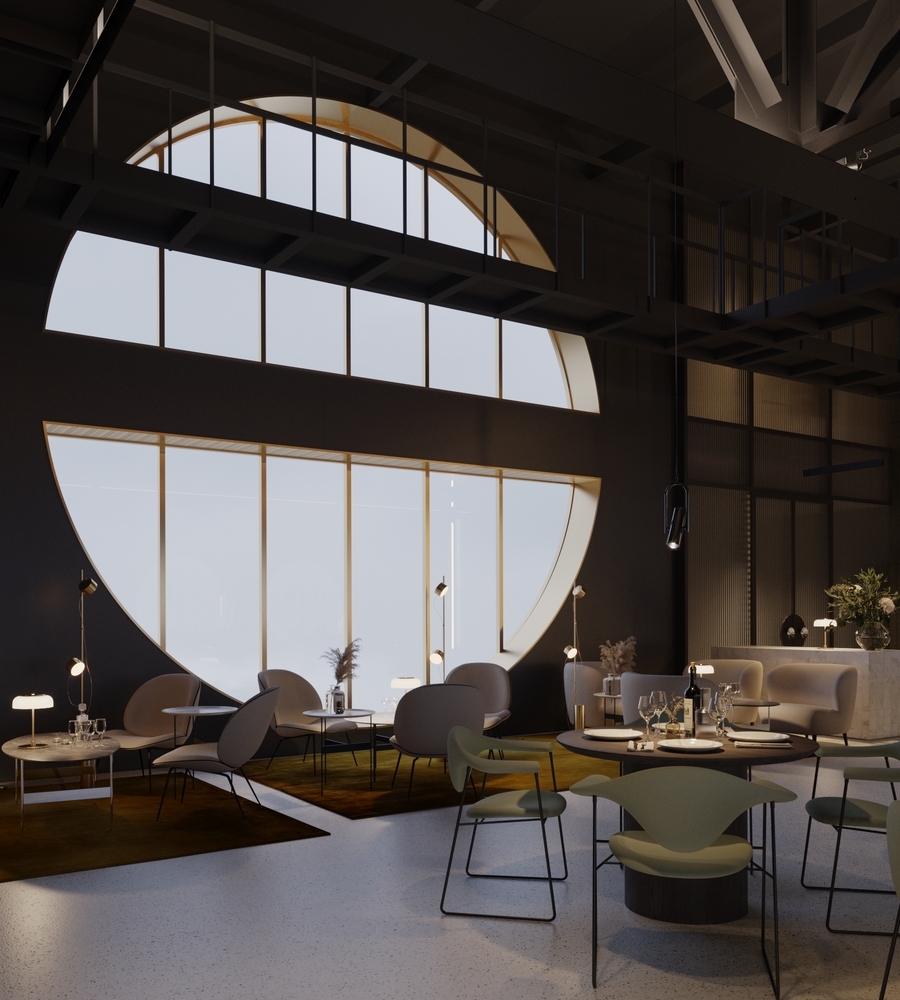 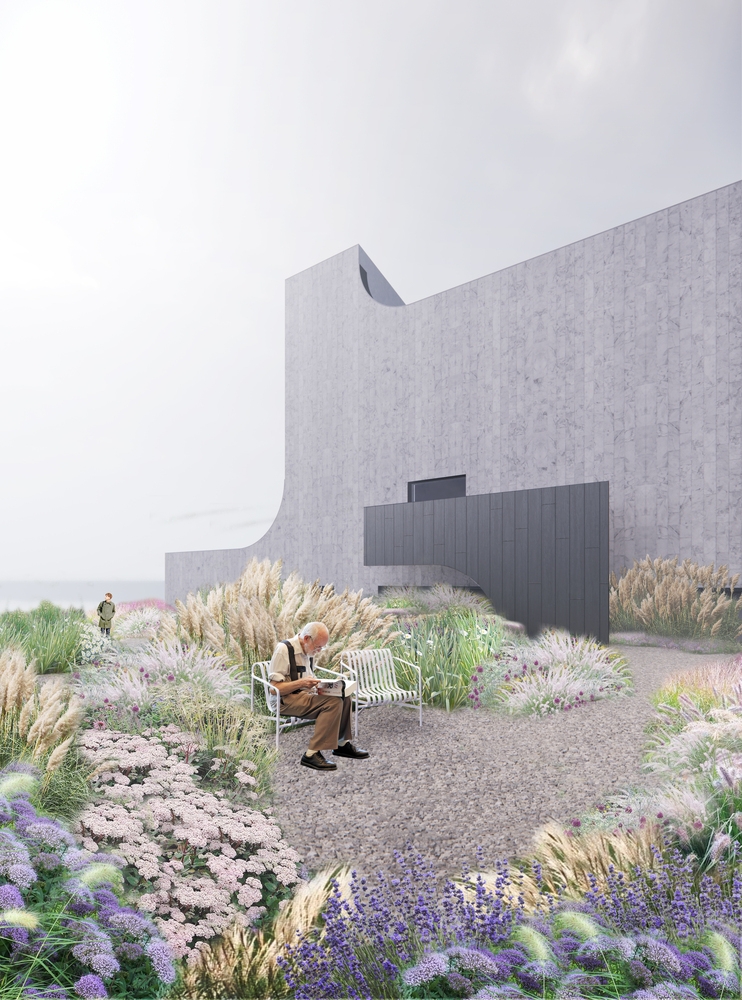 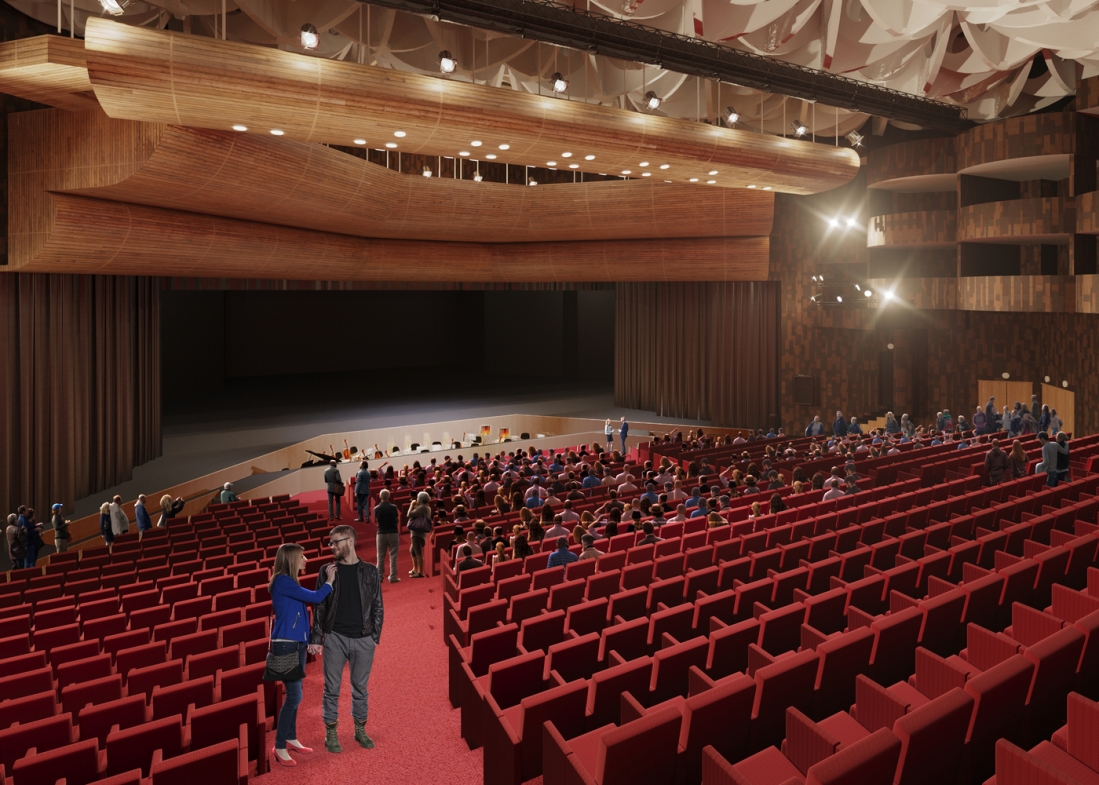 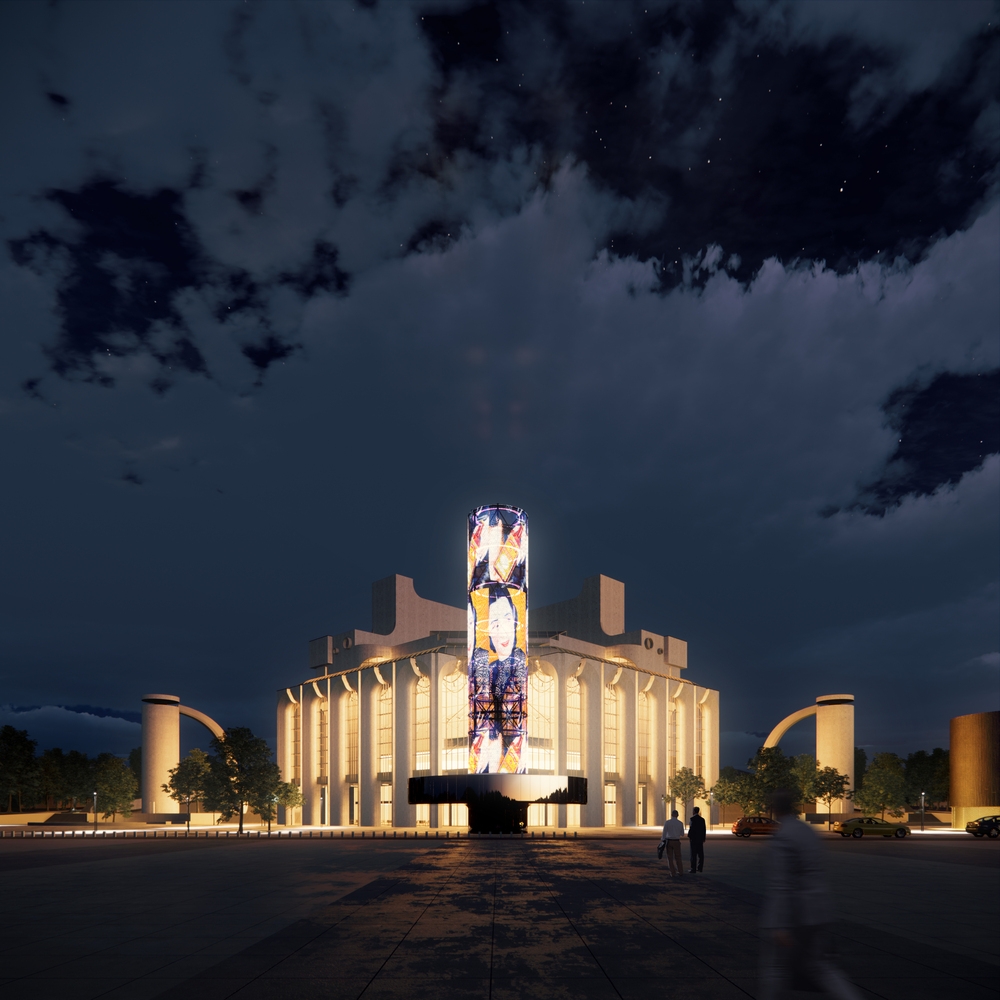 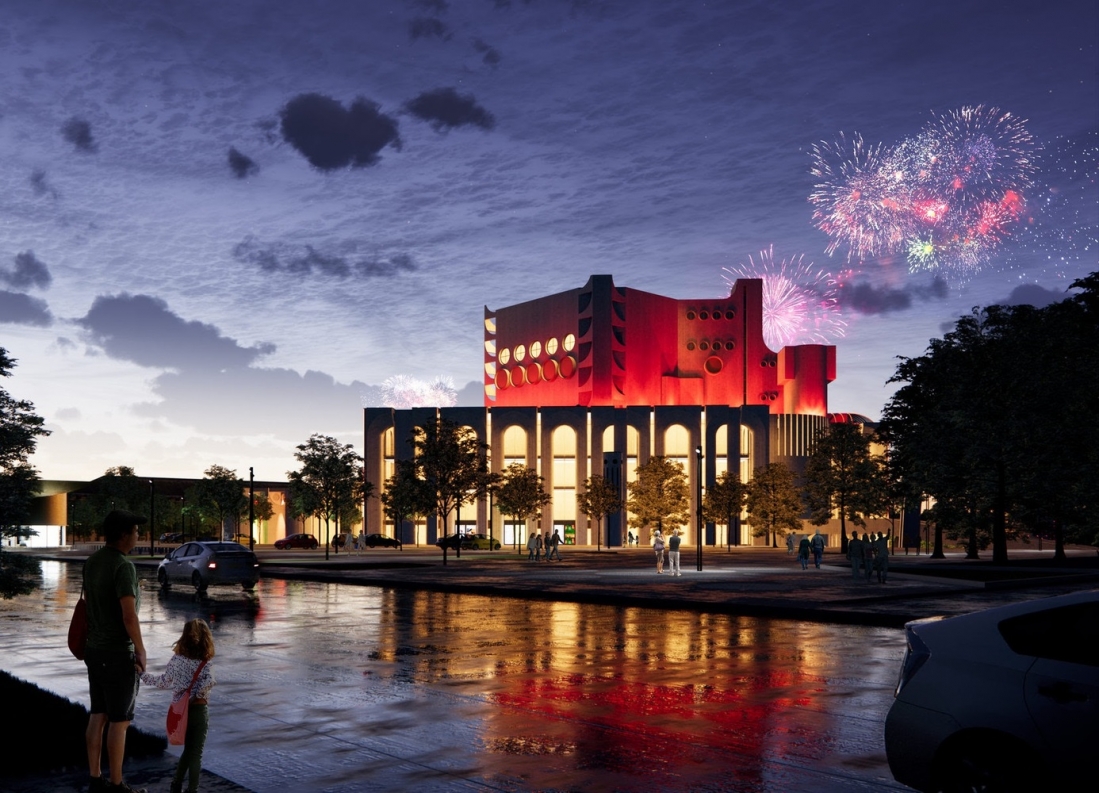 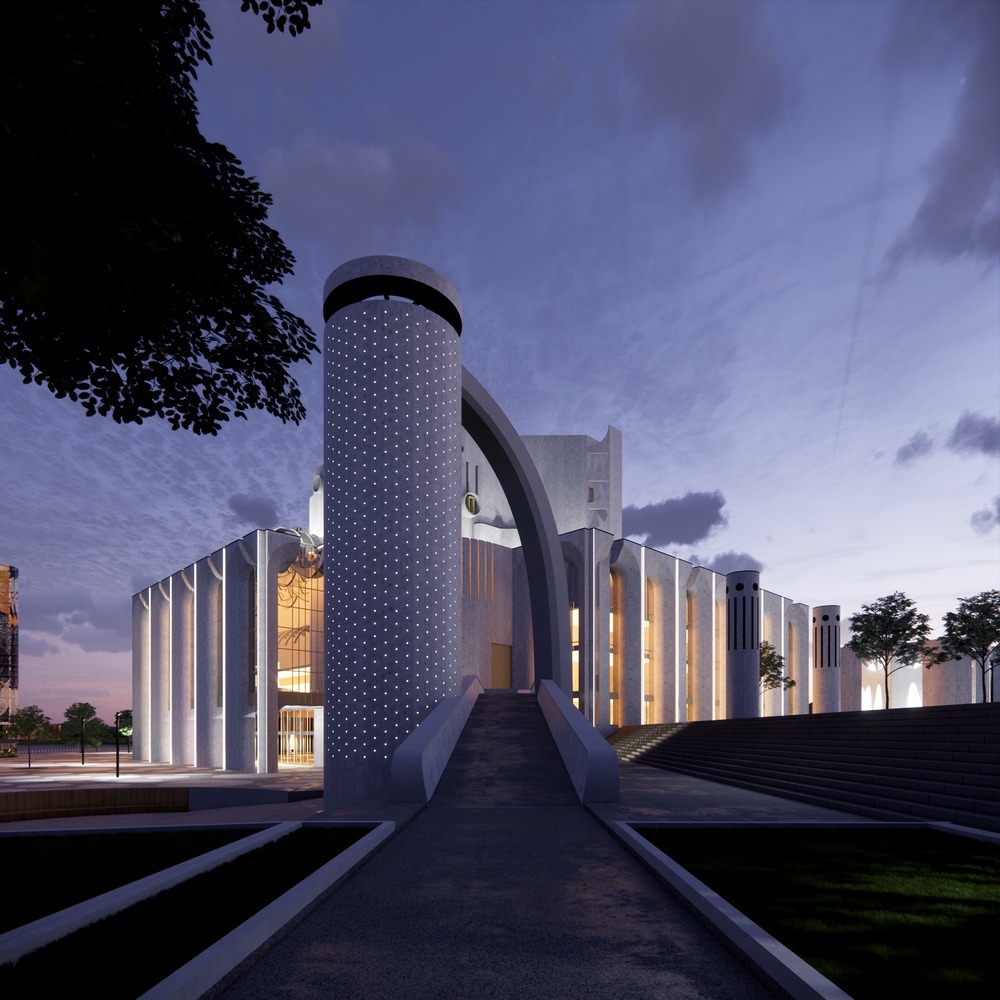 St. Petersburg-based Rhizome has won the competition to reimagine the Dostoevsky drama theater in Veliky Novgorod. The renovation design aims to enhance the theater’s iconic features and make room for a range of new cultural functions and programming. The idea is to transform the theater into a cultural cluster for locals and the tourists alike while highlighting the value of late 20th century modernist architecture.

As the design team notes, the renovation concept proposes an additional layer of developments and facilities that blend in without imitating the existing heritage structure. Metallic textures, reflective materials and bright colors complement and enhance the proposed solutions; various shades of bright red were chosen to create a new identity for the project. The new spaces are interlinked to present the theater as a single, coherent, permeable landscape that emphasizes transparency by allowing visitors a peek into the life of the theater.

The Russian and international jury members shortlisted three practices: Archiproba Studios (Moscow), FORM bureau (Moscow) and Rhizome group (St. Petersburg). The finalists had to create a concept design for the renovation of the theatre under the guidance of Roger Watts, director of Haworth Tompkins studio. The three architectural practices were chosen out of 16 participants that had submitted their portfolios and visions.

The contest was initiated by the government of Novgorod region. Strelka KB consultancy was invited to operate the competition. DOM.RF, housing development corporation and Acron group, became partners of the project.