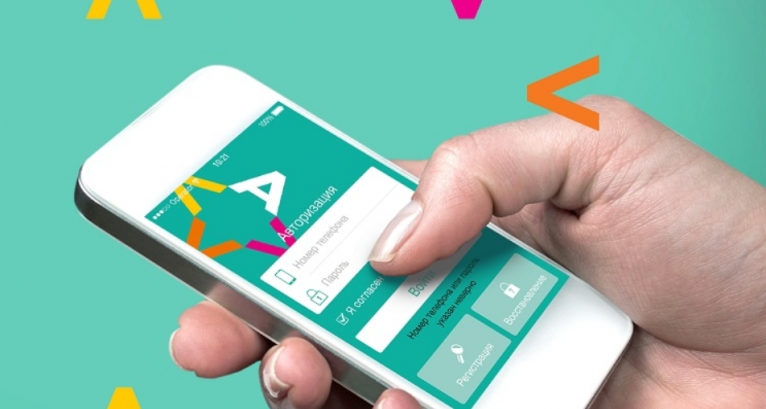 The winners of the international competition for the architectural appearance of new Moscow Metro stations — Sheremetyevskaya, Rzhevskaya, Stromynka — are to be chosen by Muscovites. Moscow Mayor Sergey Sobyanin proposed to put the designs of the three stations to the popular vote under the Active Citizen Project. The first vote on Sheremetyevskaya Station starts on May 18.

Vote on Rzhevskaya and StromynkaStationsare to begin on 23 and 25 May, respectively. People can vote for the best projects via the application or at ag.mos.ru.

Sheremetyevskaya, Rzhevskaya, Stromynka arestations of the Third Interchange Contour, the construction of which will reduce the passenger load on the central stations and will connect the peripheral areas of Moscow. Under Active Citizen Project, there are three design projects presented for each station, which were shortlisted by the professional Jury at the international architectural competition. The competition was initiated by Mosinzhproekt JSC, which is the sole operator of the development program for the Moscow Metro, and organized by the Agency for strategic development CENTER.

The jury of the professional competition included Deputy Mayor of Moscow for Urban Development and Construction Marat Khusnullin, Chief Architect of Moscow Sergey Kuznetsov, Director General of Mosinzhproekt JSC Mars Gazizullin, Head of the Moscow Department of Construction Andrey Bochkarev, the management of the Moscow Metro, as well as leading Russian and foreign experts in the field of architecture and urban development.

Rating of finalists following the results of jury session:

«Construction of the second ring is a mega-project, the largest in the history of the Moscow Metro. The ring will connect peripheral areas of Moscow and reduce passenger travel time by 20-25%. It is expected that about one million people will be using the new line every day.

We pay great attention to the architectural appearance of the new stations. It is our principle position that each of them should be unique with its own identity. Muscovites are to vote for the best architectural projects for Sheremetyevskaya, Rzhevskaya and Stromynka stations of the Third Interchange Contour. The projects have been selected by an expert jury from dozens of projects submitted by the leading architecture and design bureaus and studios of Russia and other countries.

All three station projects have their own specific features and refer to the history of a particular area and they are „embedded“ in the urban context. We value opinion of residents about which of these projects is the most successful and interesting. We are launching electronic voting so that everyone can make a choice.»

«While implementing a large-scale program of the Moscow Government for metro construction, at the current stage, Mosinzhproekt JSC continues the traditions of the founders of the Russian metro engineering to create the most beautiful underground in the world, including competitions for the best architectural and artistic solution for station designs.

It’s not the first competition held by the company; and it is worth noting that with each subsequent competition the level of submitted projects is steadily growing. The task for the contestants is to offer interior solutions that will make each station unique and recognizable for passengers. At the same time, the appearance of the stations should dovetail harmoniously with the existing urban space and become an integral part of it.

Having carefully considered each of the submitted projects, it should be noted that they are made with high-level technical consideration in accordance with the requirements of the Moscow metro. The projects that we found particularly interesting presented new planning and architectural designs and lighting solutions, and application of materials that had not been used before in the finishing of metro stations.»

«We saw a lot of really interesting projects: new ideas in terms of architecture and design, improvement of security systems and navigation, operation, anti-vandal protection, etc. We witness the formation of a fundamentally new concept of metro — more dynamic, vibrant, maybe not so monumental as before, but definitely very interesting.»

The open competition for the architectural appearance of the three Moscow metro stations was held in two stages: during the first stage 15 finalists were selected from among 56 submitted applications; the second stage involved development of architectural concepts for the three stations. One winner is to be chosen for each station; the finalists will sign a contract to develop design projects.

According to competitive selection criteria, the finalists should provide solutions suitable for the surrounding space, sustained in time, technological, adapted for movement of all categories of population, as well as convenient in terms of navigation.

Will be located at the intersection of Sushchevskiy Val and 2-ya Maryinoy Roshchi streets; it will be a station to transfer to Maryina Roshcha Station of Lyublinsko-Dmitrovskaya Line.

The concept is based on the association with formal features of noble decorations, namely, porcelain and tiles. The columns having tubing construction are convex-shaped and decorated in the style typical of mansions for nobility. The project updates the best solutions of metro construction during Stalin era.

At the time, Maryina Roshcha used to be a favorite place for public festivals, so it was decided to embody the alley image in the station design and recreate association with the day light coming through the trees. It turned out to be an atmospheric interior with the use of different variations of lighting solutions and materials. This project creates the impression of a modern, light and clean space.

The concept is based on the architectural integrity of the place, which is adjacent to «Planet of KVN» building with its wave-like facade. The main idea of the project — Movement — Speed — Modernity — reflects the rapid development of the area where the station is located. Longitudinal lighting creates the effect of movement associated with the speed of light.

Will have two lobbies with entrances to Rzhevskaya platform and to Rizhskaya Square; it is the Third Interchange Contour station which is the closest to the Kremlin having a transfer to Rizhskaya Station of the Kaluzhsko-Rizhskaya Line.

The concept reflecting the spirit of the place through architectural idea. The objective pursued by the architects was to create a comfortable, light and harmonious space. The elements of stations and lobbies will emphasize the link with the unique historical and cultural context of the district located next to Rizhsky station — that used to be called ’gates to the city’.

The concept is based on the stylistic continuity of the architectural style of the XVII century — the Russian, Moscow Uzorochye style. The main patterns and traditions are reinterpreted and conveyed with the means of contemporary architecture. Therefore, traditional methods of element design, materiality and naturalness of «proto-ornaments» are transferred to present day, new reality, creating aesthetic and sculptural bases for decorative design of the station space.

The design solution for the station refers to the architecture of the first line of the Moscow metro, namely the works by N.A. Ladovsky. Due to alternation of red and white colors in the finishing, the concept visually reflects the spatial interaction of three cylinders — tunnels. The chosen color scheme highlights the priority movement directions for passengers.

The objective of the architectural solution is to create a unique landmark. The general idea is to organize a transitional buffer between the three environments: underground, park and historical and cultural context, place for waiting, meeting, adaptation when getting from city streets to underground and vice versa. The visual concept of «anthropogenic forest» is expressed through architectural and art abstraction.

The visual solution is defined by the proximity of Sokolniki Park. The interior details are inspired by the theme of park architecture with arch elements, pergolas, and outdoor gazebos among the trees. Stromynka Station is actually a link between the city and the park, merging into Losiny Ostrov National Park and passing over the boundaries of the city. The architects are recreating the idea that metro is «a palace for the people» by using modern tools.

Stromynka Station is in fact a constructive «twin-sister» of Sokolniki Station. Getting from Sokolniki Station to Stromynka Station is like travelling in time, from the 1930s to our days. In the platform area, there is a system of projectors that project videos, which creates various station looks. The station interior is based on monochrome color palette. The above-ground pavilions, passages and lobbies are performed in light tones. As you move underground, the finishing becomes more contrast, thus, media projections are clearly distinguished against the background. In Soviet times, metro stations were built as «palaces for the people» and the architects try to return this attitude to the modern metro with the help of media content.