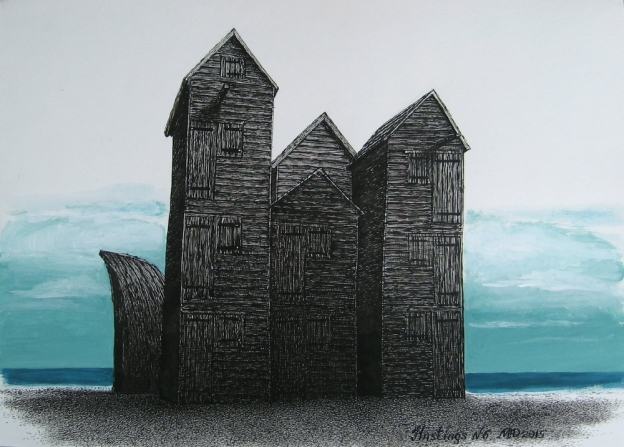 Website Archplatforma.ru (a group of web-sites 360.ru), Sergey Tchoban Foundation — a Museum for architectural drawing and the main architect of Moscow Sergey Kuznetsov invite the architects and artists drawing architecture to represent their graphic freehand works in four nominated categories.

Participation in contest is allowed for both the professionals, and the students of creative universities of an age of 14 or older. Participation is free of charge.

Total prize fund of a contest declared by the contest organizers amounts to 100 000 rubles. It may be handed over to the author of the best work in any nominated category as a Grand-Prix, or, by the decision of the Jury, divided among several authors.

A contest news — a Special prize from Sergey Tchoban Foundation — a Museum for architectural drawing in a nominated category “Architectural phantasy”: the author of one of the best works will have the opportunity to visit an exhibition of the Museum.

For the winner in a nomination category “Moscow: Genius of place” a special prize from its curator is provided — the main architect of Moscow Sergey Kuznetsov.

The contest comprises two stages. The first tour is disclosed in internet-format: admission board considers the materials loaded by the participants in electronic format to the web-site of the contest and publishes the admitted applications. After moderation the Jury is forming the long- and short-lists.

At the second tour the Jury makes an assessment of the originals of works included into short-list.

The chairman of the Jury — Sergey Tchoban, the founder of the Foundation of architectural drawing Tchoban Foundation Museum for Architectural Drawing, the chief partner of the bureau SPEECH (Russia, Moscow) and nps tchoban voss (Germany, Berlin).

Termination of moderation (consideration of all the received applications): until December 30, 2016 inclusive
Publication of long-list at the contest web-site: until January 25, 2017
Publication of short-list at the contest web-site: until February 1, 2017
Originals review: March-April 2017
Termination of viewer voting: date of termination will be additionally reported
Declaring the winners and Awarding Ceremony: date and place will be additionally reported

Before works loading it is necessary to attentively get acquainted with the terms of the section of the chosen nominated categories!