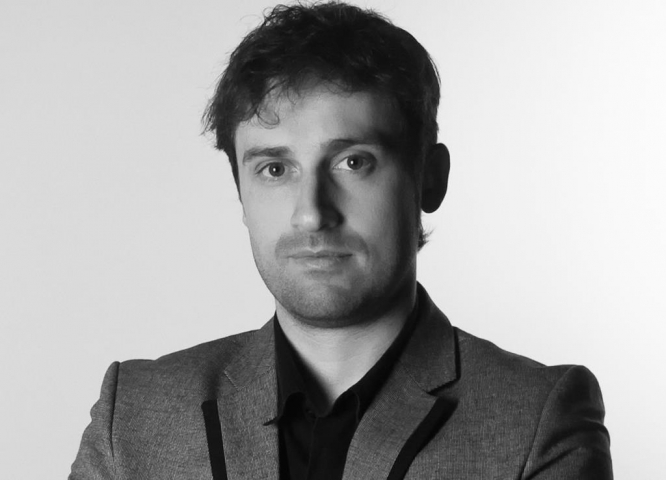 Drassanes Metro Station in Barcelona is one of the most amazing subway projects in the world. The station was built in 1968; it was reconstructed by young architects of Barcelona Architecture Studio ON-A Arquitectura, Eduardo Gutiérrez and Jordi Fernández. Eduardo Gutiérrez was invited to join the jury of the third Moscow competition for new metro stations, and we seized the opportunity to ask the architect some questions.

ArchCouncil: What station elements, in your opinion, are the most effective to create a bright image?

Eduardo Gutiérrez: Firstly, I would work primarily with the elements that have direct relation to passengers. Secondly, I would work with the light. And after that, I’d try to use modern information technology that can radically change appearance of the underground space.

—What do you mean, speaking about the elements that passengers contact with?

—A distinction should be made between visual and physical contact. Physical contact means everything that is directly near the passenger: benches, station walls that you can lean against, elements of escalators and other infrastructure at the station. 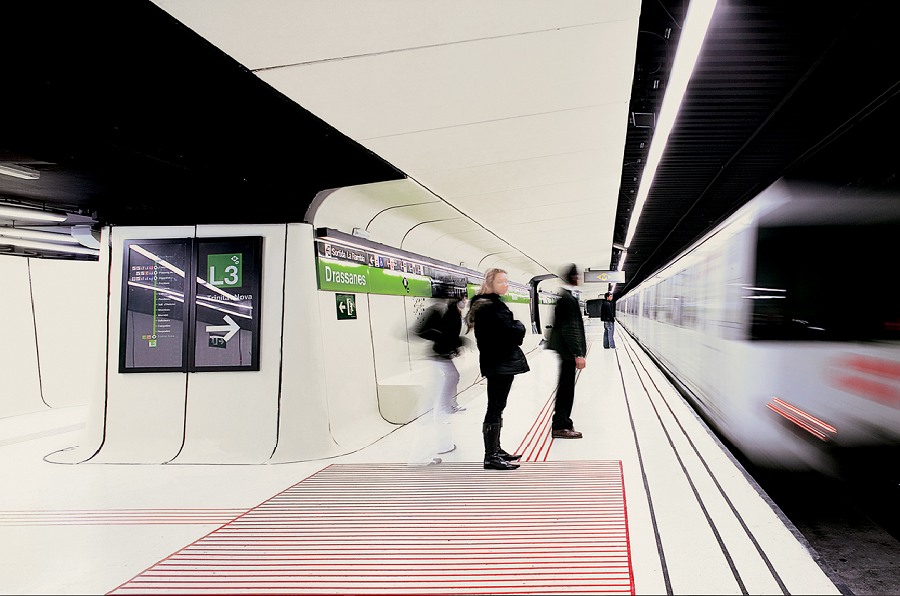 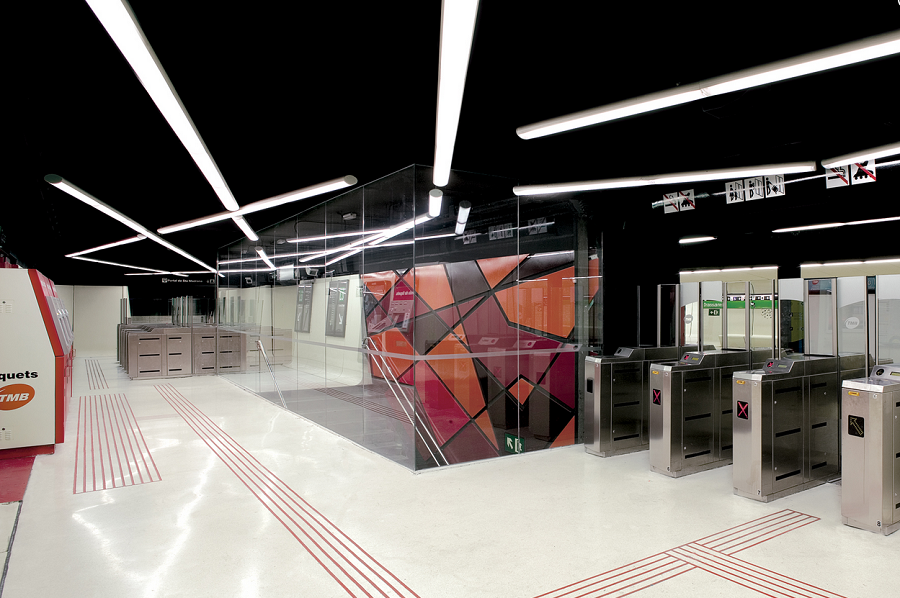 Also there are things that mean visual contact; these are information channels that passengers use being under the ground. It is very important to ensure the fastest possible traffic flow and provide easy-to-follow information.

Of course, in addition to this, the task of the architect or artist is to make the station emotionally charged. This can be achieved by working with color. But it’s not the only possible way. Unfortunately, today such means as new technologies and augmented reality are seldom used—but I like them, as it’s a great way to enhance the interactive nature of the subway station.

—In what way can such media be used at the station?

—For example, when working on the project of Sant Andreu Station in Barcelona, we developed the technology that passengers could use to change lighting at the station via mobile phone application. However, in the end, we failed to put it into practice due to budgetary constraints. Though, on the whole, we did that partly: the light at the station changes depending on the frequency of train operation: for example, when they are on a tight schedule, the light shifts to red colors.

Moreover, different information and pictures can be displayed on the station ceiling via our projectors—that is to say, it is an interactive ceiling.

—Almost all finalists of this competition consider your Drassanes Station as the best modern subway station. What’s the secret of its popularity?

—That is what I mentioned in the beginning: we focused on the passenger’s contact with the station. First of all, we worked a lot with lighting there. The station used to be rather dark (1968 YrBlt), and we tried to make everything lighter, so that passengers would have a sense of security. In particular, we placed the light sources in the station halls in the way that provides maximum light to the area using the minimum equipment. At first it even caused us to doubt the weird location of lamps, but in the end it produced the desired effect.

Then we worked on forms. We avoided square corners, trying to create a sense of continuously flowing space. As a result, we got curved lines, contours and all shapes resembling a spaceship design.

And of course, we used new materials. I mean glass fiber reinforced concrete, which had not been previously used in construction of stations in Barcelona. By the way, it is one of the key to success of this project. 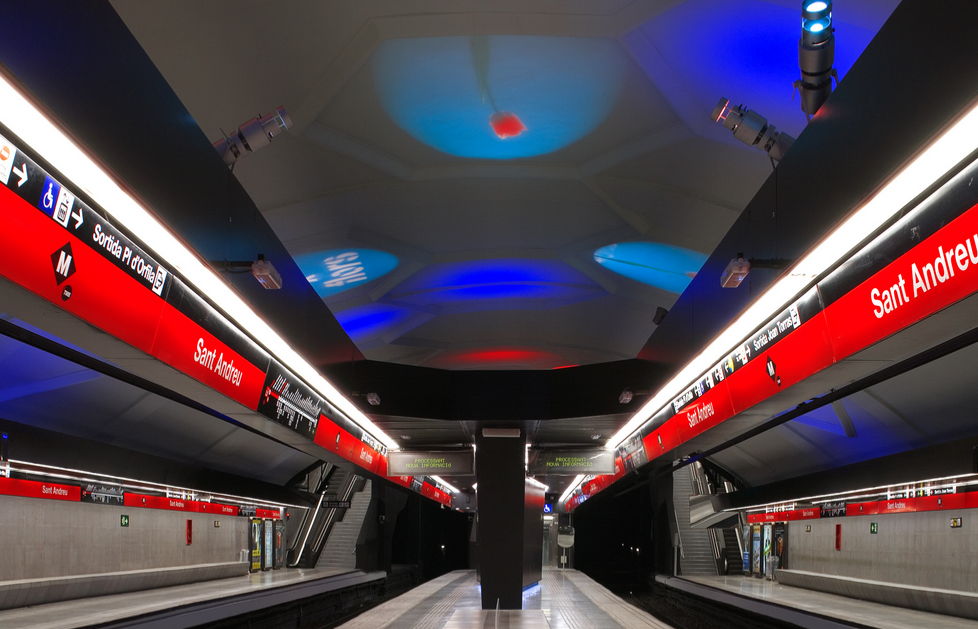 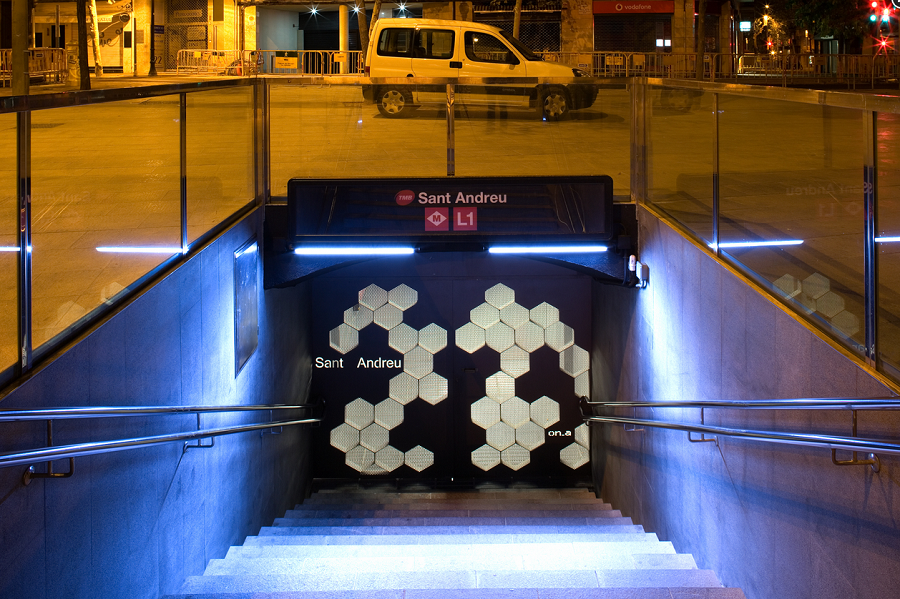 —Are all modern stations in Barcelona structurally the same?

—No, they are all different. New lines—e.g. Line 9—offer opportunities to use unusual materials and experiment with colors. So when you come up with a design project, you have a lot of freedom to do whatever you want. You only have to stay within the budget.

—And can you use concrete?

—Yes, as in Drassenes project, but that was GRC rather than armored concrete. Of course, you cannot use wood because it is flammable. Fire-hazardous plastic is also forbidden. Metal cladding and ceramic elements are possible. In general, when designing subway stations, the architect always has to comply with a set of obligatory rules, and there is no other way. Considering these restrictions, he needs to find the opportunity to express himself.

—Should metro stations in different cities reflect the national identity?

—I think no. There are more important things: firstly, you need to have a clear understanding of the station concept and its functionality. For example, if a station is well-integrated into the environment, it’s the right decision. Secondly, you need to think about innovations and how to bring them into the project. And thirdly, durability is certainly of great importance, because millions of people will use your station.