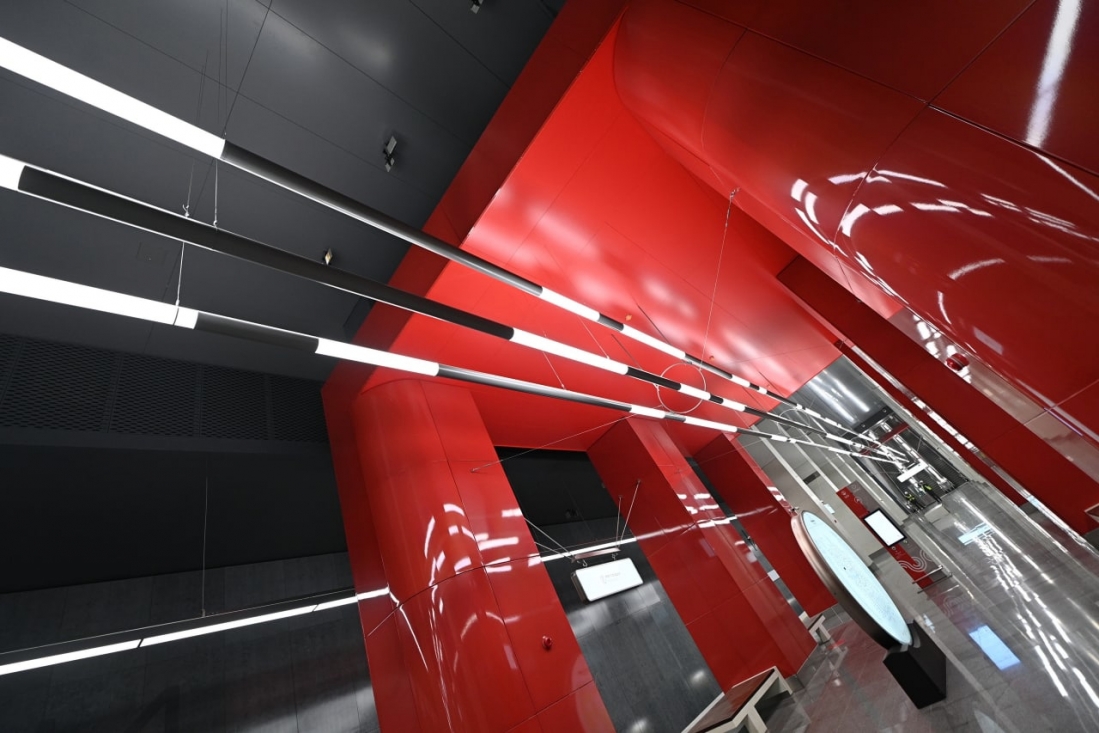 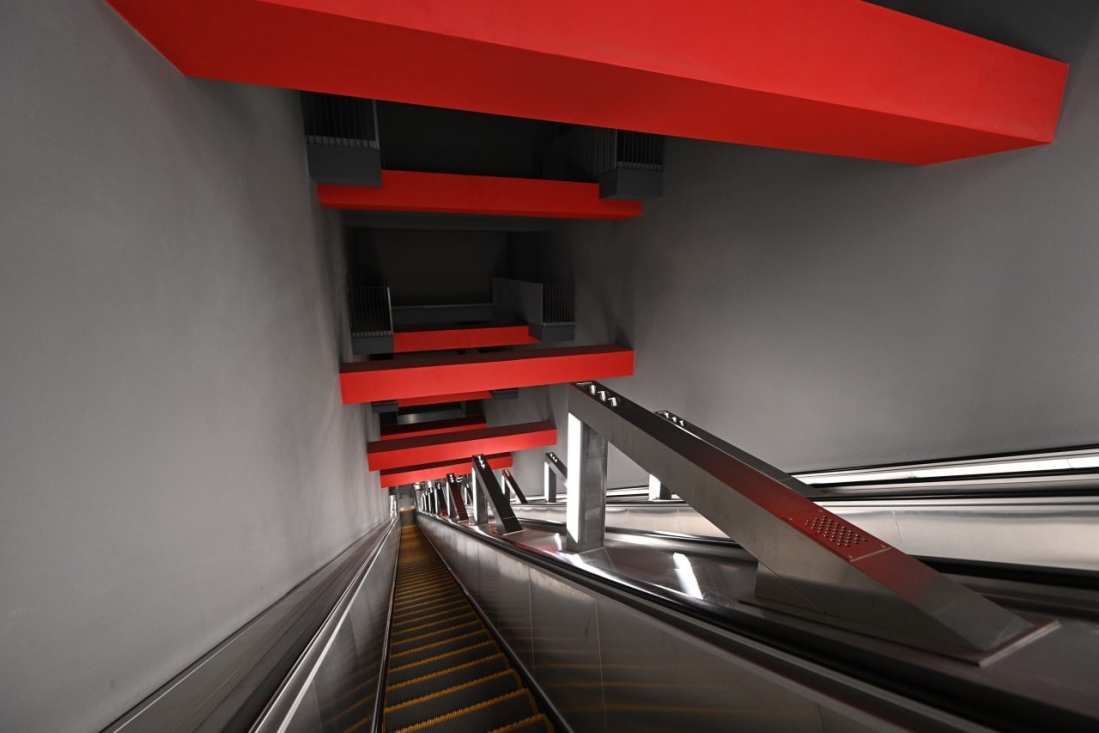 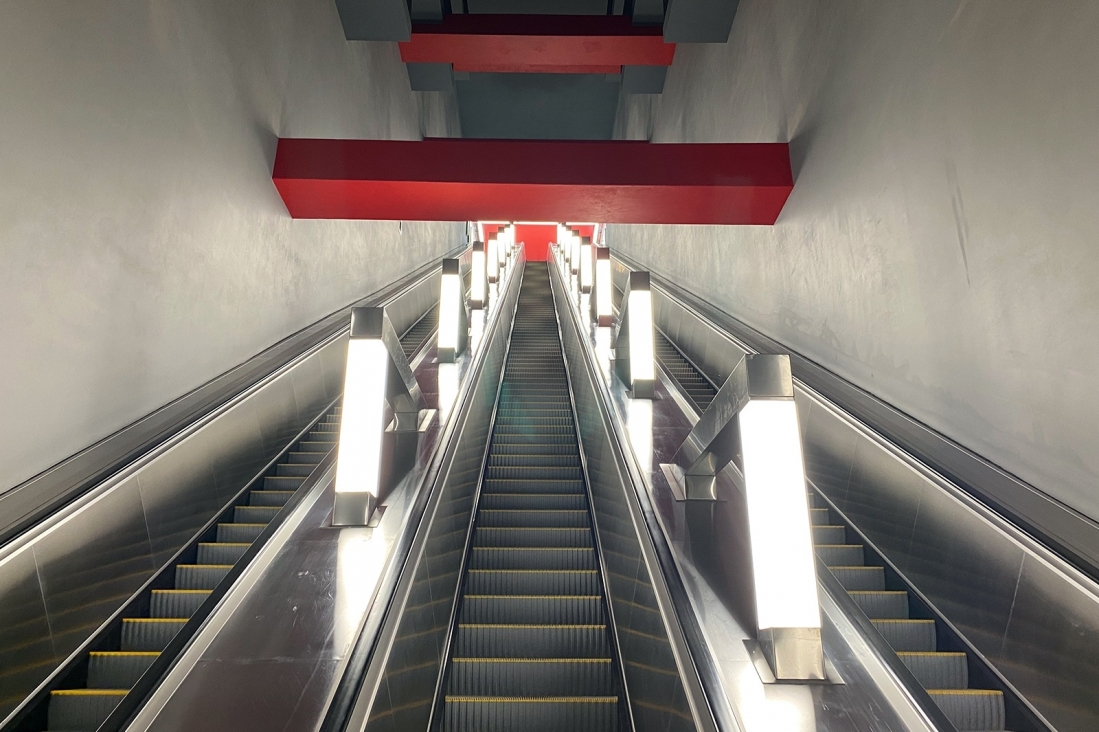 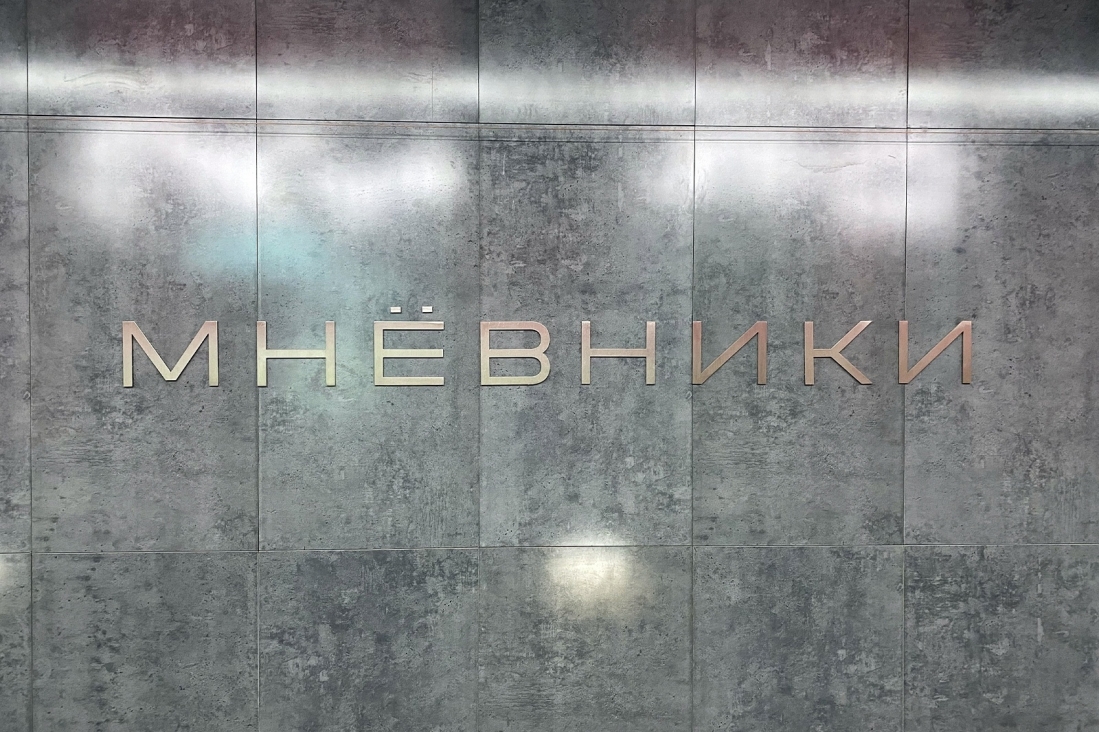 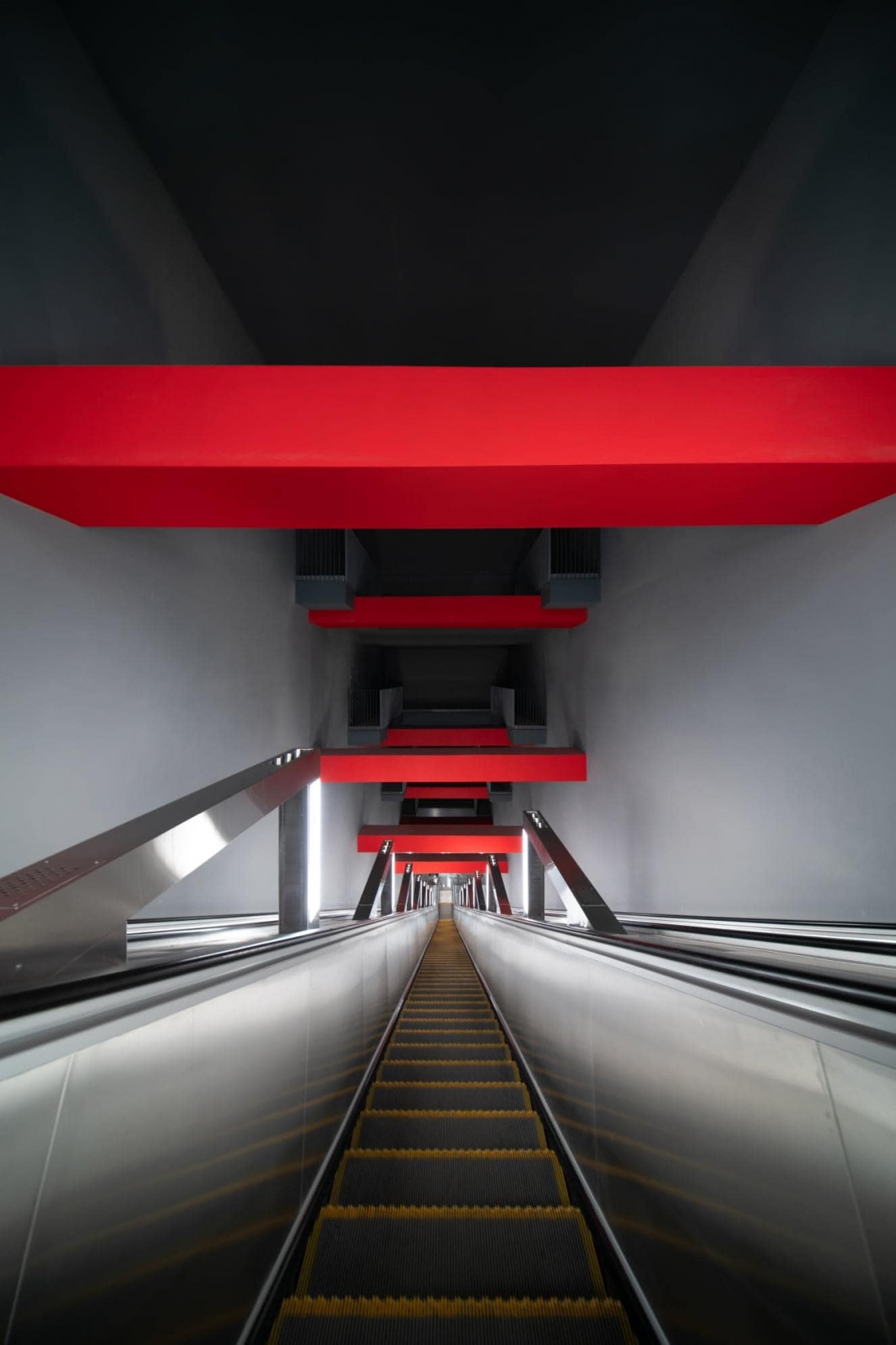 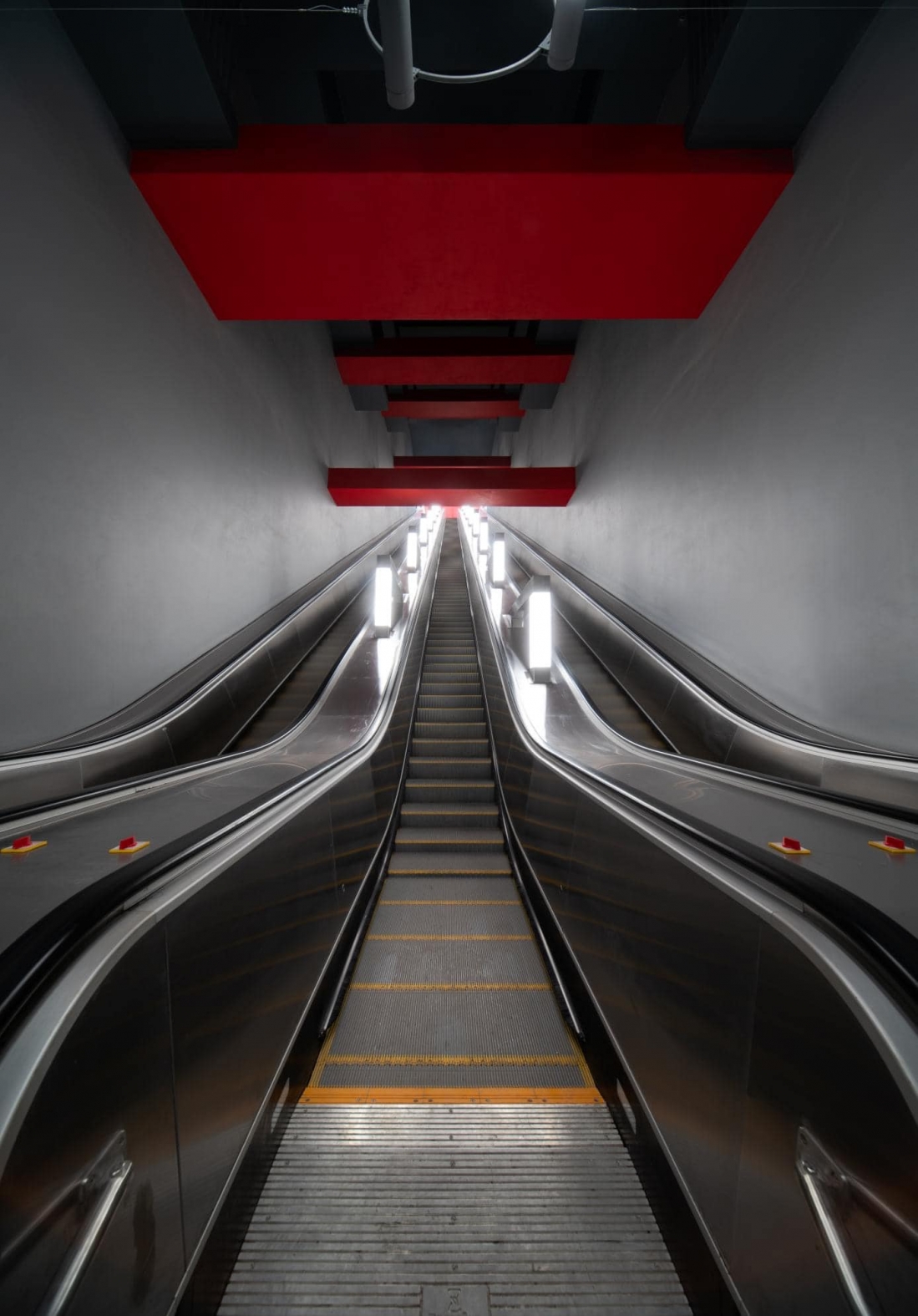 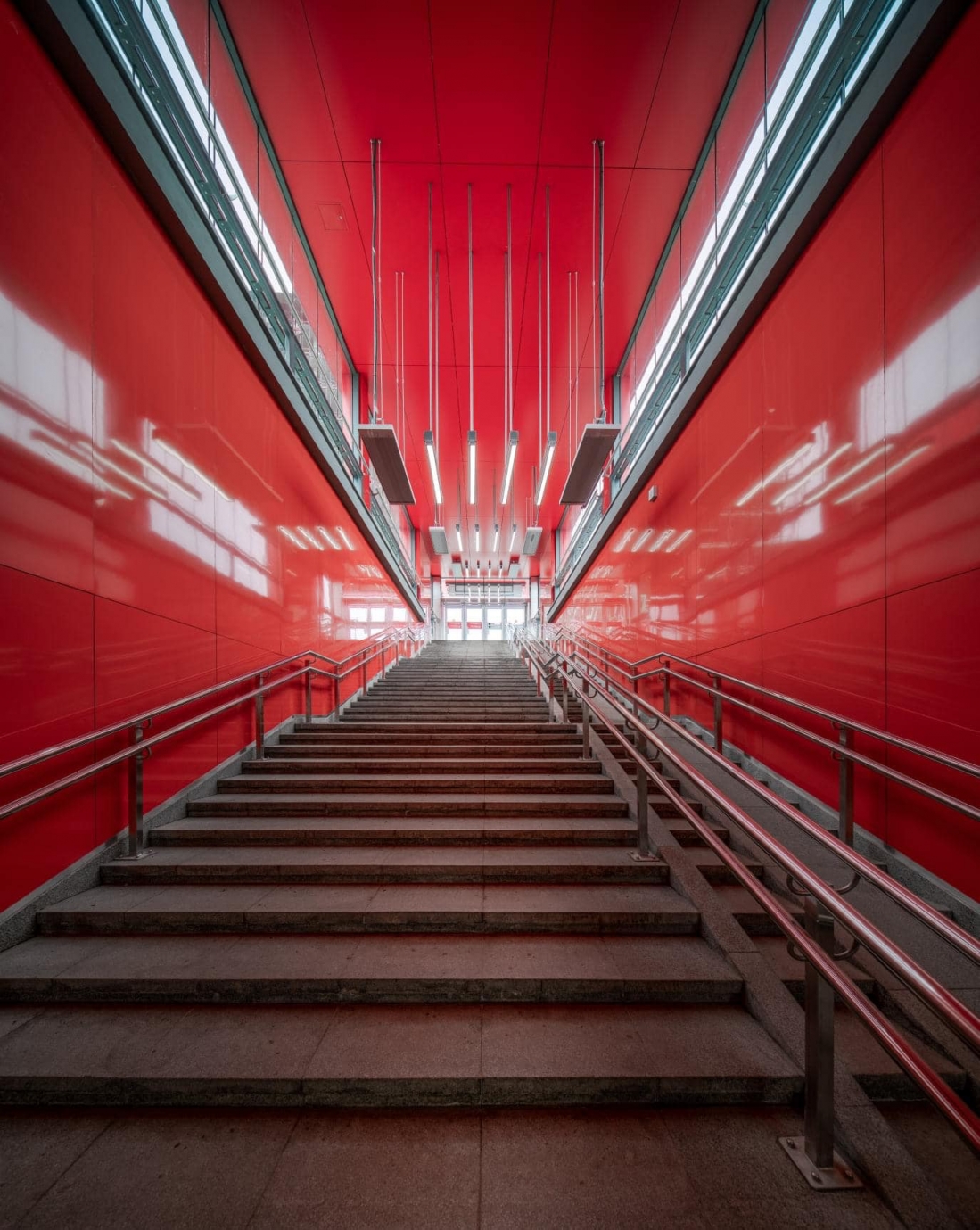 Today Mnevniki station of the Bolshaya Koltsevaya metro line, decorated in the avant-garde style, has opened. Its design was made by the Architectural Bureau of Timur Bashkaev. The design of the station was chosen during an open international architectural competition held by Moskomarkhitekturaunder the direction of Chief Architect of Moscow Sergey Kuznetsov.

Although the initial competitive concept had some changes due to the fact that the type of platform had been changed from a coastal to a conventional island, it is worth noting that the project was implemented in full accordance with the revised version.

The authors of the project were inspired by the paintings of the famous artist Kazimir Malevich. The central part of the platform, for example, was decorated with a spectacular arch, similar to his painting «Red Square». The effect of three-dimensional space is created by glowing black-and-white tubes with a total length of about 150 meters. The luminaires illuminate the platform well and shade the walls and ceiling, which creates the necessary dramatic contrast between the station’s enclosing planes and the bright object in the center of the hall. Striving forward, they, according to the idea of ​​the authors of the project, symbolize the speed and movement of trains.

Elements typical of the avant-garde can also be seen on the escalator descent — these are red «bars» on the ceiling and lamps in the form of metal triangles. Above-ground lobbies with panoramic glazing are also decorated in contrasting colors: dark facades and bright red arches. The area around the new station was tidied up by installing lamps and benches. In addition, about 50 large trees, such as maple and linden, more than 4 thousand shrubs and perennial flower beds have been planted in the adjacent territory, and square perennial flower beds are planned.

The station graphics was made by the ABCdesign team. The name is duplicated on the track wall, it may seem that this was done for beauty, but there is also a practical meaning: large letters will be visible above the train carriage that arrives at the station and passengers inside will be able to see the inscription in smaller print through the windows.

The Mnevniki station is located in the northern part of Mnevnikovskaya floodplain. It is part of the western section of the BCL from the Karamyshevskaya station to the Mozhaiskaya station.