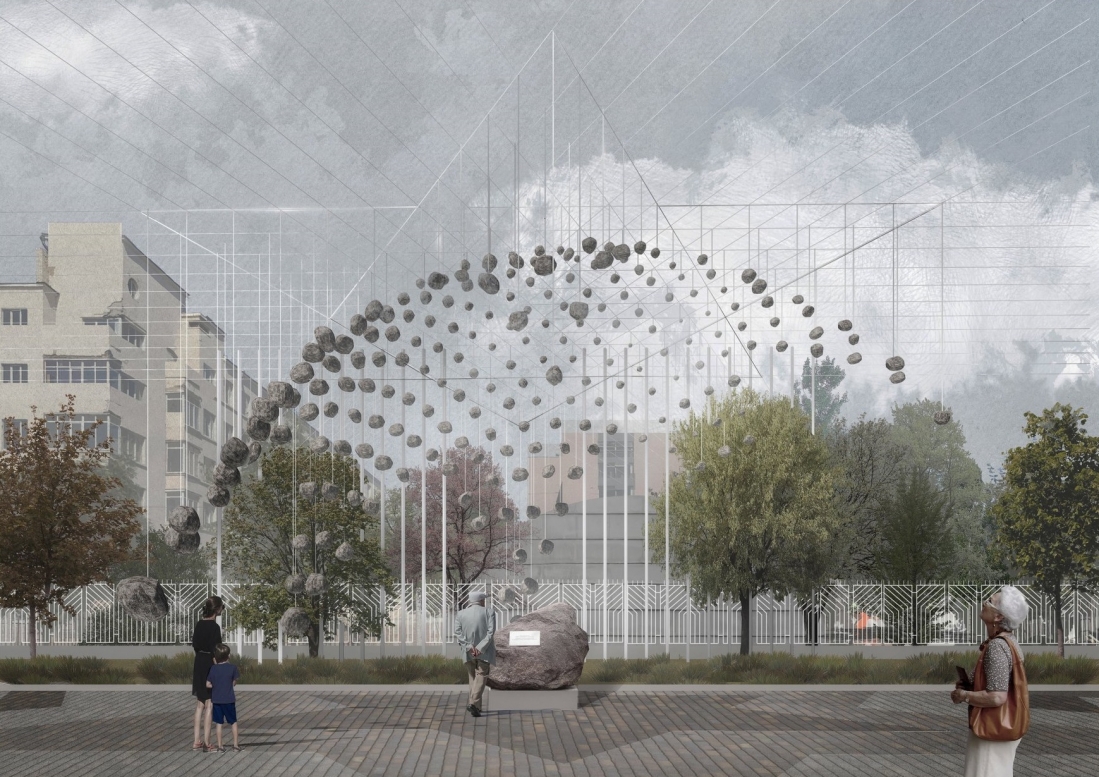 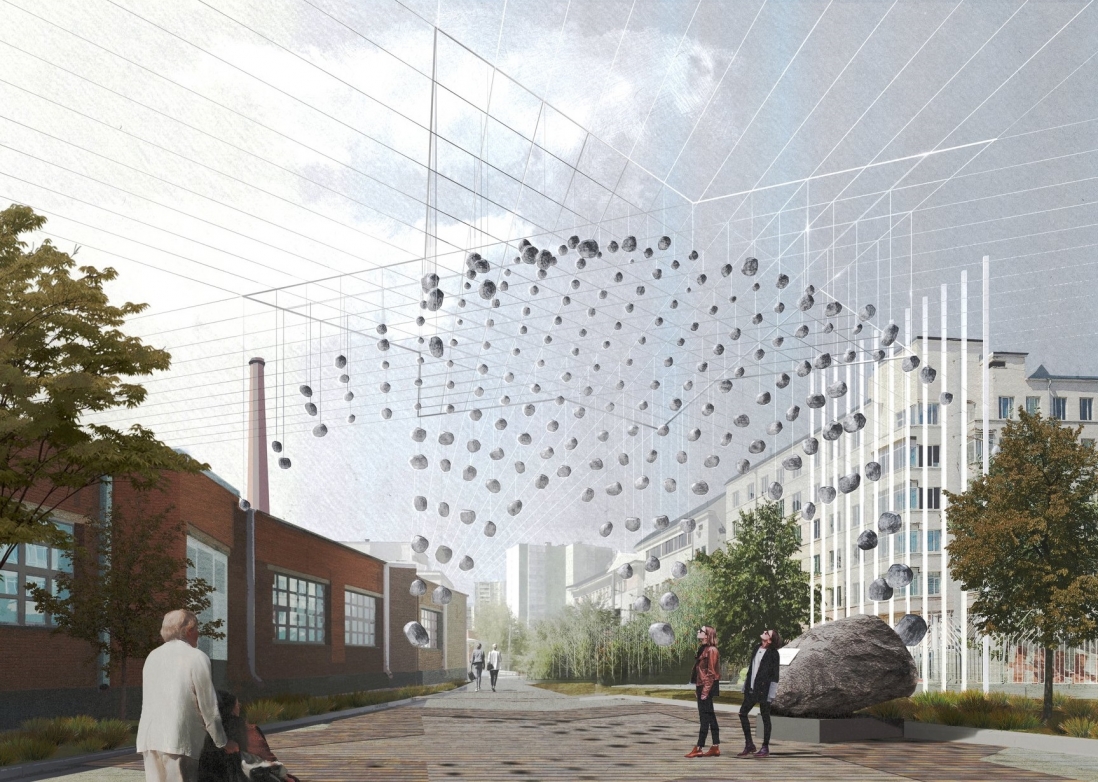 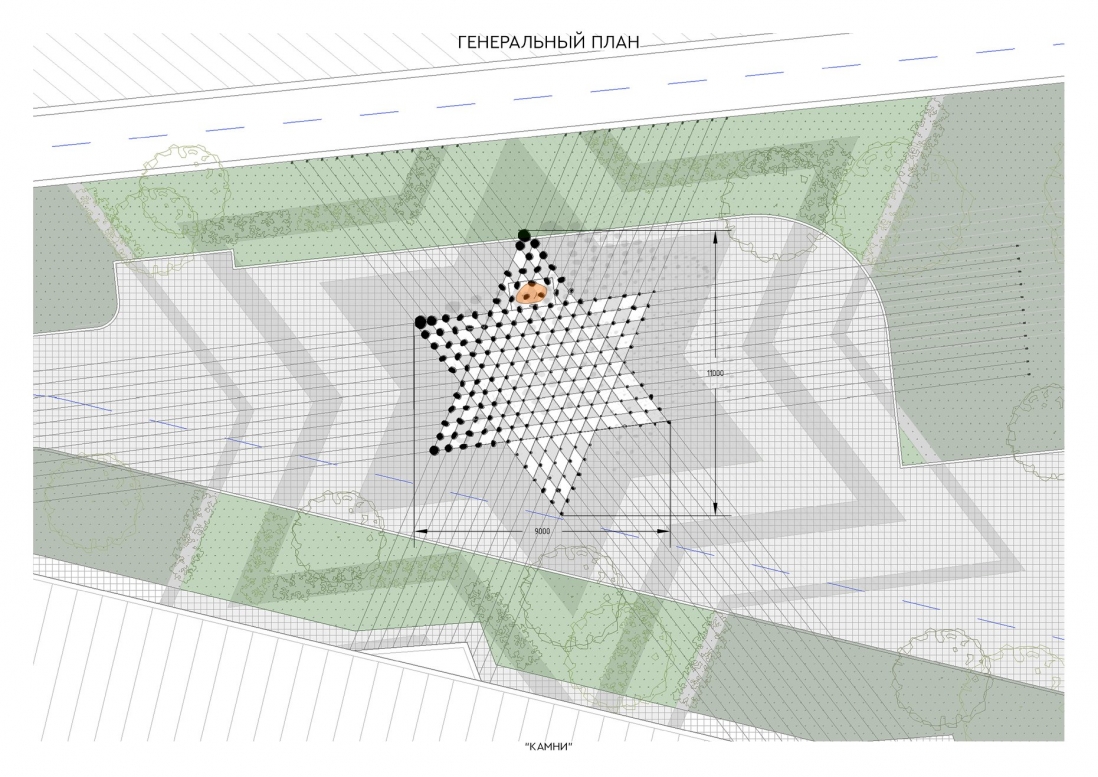 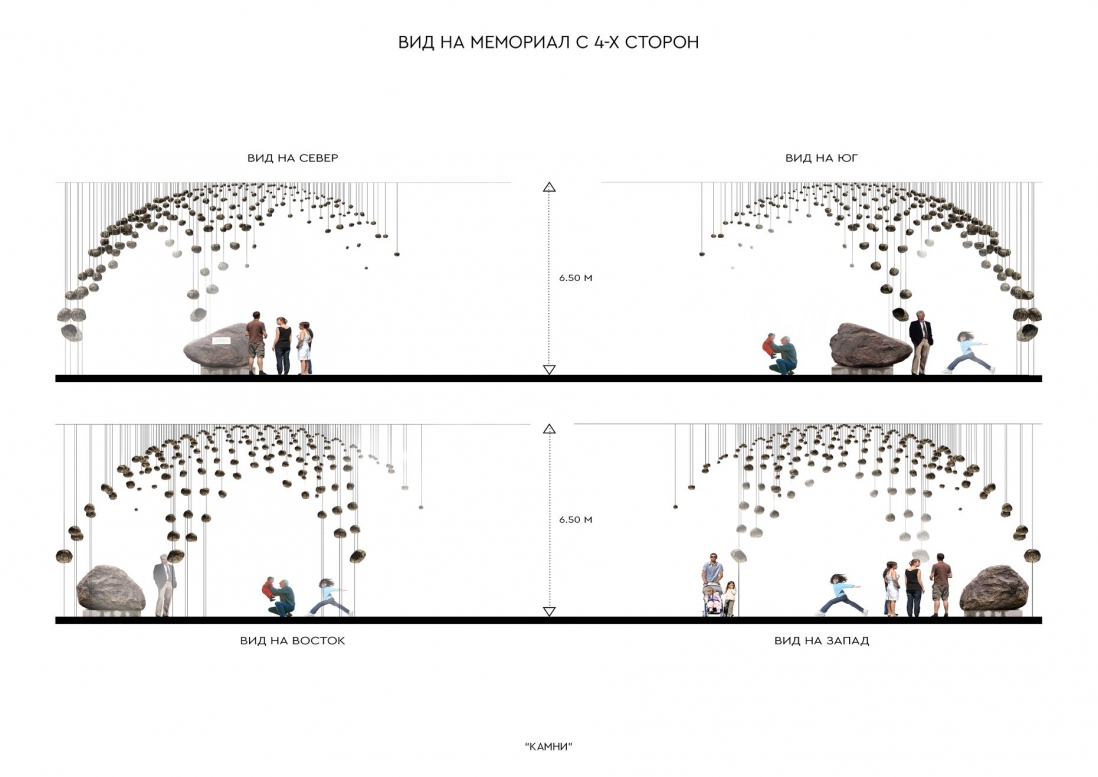 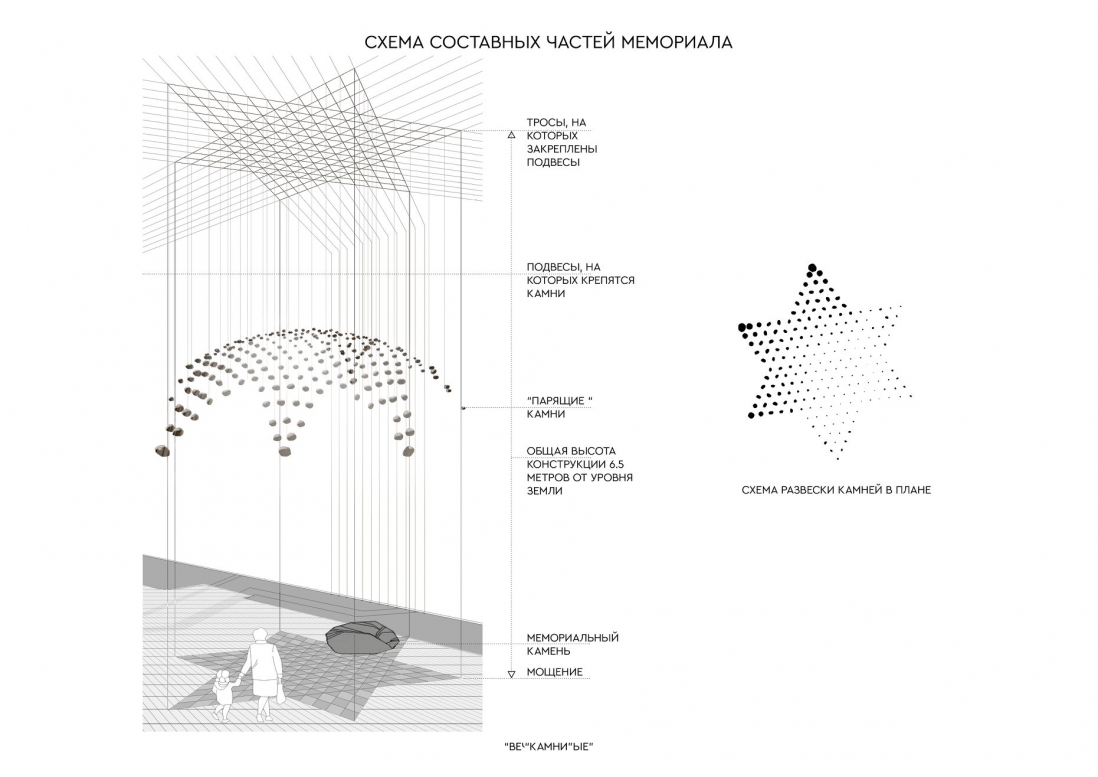 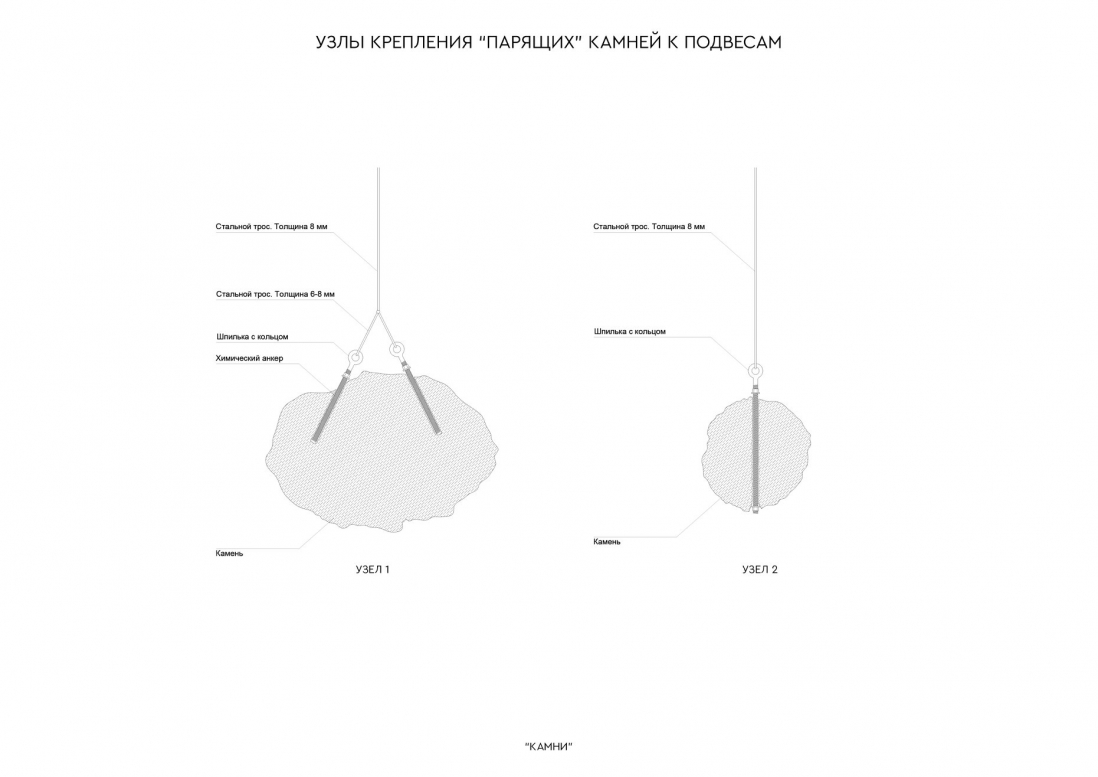 On January 27, International Holocaust Remembrance Day, co-founders of Citizenstudio bureau Mikhail Beilin and Daniil Nikishin demonstrated an unrealized competitive project of 2018 dedicated to the heroes of resistance in concentration camps and ghettos. The concept of the memorial was called "Stones".

The story of the uprising in Sobibor is an example of overcoming the superior power of evil, which was many times stronger. This is the story of courage, pride and rejection of fate, the story of the struggle and victory over death.

Stones symbolize memory for Jewish people. It is stones that lie on Jewish graves around the world. Stones floating in the air, as if conquering the laws of gravity are the personification of overcoming the strength and gravity of evil. They are a symbol of an incredible fight against death, infinite memory and eternal life of heroes. Each flying stone is a monument to Jews who died in the catastrophe and a monument to the victory over the death dedicated to resistance heroes in concentration camps and ghettos.

On the design territory, 36 metal cables are pulled in three directions. They are located at the level of the building cornices and attached to the poles located on the site. These cables intersect and form a Magen David in the shape of a hexagram. At the intersection, metal suspensions are attached to the cables. Stones are attached to them on chemical anchors.

“Flying” stones create a kind of dome over the area, repeating a Magen David in the shape. Under the northern ray of the hexagram there is a memorial stone from the village of Lubavichy. Paving under the dome repeats the shape of a hexagram and transforms into a landscaping pattern.

Let us recollect that from March 20 to August 15, 2018, the Jewish Museum and Tolerance Center held a competition to develop an architectural composition of a monument dedicated to Jewish heroes of resistance in concentration camps and ghettos during the Second World War. A total of 98 applications were received from architects, sculptors and artists from all over Russia. The organizers also received several applications from Israel.