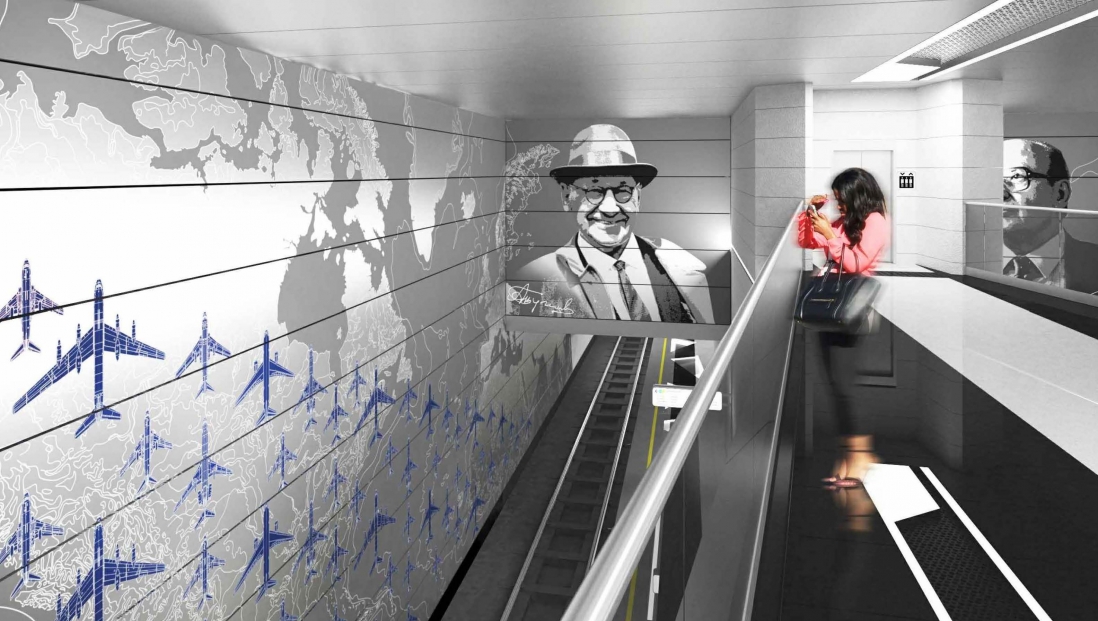 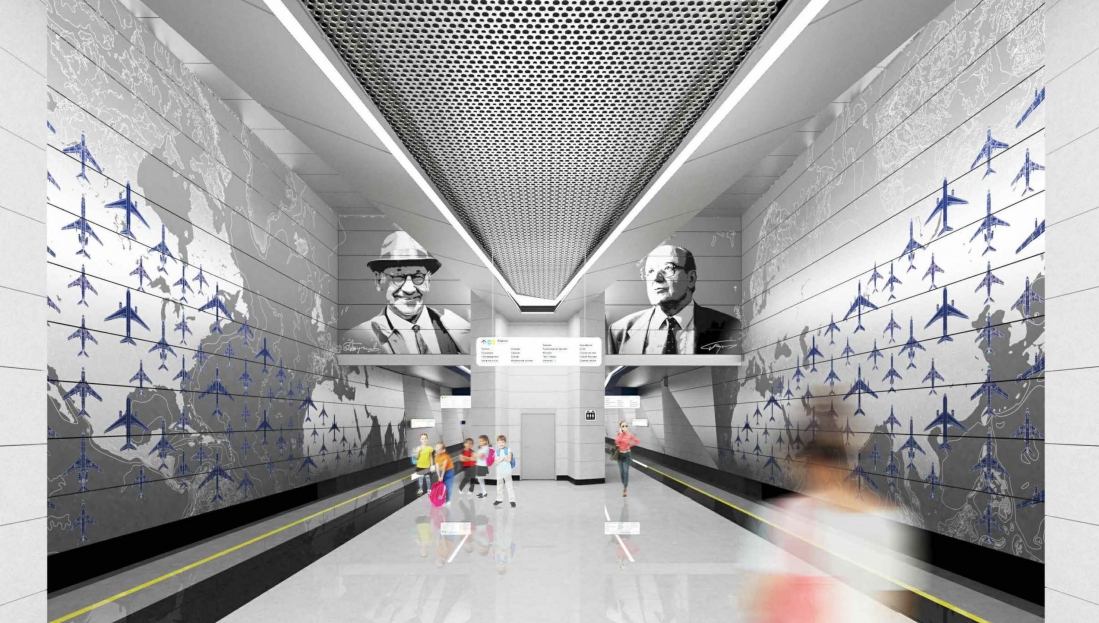 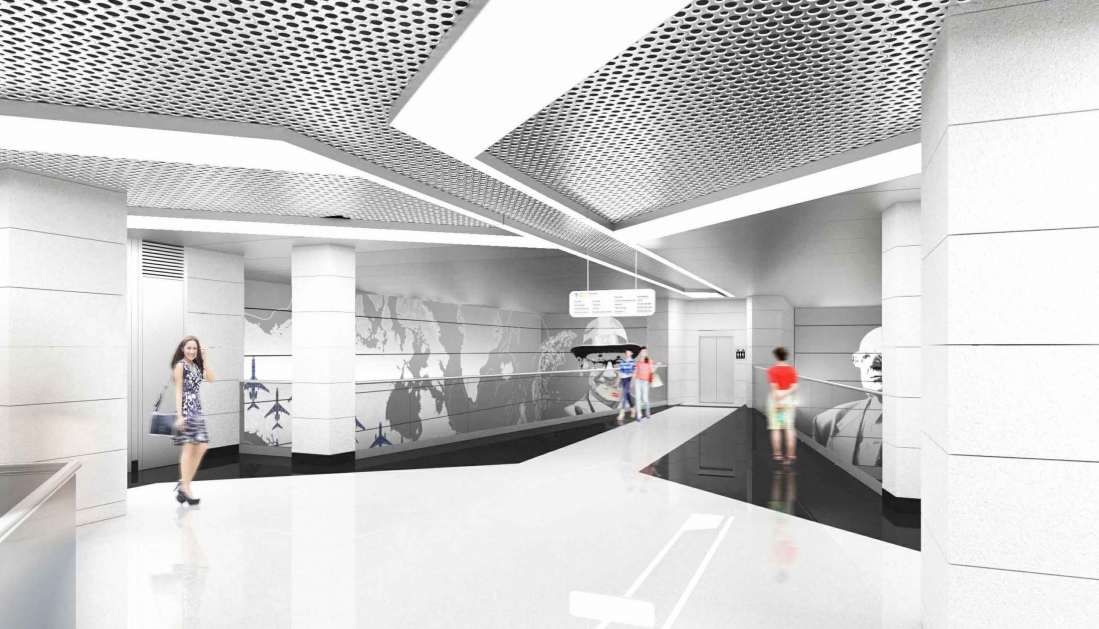 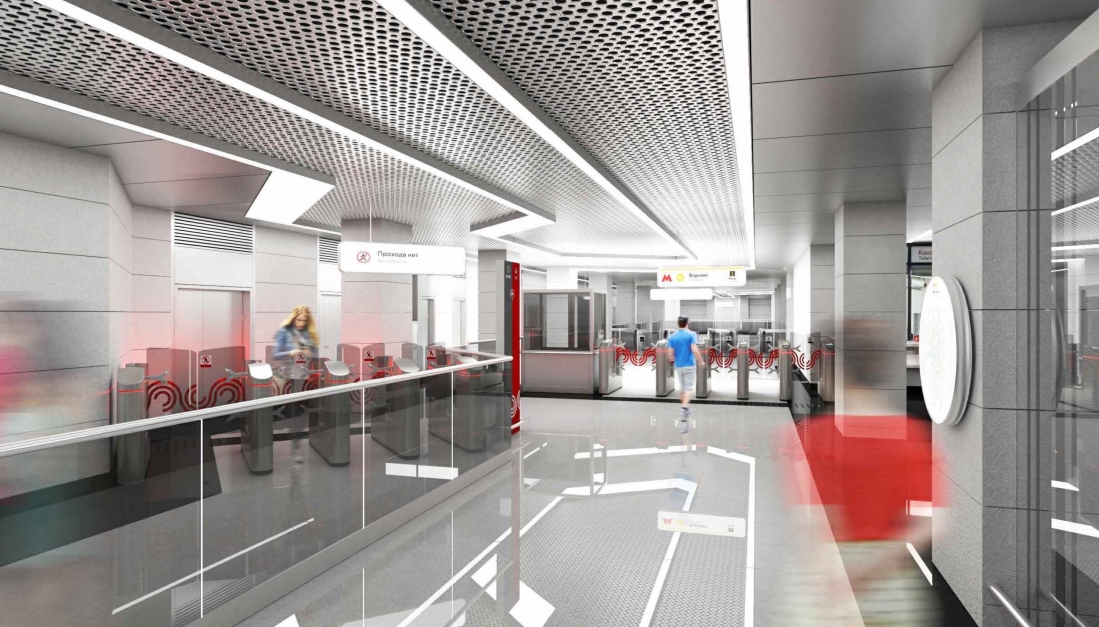 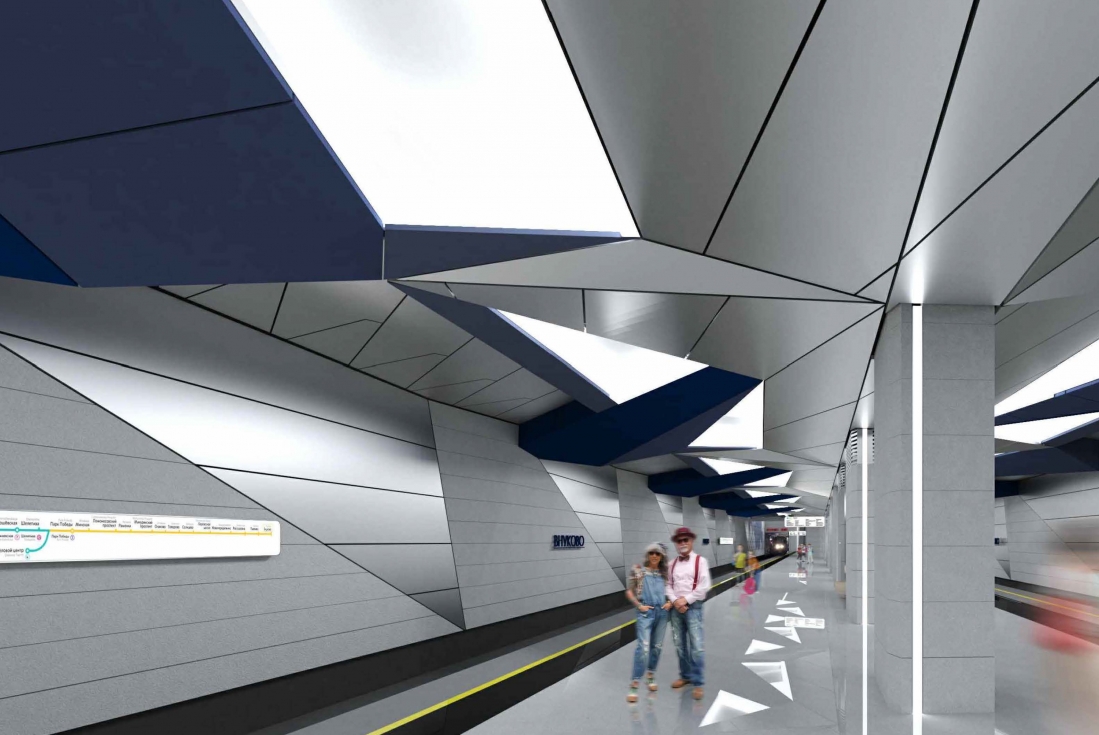 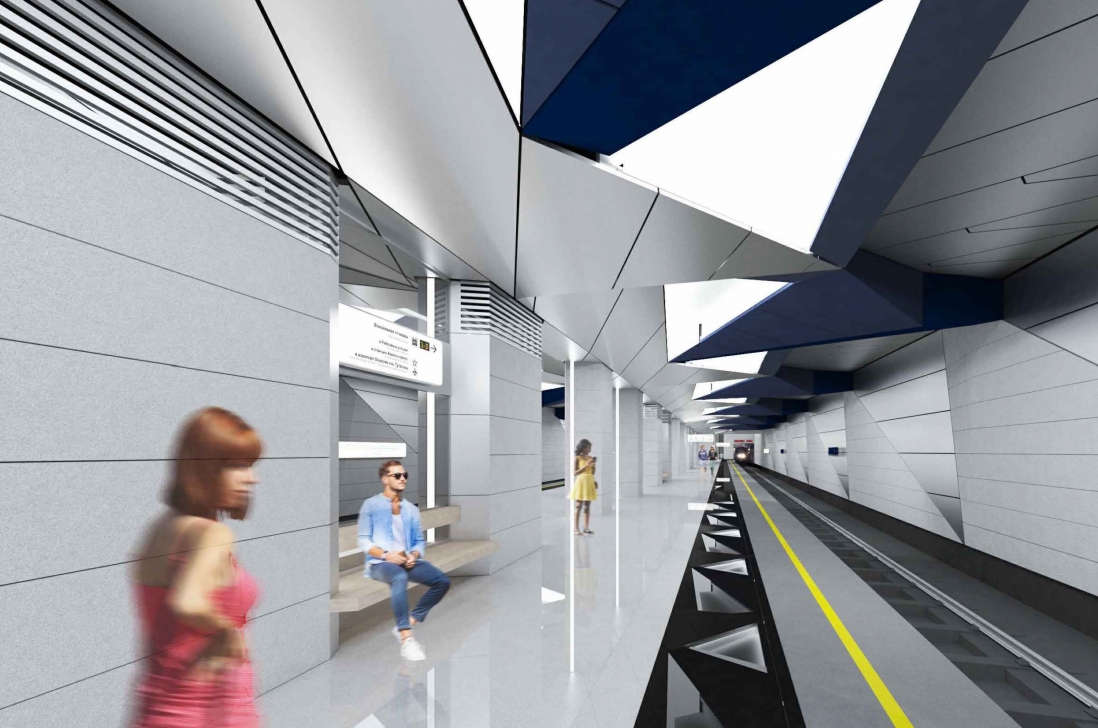 Moskomarkhitektura agreed on the design of the Vnukovo station of Kalininsko-Solntsevskaya metro line, the design of which will refer to the history of the Andrei Tupolev aircraft design bureau. This was announced by Chief Architect of Moscow Sergey Kuznetsov.

«The design of the station has something in common with the design of terminal A of Vnukovo Airport and is dedicated to civil aviation, namely, to the history of the Tupolev Design Bureau, after which the airport is named. According to the architects’ idea, the thematic drawings will decorate the track walls using digital printing technology on aluminum honeycomb panels: dozens of planes flying over the map of Russia, and aircraft designers, their creators, are depicted on the upper part of the platform,» said Sergey Kuznetsov.

This artistic composition, called Tupolev Design Bureau Civil Aircrafts and Their Creators, will be located at the entrance to the platform, while the main part of the station will have a dynamic appearance due to complex aluminum panels that are facing the walls and ceiling. Their geometry and a metallic effect are a reference to aerodynamic aircraft construction, also the image will be complemented by volumetric dark blue elements and matte lamps. The ticket office hall will be made in a similar style, the ceiling will be covered with aluminum mesh panels, and the lamps made in the form of lines will serve as additional navigation for passengers.

«The metro will be integrated into the infrastructure of the airport, thereby providing maximum comfort for air passengers. As mayor Sergey Sobyanin noted earlier, the extension of the yellow metro line to Vnukovo will improve transport services for residents and workers in New Moscow, primarily in areas located along the Borovskoe Shosse and Kievskoe Shosse. In addition, this will improve transport services for Vnukovo Airport, the passenger flow of which is growing steadily,» added Sergey Kuznetsov.

It will be possible to leave the station either into the existing underground passage leading to terminal A and Aeroexpress trains, or to Vokzalnaya Square through the ground pavilion. The designer is AO Metrogiprotrans. The chief architect of the project is N. Shumakov, the chief engineer is R. Kondrev.