Renovation of “Budapest” Cinema Will Be Finished in 2020 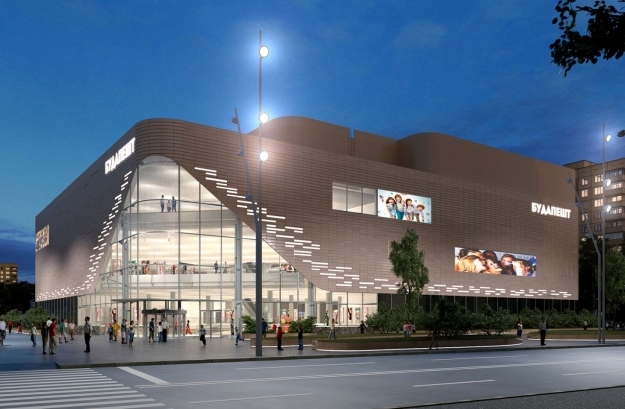 Renovation of “Budapest” cinema is in progress. Its opening as a new district center has been scheduled for the first quarter of 2020, according to Chief Architect of Moscow Sergey Kuznetsov.

The renovation program for 39 Soviet cinemas to be turned into multiservice district centers is well underway in Moscow directed by ADG group. The buildings will be distinguished by their outstanding design with clear glass streamlined facades reminding of their predecessors.

“As of today, construction of all reinforced concrete structures has been finished on the site and premises of the 6-hall cinema that is to be located on the last storey of the building are already in work. Opening of “Budapest” as a new district center has been scheduled for the first quarter of 2020. People will be able to buy everything they need and enjoy their free time here,” Sergey Kuznetsov added.

Apart from the modern cinema operated by CJ CGV (South Korea), the leisure offer of renovated “Budapest” will also be represented by several family cafes and restaurants as well as an entertainment and educational center for children and teenagers. The district center will house a supermarket selling farm foodstuffs, a chemist’s shop, a bookshop and some shops selling gadgets, clothes and household goods. Besides, citizens will be able to use a consumer services center, a dry cleaner’s, a beauty parlour and a banking facility.

According to representatives of ADG Group, the first district center, “Angara”, has been practically completed. Underground works have been finished on the site. Load-bearing elements of three above-ground storeys have been erected and works on the accessible roof are about to be finished. Closing of the thermal envelope is in its final stage and intersection partitions are already being installed. “80% of the district center’s area has been leased out and major tenants have already started finishing works. Opening of the first district center will take place this year and we are already preparing for the opening ceremony,” the company’s press office reported.