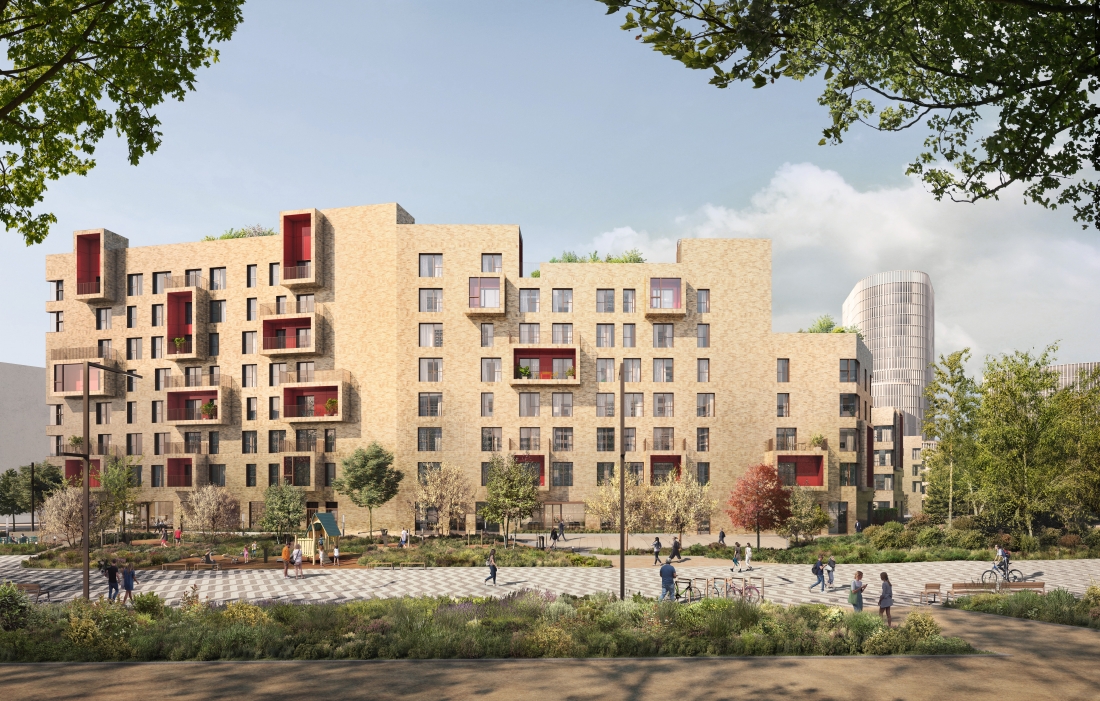 Moskomarkhitektura approved the project for two residential blocks within SberCity, a smart city-park on the territory of Rublyovo-Arkhangelskoye. A human-scale environment with modern architectural solutions and well-thought-out infrastructure will be formed here. This was announced by Chief Architect of Moscow Sergey Kuznetsov.

These are blocks B11 and B12. The total construction area will be about 39,000 sq.m. Under the houses there will be underground parking. «A comfortable environment for perception is being formed in the quarters: the height of buildings varies from four to ten floors, commercial premises will be located at the pedestrian level — shops, salons, pharmacies, and so on. The expressiveness of the facades is given by the facing with clinker bricks of several shades of beige. The architectural appearance is also complemented by inserts of berry-colored stemalite. According to the architects, such a decision contributes to the formation of a positive attitude among the residents,» Sergey Kuznetsov noted.

The architectural concept was developed by Marco Casamonti & Partners, Italian architectural bureau. The designer is Marx Engineering Company. The composition of four buildings forms spacious landscaped courtyards. The improvement of the territory provides for the installation of street lighting, the formation of pedestrian paths, sports and children’s playgrounds, recreation areas, and a station for charging electric vehicles.

In addition, a landscape gardening project will be worked out; the plans include planting ornamental trees and shrubs, creating lawns and flower beds. The authors of the project emphasize that cutting down of the existing perennials is out of the question.

The project will be implemented on the banks of the Moskva River, in Zapadny (Western) Okrug of Moscow. ‘Rublyovo-Arkhangelskoye’ is a project for the integrated development of the territory by Rublyovo-Arkhangelskoye JSC (the company is part of the Sberbank PJSC Group). It includes residential and office quarters, as well as infrastructure facilities.

In addition to the developed social and transport infrastructure, city parks will be equipped for residents, sports grounds will be opened, long bicycle routes and picnic areas will be provided for. Nearby there is the Arkhangelskoye Museum-Estate. In the future, a metro line should come here, it will be called the same name — Rublyovo-Arkhangelskaya.