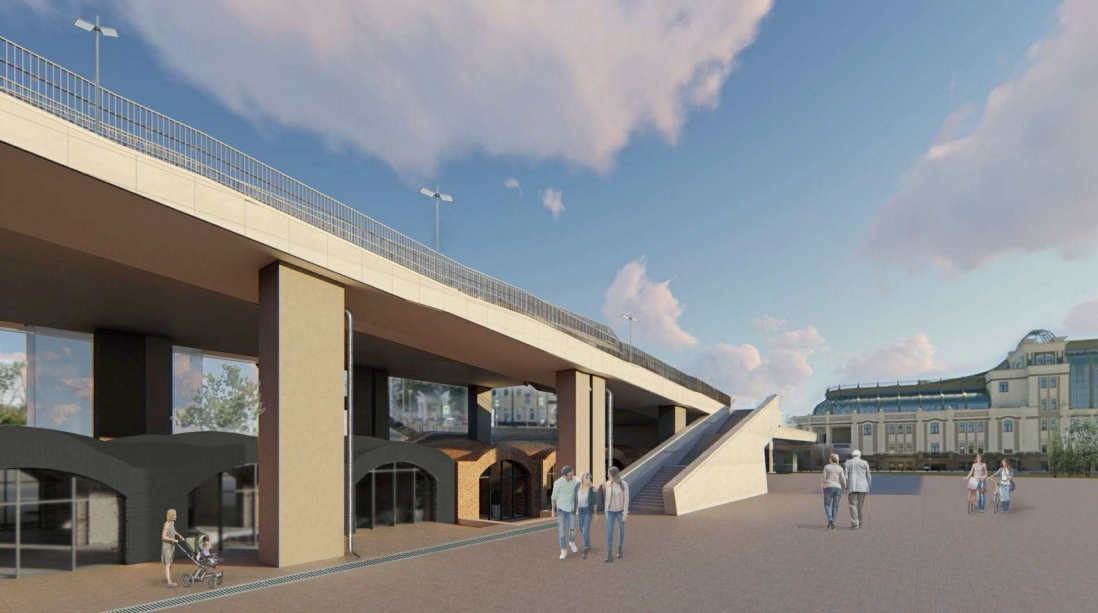 The space under the Patriarshy Bridge will turn into a part of the urban environment with cultural, educational and trade functions. It will house exhibition halls, workshops, stores and other public facilities. Work will be carried out as part of the project to create a pedestrian zone from the Cathedral of Christ the Savior to the Yakimanskaya embankment, as stated by Chief Architect of Moscow, First Deputy of Chairman of Moskomarkhitektura Sergey Kuznetsov.

“On the site of the existing escalator pavilion, which is part of the structure of the Patriarshy Bridge, it is planned to erect an additional volume with an approximate area of about 500 square meters with a roofing in the form of vaults. The complex received the working name “Small Vaults”, and it will be executed in the same style as the composition of the Vaultsat GES-2. Their architecture is so vibrant and self-sufficient that the addition of volumes in the bridge space of a different shape and configuration would violate their perception, said Sergey Kuznetsov.

There will be eight new vaults under the bridge. Together with the reconstructed vaults near GES-2, where vodka warehouses were historically located, they form a kind of street where there will be various shops and exhibition spaces on both sides. Red clinker brick will be used as cladding of buildings.

It should be mentioned that part of the former power plant called “Vaults” will be set aside for creative workshops and become a center for art production. The building has an area of two thousand square meters with vaulted ceilings, two floors (one at ground level, the other underground). Once there was a workshop of Smirnov Vodka Factory here. In addition to art studios with equipment for working on metal and wood, video editing, photo printing - sound recording studios, a rehearsal room, and even a bakery will appear in the Vaults.