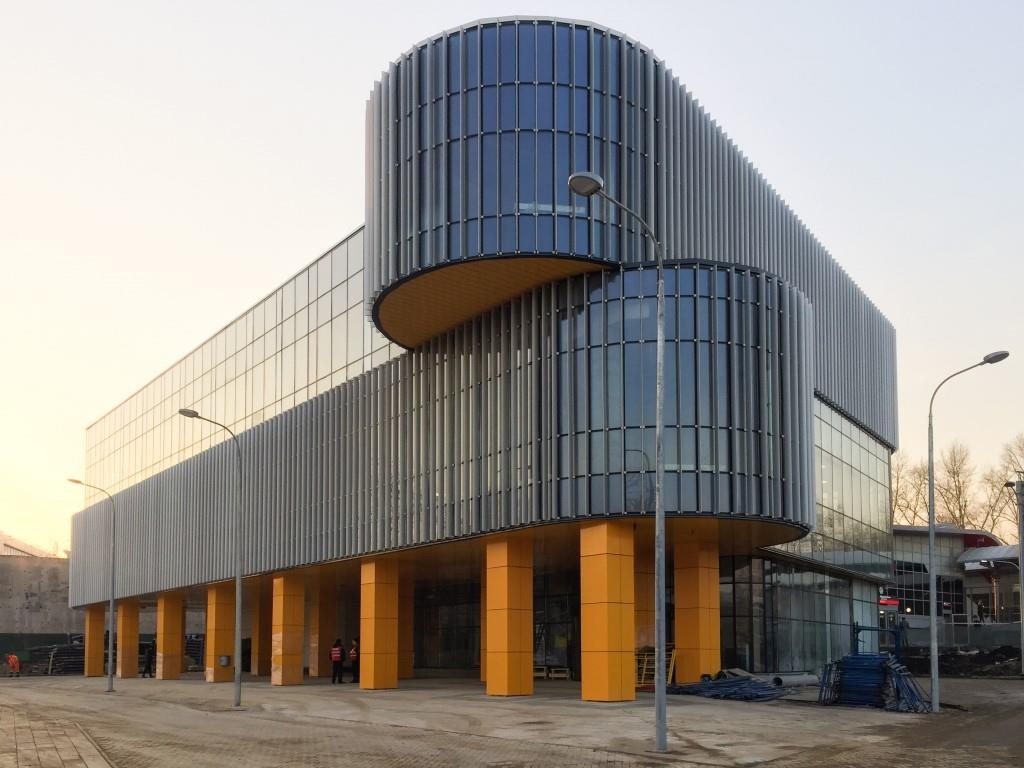 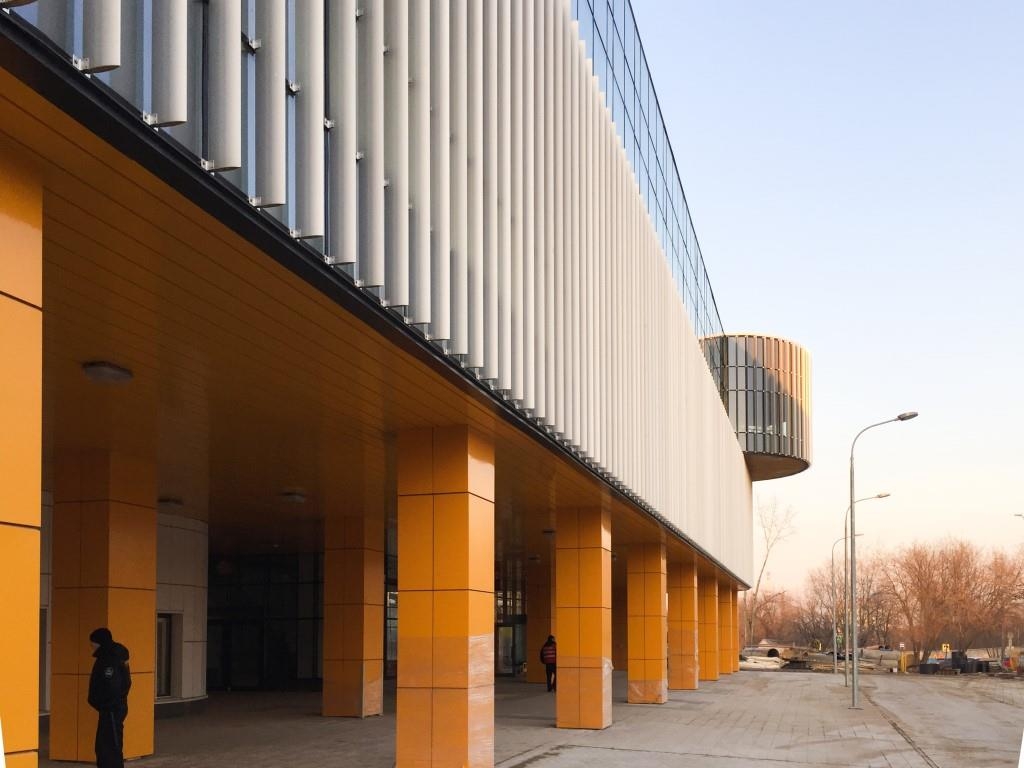 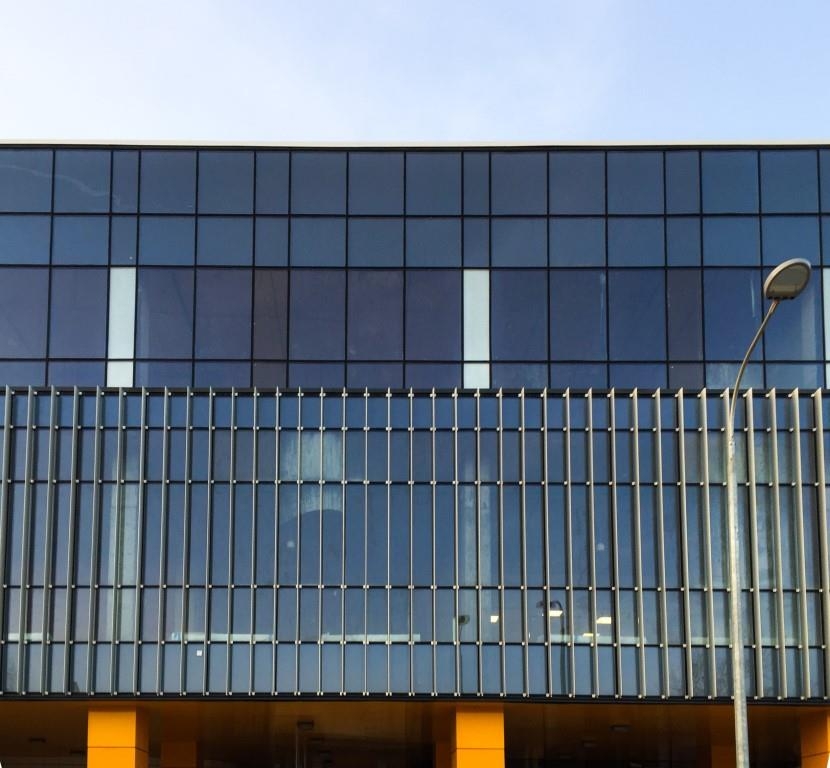 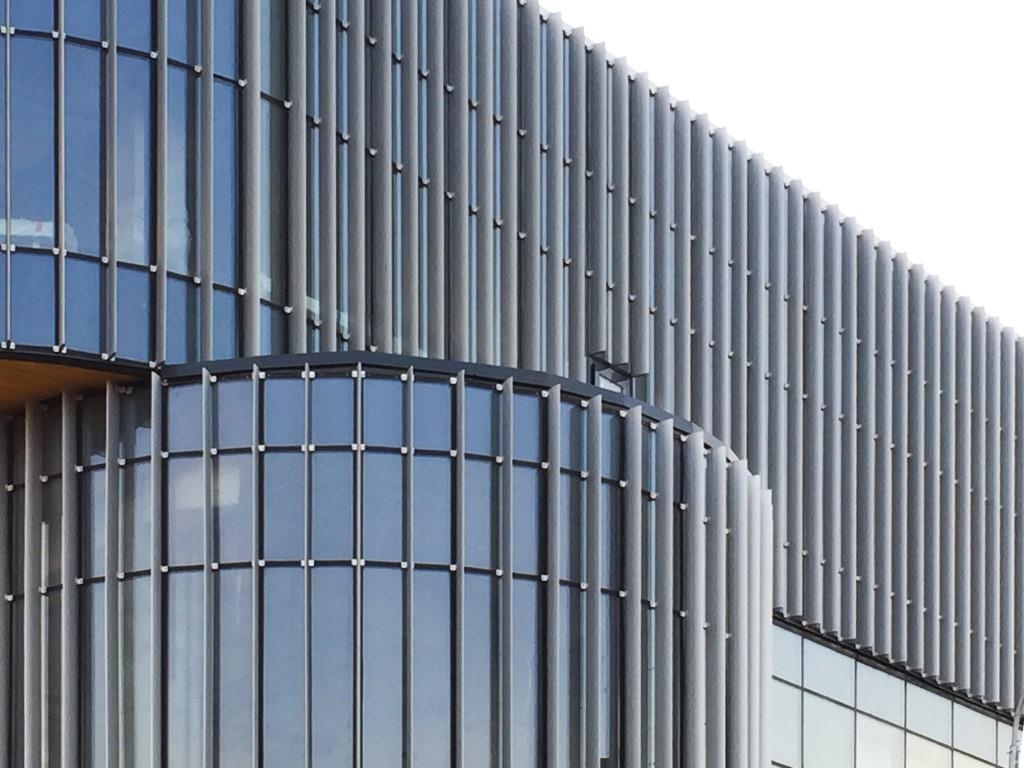 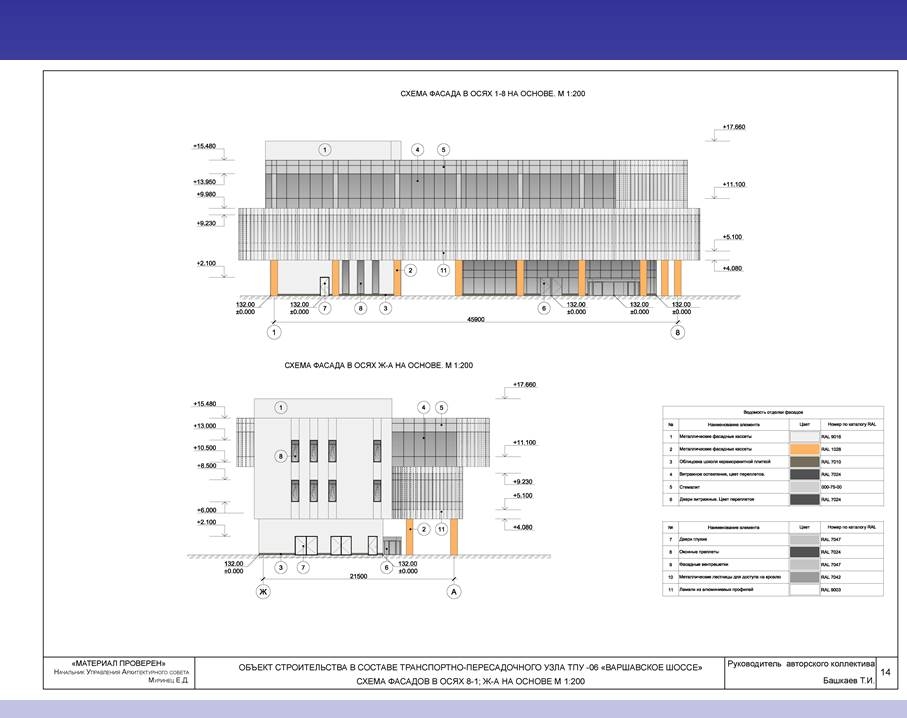 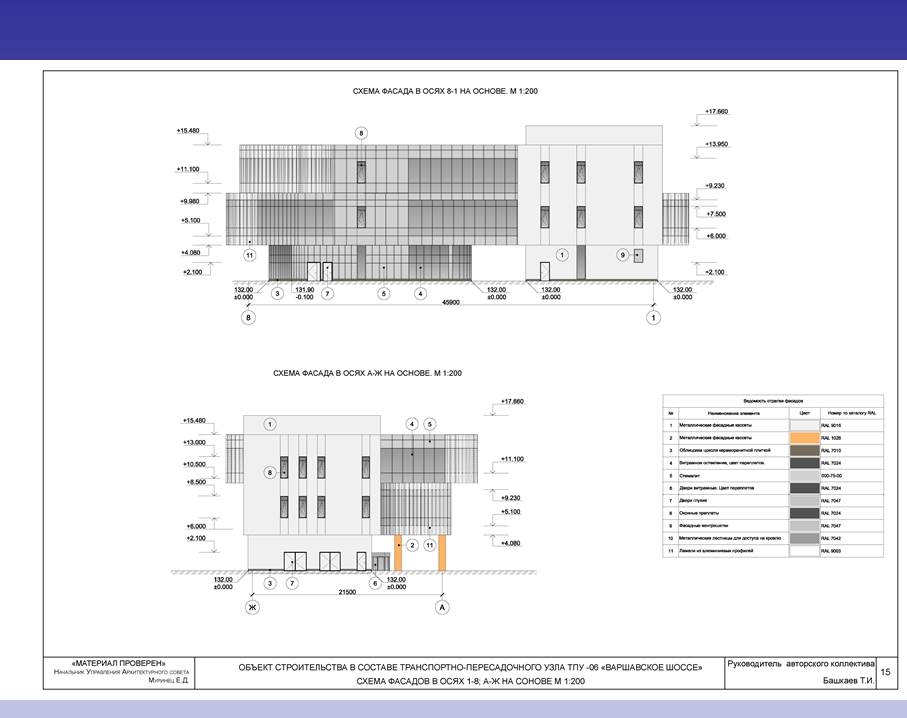 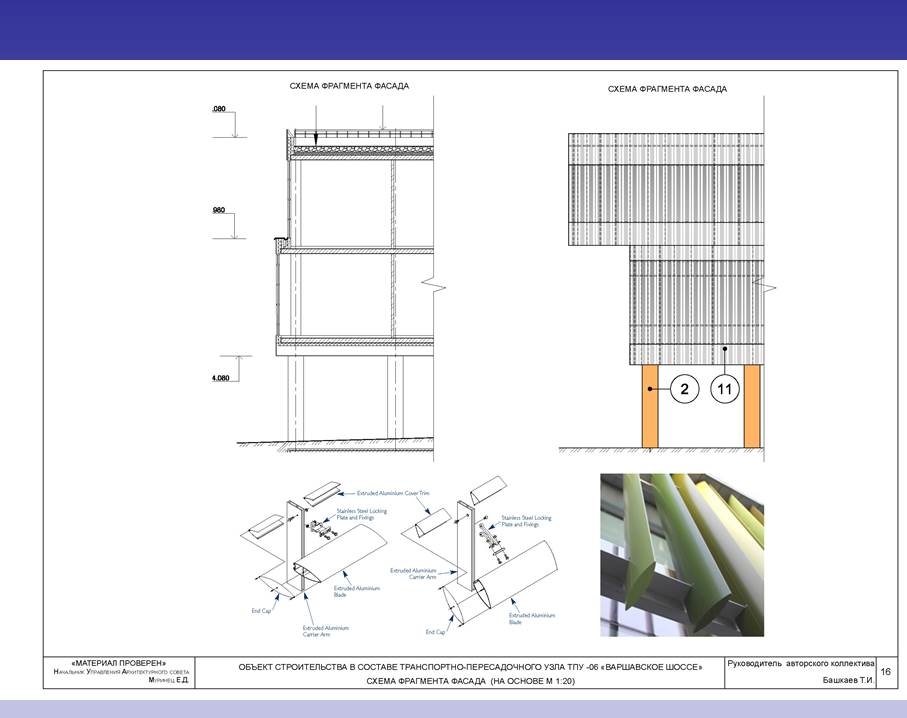 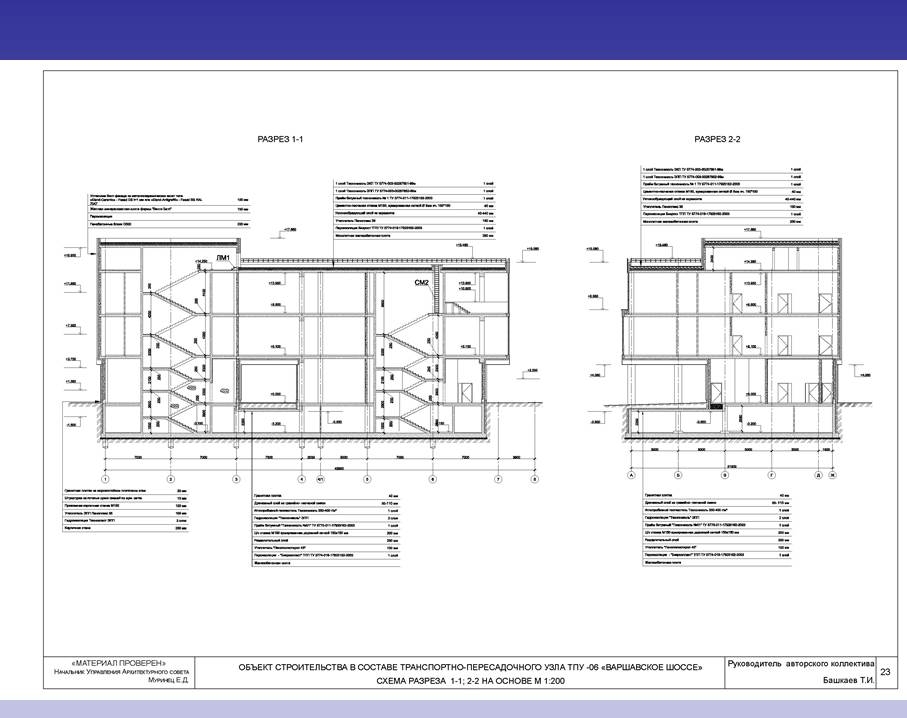 As part of Verkhnie Kotly MCC TH (Moscow Central Circle Transport Hub), previously named «Varshavskoe Shosse, the construction of the Service Center has been completed; the project was developed by OAO «Mosproekt-3». The building has an elegant design solution in the form of two intersecting glass consoles.

—How is your Passenger Services Centre connected directly to the TH?

—The complex of the implemented volumes of Varshavskoe Shosse TH, which includes underground terminal of the Moscow Central Circle, service building, public transport stations and landscaping, is a part of the large future transport hub, the final form of which will be implemented through the decades. The project, developed by us, is a passenger service building. It takes into account the pedestrian and visual connections of the TH complex, and provides passengers with the necessary functions.

—What is the structure of the building?

—The Center has three aboveground floors and one underground floor. The direct function is performed on the two upper floors, which are raised above the ground to distribute passenger flows at the level of the ground floor and to create a waiting area.

The ground floor consists of an open street space and two small volumes, streamlined by pedestrian flows. One of them is technical; the other is a public space which also contains escalator units. It is made entirely of glass.

From the facade side the volumes do not intersect—as shown in the first sketch. It looks simple, but inside there’s an interesting design solution.

—How did you convince the customer to choose this design rather than an easier option?

—The customer didn’t find it difficult. It was more difficult to convince structural and facade designers.

—How are the facades made?

—The facades have several types of surfaces: transparent made of glass, transparent with the use of slats designed to avoid hindering the view from the room and at the same time having sufficient «density» on the outside, blank surfaces made of glass with stemalite and blank ones faced with metal cassettes.

—You stated that the design project of the rented premises and placement of signs are subject to approval by the project designers. For what purpose?

—It’s very easy to spoil the glass facades and light-weight look of our building by inappropriate interiors and signs. Even if the tenant has brand colors and elements, it isn’t necessarily to use them everywhere. We are always ready to discuss such issues with tenants to find compromise; we are not going to prohibit all possible solutions, but we oppose ugly deformation of pure ideas.

—Is the area improvement project being developed?

—We have been developing a small part of this project, but taking into account the future development of the area. The entrance to the building and landscaping in the area are implemented without stairs.