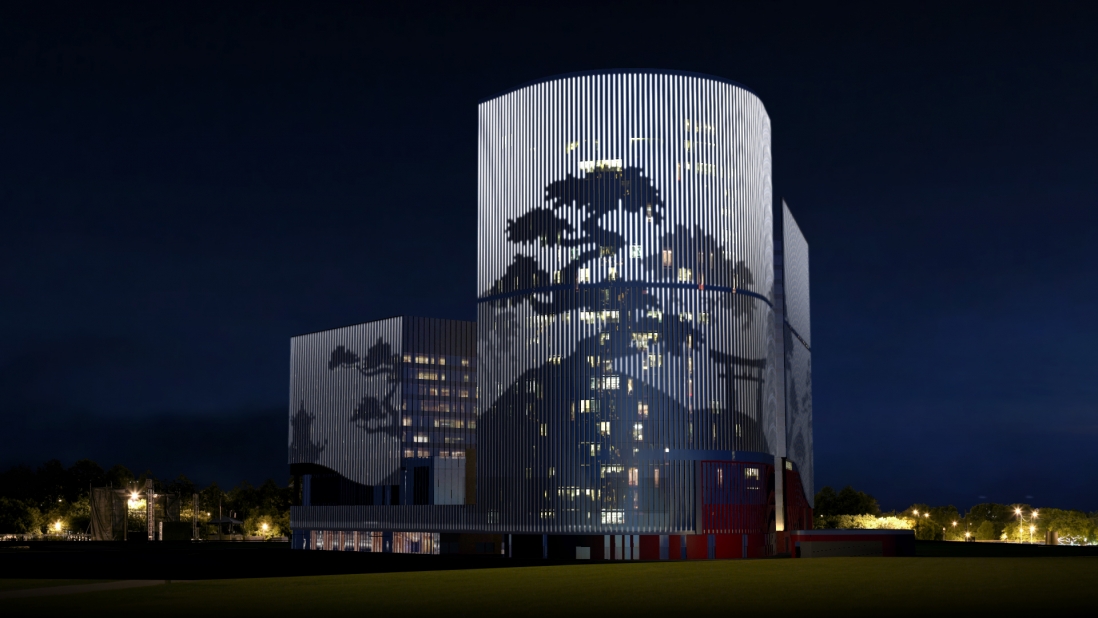 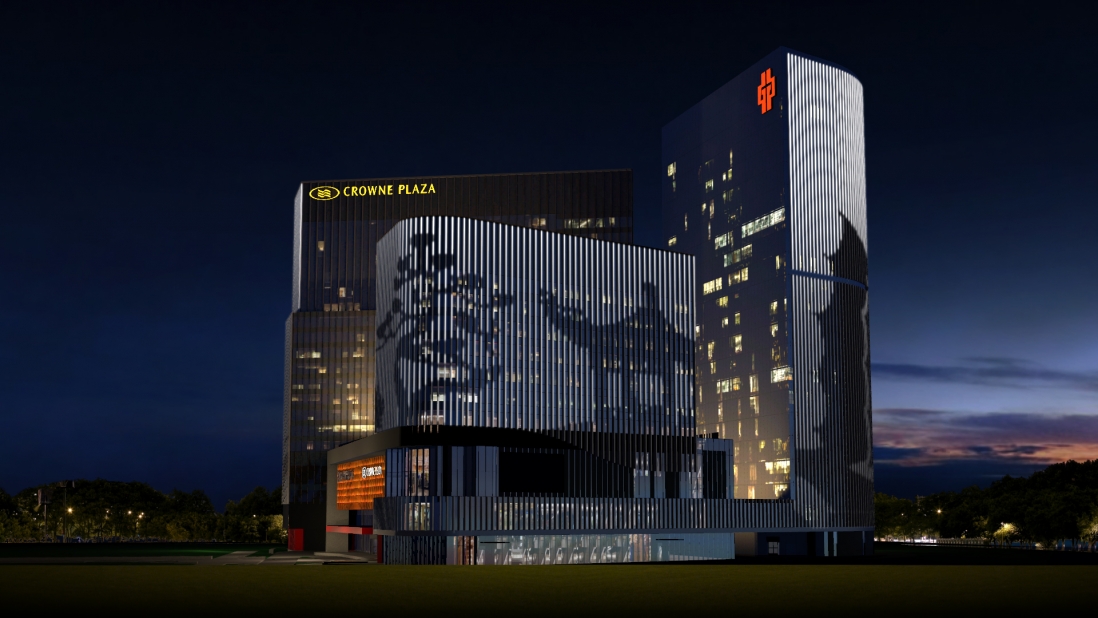 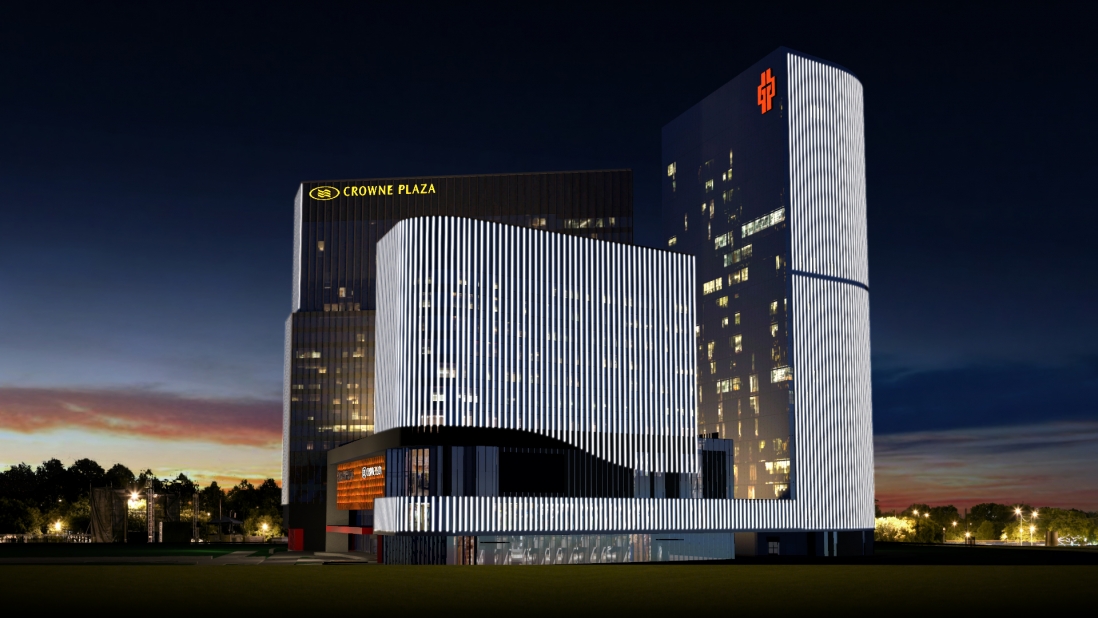 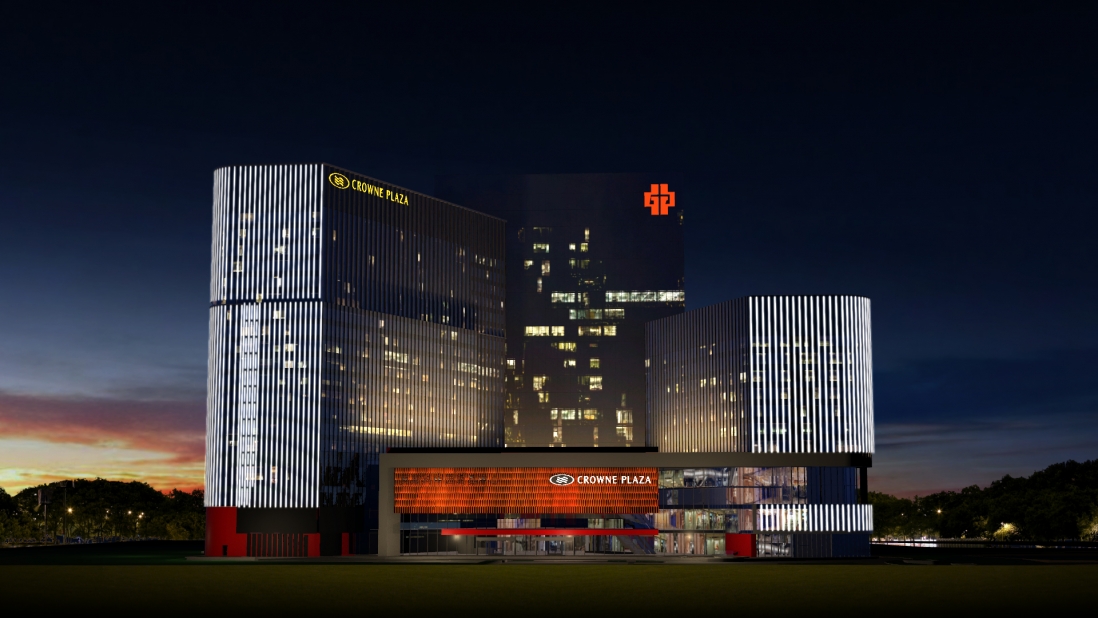 Chinese Business Center Park Huaming next to the Botanichesky Sad Metro Station is going to be commissioned by the end of this year. According to Chief Architect of Moscow Sergey Kuznetsov, the facades of the complex will be decorated with dynamic images taken from traditional Chinese art prints.

The business center with a total area of about 100 thousand square meters will consist of three buildings united by a common stylobate. In the 21-storey part, the center of architectural composition, there will be offices and cafes for employees. Two adjacent buildings will host a five-star hotel and an apartment hotel. The functional core of the entire complex is a four-story stylobate, which will house a large business center, a conference hall for 1000 people, fitness halls and restaurants. The project was developed by TPO Reserve.

“LED lamellas will be one of the main features of the business center. They will help to reproduce traditional subjects of Chinese arts, such as bonsai tree or decorated Payfan arches, on the facades. Some elements will be highlighted, while others will create dark silhouettes on their background. The complex is going to be commissioned by the end of this year. Previously, the project was approved by Moskomarkhitektura”- Sergey Kuznetsov remarked.

The main facade of Park Huaming Business Center will be located opposite the entrance to the same name park. The park complex will be as much authentic as possible; it will be decorated with buildings in the traditional style of Northern China with its original decor and ornaments. There will be complete houses for commercial use combined in a single group, and small gazebos for recreation. The facades of the houses are now in the active construction stage – specially invited artists from China will paint them.

The exact address of the building is Wilhelm Pieck Street, 14. The Customer is PARK HUAMING OOO.