Panoramas from Highest Camera on Moscow Skyscraper to be Viewed 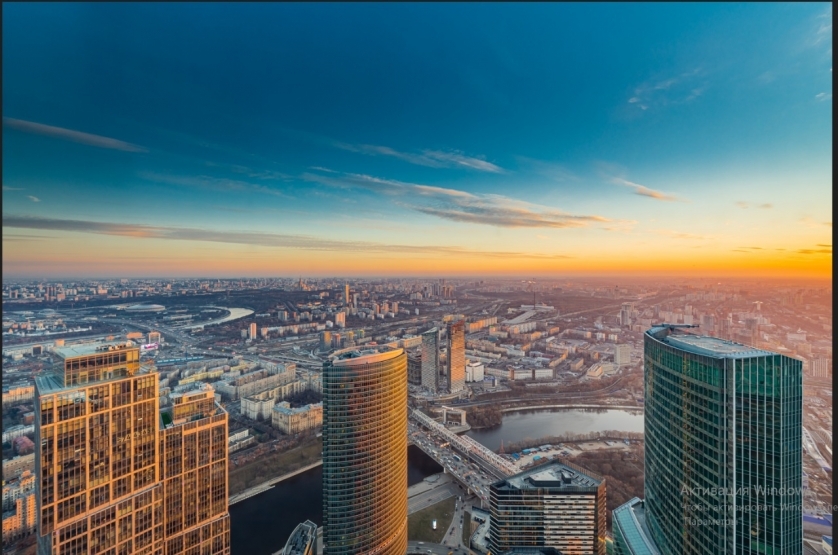 Muscovites will have access to online broadcasting from a new webcam installed on the 87th floor of the Federation Tower multifunctional complex - 320 meters from the ground.

“Placing cameras on skyscrapers in Moscow is not uncommon, but, firstly, the camera on the Vostok Tower has become the highest in the city, and secondly, broadcasts from the device are available in real time to all citizens. For example, in Moscow-City Business Center today there is no broadcast from the cameras and the recordings are only intended for internal use,” said Sergey Kuznetsov, Chief Architect of Moscow.

Webcams operating in real time mode allow on to take virtual trips around the world and observe everything from the Niagara Falls to a bird feeder in a private home in Sheffield, England. And even on the ISS there is a webcam that broadcasts around the clock and allows you to hear the conversations of astronauts.

The Vostok Tower as part of the Federation Tower is the tallest skyscraper in Europe in terms of the height of the accessible floor - 97 ground levels or 374 meters from the ground. It was here on the 87th floor that Aeon Development, the developer of the project, installed an online webcam to open impressive panoramas of the city to the citizens. In addition, everyone will be able to watch the construction of the largest and highest-rise residential project in the location of Kutuzovsky Prospekt in its entire history - River Park Towers Kutuzovsky.

In Russia, in general, only one webcam is located higher - on the Lakhta Center skyscraper, on the Lakhta 360 observation deck, at a height of 360 meters. The camera broadcasts a beautiful view of St. Petersburg and the Gulf of Finland in real time mode.