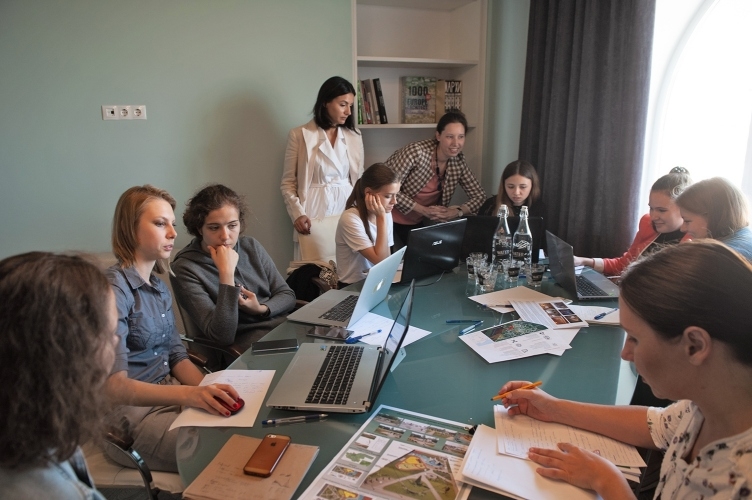 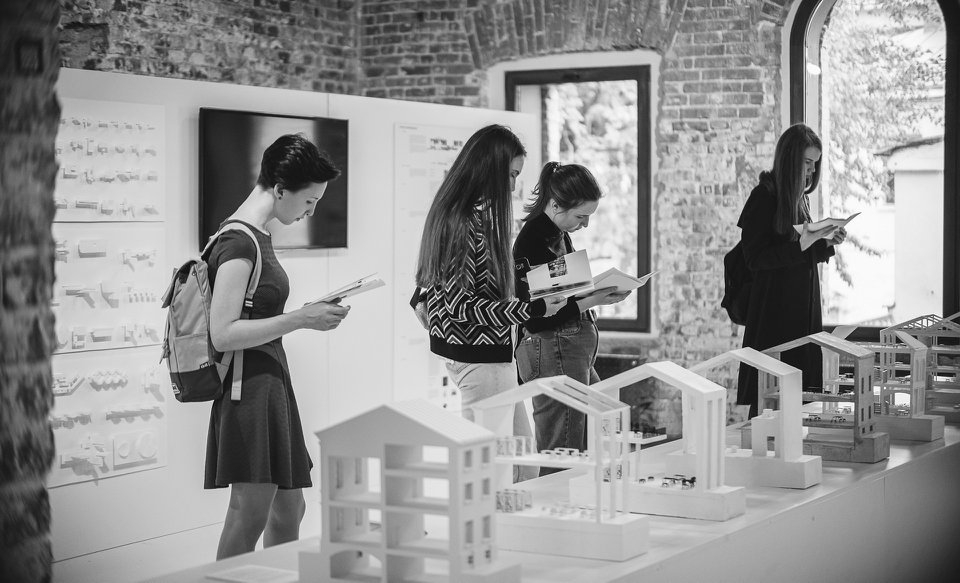 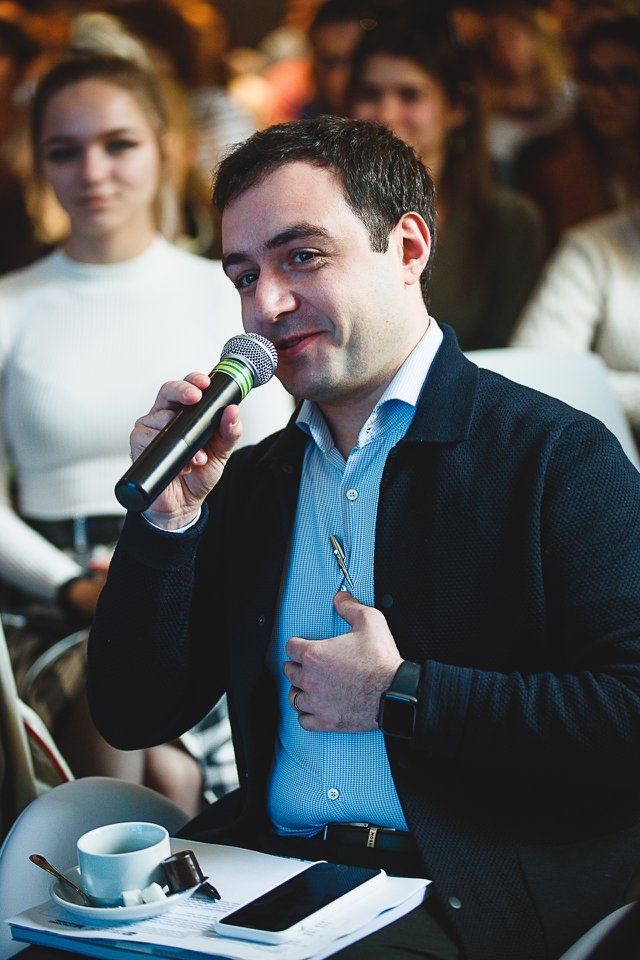 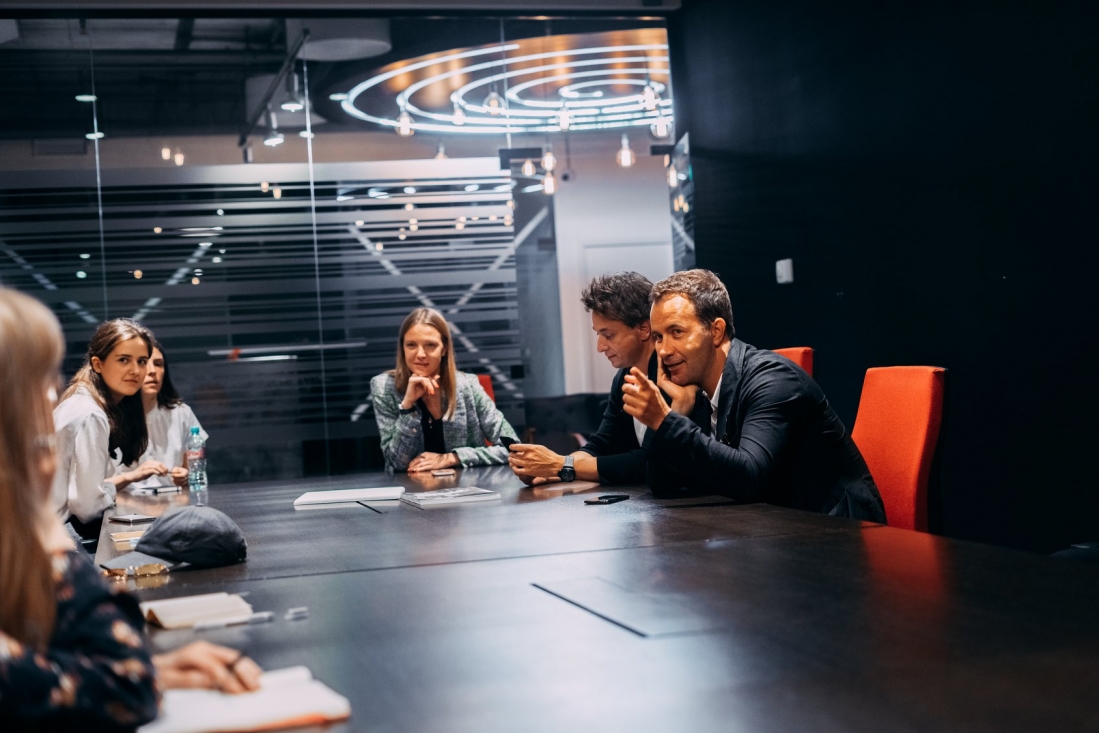 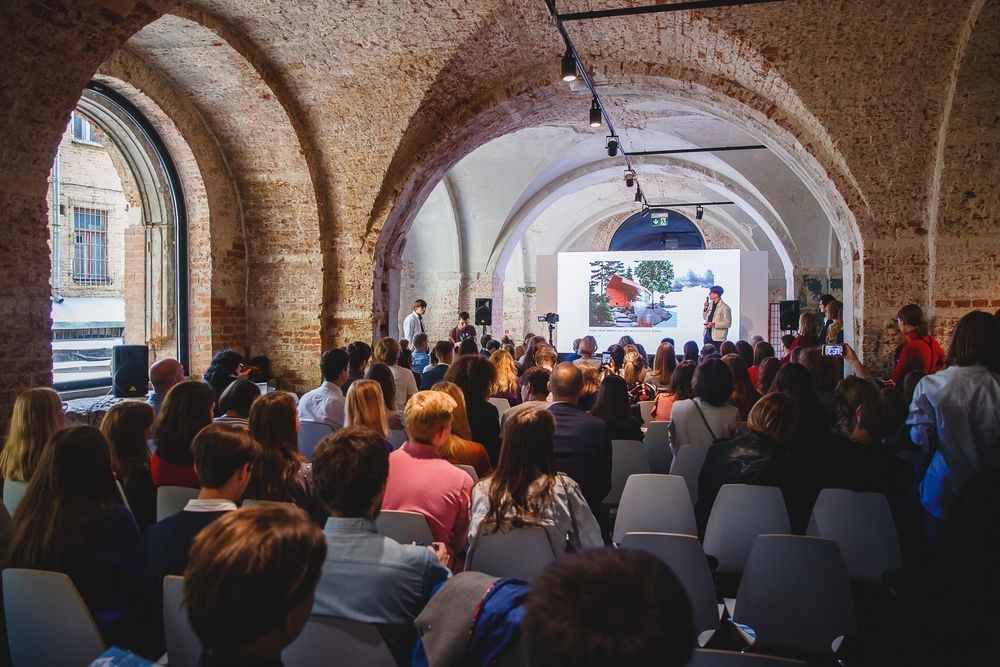 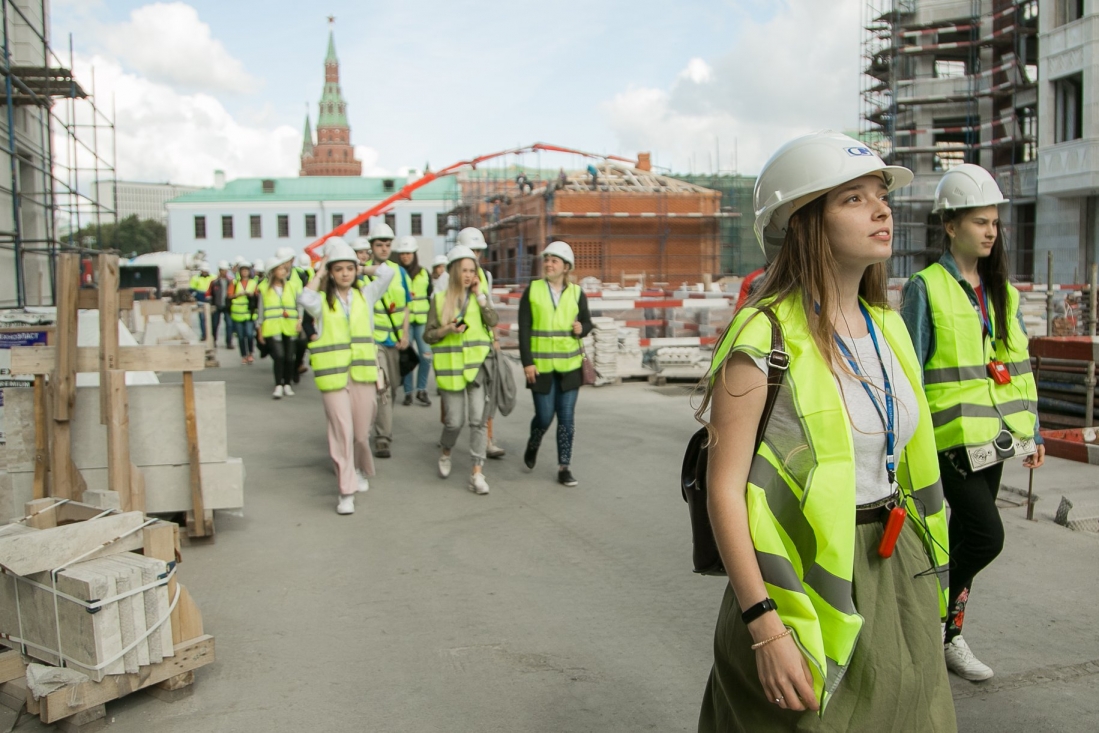 In 2020, the festival of architectural education Open City is being held for the fifth time and the first anniversary is an excellent occasion to sum up the first results and tell why the festival is valuable for its participants: students, architects, developers and the city.

Over the five years of its existence, Open City has grown into a serious project that includes lectures, workshops, excursions, offline and online discussions, competitions for students of architecture universities and young professionals. Today it is the largest non-profit project in the field of architecture and urban planning education and career. Over the 5 years, about 10,000 people from more than 10 cities of Russia took part in it.

This year alone, more than 300 applications were submitted for participation in workshops and Portfolio Review; 6 workshops, 6 online discussions, 3 offline seminars were held, including an event at Arch Moscow.

First of all, Open City is an educational project that gives students of specialized universities a chance to learn from famous experienced architects and do it in the «inner sanctum» — their workshops, which are not so easy to get into outside the festival. It makes it possible to study informally what is not taught in a university: to conduct research, interact with the customer and the administration, defend their projects, explore the target audience, or, on the contrary, let go the fantasy, without looking back at the teachers.

At the Open City you can gain experience from the best specialists in order to determine which area of architecture and urban planning may be of interest in the future and become the main profession. «Many of the participants did not come to our workshop because they plan to become landscape architects in the future, — says the curator of the Arteza workshop Ekaterina Gagarina, — but because they want to understand how the city as a whole is built and lives. And even if they only deal with architecture, it is important for them to understand what it should be surrounded by.»

Often, architectural firms and development companies, as part of a workshop, invite students to think together about real cases and projects. One of the brightest «success stories» of which the festival organizers are rightfully proud, is the victory of the project developed as part of the workshop of the urban planning bureau Master’s Plan in the All-Russian competition for the best projects for creating a comfortable environment in small towns and historical settlements.

The workshop «Options of new content and understanding of public spaces in small towns of Russia» was based on two very small towns — Igarka and Kedrovy, one in Turukhansk region of Krasnoyarsk Territory, the other in Tomsk region, which a year ago participated in the competition of the Ministry of Construction, but did not win it. Two parallel workshops were held for the two different cities, the condition of which was close interaction with residents and the administration: students learned not only to come up with a beautiful image, but to collect information, opinions, analyze them and, as a result, develop a proposal.

At the Open City festival site, presenting the concepts invented as part of the workshop, the bureau announced its desire to submit jointly created projects to the All-Russian competition for the best projects for creating a comfortable environment. The project for Kedrovy was submitted to the competition and won, receiving a grant for implementation — 40 million rubles!

The curator of the workshop on creating the concept for a public space in Kedrovy, chief architect of the bureau Yulia Nurtdinova believes that this is the merit of both the administration, and the Bureau and students, «We really enjoyed working with young architects — the girls who came to our workshop were active, ambitious, full of ideas, without any framework of thinking. Their free creative ideas largely formed the basis of the project. So did the ideas of local residents.»

Participation in the festival is a great chance for students to get noticed and start building a career. Often, workshop participants stay in an architectural bureau or development company for an internship.

This year alone, four participants of the Kleinewelt Architekten workshop were immediately invited to work in the companies and the other four students who participated in Portfolio Review, impressed the jury so much that they got the opportunity to undergo an internship at City-XXI Century and APEX bureau. Sometimes these internships escalate into a job offer.

So, for the Capital Group company Open City has become a platform where they can, according to Olga Kulakova, head of the department for work with universities «meet directly with creative youth, notice the people interesting for the company, in order to invite them to further cooperation». At one of the performances during the Open City 2018 company representatives were impressed by the student of MARCHI Vasiliy Alikberov, who was invited to the company for an internship, and then he remained on the staff. He left to serve in the army right now, but Capital Group are waiting for him back. In 2019, the company organized a small competition right at the festival site — after a coffee break, participants were invited to paint paper cups, take their pictures and post them with a hashtag on social networks. Winner of the competition, Daniil Zhuravlev, got an internship in Capital Group and successfully coped with it: in the spring of 2021 he is expected for his pre-diploma practice.

There are quite a few stories just like those. Last year trainee Avakov Denis invited by City-XXI Century following the results of the presentation and defense of projects, then stayed to work in the department of architecture and design of the company.
«I am grateful to the festival for this opportunity. And in general, Open City is really a very open area, says Denis Avakov. Here students have a real opportunity to meet famous architects and people of importance in architecture. The jury includes the best architectural studios, Chief Architect of Moscow Sergey Kuznetsov, and if you have the courage, you can come up to meet them and talk to any of them. There are all conditions for this.»

In 2019, within the framework of Open City, the topic of working with cultural heritage was first discussed. Preserving the identity and spirit of a place in a city that is constantly growing and renewing, the new functions of historic buildings and the possibility of integrating new building concepts into the existing urban context — these themes have become central to the research conducted by the Citymakers company, combining the request of two Moscow departments at once — Moskomarkhitektura and Moskomnasledie.

The study involved 4 Moscow bureaus: WALL, Kleinewelt Architekten, Tsimailo, Lyashenko & Partners and Ginzburg Architects held workshops with students on architecture at the turn of the 19th and 20th centuries, avant-garde and Soviet modernism (by the way, few understand how to handle the latter).

The result of the study was a catalog of solutions, a kind of «cheat sheet» for developers and the city for working with heritage, which, together with the results of the workshops were collected in a book, published and defended at the Open City. Alexey Yemelyanov, the head of Moscow Cultural Heritage Department, who was present at the defense, not only approved the book very much, but also took it into work. And yesterday’s research as part of the workshop is today one of the working tools of the city and developers.

«In my opinion, Open City is primarily valuable because the distance between those involved in urban planning policy, architects and students is narrowing. This is the very necessary informal platform where those who form the city communicate directly. And from this communication live, working ideas and projects are obtained,» says Ruben Arakelyan, founder of WALL bureau.

Everyone wins at the Open City festival: both the participants of the workshops and their organizers. One example is City-XXI Century development group, which held the Divny Boulevard workshop in 2019. The architecture and design department of the company, together with the students, developed a pedestrian space for Divny minipolis, following the principles of participatory design. The company undertook to conduct a workshop within the framework of the festival primarily to support an educational project as part of its «responsible business» strategy. As a result, in addition to image bonuses, it received much more than what it expected. Firstly, absolutely feasible fresh ideas for design. «We have original proposals, which, importantly, are being implemented in our minipolis: awnings with mirrored surfaces, luminous outdoor furniture, mobile neighborhood club, light strips,» says Maria Mogilevtseva-Golovina, product director.

At the festival sites, they talk about serious and important things, but they talk about them with the youth. And unlike classical universities, they do not speak down, but like with colleagues, on an equal footing. So sometimes serious research under the supervision of experienced mentors turns into an unrestrained flight of fantasy. And this is also necessary — where else can you turn on creativity to its fullest, and this skill also needs to be trained. Perhaps the most striking example was this year’s workshop from Kleinewelt Architekten, in which, according to the curator Sergey Pereslegin, «everyone decided to go crazy a little». Therefore, inventing new cities for an ideal world, black holes and «folds of the universe» were also used. Obviously, it was to everyone’s pleasure: the work and the very presentation of the project were highly appreciated by the jury, the participants received prizes and stayed for an internship at the company.

Of course, the best motivation is gaining knowledge, unique experience and new useful acquaintances and connections. But you always want a little more. Therefore, the Open City Festival has developed a tradition of rewarding the most active participants with educational trips.

The winners of previous years have already visited the Architecture Biennale in Venice and the Cultural Forum in St. Petersburg together with the festival curator, Chief Architect of Moscow Sergey Kuznetsov, saw the modern architecture of Rotterdam and Amsterdam, and this year’s winners were awarded a trip to Krasnodar and the Krasnodar Territory, which they surely cannot wait to see.