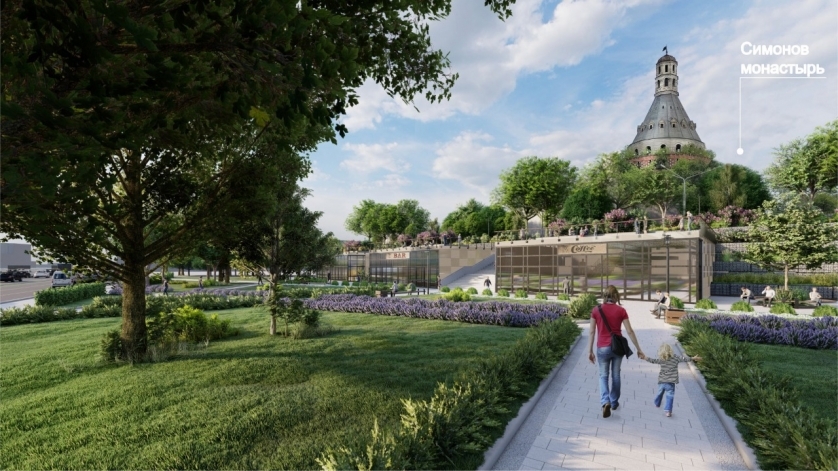 In the near future, a section of the road network on Simonovskaya Embankment - from Krutitskaya Embankment to Leninskaya Sloboda Street - will be landscaped and reconstructed. This was announced by Chief Architect of Moscow Sergey Kuznetsov.

“Now the approach to the river is limited, the territory is occupied by industrial buildings and is not at all landscaped. Soon there will be a walking area, and a new section of the road network will increase the transport accessibility of the residential buildings and the reconstructed Torpedo Sports Complex. I am sure that Krutitskaya Embankment and the area near Simonovsky Monastery will become another urban space near the water that Muscovites will love” - said Sergey Kuznetsov.

The site planning project was prepared by Genplan Institute of Moscow. After the project implementation, a comfortable and uninterrupted network of bicycle paths will be built here, and bicycle parking and bicycle sharing points will appear on the territory. It is also planned to arrange recreation zones, landscaping the territory, and the construction of bank protection. According to the experts of the Institute, this will allow the territory to be included into the life of the city not only on the days of major sporting events that will be held at the Torpedo.

“After the reconstruction, the stadium will become a center of attraction not only for football fans, but also for local residents as it will house premises for practicing various sports. Particular attention is paid to the improvement, reconstruction of the functional lighting system, the equipment of stopping points and pedestrian crossings - a safe environment is necessary so that parents can safely let their children go to sports clubs” - said Sergey Kuznetsov.

Multipurpose use of the new recreational and sports cluster was taken into account when designing the objects of the street and road network. A large section of Simonovskaya Embankment is supported by two local streets and an intra-block passage which will be used by local residents to access residential buildings, as well as recreational and sports infrastructure. For major sporting events, a side driveway along Simonovskaya Embankment is provided for servicing E.A. Streltsov Sports Complex (Torpedo) and removing additional load from the city road.

“Designing a road network for an area that has not only houses but also recreation facilities and venues for city-scale events is a challenge for designers. It is necessary to create conditions in which, on the one hand, the territory will be effectively used on ordinary days, and on the other, so that the road network can withstand the peak load on the days of events. Our design solution takes into account all these scenarios” - commented Igor Bakhirev, Deputy Director of Genplan Institute of Moscow.

Public discussions on this project will take place from March 17 to March 30 2021. You can ask questions to consultants and make suggestions on the website of the "Active Citizen" project in the "Public Discussions" section. All proposals from citizens received during electronic public discussions will be considered by the developers.