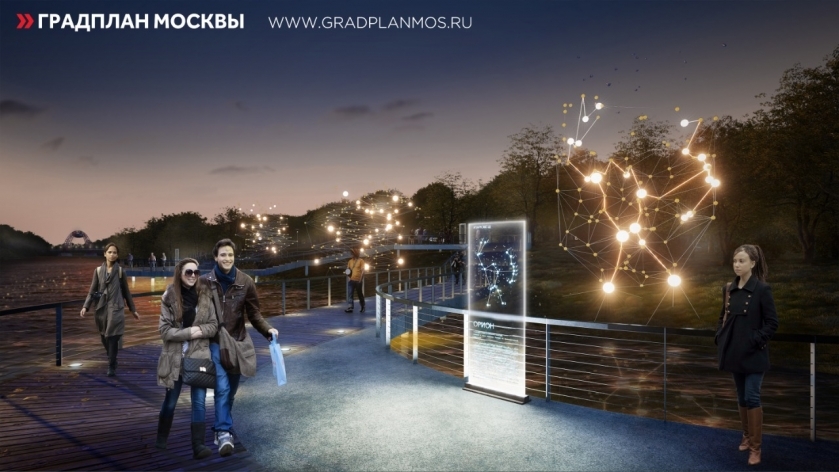 New grounds for recreation by the water, entertainment and sports can appear in the capital not far from the village of Trinity-Lykovo. This was told by the Chief Architect of Moscow, First Deputy Chairman of Moskomarkhitektura Sergey Kuznetsov.

«As part of the work on the concept of urban development of the Moskva River, this territory was considered as a priority» — Sergey Kuznetsov said. «It has tremendous recreational potential. Our task is to make it even greener and more comfortable, so that this zone near the water becomes a center of attraction for Muscovites’ social life. A comprehensive reorganization and updating of the bank areas will improve the quality of the urban environment and increase the number of public spaces in the North-Western Okrug of the capital».

The concept of urban development of the territory adjacent to the Moskva River in the north-west of the capital was developed by State Research and Design Institute for Urban Development of the City of Moscow.

«The key objective of the project is to create a harmoniously developed, safe territory, focused primarily on the needs and interests of residents of the adjacent Krylatskoye and Strogino districts» — said Dina Sattarova, director of State Research and Design Institute for Urban Development of the City of Moscow. «The chain of relaxation, recreation and sports areas along the Moskva River in the north-west of the capital, with walking paths and viewpoints proposed by the institute’s specialists, will make it possible to equip the territory as convenient as possible for comfortable leisure, and make it more attractive for the city-dwellers».

The designed territory consists of two parts, which should be connected by a walking route. «On the site bordering the Yantar Stadium, it is planned to create five public and the same number of thematic centers, including the GTO sports ground, an equestrian center for training and riding, and a children’s play center. A sports cluster is also provided there; it will include a skate park, cardio and strength training, as well as sports grounds for different age groups» — said Sergey Kuznetsov.

In order to increase the attractiveness of the territory for Muscovites, it is proposed to increase the width of the roads for the pedestrian route in the direction of Park Zvezd, as well as to organize a running track and a 3-meter-wide bike lane along the river, which will allow to differentiate walking streams and increase the capacity of the embankment. For a comfortable stay of visitors there are platforms with gazebos and barbecue grills.

In another part of the territory near Marshal Zhukov Prospekt, concept developers propose to place a platform for a beach holiday, an art cafe, a bike park isolated from the pedestrian zone, and also organize Gorny (Hilly) cycle route there. According to Sergey Kuznetsov, the cycle track will take into account the differences in terrain and include sections for both beginners and experienced athletes. And in winter, it can be used for skiing. In addition, pleasant changes are expected in the existing Park Zvezd (Star Park). As part of the project proposal, it is planned to create a thematic zone «Star Trek», where with the help of art objects and architectural lighting the effect of the «little Galaxy» will be created.