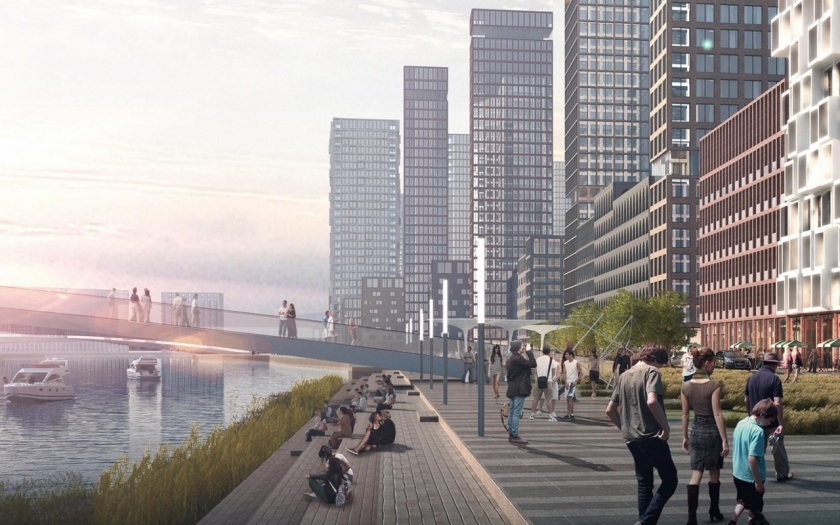 The construction of a 65-meter pier for pleasure boats and city water transport on Marc Chagall Embankment in ZILART is almost completed. At the moment, it only needs finishing with tiles and installing relief grid-irons around the perimeter. This was announced by Chief Architect of Moscow, First Deputy Chairman of MoskomarkhitekturaSergey Kuznetsov.

“A 65-meter pier for pleasure boats and city water transport on Marc Chagall Embankment is almost ready. In the coming years, river transport will become the new trend of the capital, and ZIL residents will be able to check it out among the first”- said Sergey Kuznetsov.

The river port will become one of the points of attraction of the Promenade theme route, which will be made as part of the concept of the park on Marc Chagall Embankment.

“As designed by Meganom architectural bureau, the Promenade route will be 4 km long. It is completely dedicated to water and includes four goes down to the river, its own pier for river transport, a yacht parking, a 150-meter amphitheater with a view of the river, a water sports complex”- Kuznetsov specified.

People will be able to go down to the Moskva River in any of the three specially equipped places. They will have facilities for people to have a rest and will be well-lit for safety. Moreover, it will be possible not only to relax on the bank, but also to take a walk directly "on the water" - on the lower terrace with a network of pontoons.

The architectural climax of the embankment is the House at the Pier, designed by the architectural bureau Sergey Skuratov Architects. The building is located right at the new pier. This week, LSR Group began handing out the first keys to a new house.

The House at the Pier, among other things, is notable for the expressive finish of the facade, in the masonry of which as many as eight types of clinker are used in eight different combinations.