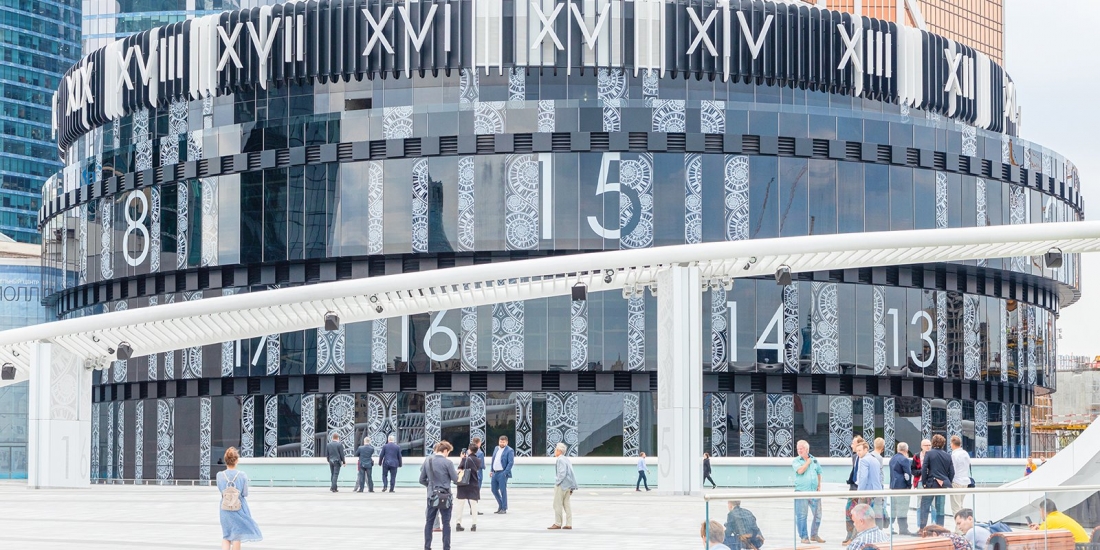 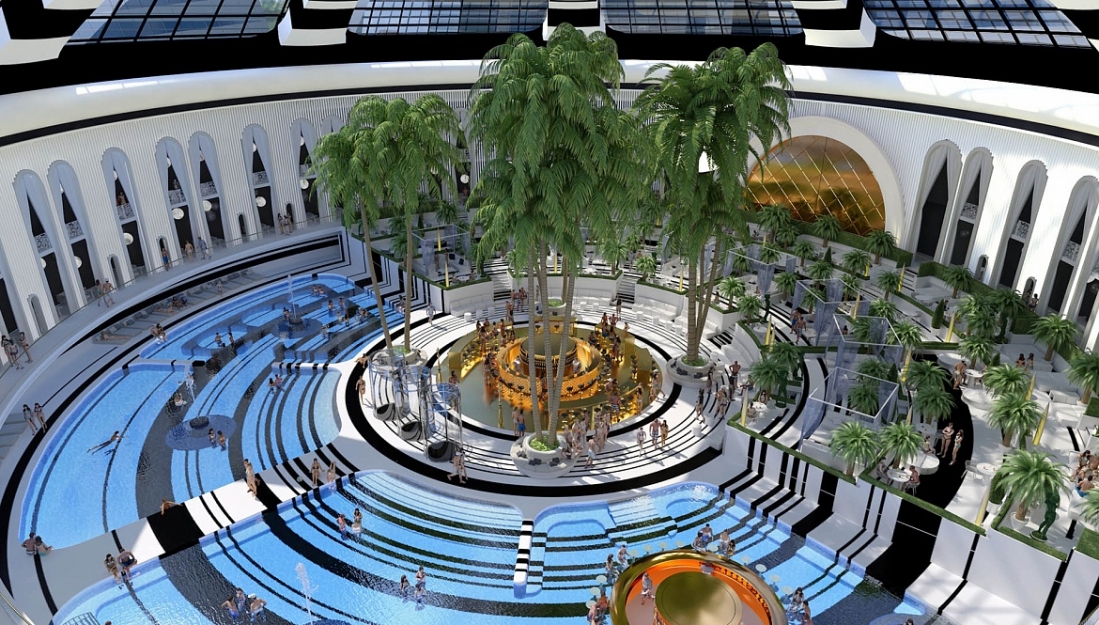 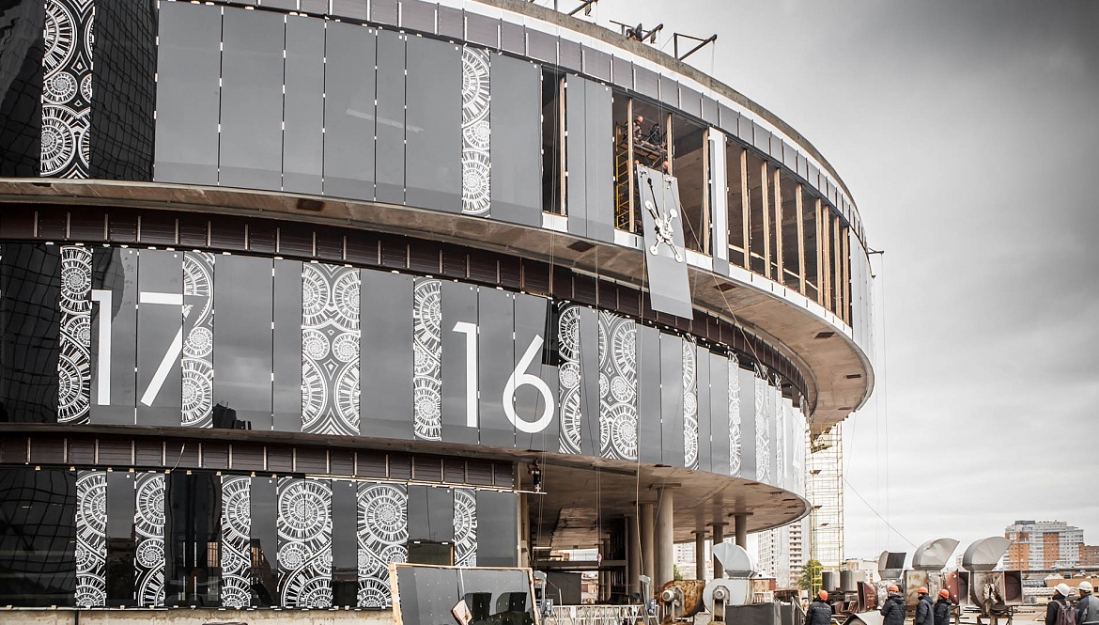 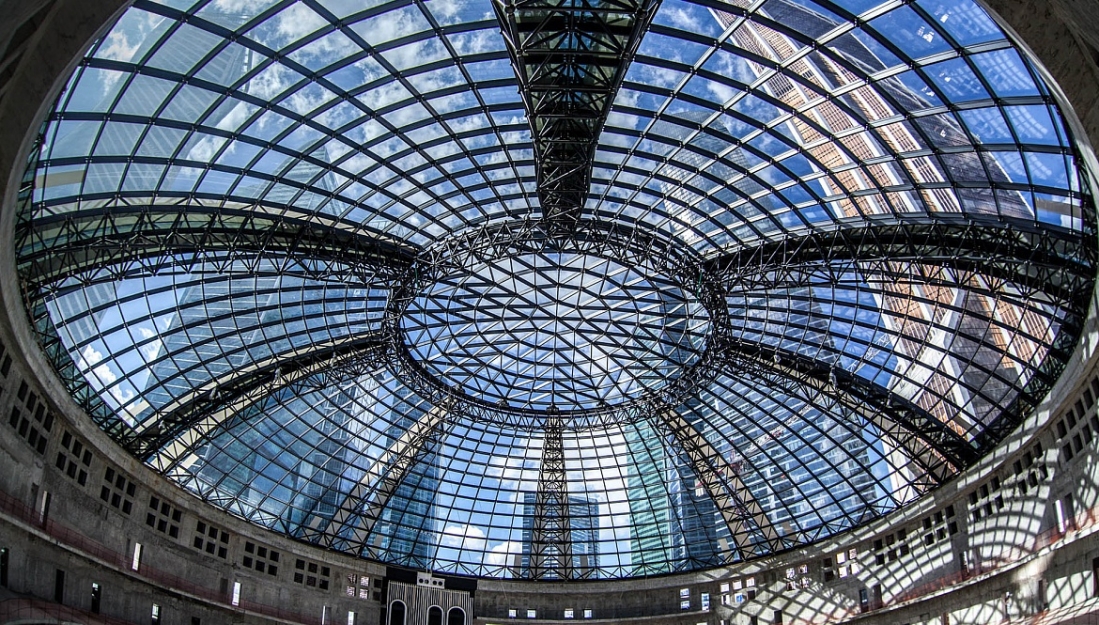 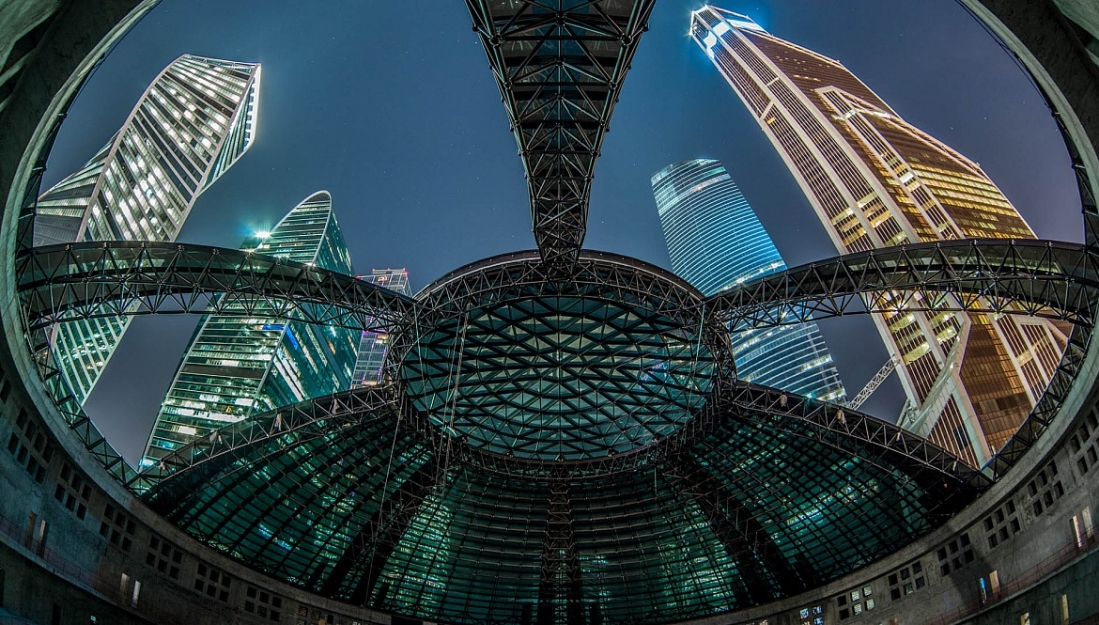 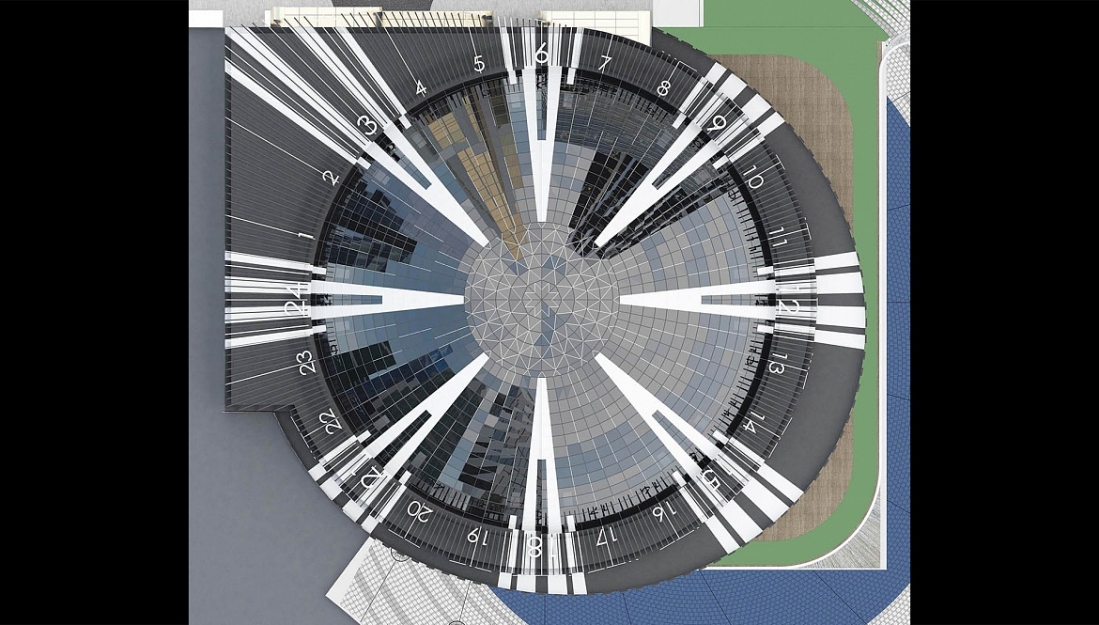 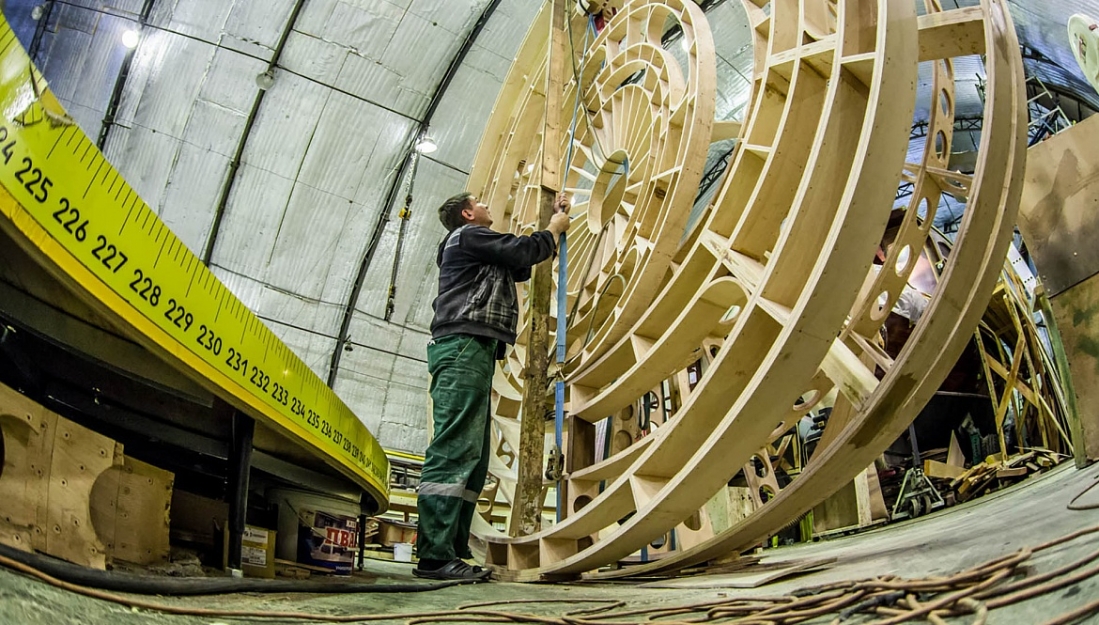 Multifunctional space of the new concert hall in Moskva-City will allow holding concerts, exhibitions, business events, and if necessary, creating a beach with outdoor swimming pools. This was announced by Chief Architect of Moscow Sergey Kuznetsov.

A 10-story building of the concert hall will occupy an area of about 45 thousand square meters. The building looks like a decorated jewelry box with a clockwork. Due to the fact that the “gears” are arranged with a shift, a dynamic architectural image is created. The figures and hands will be made of steel panels “gilded” with a titanium coating, and silk-screen printing of the ornament on the glass. But the main feature of the concert hall will be a sliding dome.

“The dome of the concert hall, made in the form of a clock face, will be visible both from all the office towers of the City and from the level of pedestrians. It will reach 64 meters in diameter. Probably, it will be the largest architectural clock in the world, and it may well qualify for the Guinness Book of Records. By the way, the space inside is no less amazing - it can be transformed  into space not only for concerts, exhibitions and conferences, but even for a beach club with pools. The dome will be able to rotate 180 degrees, creating an open-air mode for outdoor events, and an automatic control system will allow it to be quickly closed if it rains” - Sergey Kuznetsov remarked.

A patented technology of electrically heated double-glazed windows of complex geometric shapes was developed especially for this project. Experts paid special attention to acoustics and climate control. More than 40 configurations with various climate parameters (humidity, temperature, heat transfer) are provided. The unique transformer hall will accommodate up to eight thousand people and will work all year round. It is scheduled to complete the construction by 2022.

“The concert hall and the city square Moscow City, which has been opened today by Mayor Sergey Sobyanin, will become a single space, and I think that such a place with a cultural and leisure function will be very popular among Muscovites” -  Sergey Kuznetsov added.

The architectural concept of the square was developed by a team of authors headed by Philipp Nikandrov (ZAO Gorproject). The project is being implemented by Center-City State Unitary Enterprise in cooperation with Fun Generation Ltd.