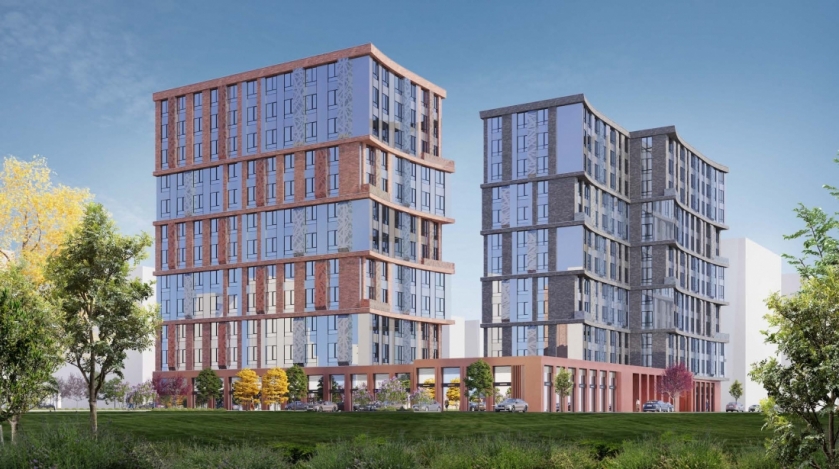 A new business district will appear in Rechnikov Street in Nagatinsky Zaton. At the moment, the projects of an office center and a multifunctional complex with a swimming pool have been approved. A distinctive feature of the buildings is the use of convex perforated metal pylons. This was announced by Chief Architect of Moscow, First Deputy Chairman of Moscow Committee for Architecture Sergey Kuznetsov.

“Both complexes are made in the same style. A characteristic feature of their architectural appearance is the horizontal structure of the facade, formed by layers slightly offset relative to each other. Each "layer" consists of two floors with a rhythmic alternation of glass, brick and perforated metal panels. The levels are also underlined by horizontal brick belts,” said Sergey Kuznetsov.

An office and business center with an area of about 29 thousand square meters will be built in Rechnikov Street, 7/7, and a multifunctional center will be located on the neighboring land plot 7/8. Clinker tiles, metal panels, stemalite, stained glass are used as finishes. The project also provides for a comprehensive landscaping of the territory.

The multifunctional center with a height of 12 floors and an area of 26 thousand square meters is a complex structure with two towers and a common stylobate. In addition to office areas, it will include a sports and recreation complex with a swimming pool.