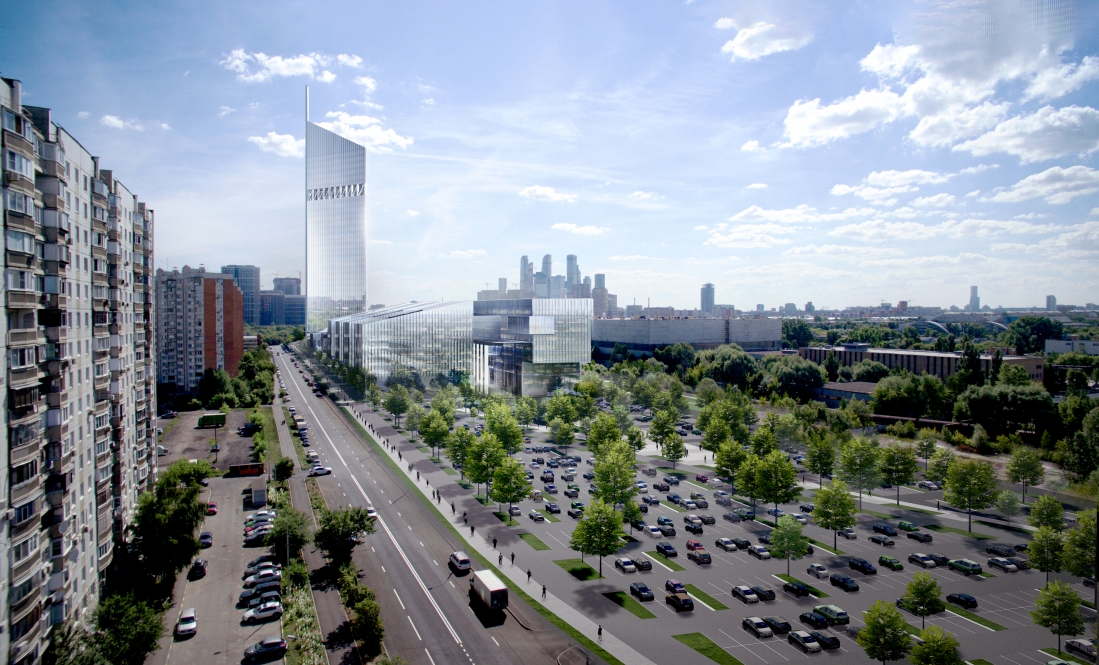 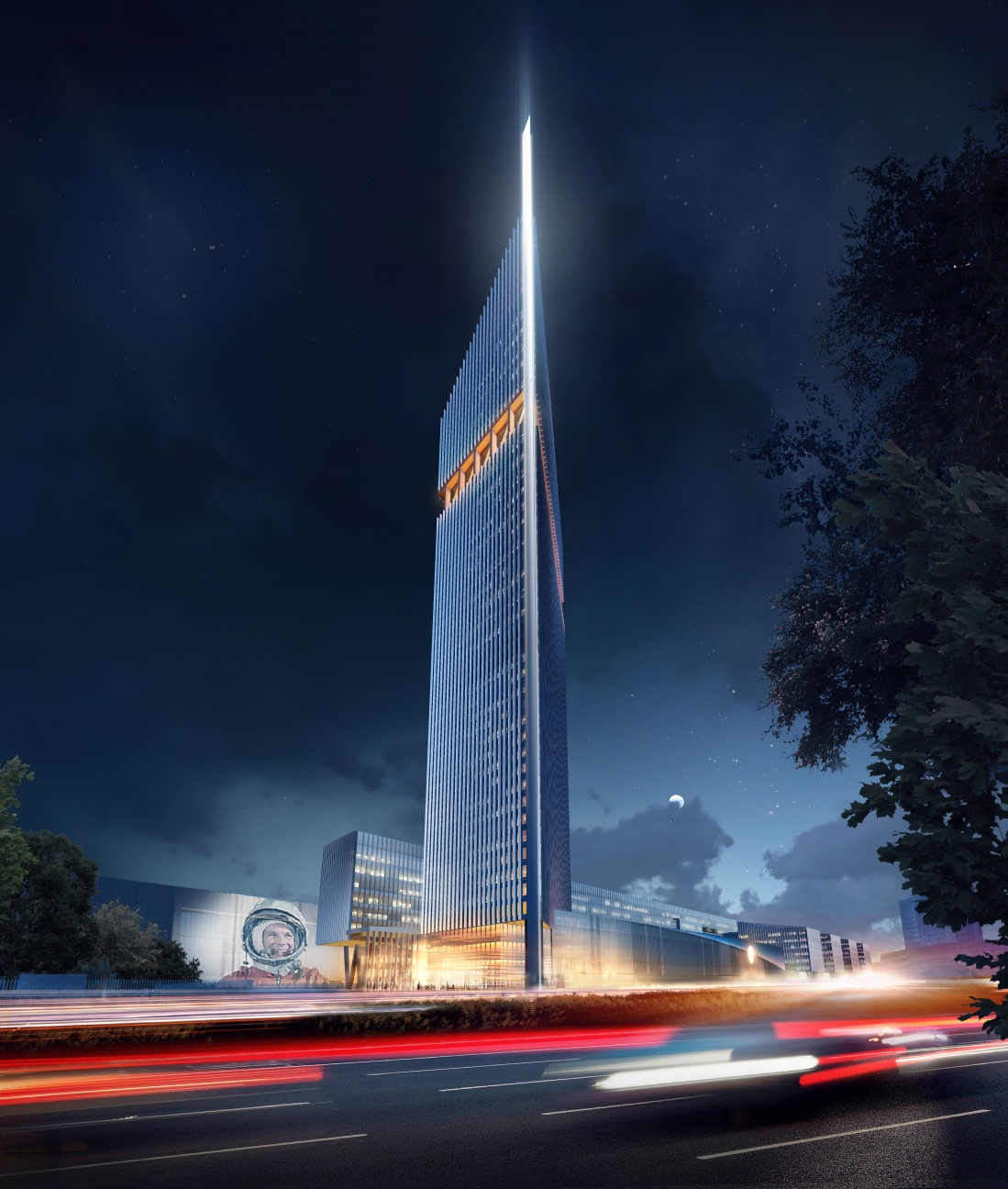 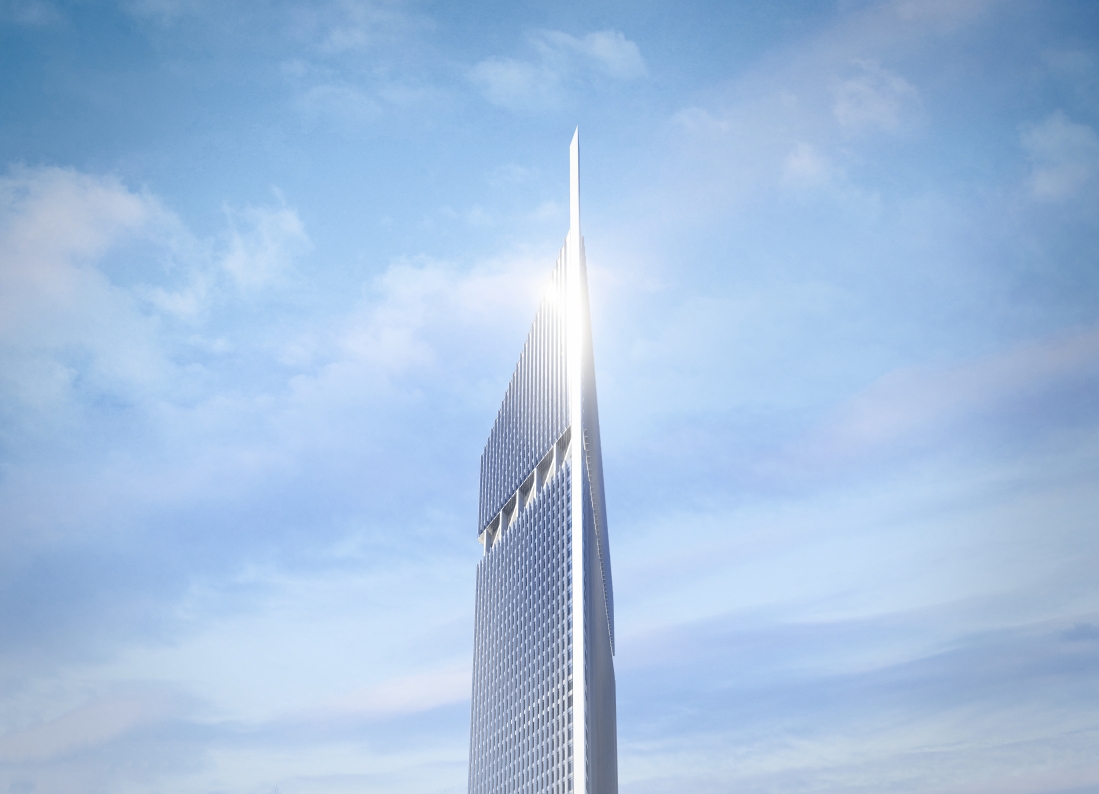 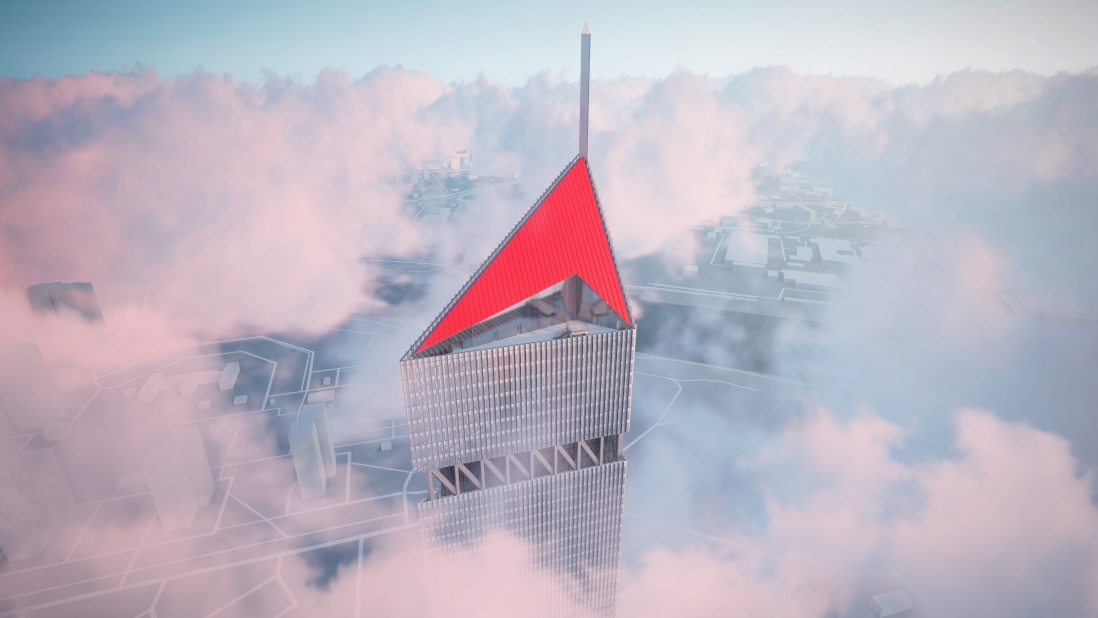 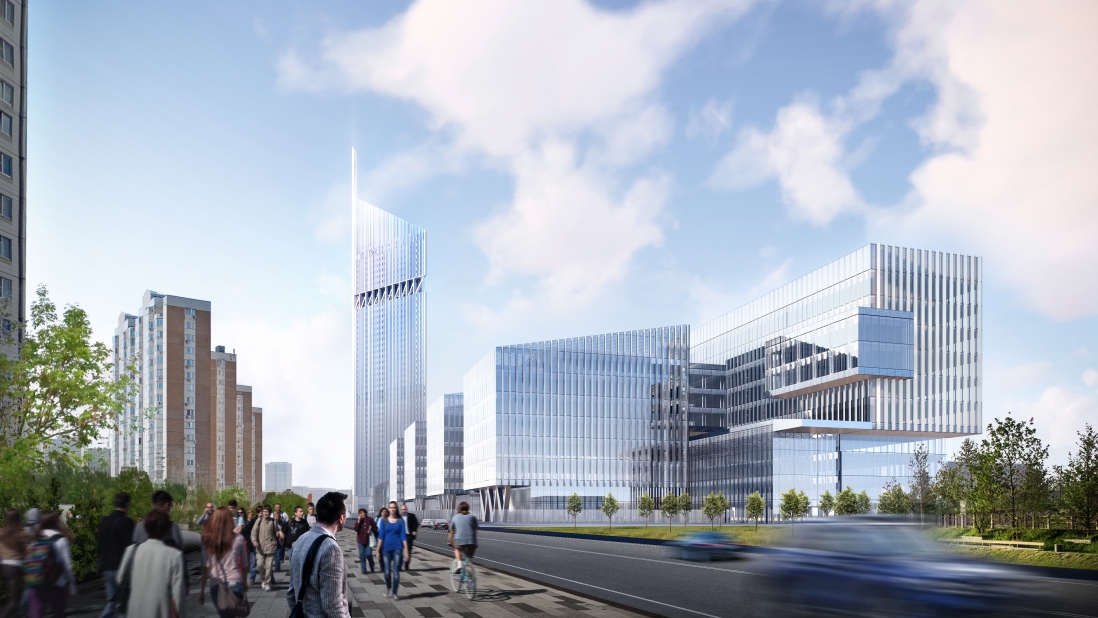 Moskomarkhitektura adopted the architectural and urban planning solution of the National Space Center, which will be erected on the site of GKNPTs im. M.V. Khrunicheva.  The height of the tower will reach 248 meters, said the Chief Architect of Moscow Sergey Kuznetsov.

“Last year, the Mayor of Moscow Sergey Sobyanin ordered to hold a competition to create a concept for the National Space Center, and today preparatory work is being done at the construction site. The main emphasis is on the tower, as it is the architectural and semantic center of the complex. Architects managed to fulfill the customer’s requirement - to take the image of the spacecraft as a basis, while masterfully avoiding direct associations in architectural solutions. Other components of the project are no less interesting. At the congress center, located in the lower part of the complex, for example, there will be a media façade that allows broadcasting live video from the International Space Station. And in front of it there is an art installation - the floating figure of an astronaut in a full-size spacesuit” - said Sergey Kuznetsov.

Let us recollect that the winner of the competition for the development of the architectural concept of the National Space Center was announced in October 2019; the Russian project bureau UNK project became the winner.

“Owing to the coordinated work of the architects of the UNK project, the designers and engineers of Mosinzhproekt, the project has not practically undergone any changes. According to the recommendations of the jury, the top of the tower was improved, the height of the spire increased. The roof angle was slightly changed, it became sharper and will be made in the form of the Roscosmos logo. Thus, the roof will become the fifth facade and will be visible from many points in Moscow. Currently, the landscape project is being finalized by the UNK project specialists together with Arteza company” - said the head of the bureau Juliy Borisov.

The central element of the project is the triangular tower, where the headquarters of Roscosmos will be located, a long building with research laboratories and offices will adjoin it. “The complex will also host an open-air museum, accessible not only for employees, but also for residents of the city. U-shaped courtyards will house historical aerospace technology related to the history of the location of the National Space Center, as well as the history of Soviet and Russian cosmonautics. The exhibits will be fixed in the air between the buildings with the help of cables” - added Sergey Kuznetsov.

A major role in the project is assigned to the lighting of facades. The main emphasis is on the tower, as it is the architectural and semantic center of the complex. At the very top there will be a searchlight that simulates a glare on the rocket fairing, and linear lamps will go vertically. By their dynamics, they will create the effect of moving up, and cold white light will further separate the high-rise part from the rest of the building. In the lower part they will install lighting devices with a warm spectrum. They will imitate the “starting flame” flaring up under a rocket. On the “key” cases, the blue light on the slats will create a sense of space and make a favorable background for museum exhibits. The lamellas themselves will be made of satin-polished aluminum.

The construction work is being carried out by Mosinzhproekt.