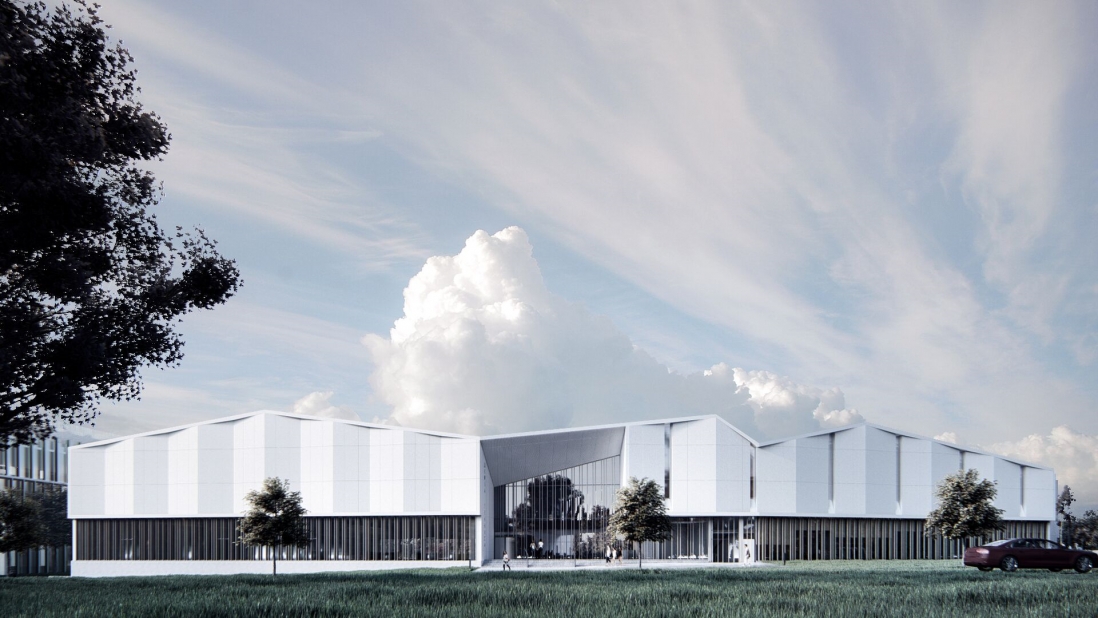 A modern multifunctional tennis center will open on the territory of Skolkovo in 2020. The tennis school under construction should become a new architectural dominant and one of the elements of concentration of the community’s life. This was announced by Chief Architect of Moscow Sergey Kuznetsov.

«Moscow Architectural Bureau IQ (together with 5D DESIGN) is developing the project. The composition of the sports complex with a total area of 6 thousand square meters will include 4 indoor courts, a fitness center, coaching facilities, VIP zones, as well as all the necessary infrastructure for a comfortable stay of guests (compact cafe, spa, etc.). As part of the improvement of the project, five outdoor clay courts, terraces, recreation areas, squares will be equipped» — said Sergey Kuznetsov.

The complex is located in the southern part, at the entrance to the innovation center. At the intersection with Bolshoy Boulevard and the pedestrian promenade, which consolidate Skolkovo’s facilities, a new square will appear. Thus, the school will become a zone of intersection of several routes, and form a point of attraction for social activities.

According to Eric Valeev, head of the IQ architectural bureau, the shaping of the complex is based on the main function — the game of tennis.

«It is optimal to make the height of the hall above the grid higher than over the races, so most of the building gets a gable silhouette and instead of hiding this principle, we support it with the rest of the volume, getting a pitched broken silhouette. It also refers to the rustic character of the complex. The first floors of the building are in glass in order to make the complex more accessible, transparent and open» — said Valeev.

As conceived by the architects, for the function of the complex to be accurately read out, the ground floors, including the court zones, are made in glass, which also makes the area along the complex more comfortable and safer. This solution supports a sense of openness, translates the basic values and characteristics laid down in Skolkovo. The facades are made of fiber cement panels. Their color and texture complement the conciseness of the image of the building and the general context in which it is placed. Based on the bureau’s ideas, the tennis center will turn into a hybrid space that will simultaneously function as a high-quality sports facility and will become a public attraction.

The territory will be partially open for free access, which is usually uncharacteristic for structures of this kind, generating a high-quality environment and taking it out, and not locking it inside. In addition, the project concept assumes a variety of scenarios for the use of the complex along the pedestrian promenade, which fits into the paradigm of universality of the innovation center.