Letovo, New Educational Center Will be Built According to Joint Project of Dutch and Russian Architects 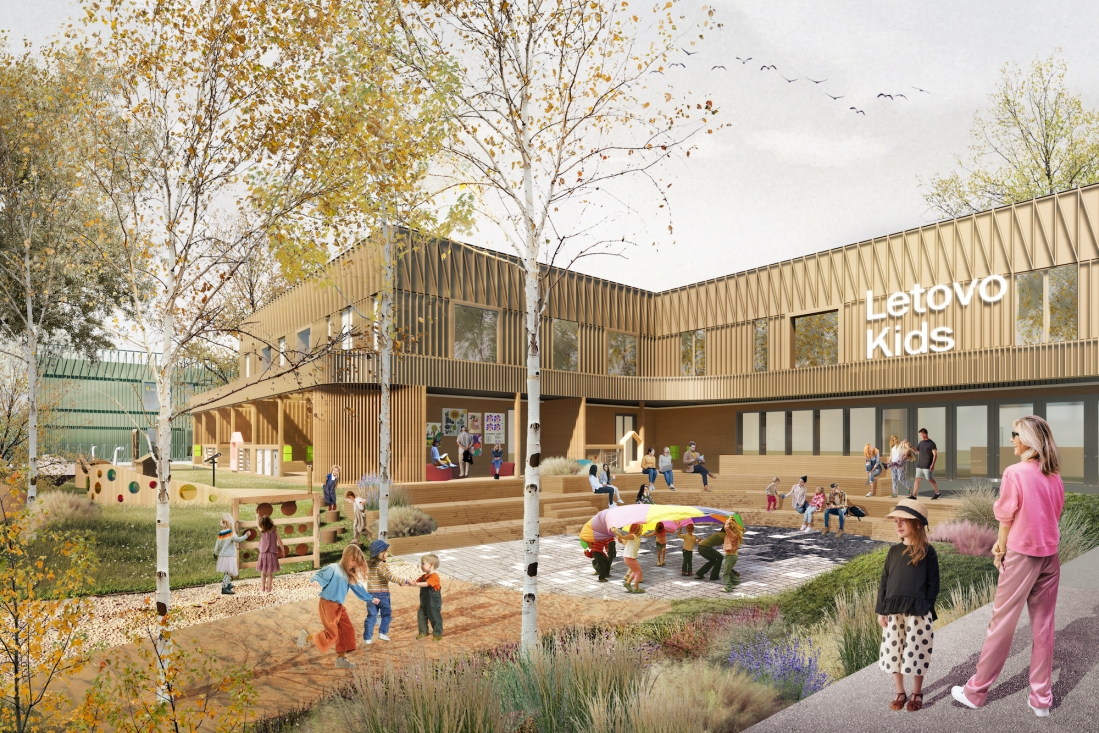 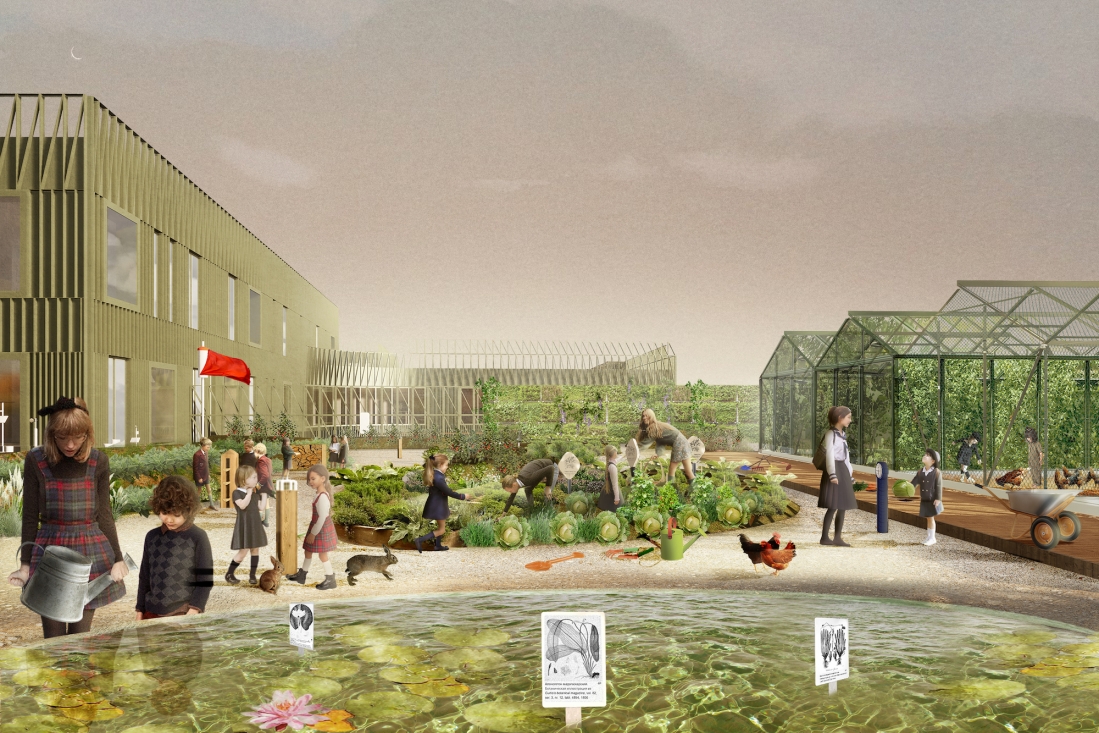 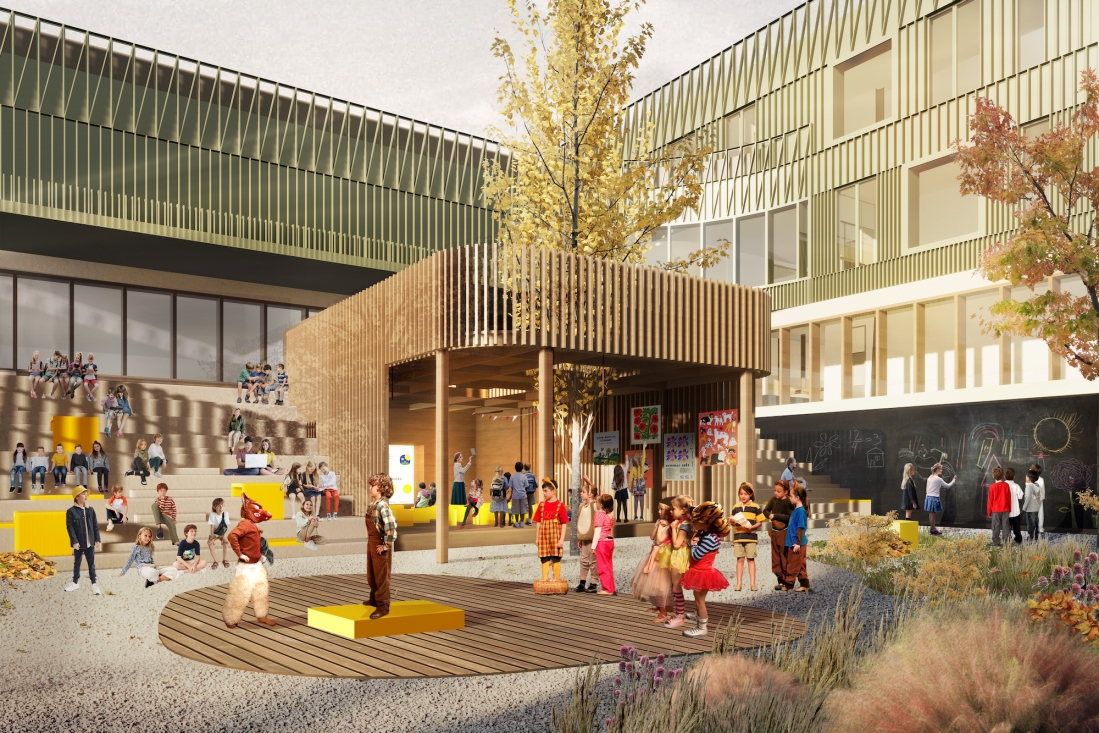 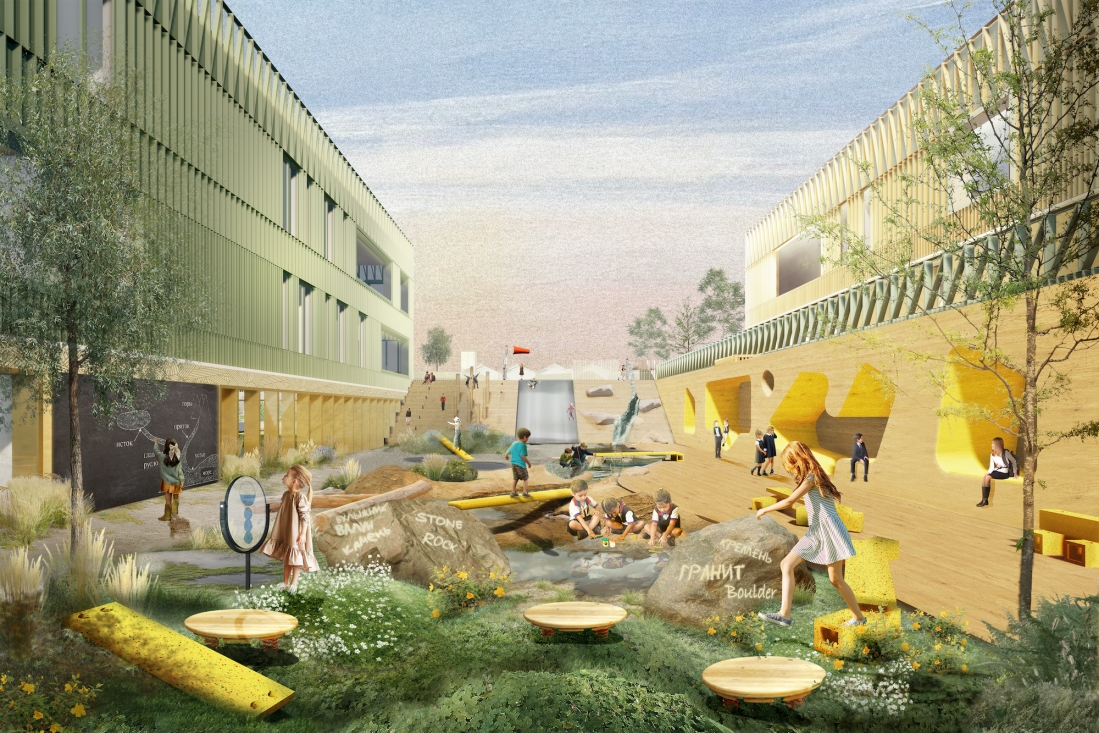 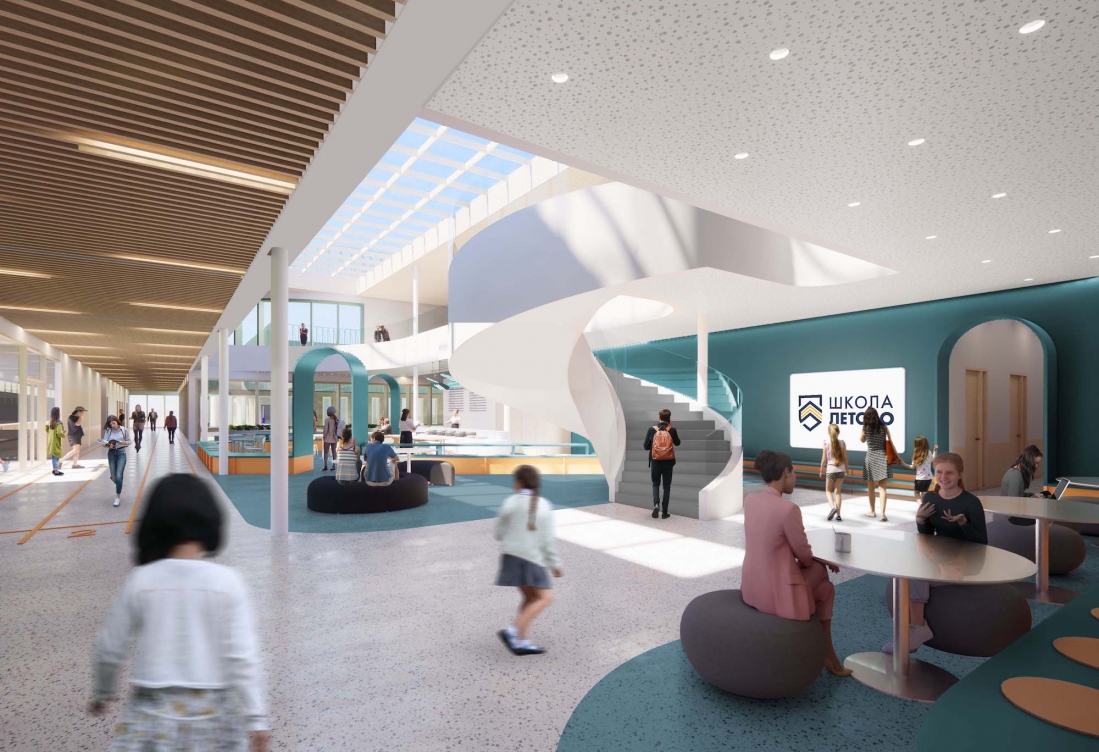 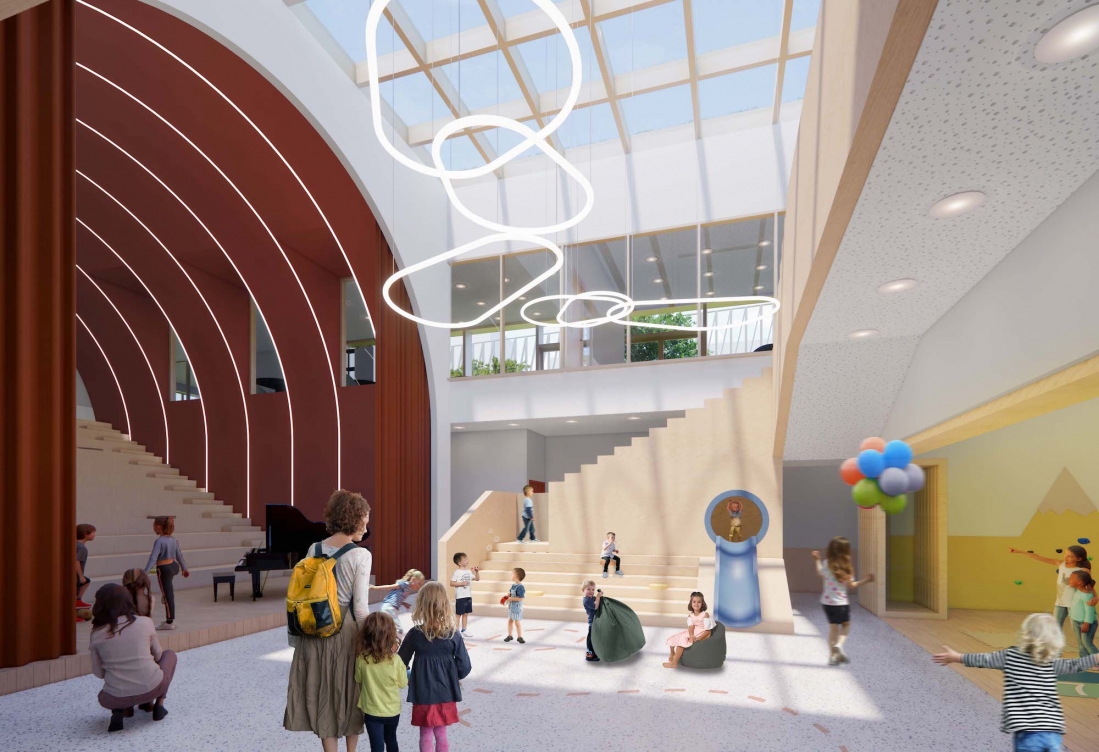 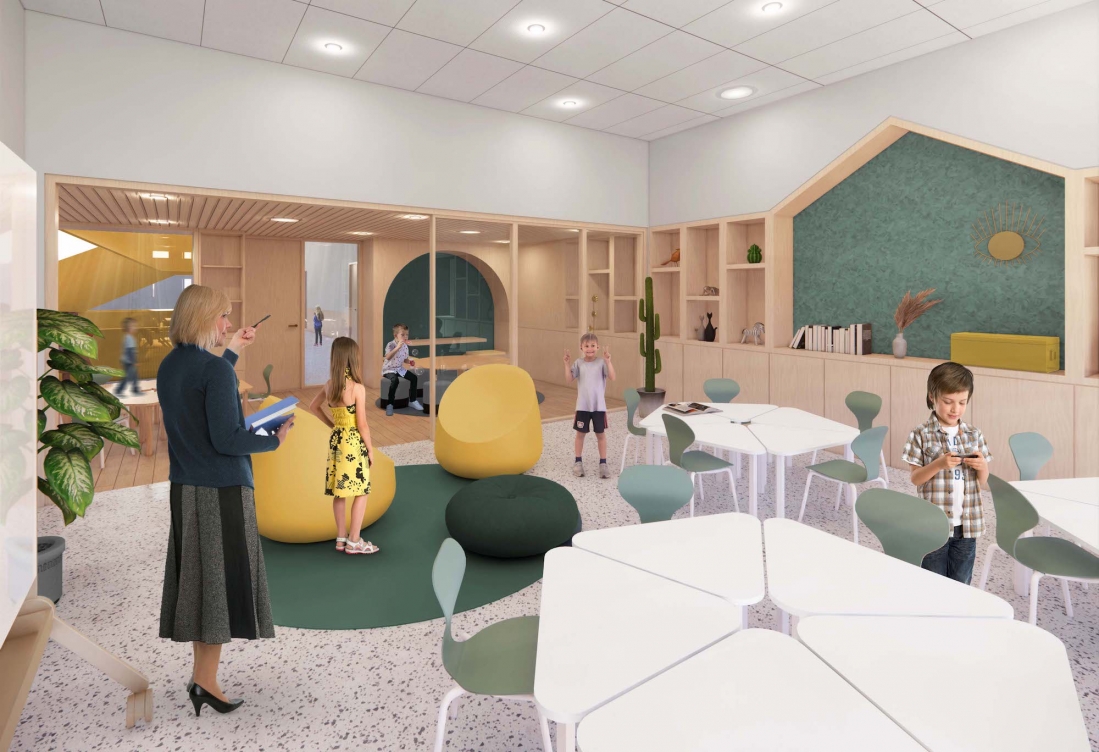 The consortium of Atelier PRO Architects, a Dutch bureau, and Druzhba architectural bureau from Russia became the winner of the international competition for the development of the architectural concept of the new educational center named Letovo in Moscow.

The competition was initiated by Level Group, the organizer of the competition and the author of the technical design specification is Citymakers.

The winning concept is based on the idea of a «continuous educational landscape», where each element of the school contributes to the learning and interaction of students. The project of the school provides for the placement of 5 compact modules: two educational, cultural, sports and central. They are united by a central corridor or «big alley» that unites all functional areas. The displacement of the blocks relative to each other allows the formation of compact school yards. Kindergarten is arranged according to the same principle, but it contains 3 modules.

«The more interesting, diverse schools we have in the city, the better. The creation of educational facilities as places where parents send their children, although they themselves do not really want to go, is an image that came from Soviet model schools. And objects that are different, recognizable, with their own identity and capable of changing in the course of life — this is a very interesting topic that is relevant for the future of primary and secondary education. The Letovo School is based on such principles — both of them — the already existing and the new one. I am very pleased that the founder’s approach does not change, and every time bright high-quality projects are chosen,» said Sergey Kuznetsov, Chief Architect of Moscow.

The architectural solutions in the concept embody the maximum freedom of organization of space for the teacher and children, which stimulates development and creativity. The authors put into the project the idea of «building and landscape as a three-dimensional textbook.»

It is an interactive and student-accessible environment that is a complete educational tool for the teacher. The school classrooms are equipped with mobile furniture and do not have a strict seating structure: desks can be arranged in rows or working groups of 5 tables, and with the help of transformable partitions, teachers can, if necessary, divide the classroom into smaller rooms. The height difference in the design area can reach 14 meters.

In their concept, the winners took into account this peculiarity of the landscape: they proposed dividing the territory into proportionate «plateaus» on which courtyards and functional blocks of the school and kindergarten are located. For optimal insolation, the kindergarten (Letovo.Kids) is located in the project at the highest level in the north of the territory. Primary (Letovo.Junior) and secondary (Letovo.Senior) schools occupy most of the territory and are located in the center of the site. Schoolyards — there are several of them in the concept — are described by the authors as «workshops of unpredictability» — freely organized spaces for communication and creativity.

The active natural landscape at the center of each of the courtyards is surrounded by the «inhabited facade» of the school. Instead of a blank wall of the building, there are street classrooms, amphitheaters, surfaces for creativity and exhibitions.

«I would like to once again thank all the contestants for their interest in our project and the great ideas that were presented. We are starting to build a unique Letovo Junior educational center that has no analogues in Russia — a well-thought-out, comfortable and harmonious environment for learning and development, and we will make every effort to create a truly innovative complex, the best in its segment — comments Kirill Ignakhin, General Director of Level Group .

«Each project of this kind is a contribution to the development of education in Russia, setting a point of reference for the market and promoting the highest level of requirements for the architecture of schools and kindergartens. We hope that the competition and its results will allow us to establish a good tradition of gathering the best minds from the architectural (and educational) world to create schools where children can spend a happy childhood, and then become successful and comprehensively developed adults,» said Alexander Zaltsman, Head of Citymakers projects.