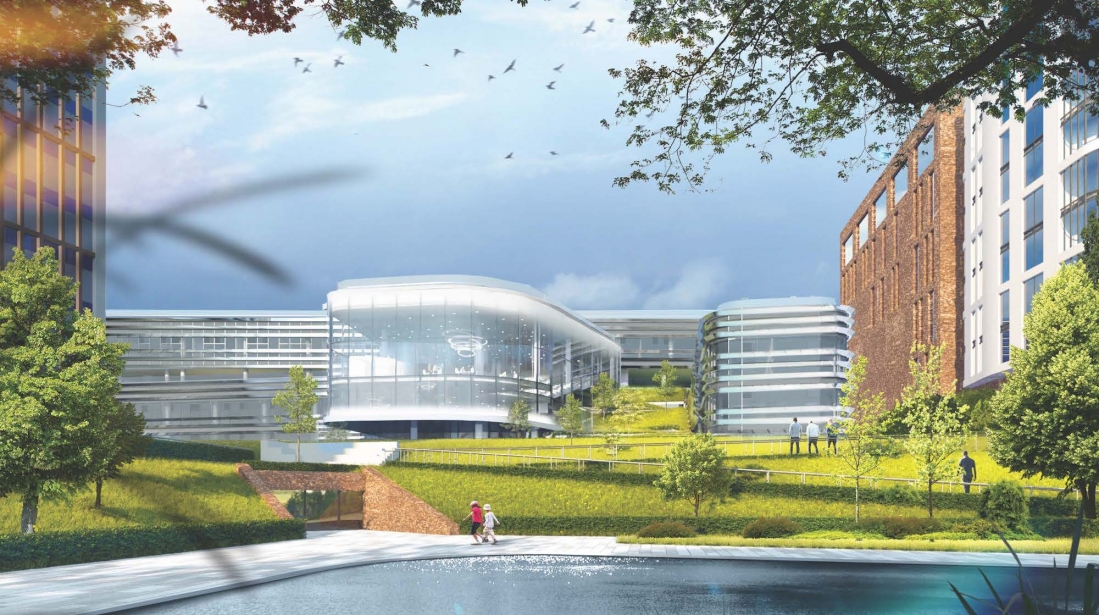 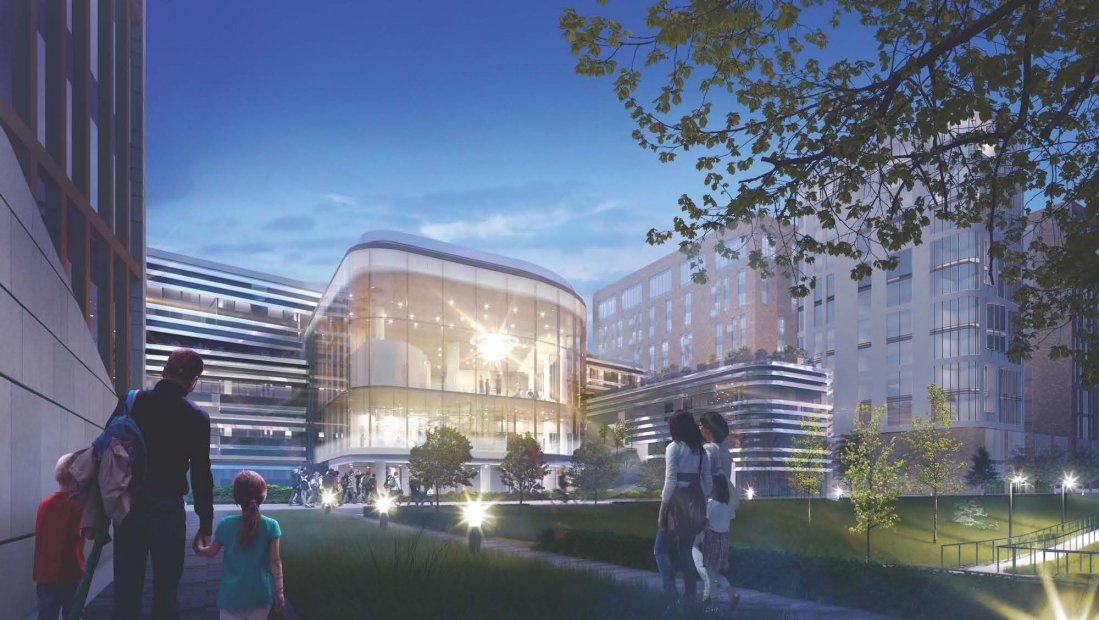 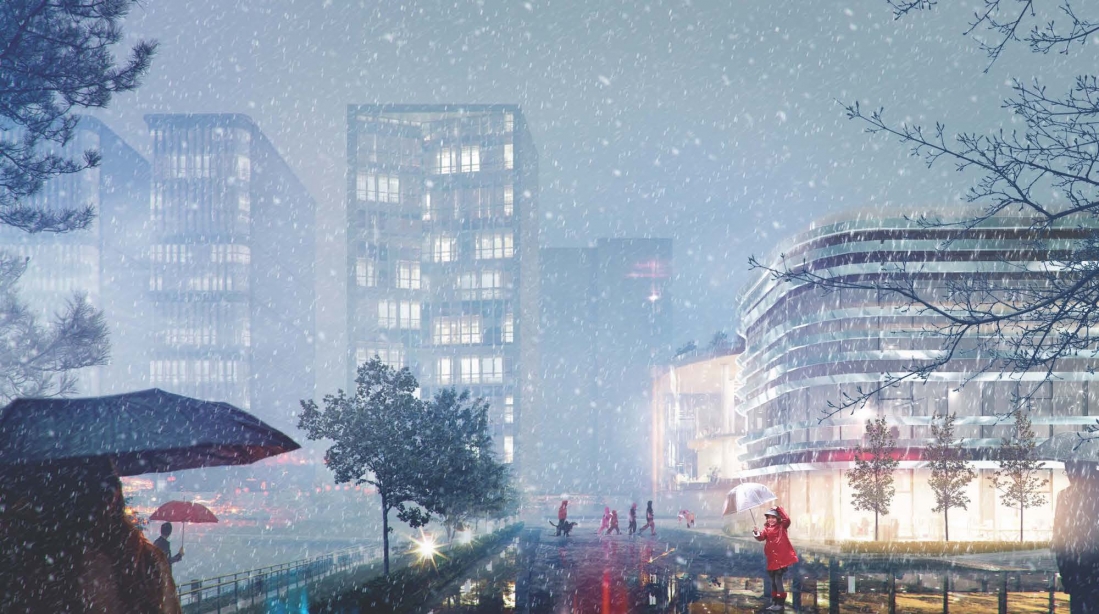 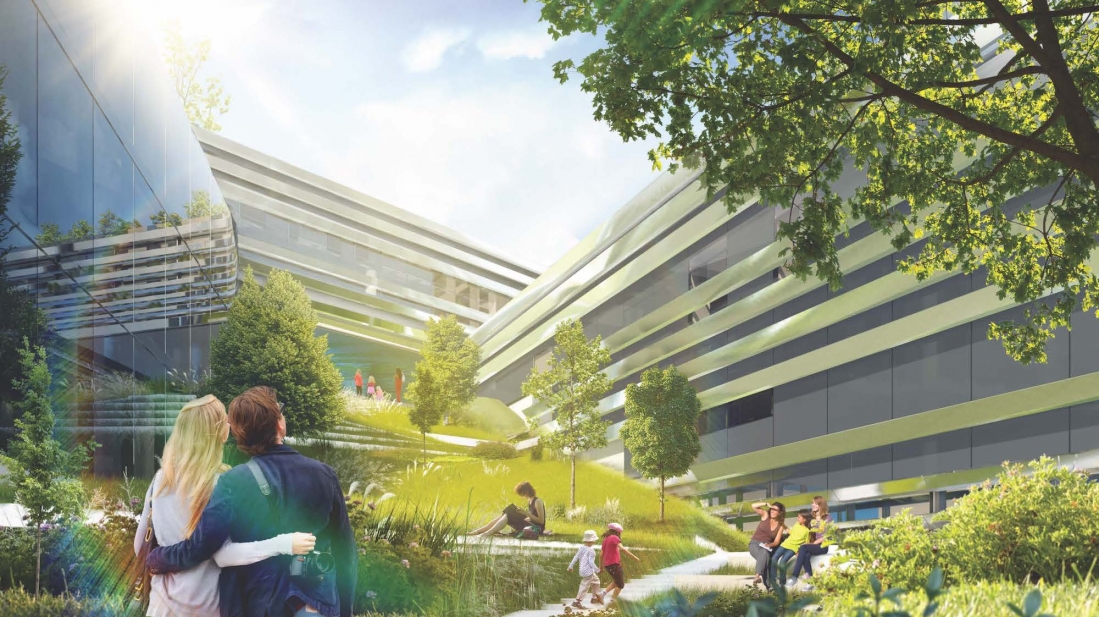 The Novy Vzglyad (New Look) school in Garden Quarters will be built according to UNK project. Architects not only offer an interesting visual solution, but also answer the question of how a modern school should respond to new educational challenges. Chief Architect of Moscow Sergey Kuznetsov spoke about this.

Moskomarkhitektura approved the project of a five-storey school with a total area of about 18 thousand square meters. The complex consists of three main blocks: junior, high school and common areas.

«In their solution, the architects relied on the design code developed in Garden Quarters: full-height glazing, bend glass elements, corbels, the use of natural materials that age beautifully. UNK used the axes that were designed by Sergey Skuratov, who is the author of the town-planning concept of the quarter, and also added new elements — horizontal planes of lamellas, which perform two functions at once on educational buildings. First, they cover the southern facade and serve as sun protection. Second, they create the effect of a Chinese screen, so the children will feel comfortable inside» - said Sergey Kuznetsov.

It was decided to use extra clear glass as one of the main materials, and the lamellas will be made of glazed ceramics; polished metal cassettes are provided in the ceiling lining. The central part connecting the blocks of elementary and high schools will be transparent, and there will be silk-screen printing in some places.

«Initially, the site for the school was not standard and required a unique solution. Thus, a central console part appeared, where, due to the lack of a schoolyard, it was possible to place a full-fledged community center. An important condition of our climate is to give children the opportunity to study and relax outside. Like in the Atom pavilion at VDNKh, we use a large greened area of the roof, this technique helps to compensate for the lack of territory and stresses the very name of the complex — Garden Quarters» — said Yuliy Borisov, head of UNK group.

An important element of the project is a green hill that emphasizes the connection with nature. It will serve as a kind of amphitheater and turn into a popular place for informal communication, and on September 1 or graduation day it will allow one to take group photos, so it will be a kind of InstaPoint. In addition to the architects from UNK group, Storaket, Umnaya Shkola (Smart School) Center for the Development of Educational Systems and experts of Novy Vzglyad (New Look) Foundation are also involved in the project.

As a reminder, in the spring of 2020, a closed competition for the concept of the building of a general education center — Novy Vzglyad (New Look) School at MGIMO — was held, and several architectural bureaus were invited. The consortium of Vostok bureau and Martela Company became the winner. During the design process, the consortium faced the impossibility of implementing the proposed concept and the task passed to UNK project, which took 2nd place by the results of the jury’s vote.

In addition, the bureau had experience in the implementation of unique projects, including an advanced school built in the most difficult conditions in Irkutsk (Point of the Future). All this helped to fully implement the concept proposed at the competition, develop project documentation and go through all the necessary approvals. And the most important thing is to work out modern educational models with the New Look Foundation, because it is not the urban planning solution that is paramount, but the principles and technologies of education that fit into the planning structure of the school. Garden Guarters complex in Khamovniki has been under construction for 14 years.

Over the period of its existence, the complex has changed customers three times. In 2012 Inteko Company became the customer, and in 2019, MGIMO appeared in the project, because the New Look School will exist at the University. It will be the only public building and the main focus of the entire project.