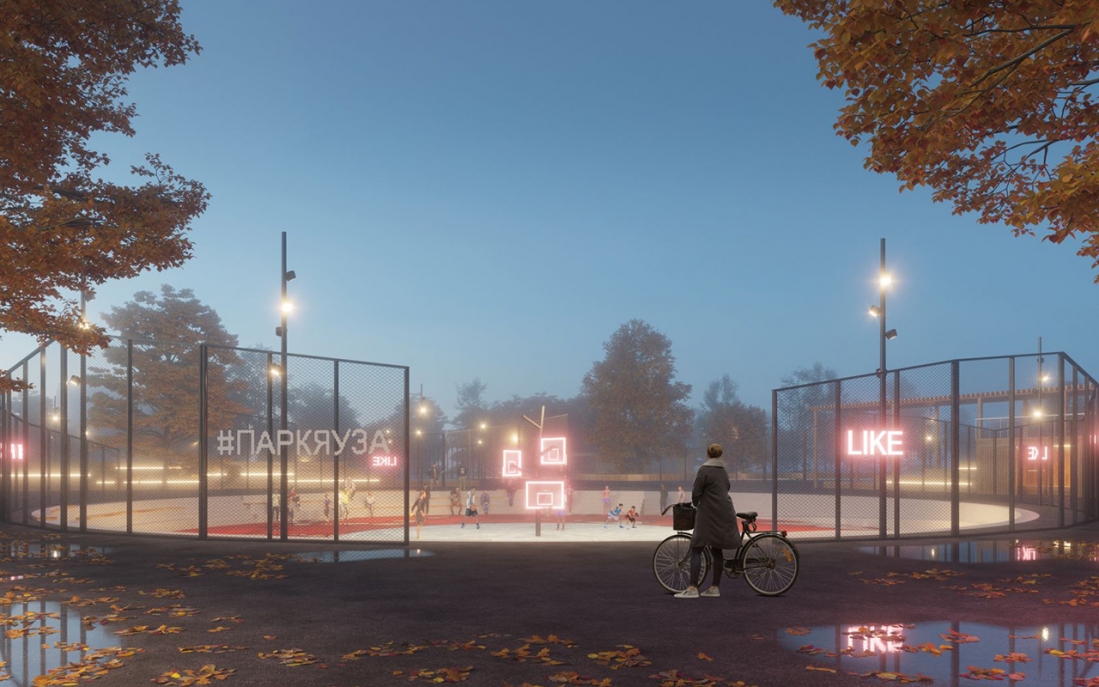 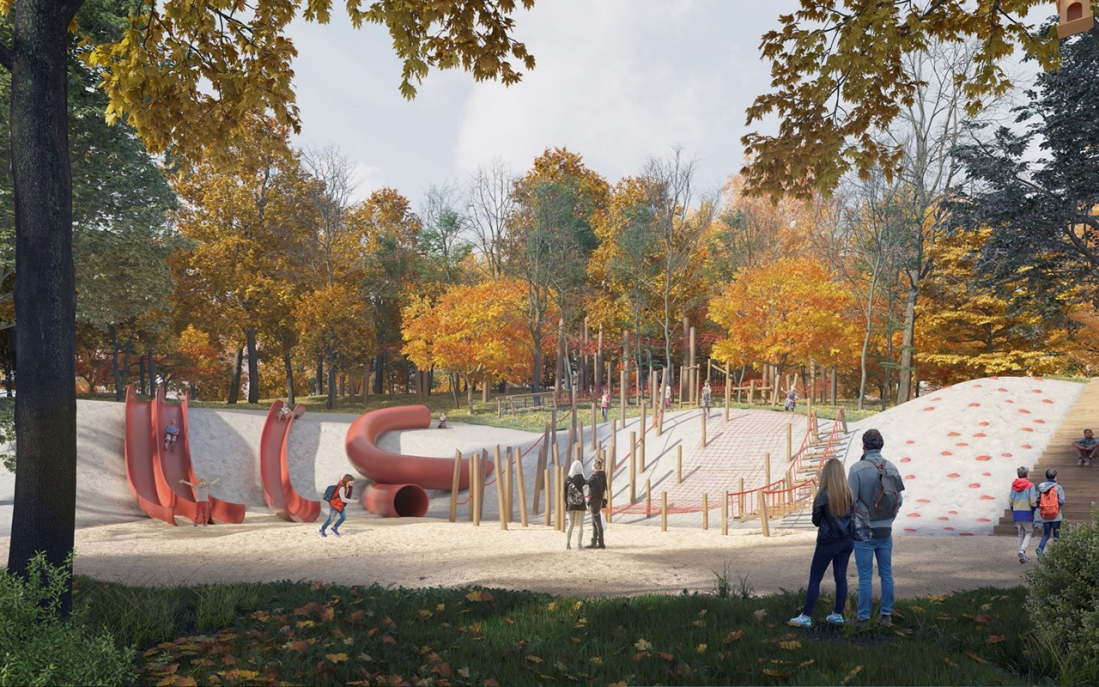 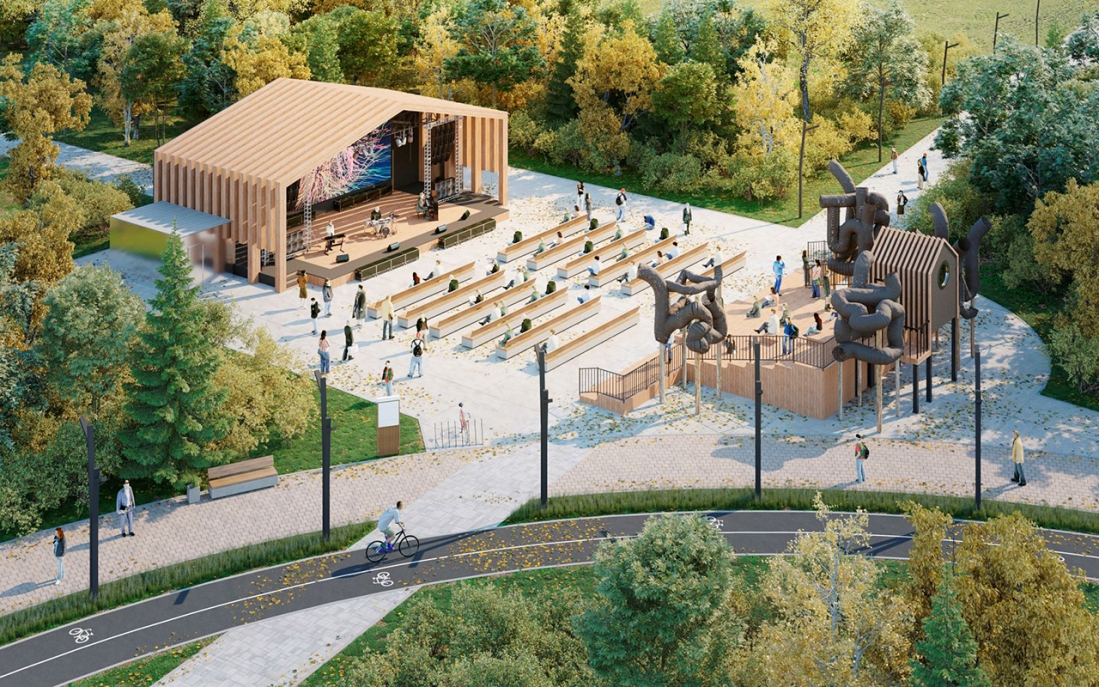 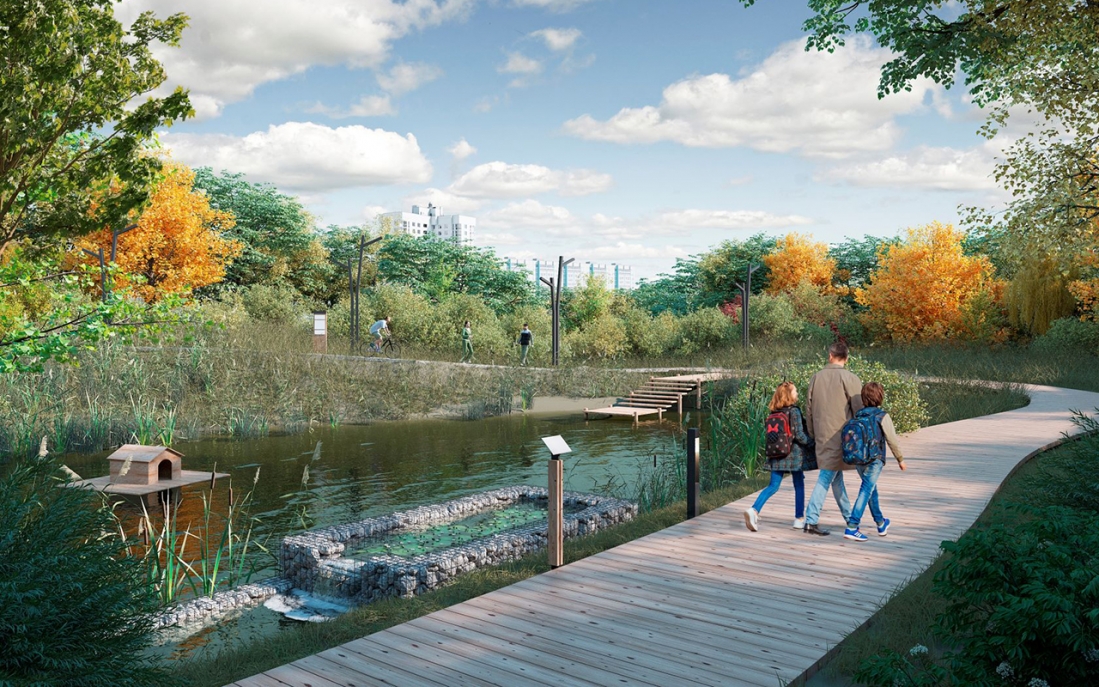 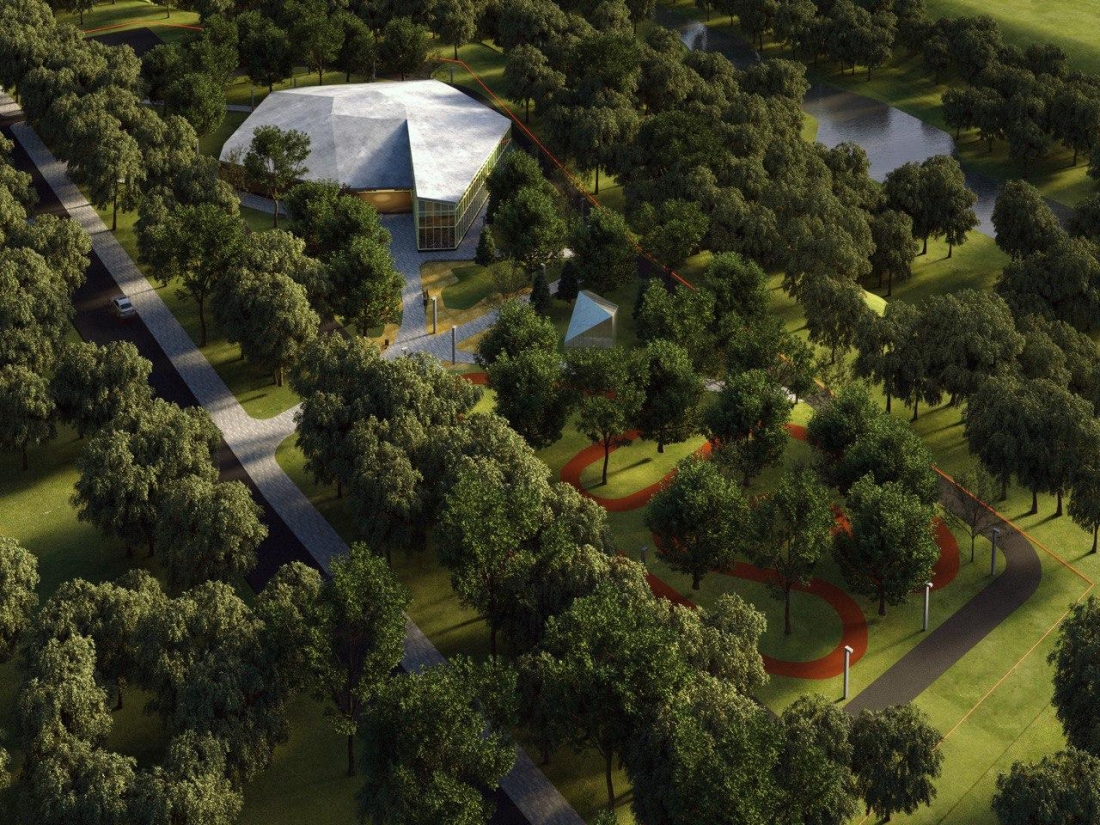 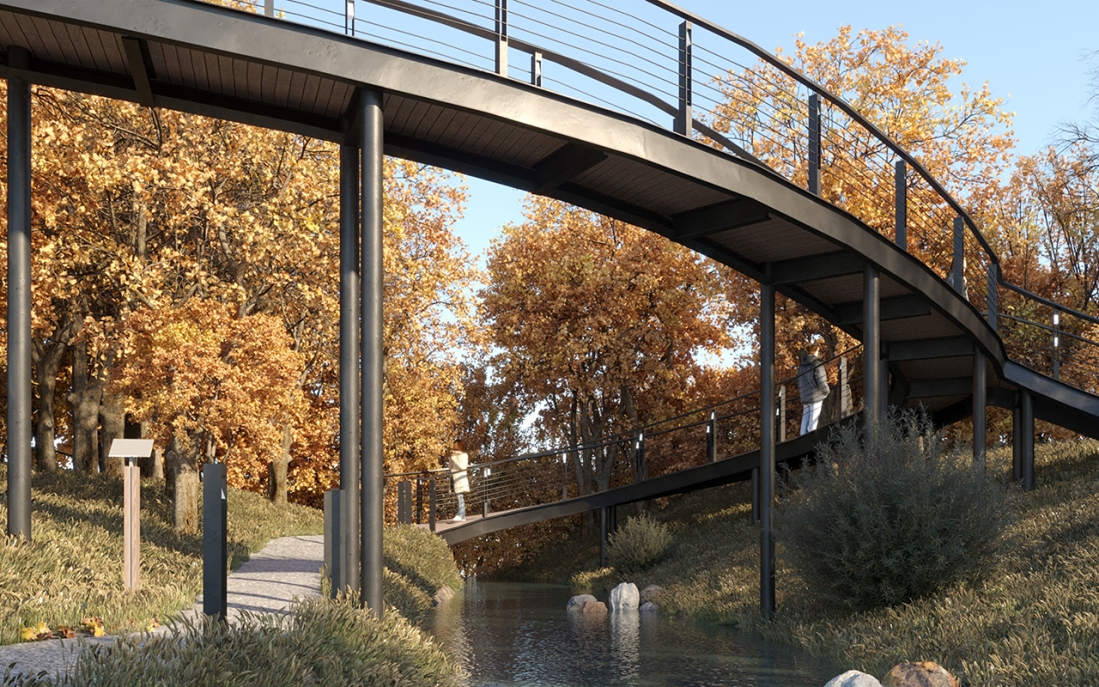 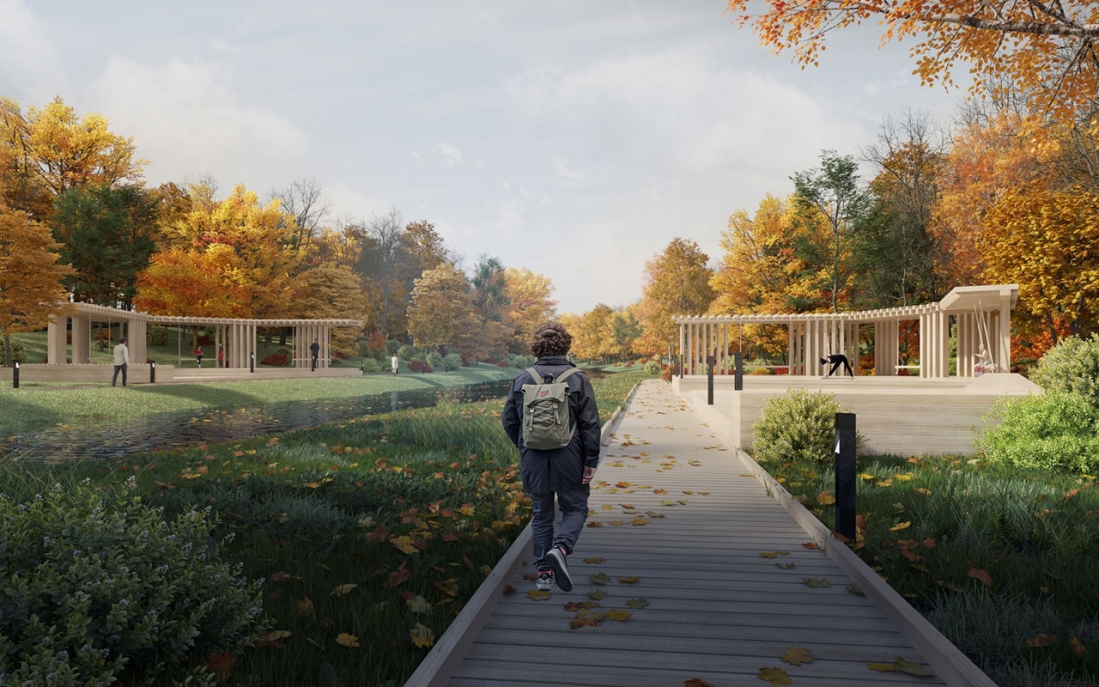 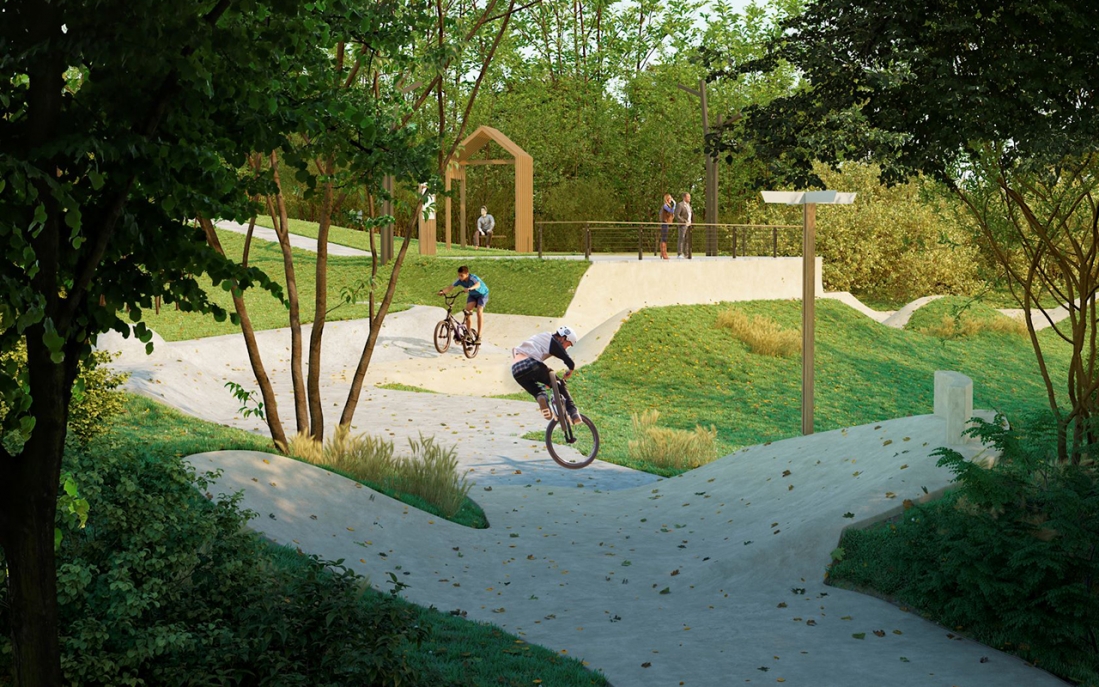 Yauza Park will become one of the best places for recreation in the North-East of Moscow. From Moscow Ring Road to Rostokinsky Aqueduct, a single green zone with a length of more than 16 kilometers will be made.

In the spring, it is planned to restart work on the improvement of parks, public gardens, streets and squares, which was suspended due to the pandemic. Sergei Sobyanin wrote about this in his blog. Among the major projects is the continuation of the improvement of Yauza Park in the North-East of Moscow.

This year it is planned to put in order two territories in the floodplain of the Chermyanka River, a tributary of the Yauza. The area of the improvement will be 49.1 hectares. The first section runs from Mussorgsky Street to Dezhnev Passage. The banks there are overgrown with grass, it is rather difficult to approach the water. The center of attraction for this part of the park will be a new sports area with a hockey rink, streetball court, tennis courts, a skate park, and exercise equipment. It is also planned to create children’s playgrounds.

“We will reconstruct Otrada Stadium, which does not look very good at the moment. On the site of an abandoned football field, we will make a new one with heating, so that you can play in winter. And in place of the old hockey rink, an indoor ice complex of light non-capital structures has already been erected” - the Moscow Mayor said.

In addition, an open area for different events is being reconstructed. There will be a large stage with a fence roof, a room for artists and comfortable benches for spectators. A projection tower will also be installed so that you can watch a movie.

In the course of the improvement, walking paths and bicycle lanes will be put in order, pavilions for cafes and toilets will be installed, trees and bushes will be planted, flower beds will be laid out. “Along the bank of the Chermyanka, a meadow lawn will be sown, and for a convenient approach to the water we will make decks and observation platforms. There will be birdhouses and bird feeders for tits, starlings, goldeneyes and other birds in the park” - added Sergei Sobyanin.

The second site, which will be landscaped, is located along Yurlovsky Passage, from Dezhnev Passage to Molodtsova Street. The main object there will be an environmental education center - the first interactive platform dedicated to the study of the professions of the future in the field of ecology.

The nature trail on piles will be another attention grabber of the park. It is planned to lay it along both banks of the Chermyanka, and in several places to connect it with passages across the river. The unusual trail will become a short and convenient path between the residential areas of Otradnoye and Yuzhnoye Medvedkovo. On the nature trail there will be recreation areas where it will be possible to practice yoga and meditation, hold special events.

“We will equip a special ground for fans of cycling tricks and sports zones with various exercise equipment - they can also be used by people with special needs” - said the Mayor of Moscow. "We will put in order the existing children’s playground and additionally create three new play areas where kids and older children can spend time with interest and benefits."

As a result, residents of Otradnoye and Yuzhnoye Medvedkovo will get high-quality public space by the water. In 2022 and 2023, the improvement of the Yauza River floodplain will continue. In the future, a single green zone with a length of more than 16 kilometers will appear there, from Moscow Ring Road to Rostokinsky Aqueduct with exits to Losiny Ostrov Park and VDNKh.

From 2016 to 2020, five sites of the future park with a total area of 135 hectares were already put in order. They are located along Lazorevy and Chukotsky passages, on the territory of the Botanical Garden and along Zapovednaya Street.