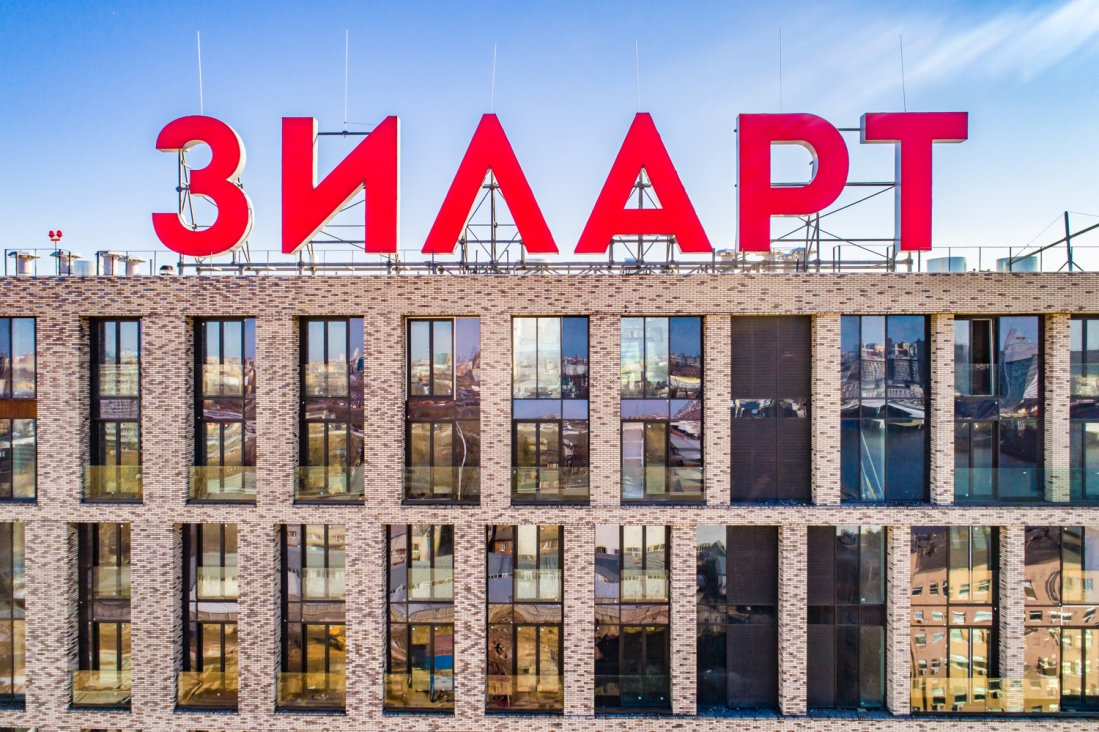 Facades of two new buildings No 1 and No 2 have been opened in ZILART block of houses. The buildings were designed by Sergey Skuratov Architects. Corten steel and 3.5 million clinker bricks laid in eight different ways were used for the finish. This information was given by Sergey Kuznetsov, Chief Architect of Moscow.

The buildings are located on Marc Chagall Embankment, which will be improved later this year.

“Both buildings are united into an architectural ensemble. The workers removed scaffolds from the facades not long ago. Corten steel and 3.5 million clinker bricks laid in eight different ways were used for the finish” Sergey Kuznetsov said.

Building No 1 of ZILART is known as ‘house-comet’ due to the unusual shape and corten steel elements, which the author of the project Sergey Skuratov associates with the tail of a celestial body. Vertical brick pylons located along the entire front of the building in a semicircle are sunk into the house. Close to the water, the ‘head’ of the ‘house-comet’ is lightened and becomes semi-circular and streamlined.

Building No 2 facing the Moskva River is also notable for its corten steel piece – a whole seven-story block made of artificially aged steel. A special construction mix owing to which the metal acquired an orange shade was used for this. Clinker bricks (produced by LSR Group) of eight different colors, from white to almost black, were also used. Brick on all the facades has a complex gradient pattern.

In addition to the improved Marc Chagall Embankment, the future residents will be able to enjoy Vesnin Brothers Pedestrian Boulevard, where the Hermitage-Moscow Museum Center will be located, as well as ten hectares of already finished Tyufeleva Roshcha Park.