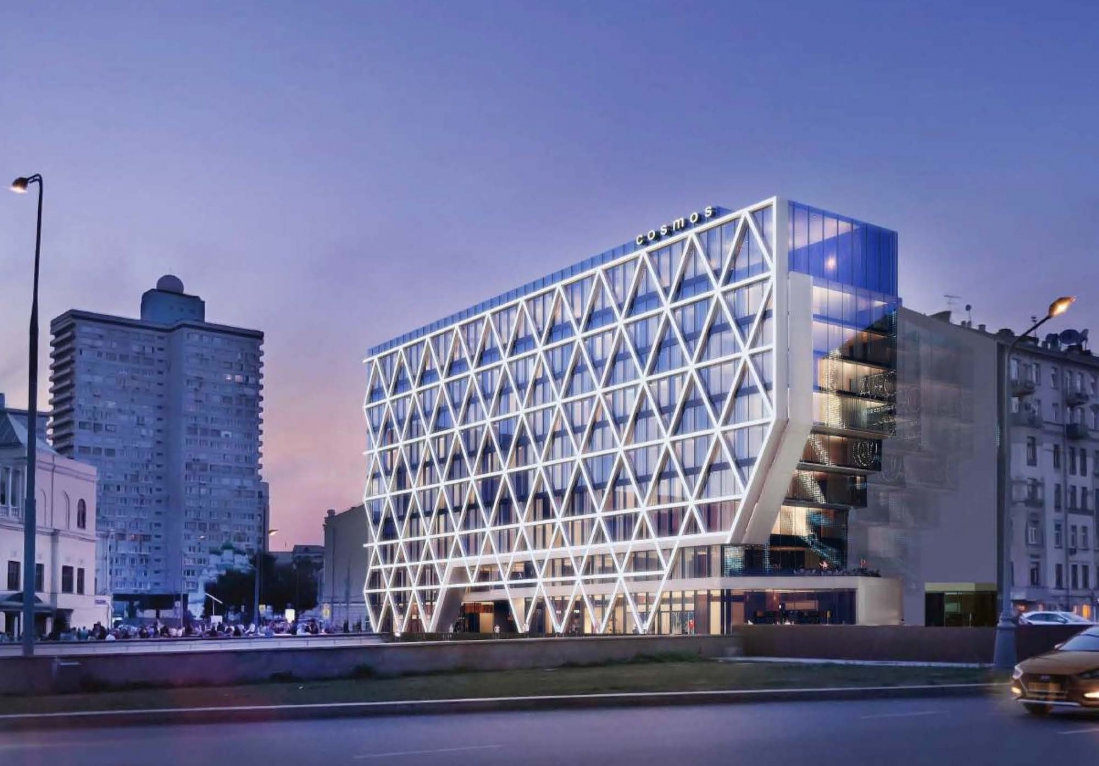 Moskomarkhitektura approved the project of reconstruction of the House of Communication (2, Novy Arbat). The metal structures on the facade of the building will be decorated in monochrome instead of the originally planned copper. This was reported by Chief Architect of Moscow Sergey Kuznetsov.

“Last year the Moscow Architectural Council approved the reconstruction of the House of Communication and turning it into a hotel. Then it was decided to "dress" the building in a copper "exoskeleton". After a number of discussions with the authors of the project, we came to a conclusion that a more neutral shade would look more harmonious. As a result, the color of metal structures was changed from copper to metallic white”- said Sergey Kuznetsov.

As a reminder, in August 2020, a project by TPO Reserve architectural bureau was approved by the Architectural Council at the online meeting. The Department of Cultural Heritage of Moscow also approved the work to be performed.

According to the transformations, the glazed facades will be covered in a frame of aluminum structures, which will create a diagonal geometric pattern looking like an exoskeleton.

The hotel building will include about 250 rooms, which will be located from the 3rd to the 9th floor. The total area of the complex will be about 13 thousand square meters. On the first floor, spaces for public and commercial use will be created, on the second floor there will be conference rooms with transformable partitions for 290 seats. A restaurant with panoramic views of the Kremlin and Novy Arbat will be built at the very top of the building. In addition, automated underground parking will be available for guests.

Entrance groups to the building will be located from the side of Novy Arbat, Nikitsky Boulevard and Merzlyakovsky Lane. The arched space for access to the latter will remain.