EDDEA: Russian Construction Rules and Regulations Need to Be Adapted to the Market Demands 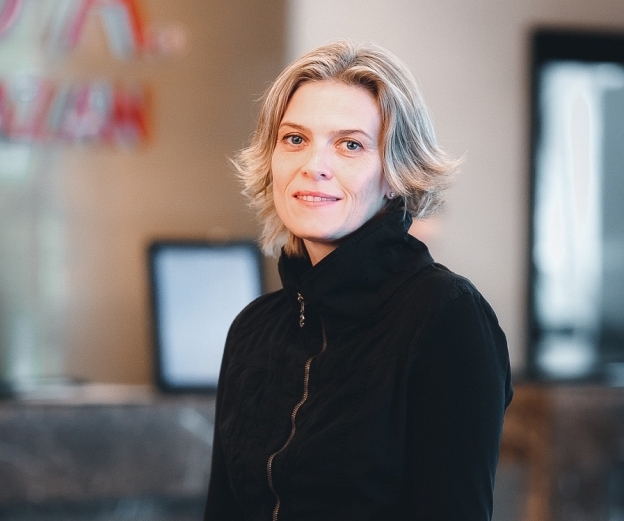 Spanish design studio EDDEA appeared on the Russian architectural market in 2010 and has already worked on a number of projects in New Moscow. A partner of the studio Anja Sofia Ehrenfried recently visited Moscow again, this time in connection with the summing up of the competition for the project of the facade solution and interiors of the Center for Urban Culture «Pravda». Theoperator — Agency «CENTER» invitedMs. Ehrenfriedtobethecurator.

Archcouncil: Why were you interested in being the Curator of this competition?

Anja Sofia Ehrenfried: In my opinion, it solves the important interdisciplinary task of rethinking the cultural heritage in modern conditions. I believe the only way to ensure the further life of such buildings is to offer a new approach to their use. It is important to understand that the status of a «cultural object» in itself will not ensure its future development. If we want to preserve and develop the building, we must think well of its functionality.

The task that stood before me as a curator was interesting because the building has a rich historical past, and it was intriguing for me to see how the «soul» of this project will be preserved in the competing solutions, how it can be worked with in new materials. 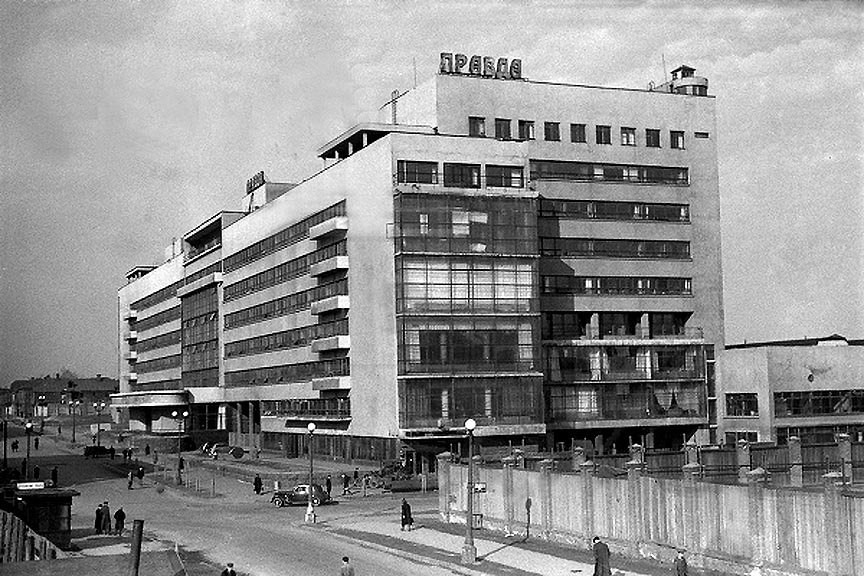 — This aspect is important for any major city with a historical heritage. Besides being an architect, I’m still very much focused on issues of urban development, including the issues of handling buildings that have certain historical functions. This competition was special because it was not just about remodeling a facade or an interior, but about ensuring the interaction of the architecture of the complex in synergy with the urban environment.

— Has there been any successful experience?

— There were at least three successful projects, and they became the finalists. Pole Design, for example, demonstrated much respect for the history of the building, and they were able to make it so that all these components did not outweigh the history of the building. The result of the competition showed that it is possible to achieve a balance between preservation of cultural heritage and introduction of modern materials into the existing architecture. 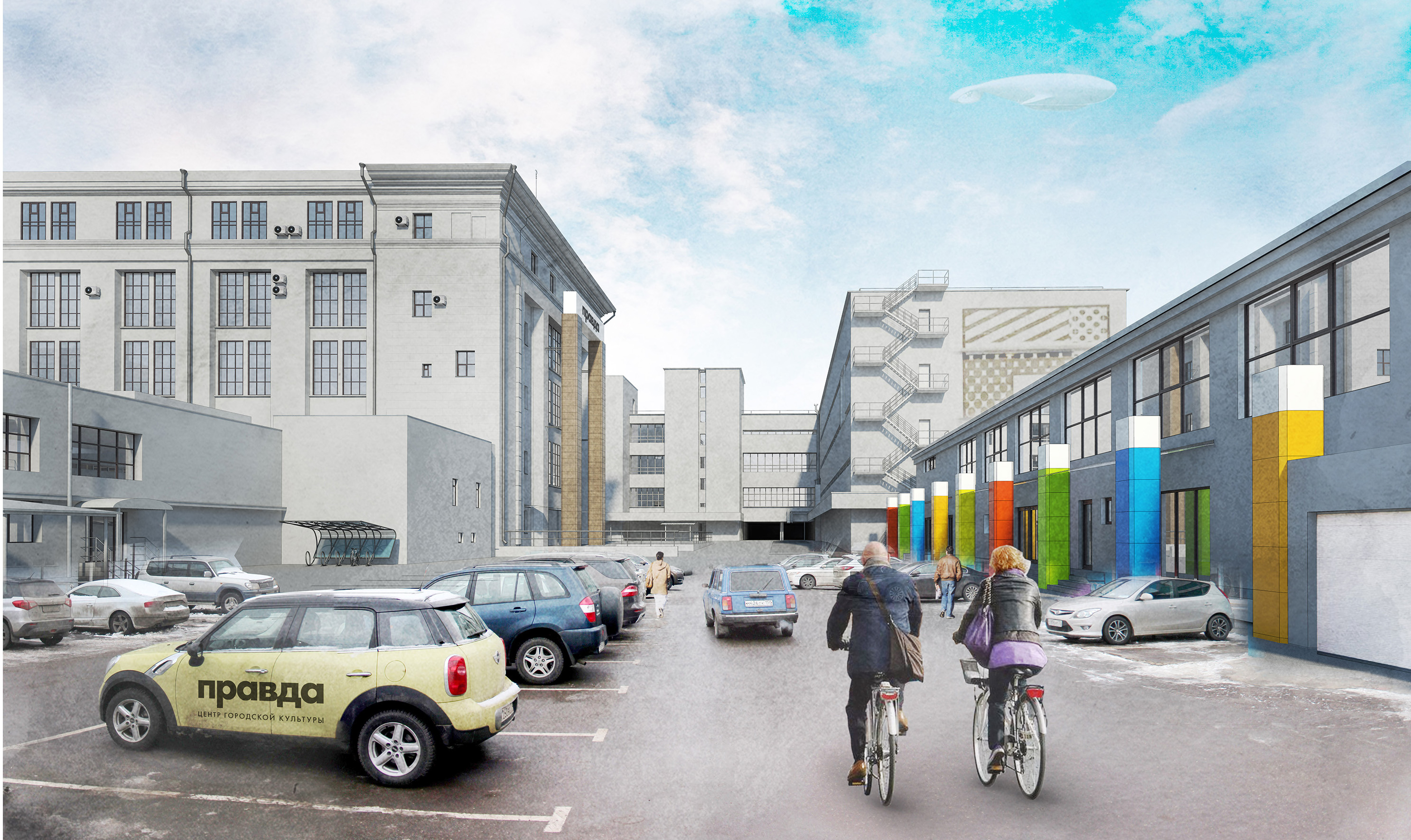 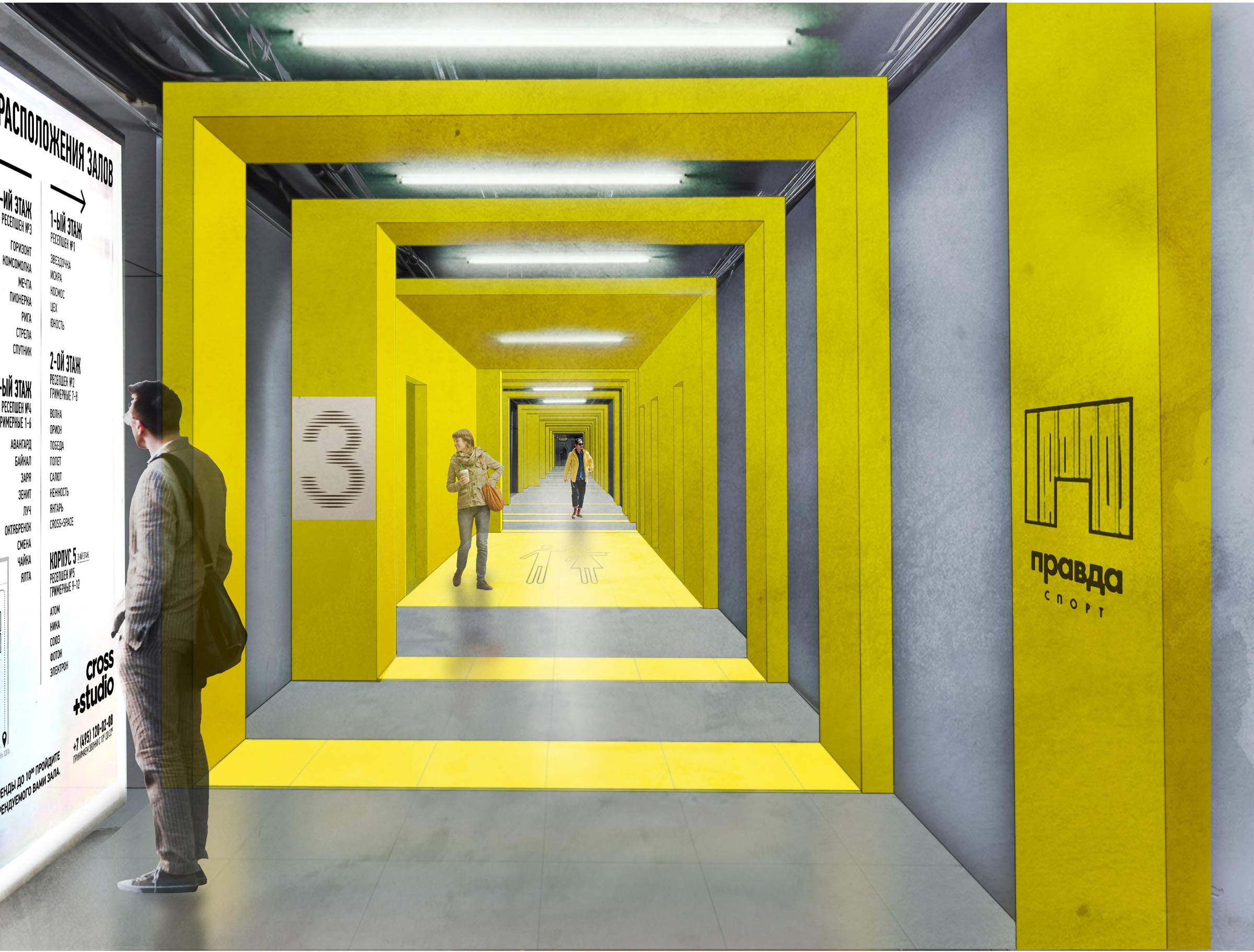 The winning concept by Pole Design

There are many industrial complexes like this in Russia.

— You’ve been designing for Russia since 2010. Have you got used to our peculiar construction rules and regulations?

— It seems to me that many design rules still adhere to the old Soviet standards, when city planning was a reflection of the Soviet state system. As I imagine, this is an approach to the use of large sections of land for a single function, such as large suburbs and densely built-up areas around factories on the periphery. They were developed with strictly hierarchical, centralized planning methods.

Many urban of the old planning rules still exist today, which makes it difficult to create dense, stable, mixed urban areas where people live, play, and work simultaneously. So sometimes, under the existing regulations, one has to choose between the construction of social facilities, kindergartens, schools, and parking lots near residential buildings. 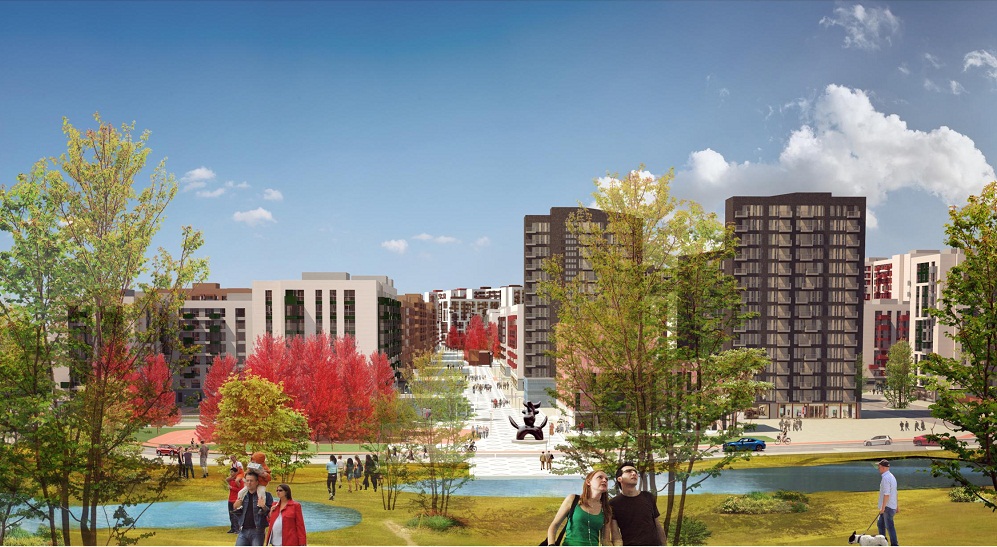 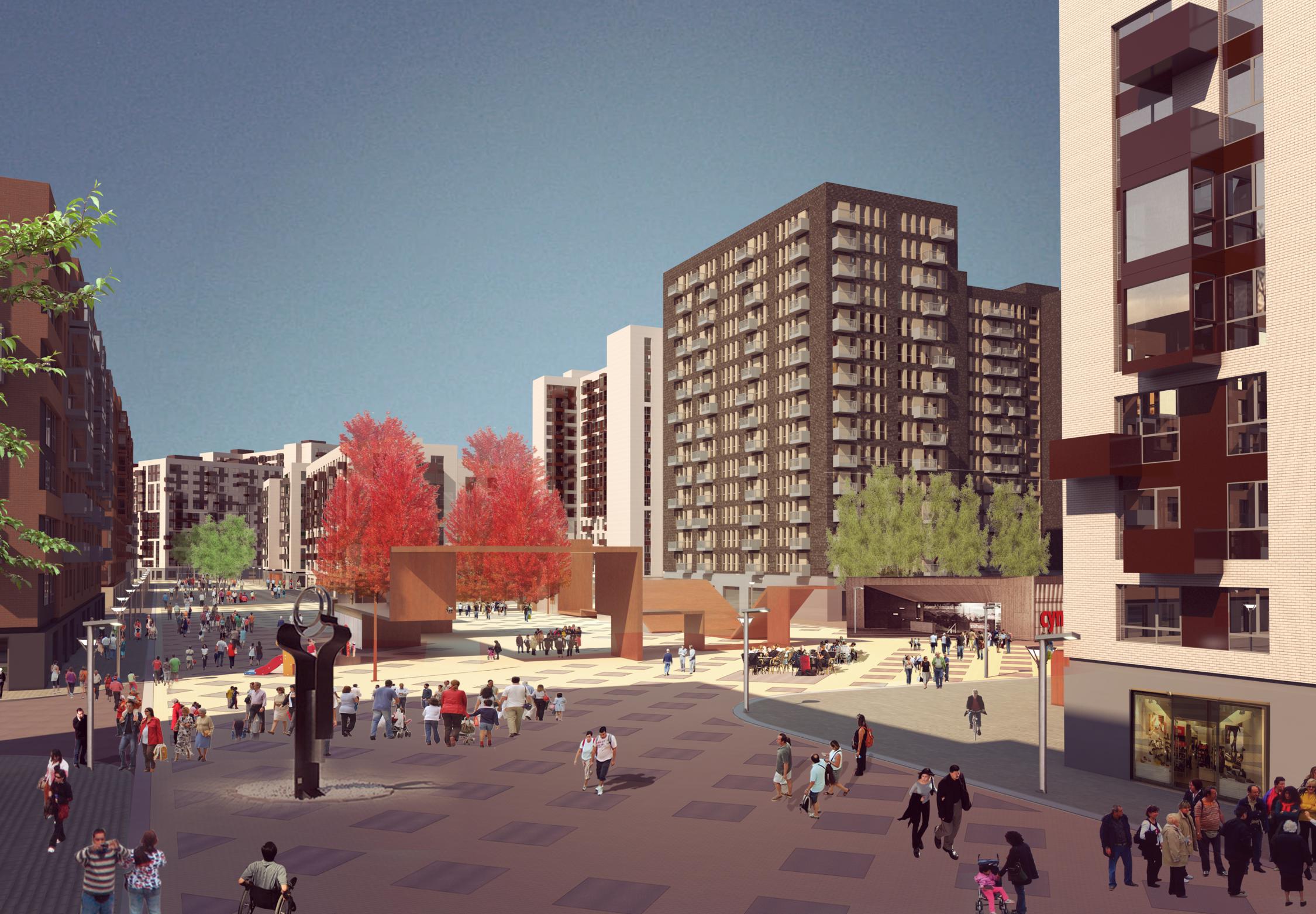 One has to understand that the needs and lifestyle of today’s people have changed, and your rules require an appropriate adaptation to current trends.

However, in the process of developing new standards, it is important to carefully analyze the pros and cons of the existing rules, both domestically and globally. Approaches to planning, of course, vary across the world depending on the requirements of the time. Urban planning is inherently a bureaucratic and centralized process, and the degree of centralization varies from country to country. Nevertheless, the general trend of recent years for most developed countries is the search for a planning model oriented to the market and the user. A similar trend is observed in Russia. After a change in the political and economic system, a significant reorientation of the planning system to the requirements of the market is required. The state ceased to be a monopoly in the urban economy, the city and its development was the result of activities that attract a wide range of interests.

— What major differences can you highlight between the Russian and European approaches to planning?

— For example, in European countries the practice of public-private partnership is widely used, which guarantees a successful implementation of infrastructure projects, such as the construction of large areas that require the development of engineering infrastructure and public transportation systems.

And here is an example from the Russian practice: during the Soviet period, the role of public participation in urban planning was insignificant, this is still the same today. Therefore, it is important, in my opinion, find reforms that will democratize this process. 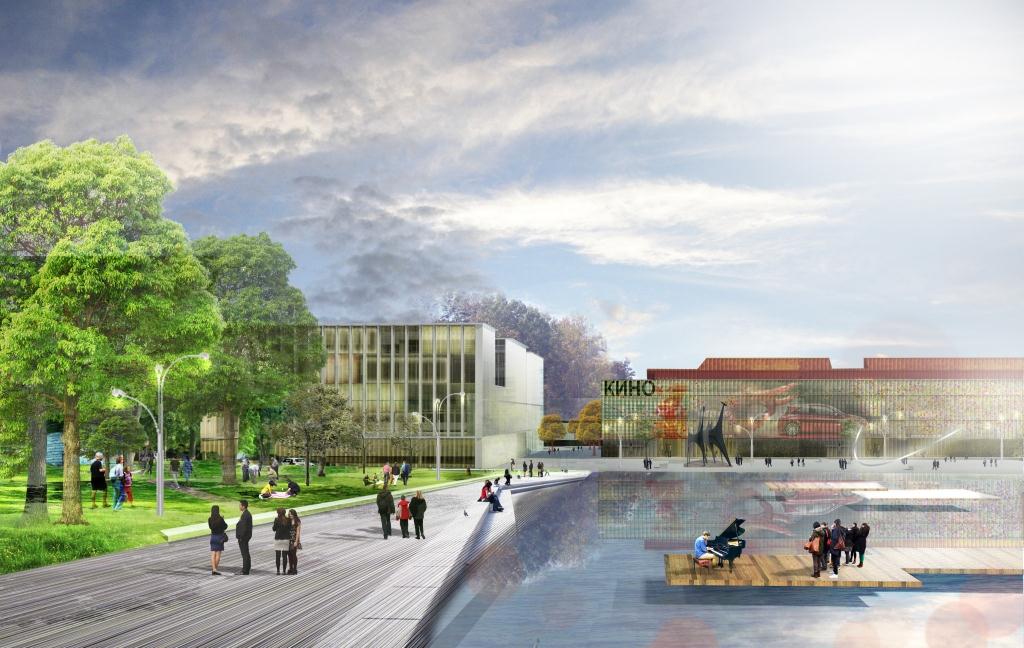 — Can you name the main principles of creating a comfortable living environment?

— The basic principles — and, in this sense, Russian rules come helpful — are to observe the necessary minimum of green areas, a minimum of social facilities, public areas, for example, retail so that people have everything within their walking distance. In our experience, a good project is always a balance of many factors, such as approved standards and planning norms, and existing market demands. Professionalism of architects plays an important role also.

If the market is not yet ready, and the architect does not have enough experience, the quality standards alone will not save the project

Another important factor is immersion in the local context, which guarantees the success of the project by a foreign architect in the local market. It’s comprehensible that approaches to urban planning cannot be directly exported from one country to another. 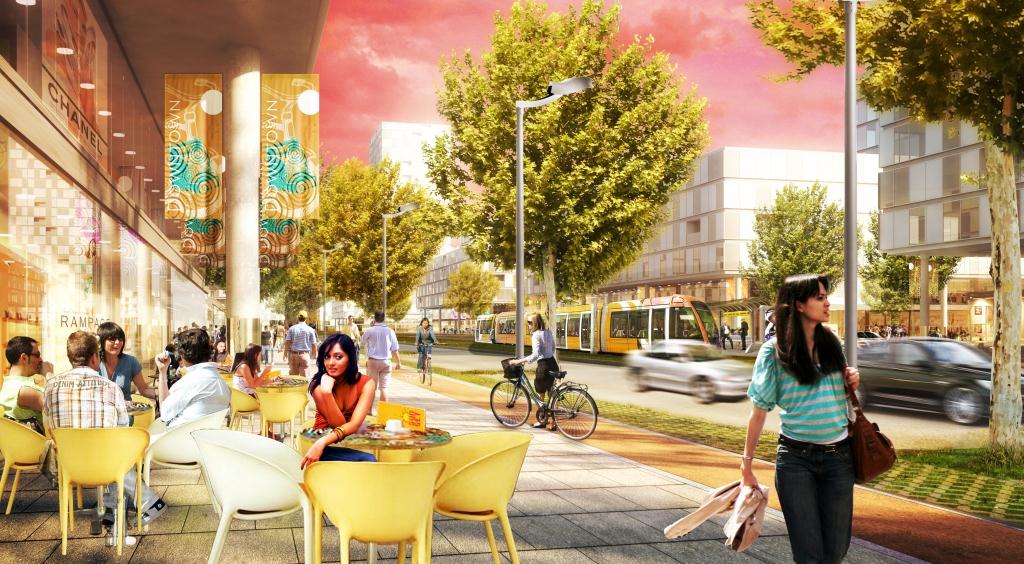 А101, project of a residential area

— I really think that Russian standards help in the aspect of social design because you have a practice of developing residential areas with the obligatory provision of social infrastructure. Of course, with such development volumes, the project of each kindergarten cannot be a work of art. But, all the same, I like Russian rules more than the Spanish ones, for example, because our kindergartens, ironically, often have no garden. Your standards are more generous in this sense.

In general, our experience shows that even in conditions of budgetary or urban restrictions, it is possible to develop a quality project for mass housing. The main thing in this work, I believe, is the quality of public spaces for the residents of the district.