Construction of a Giant Trumpet-Shaped Playground in the JAZZ Quarter 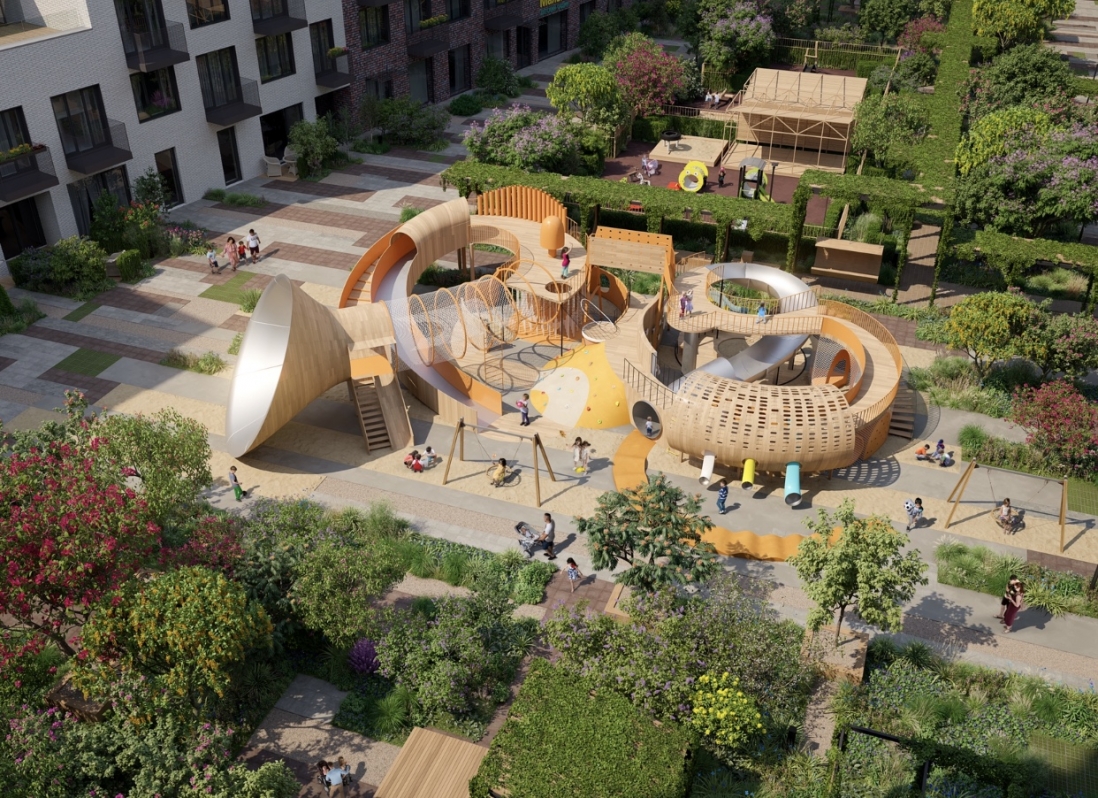 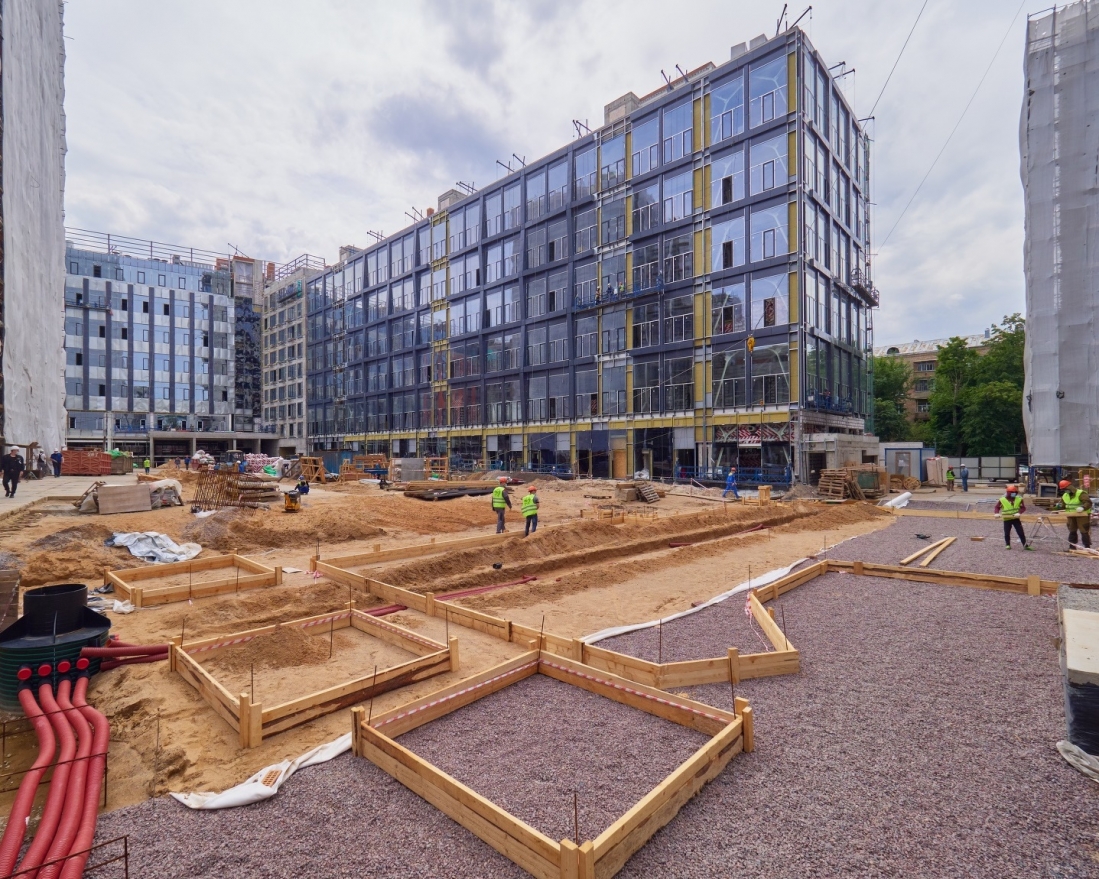 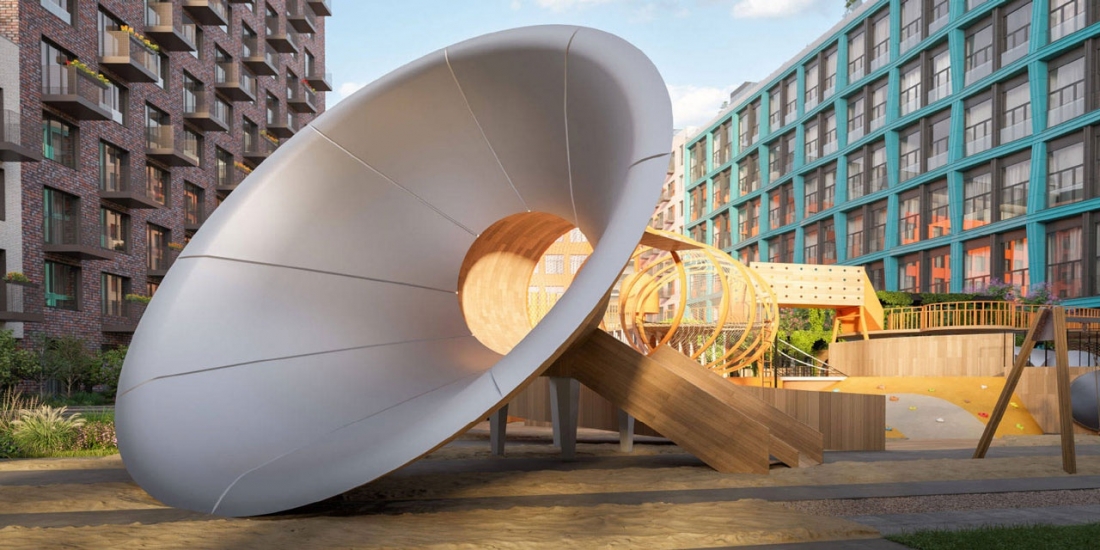 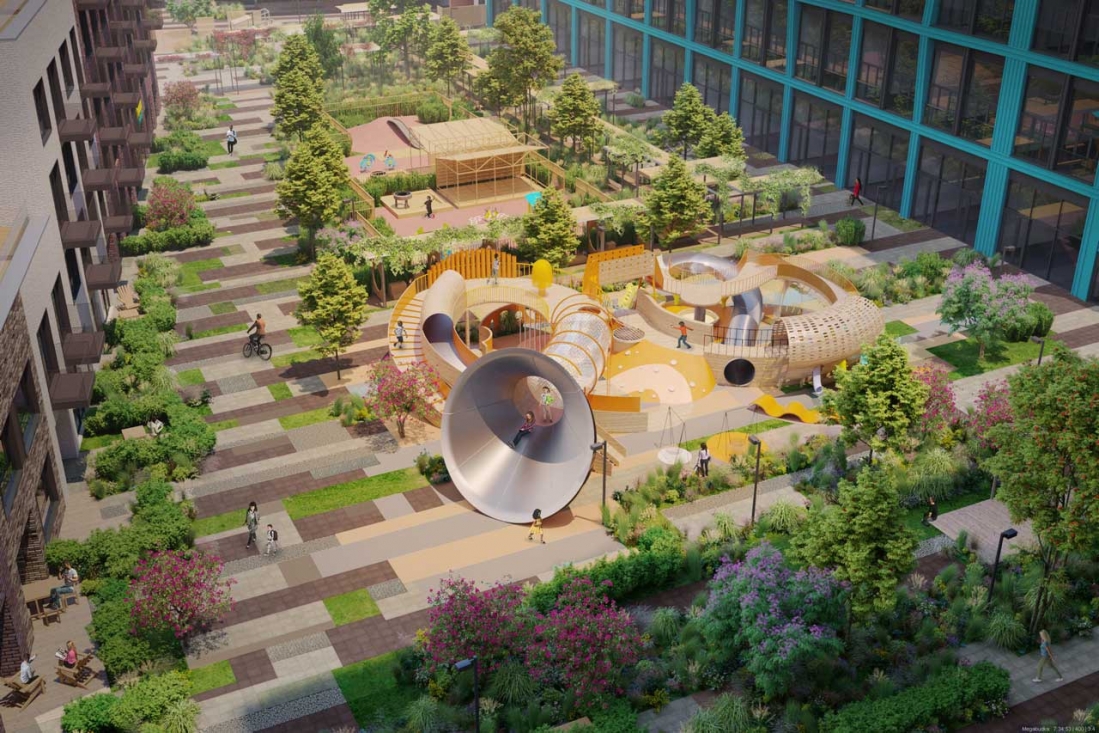 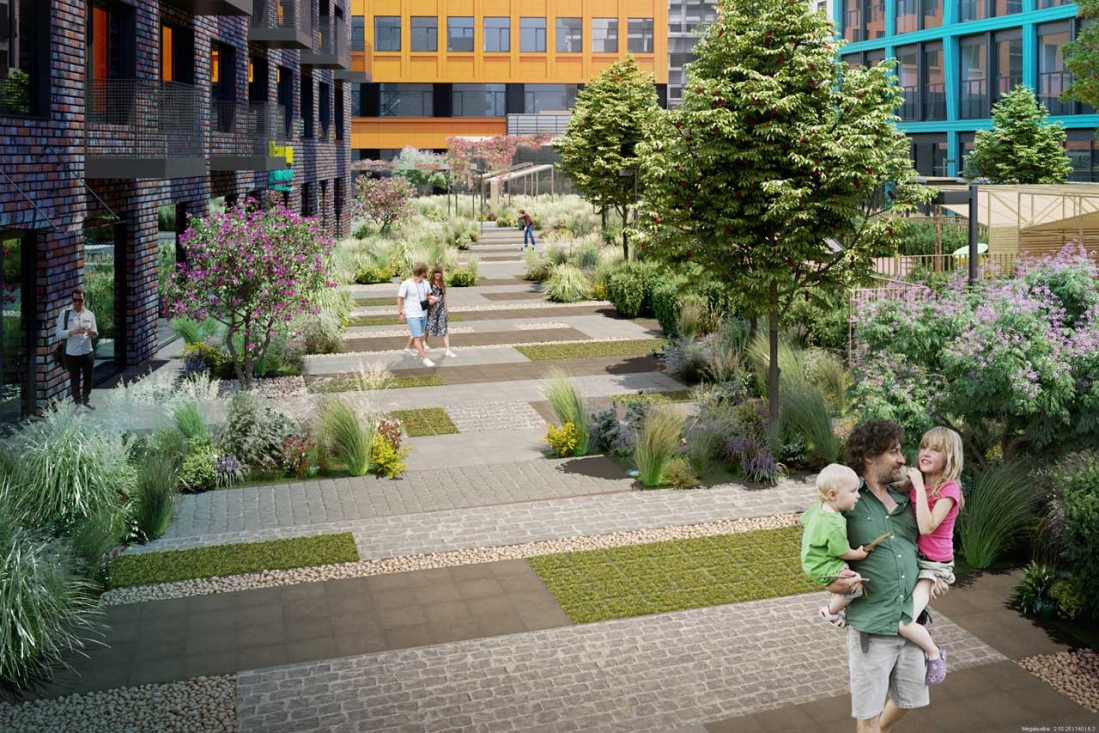 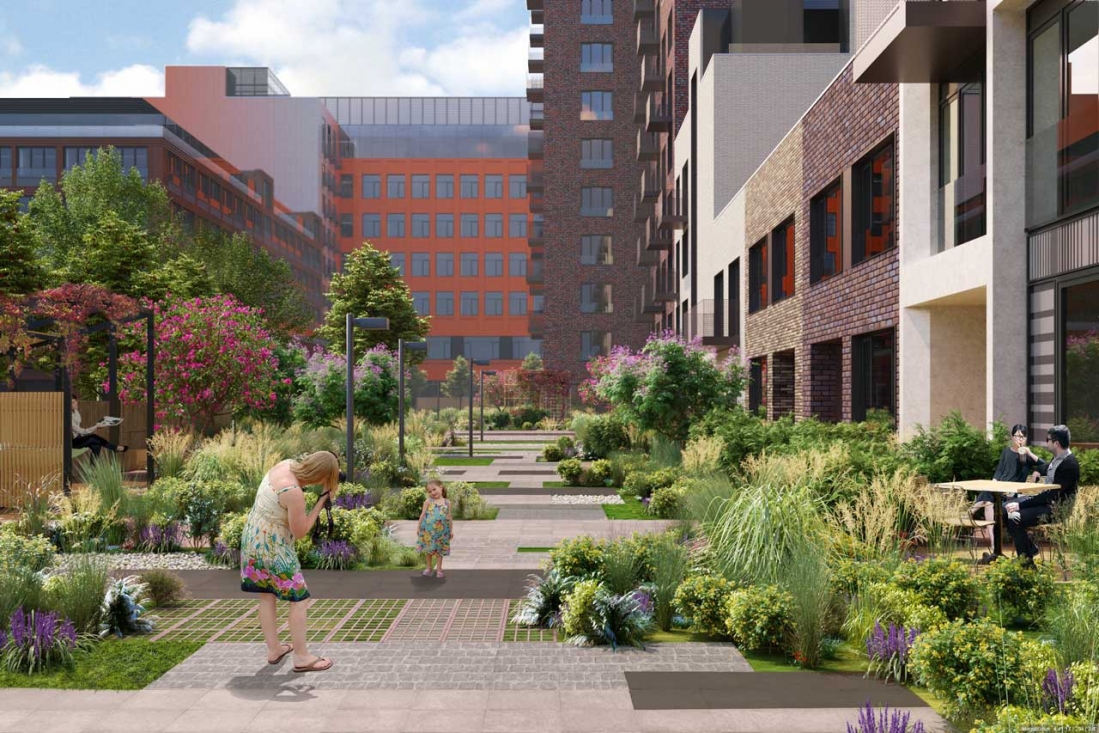 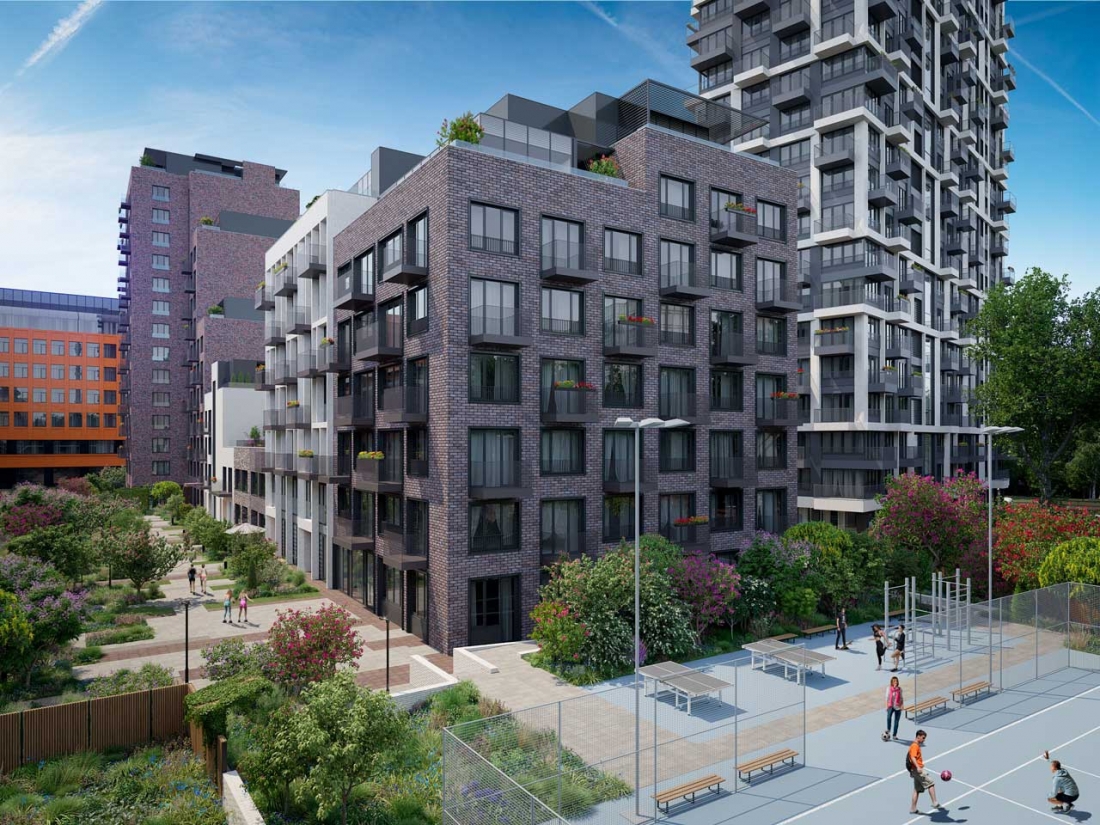 Construction of a multifunctional playground has begun in the JAZZ quarter on 1ya Yamskaya Street. Megabudka developed the concept of the landscaping and play space with an area of 450 sq.m. Wowhaus also participated in the project at an early stage.

A playground in the form of a giant trumpet will become the defining part of the yard and will continue the musical concept of the residential complex. The playing space will be safe, while it provides an element of controlled risk, necessary for the development of courage and self-confidence in children.

The partner of Megabudka bureau Daria Listopad notes that they used the most natural shades and natural materials, such as wood and metal. It was important for architects not to turn the yard into a huge sandbox with scattered colorful equipment. Childhood has been reinterpreted through the use of non-childish techniques, materials and colors. The project broadcasts the attitude towards children and adolescents as explorers of the world.

«The children’s playground in the JAZZ quarter includes several levels combined into one adventure route, following which the child is involved in the game through different types of activity: sliding down slides, interacting with musical and mirror elements on the way, and so on,» says Daria.

On the playground, children will be able to explore different surfaces on the tactile wall through contact with loose, rough and pouring materials, jump on ’springs’ or play the organ and xylophone. For teenagers, there are vine ropes, climbing walls and secret places with an unusual internal structure. Children who prefer the exploration of the surrounding world to noisy games will enthusiastically study objects with optical effects. As explained by the Sminex company, a monolithic slab for the playground has already been poured, the builders are carrying out preparatory work for the construction of the playground equipment.

Landscaping of the quarter also involves planting deciduous large-sized trees, hedge shrubs and wild grasses with elements of a trimmed lawn to create a unique park environment inside the urban area. At the same time, it was possible to make the fire passages invisible, which, according to the current regulations, take up a lot of space in the yards. It should be noted that the project of the JAZZ quarter, developed by the Speech bureau, involves the redevelopment of industrial buildings of the former printing house «Detskaya Kniga» as well as the construction of two new buildings.

As a result, a multifunctional living environment with commercial premises, an office and a kindergarten will be created. The facades of individual buildings will be made in styles of different plastic and color, which will make each building more targeted.

The authors suggest using terracotta slabs and fiber-reinforced concrete as finishing materials. The preserved mosaic in the style of socialist realism of the late 1970s at the end of one of the buildings is a symbolic phenomenon and forms the identity of the Maryina Roshcha district. Previously, it was covered with advertisements, but now it has returned to the urban environment again after scientific restoration. The facades overlooking the Third Ring Road were opened last week. It turned out that they are bright orange and perfectly complement the color palette of the mosaic panel.