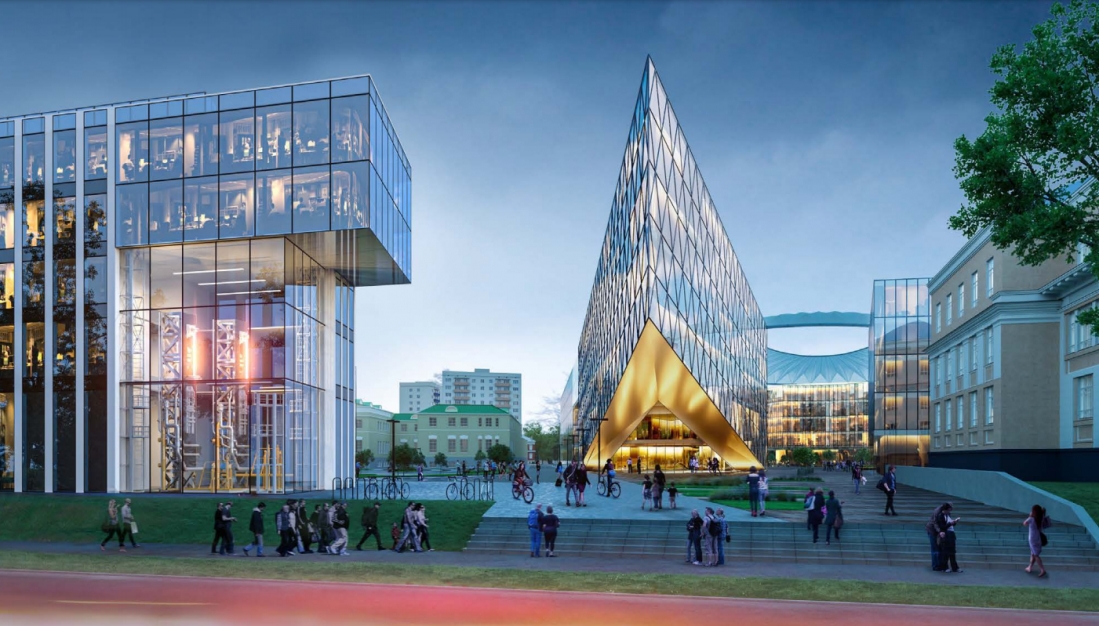 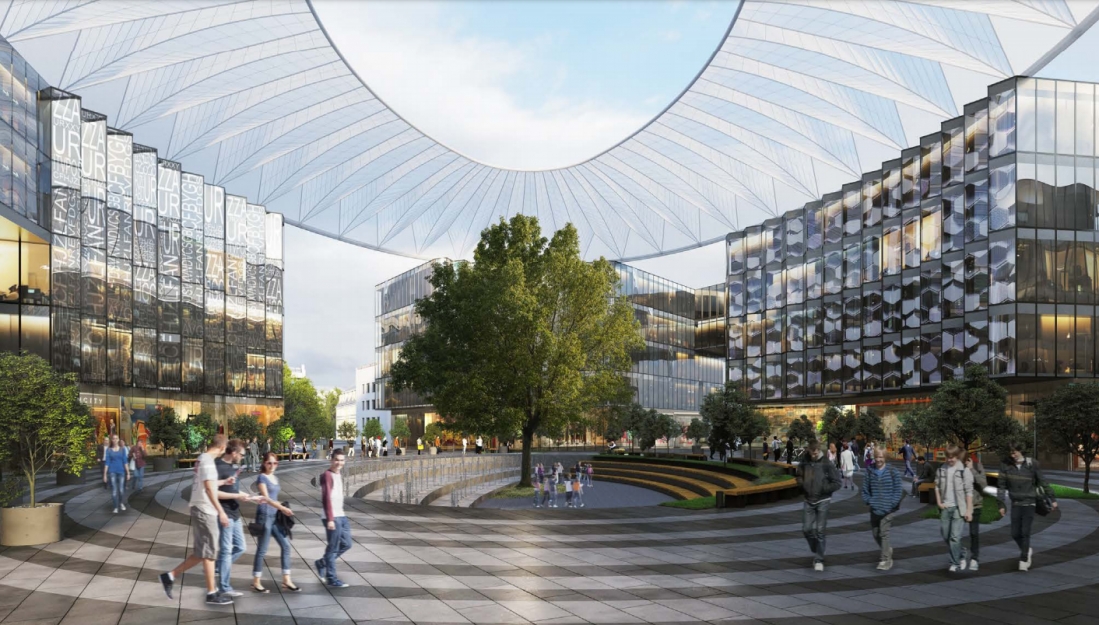 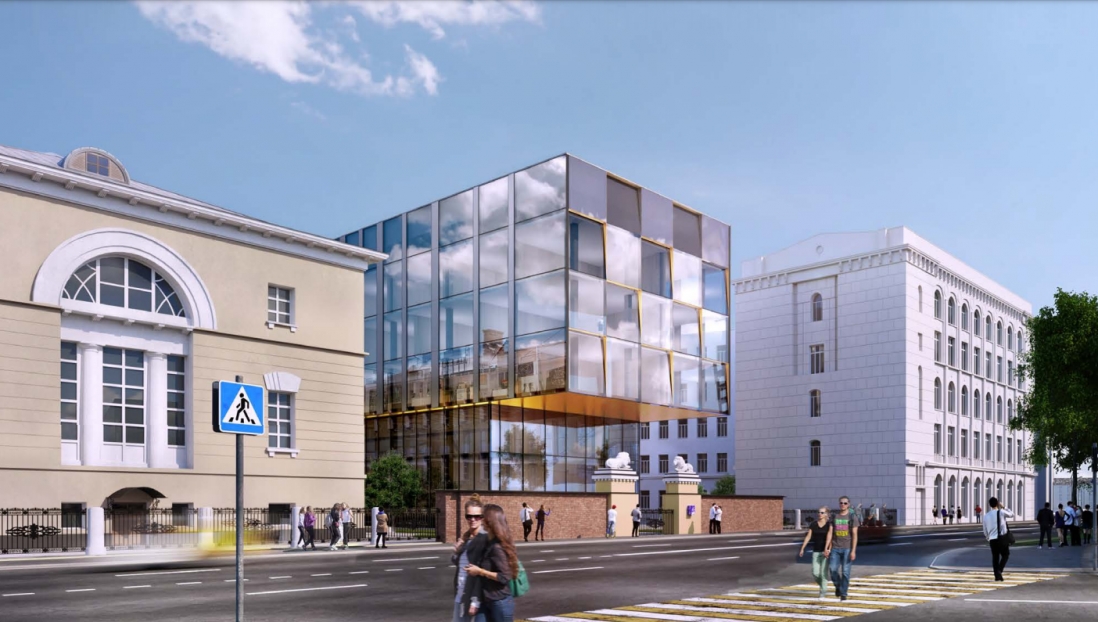 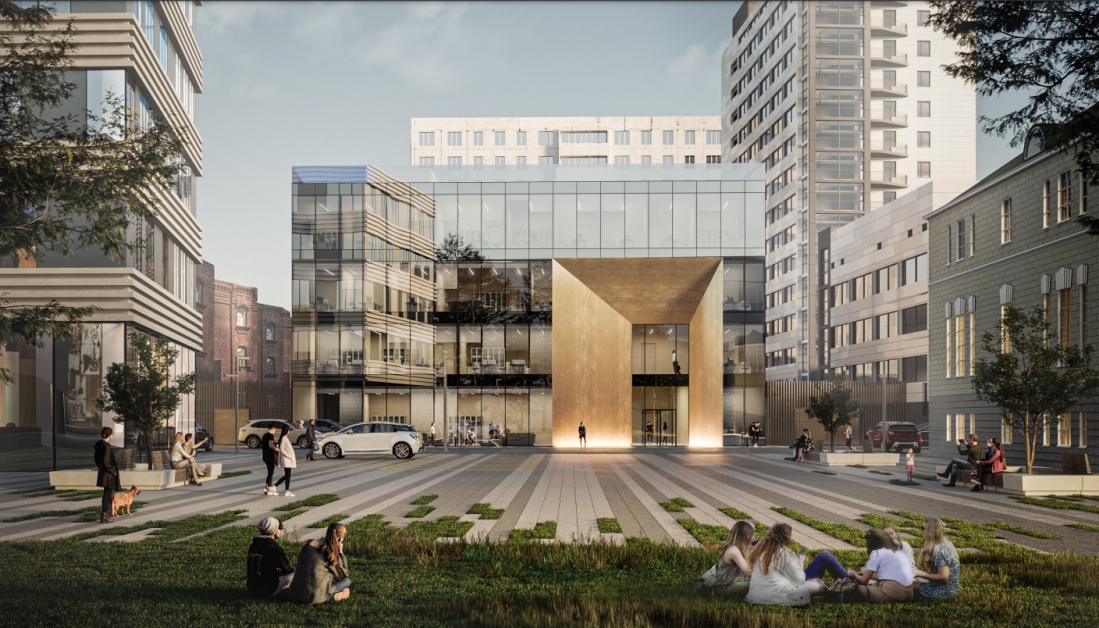 A new city scientific block with pedestrian squares, a landscaped embankment and a green park will be created around Bauman Moscow State University, one of the top universities of the country. The preliminary concept of the campus was presented by Chief Architect of Moscow Sergey Kuznetsov.

«The concept for the development of the territory of N.E. Bauman University includes not just the construction of new buildings, but in fact the creation of a new city block. In addition to scientific facilities, a green park, a city square, a network of hiking trails and much more will appear here. The issue of embankment improvement and construction of a bridge across the Yauza River is also being discussed. An important urban planning part of the concept lies precisely in the openness and permeability of the campus, because now the territory of the university is closed and inaccessible to the city-dwellers» - said Kuznetsov.

According to the Chief Architect of Moscow, who acts as the head of the author’s team of designers, the presented visualizations of future buildings cannot be considered final, since at the moment the execution of urban planning documentation and the transfer of land for development are being completed, and the architectural component of the project is only being worked out.

«As for architecture, we are still in search, looking at what we can afford in terms of the economics of the project, but the main components are already clear. It will be bright modern architecture, mid-rise buildings are planned, five to six floors. We are everywhere here in approximately the same altitude regime that we have today. There will definitely be an emphasis on interesting engineering to show belonging to the world of high technology and advanced engineering. We have a serious historical context — Fanagoriyskiye Kazarmy (Phanagoria barracks) and the almost lost Faculty of Chemistry, once built according to Kekushev’s project. They will be restored and integrated into a new campus. As a result, we get an interesting alternation of volumes along the streets. Mayor Sergei Sobyanin supports this concept. The new campus will fully meet the goals and objectives of the university, and we will make every effort to successfully implement it» — explained Sergey Kuznetsov.

Reconstruction and restoration will be carried out in buildings with a total area of 22 thousand square meters, including cultural heritage sites — Fanagoria barracks and the Chemical Laboratory of the Imperial Technical School. As Rector of Moscow State Technical University Anatoly Alexandrov told the journalists, research centers and laboratories will be located in the new buildings.

«Over the past ten years, the number of university students has actually doubled, new areas of research are actively developing and all this requires additional space. It is planned to create biomedical and engineering centers here, as well as a center for digital technologies, laboratories for aviation and defense, complexes for researching soft matter and artificial intelligence, and others» — said Aleksandrov. According to preliminary estimates, it will take three years to implement the project.