Another Three Aerial Lifts May Appear in Moscow 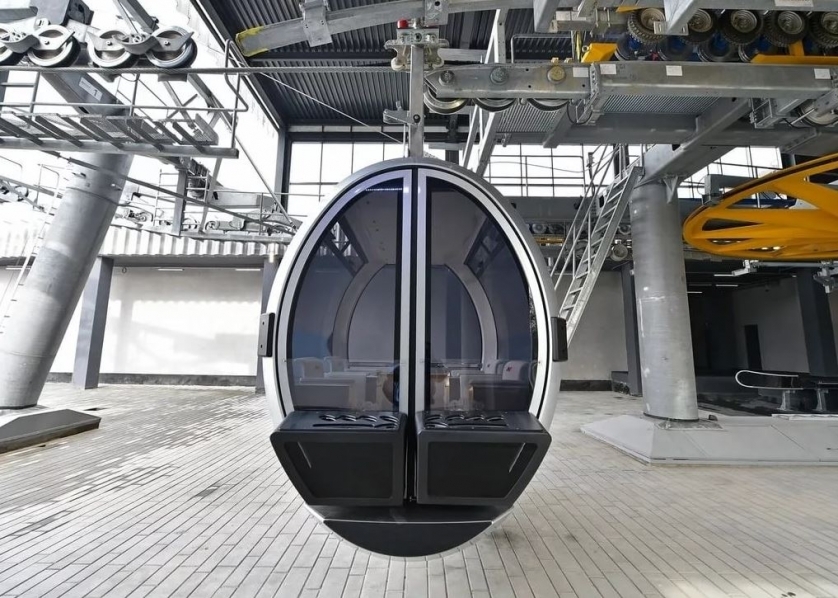 According to Chairman of the Committee on Architecture and Urban Planning Juliana Knyazhevskaya, the Moscow authorities are considering the possibility of building aerial lifts in a few Moscow districts.

"We are working out options for arranging aerial lifts to connect the Island of Dreams Amusement Park with access to the future Nagatinsky Zaton metro station on the Bolshaya Koltsevaya line. We are planning that the air lifts will pass over the Moskva River, they will be integrated with the city transport and create an opportunity to visit the park comfortably" - Juliana Knyazhevskaya said.

According to Knyazhevskaya, another aerial lift may appear on the territory of the former ZIL from Mark Chagall Embankment to the Nagatinskaya metro station, Serpukhovsko-Timiryazevskaya line. This place is suitable and reasonable for an aerial lift construction due to the dynamic development of ZIL, besides, it will save time on the way to the nearest metro station.

“Another suggestion is to build an aerial lift from the South Gate bus station to Kapotnya. It will create a new connection between the territories being an additional means of transport”- Knyazhevskaya explained. She also added that, according to experts, the new aerial lift will significantly reduce the travel time for residents of Kapotnya and Brateevo, and provide an additional route to the South Gate bus station.

Earlier, the Moscow Mayor of Sergey Sobyanin emphasized that aerial lifts would not only provide an accessible environment for walks and relaxation, they could also become an alternative to existing means of public transport for Muscovites.

Juliana Knyazhevskaya remarked that at present the routs for three aerial lifts are being worked out and discussed with experts, but their designing has not been started yet.