A terrace on the water, an amphitheater and secret gardens: landscape of the new park "On the Embankment" at the ZIL 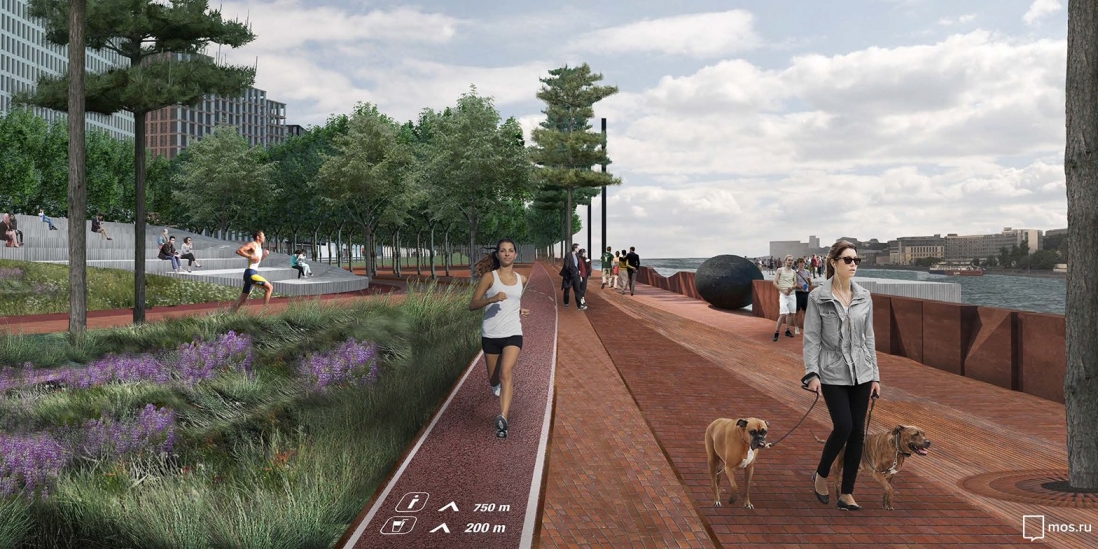 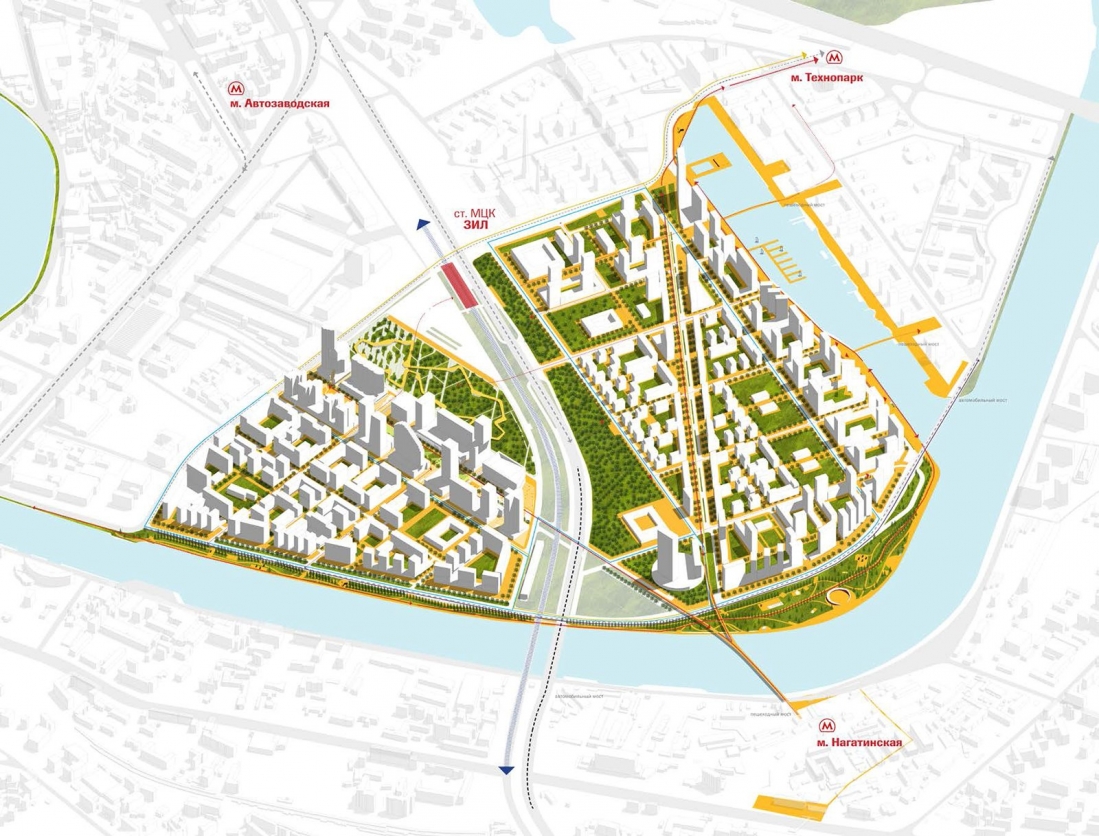 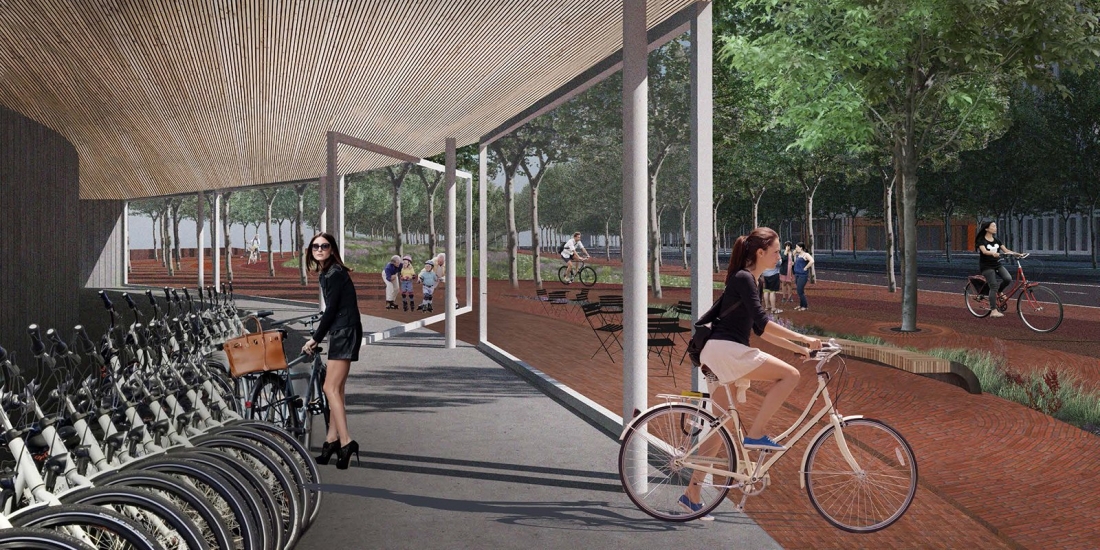 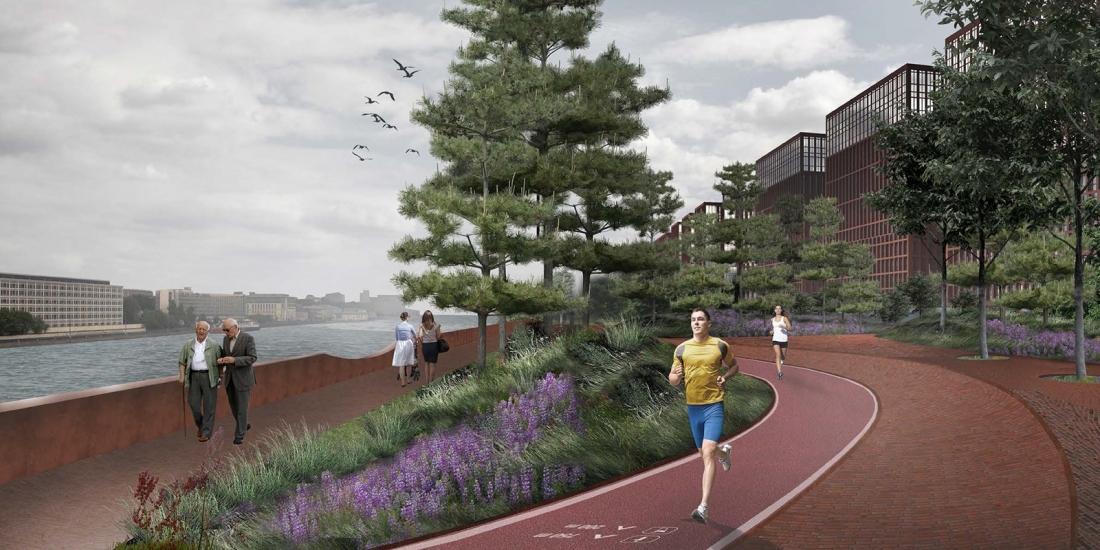 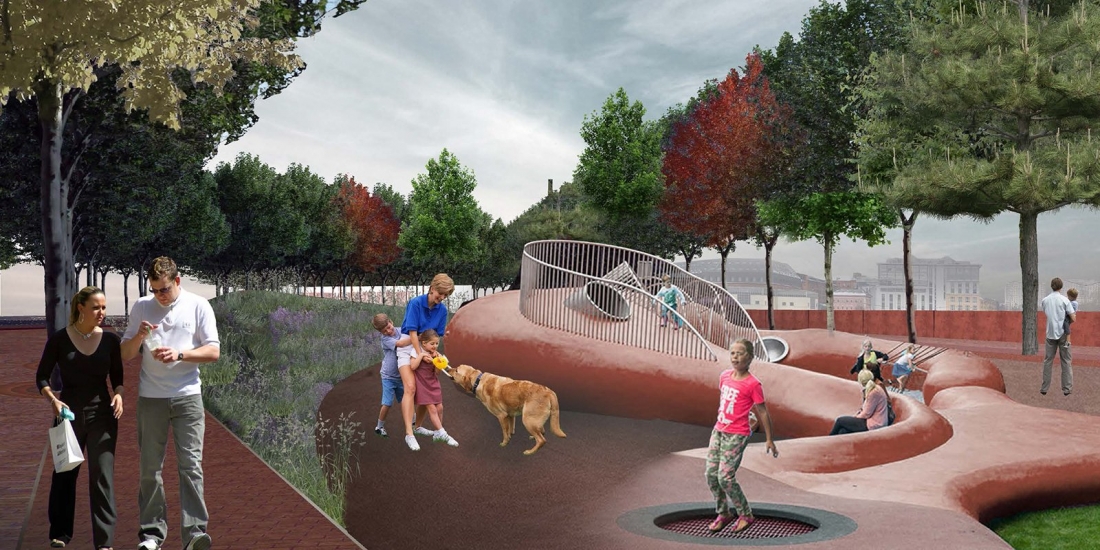 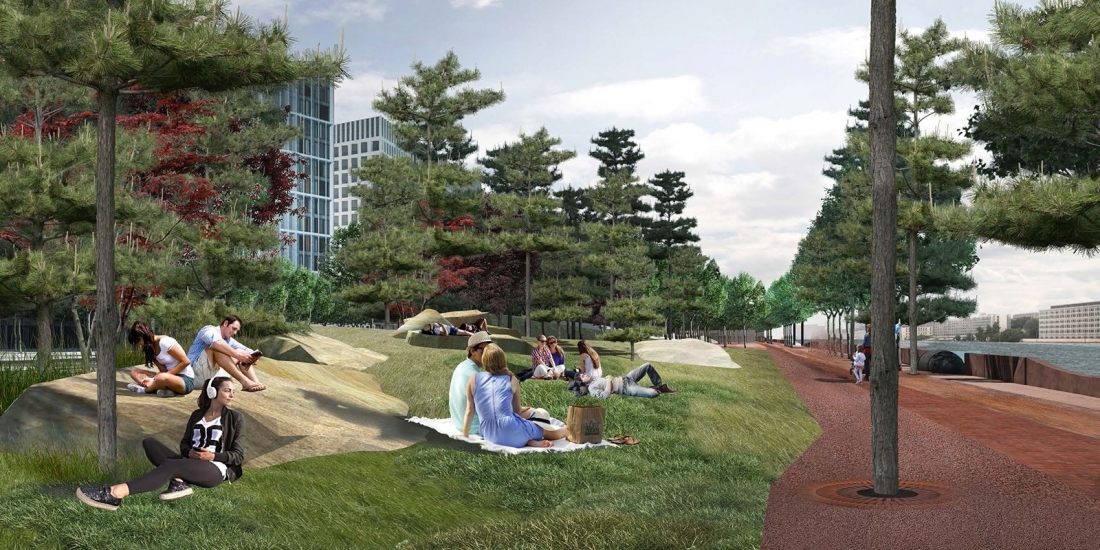 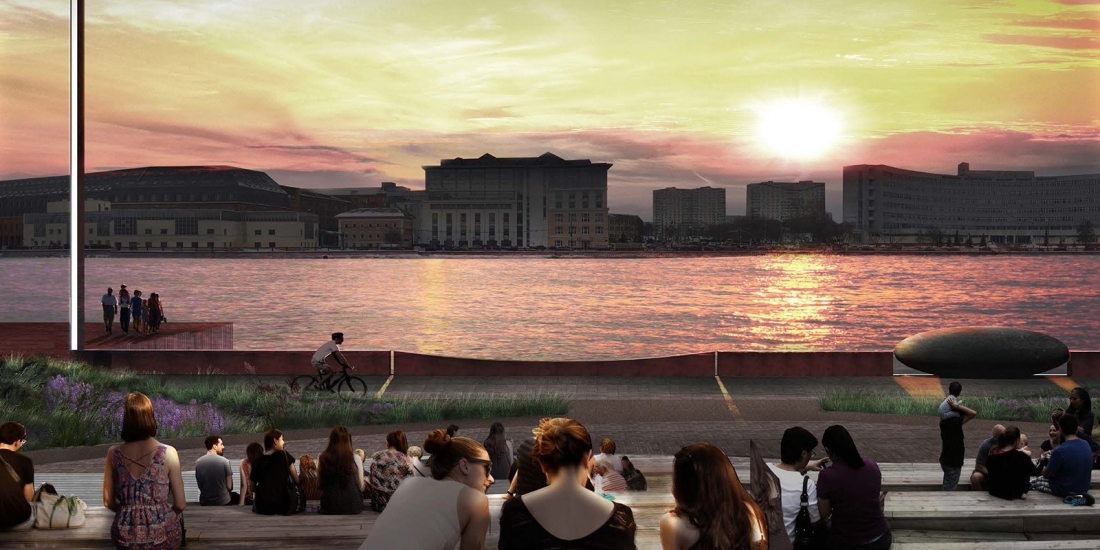 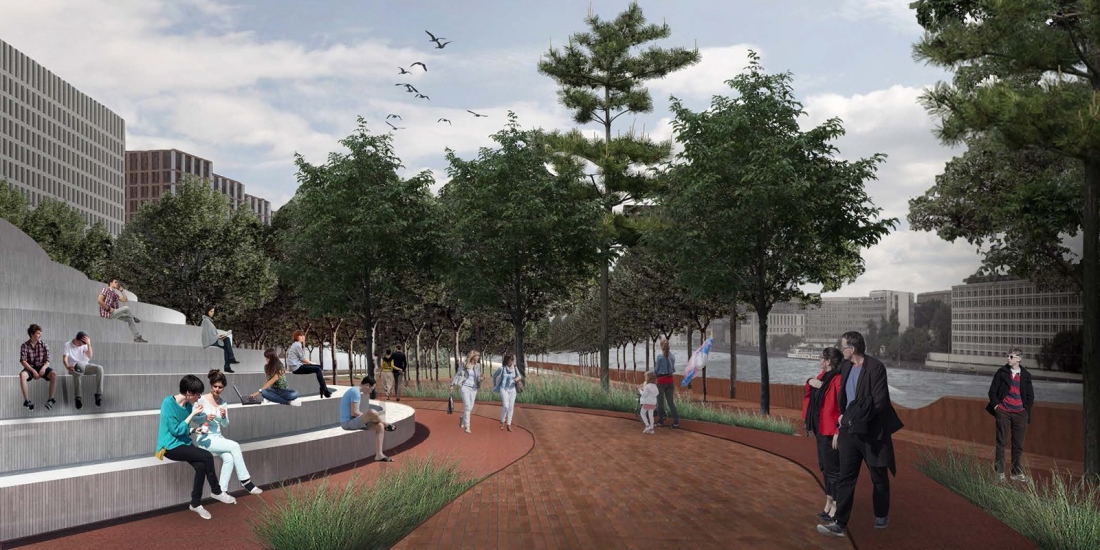 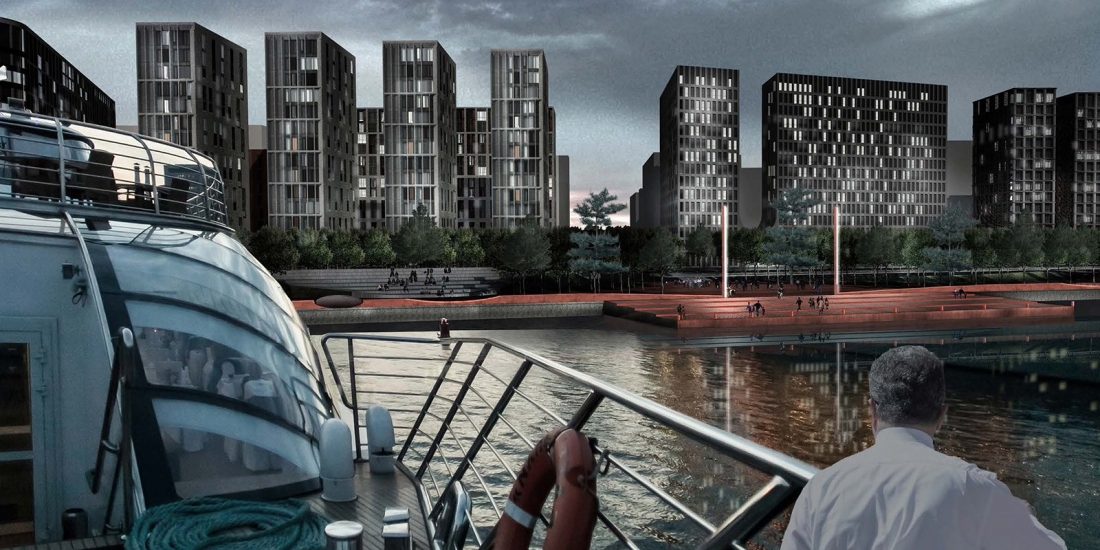 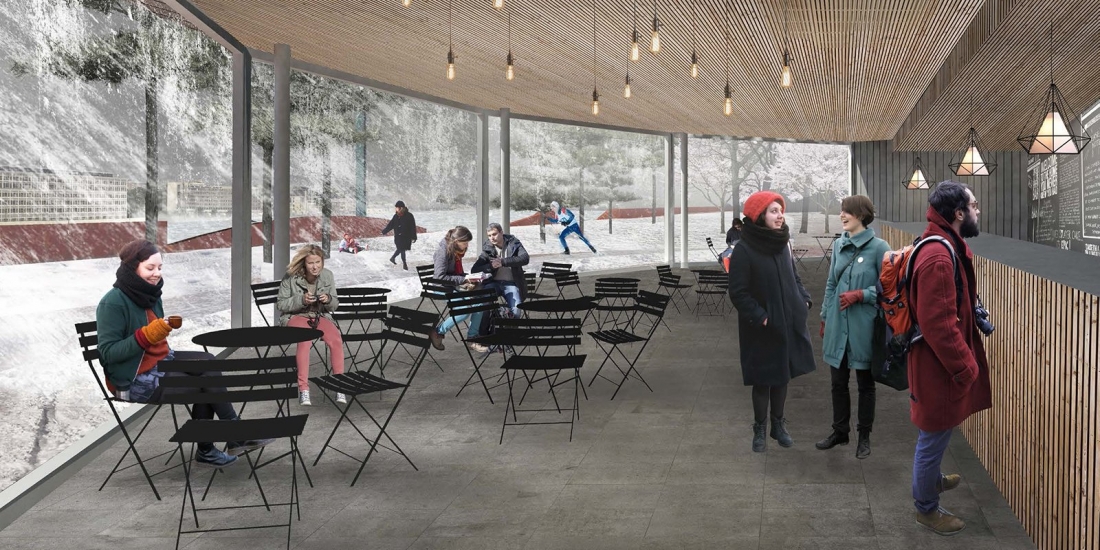 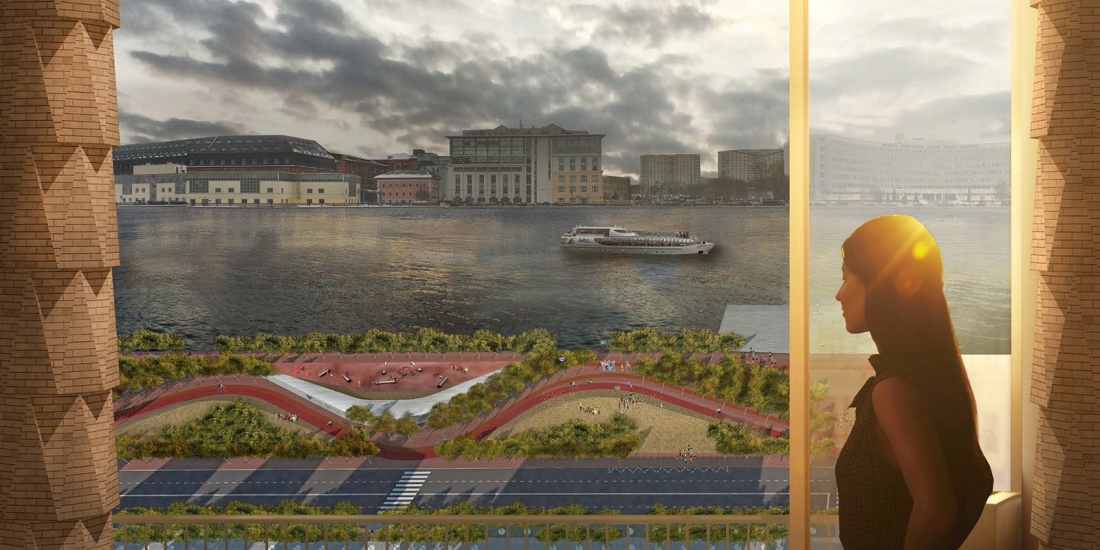 On the territory of the former Moscow Automotive Society — Likhachov Plant (ZIL) a new park will be created. Its length is four kilometers with the total area of more than 18 hectares. It will join the Marc Chagall embankment of and other areas located along the Moskva-River, from Tyufelev Roshcha Street to Danilovsky Bridge. Marc Chagall embankment was built in the former ZIL industrial zone in 2016.

It is going to be included in the new park, attractive for citizens of all ages regardless of backgrounds and interests. The project of development of an urban recreation area along the embankments of Moscow was approved by the Moscow City Architecture Committee. A park by the water with secret gardens, meadows for picnics, a riverwalk and an amphitheater overlooking the Moskva-River will appear in place of the former ZIL. It will be called On the Embankment and will include the Marc Chagall embankment and the neighboring riverside areas. The park will be almost four kilometers long. Its development is scheduled for 2019, and the preparation works are now underway. The concept of a new recreational place called a park On the Embankment was developed and approved by the Moscow Committee of Architecture. It can be divided into four thematic components: sports, walks by the water, gastronomic walks and park recreation. Visitors can choose routes, activities and entertainment depending on their preferences.

The new park is supposed to have everything one might need to spend the whole day there and to enjoy their time meeting with friends. «The development concept accounts for the preservation of already existing trees and the planting of new ones, and creation of walking and cycling routes. The Park On the Embankment will become an integral part of the green belt of the ZIL parks: the areas of art, sports, culture and recreation, as well as a public space available at any time of the day,» said the acting Chief Architect of the city of Moscow, Sergey Kuznetsov.

For the fans outdoors activities, there will be jogging and cycling paths almost four kilometers long. Moreover, the jogging path along the whole route will be covered with seamless rubber surface, which reduces the impact on the joints while running.

In addition, children’s playgrounds and sports fields with workout equipment will be created, as well as rental centers for sporting equipment, segways and bicycles. For those who prefer to wander in the woods or have a picnic on the lawn, a single 1.7-kilometer walking path along the entire embankment will be created. There will be green clearings and hills for picnic throughout the park, as well as secret gardens: special areas with sculptures, fountains and landscape compositions, fenced with trees and shrubbery. Under the canopy of the trees there will be cozy benches and drinking fountains. New rowan, birch, elm, and coniferous trees: spruces, larches, fir-trees and pines will be planted around the existing trees.

Around the shrubs, new cotoneaster, lilac and spirea bushes will be added. Perennial grasses characteristic of the central part of Russia will be planted on the lawns: blue-leaf grass, cotton grass, wormwood and feather grass. For a better walking experience along the Moskva-River, a riverwalk will be built right by the water. The river banks will be equipped with convenient access ways and wooden and floating pontoons.

On the river a looped terrace will be built with a viewing platform. The Park on the Embankment will be accessible from water: there will be two new moors for the river trams. Several stages and venues for open-air concerts, performances and lectures will be built along the riverwalk. One more way to have a good tome on the new embankment will make foodies very happy. Overlooking the water, new cafes and restaurants will open, as well as ice cream parlors and food courts throughout the park. There will be more than 20 mobile outlets with food and drinks. Muscovites and tourists, depending on their preferences, will be able to choose walking routes and recreation zones. Navigation in the park will help: all signs and maps will be in Russian and English. Four walking routes will open in the riverside park: «Magnets», «Sports», «Recreation» and «Riverwalk». They will be open 24/7. In the evening, the park will be lit with new energy-saving lanterns, as well as landscape fixtures. Development of the ZIL area is Europe’s largest restructuring project for a former industrial zone (covering about 400 hectares).

The new urban area will have new housing, public and business facilities, and a well-developed transportation infrastructure. The area will be landscaped and redesigned. The embankments of the Moskva-River will also be involved in the projects. In 2018, Tyufelev Roshcha park opened already opened in the area of the former ZIL and has already become the center of attraction for the people of Moscow.