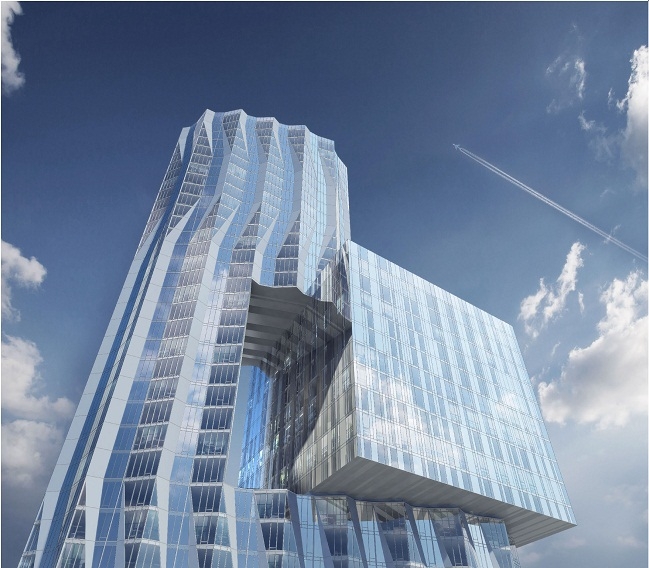 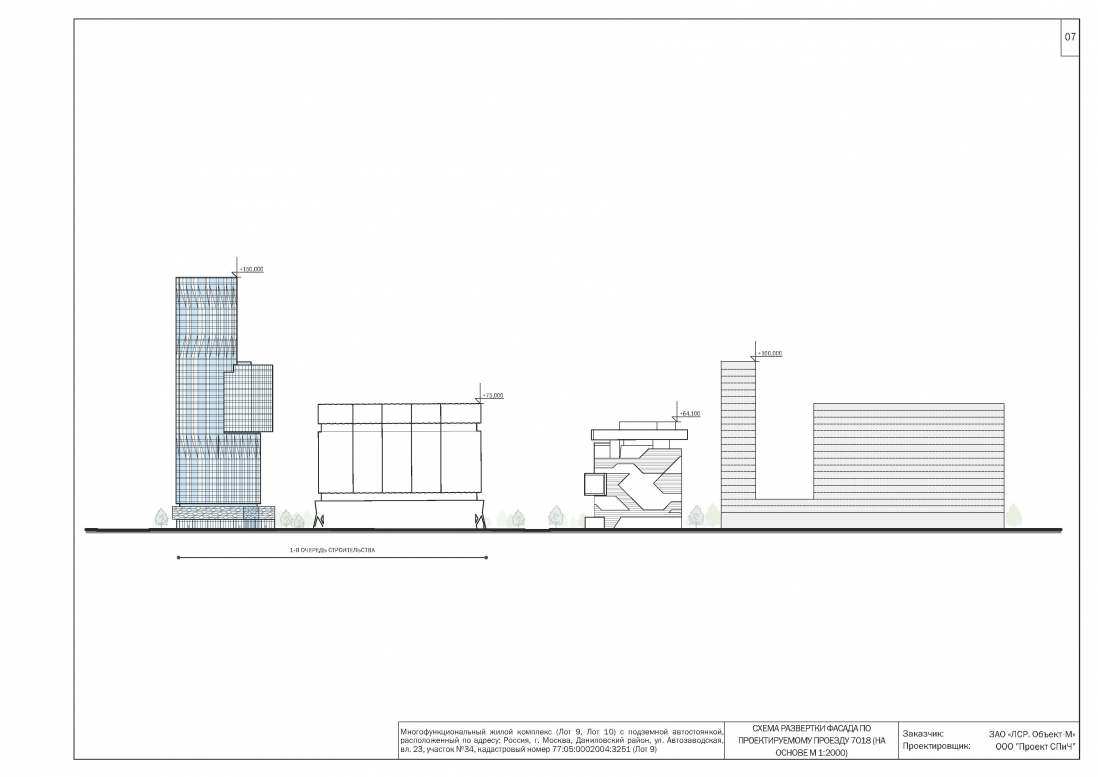 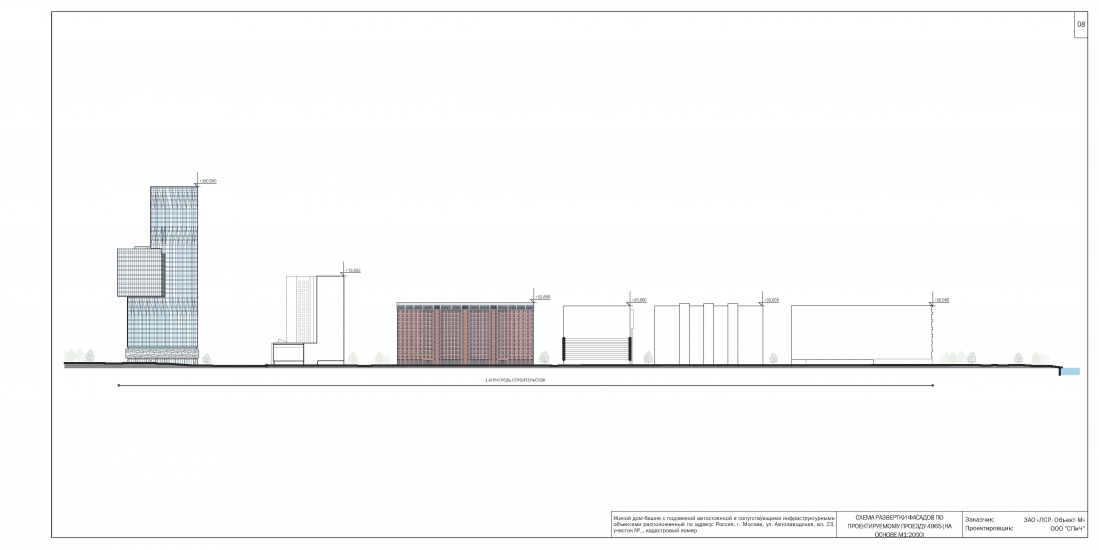 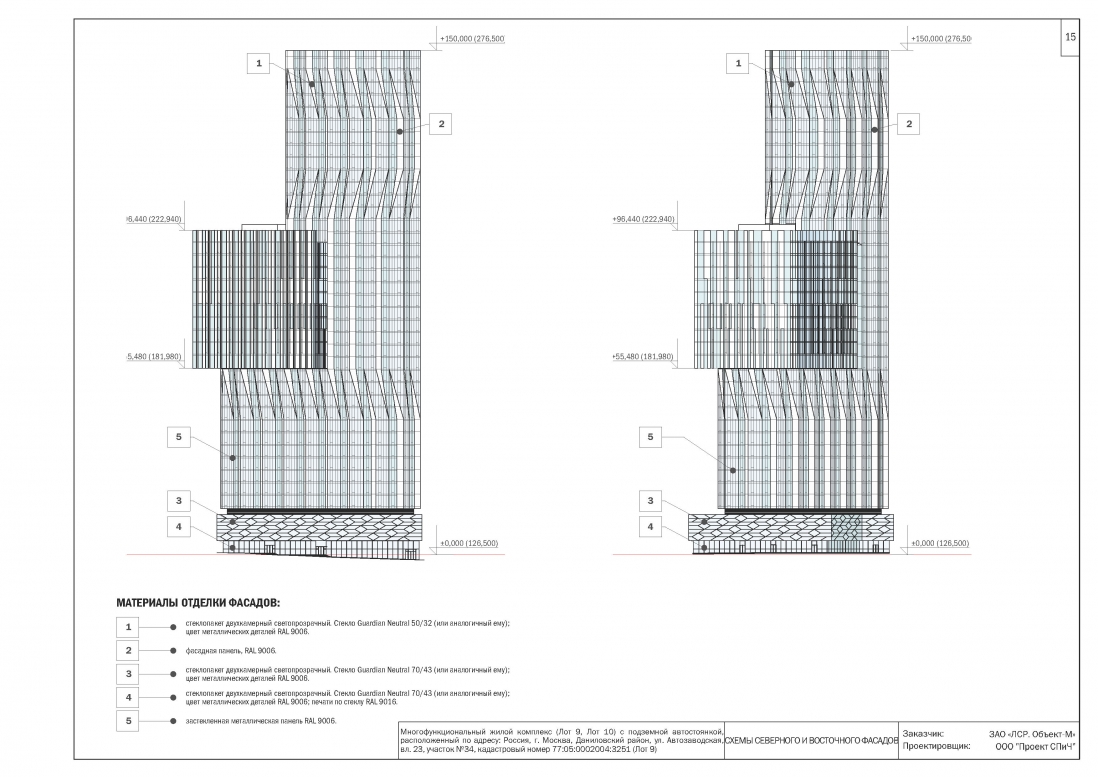 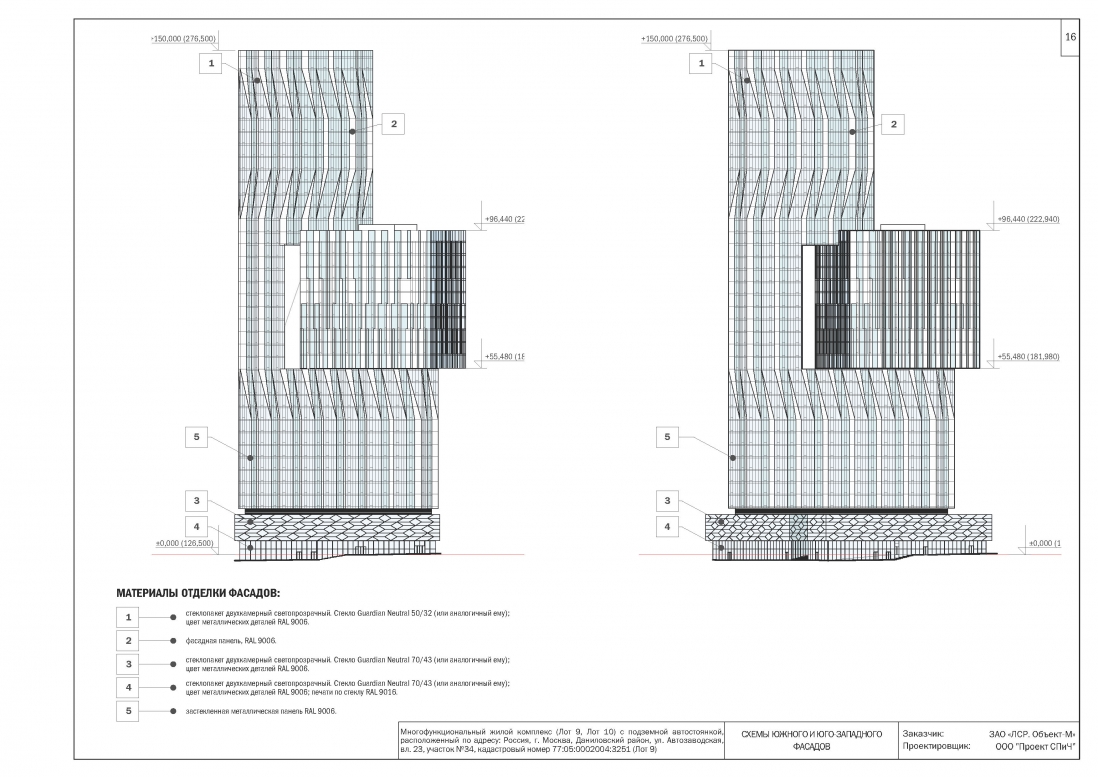 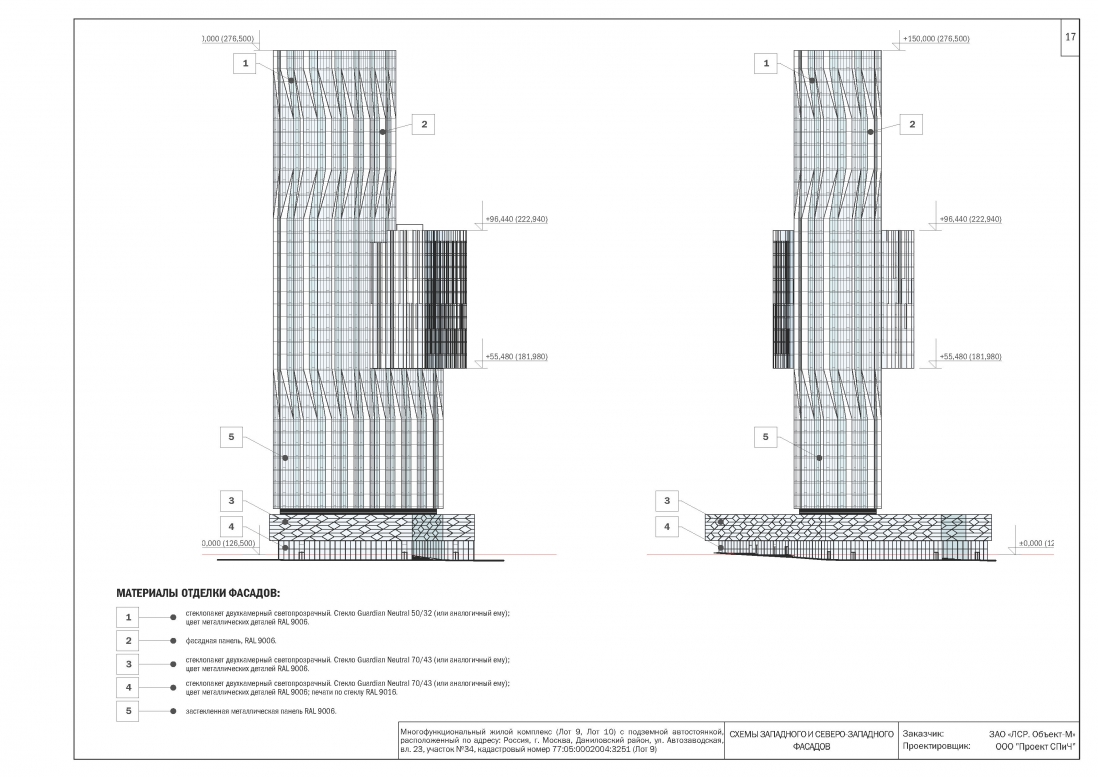 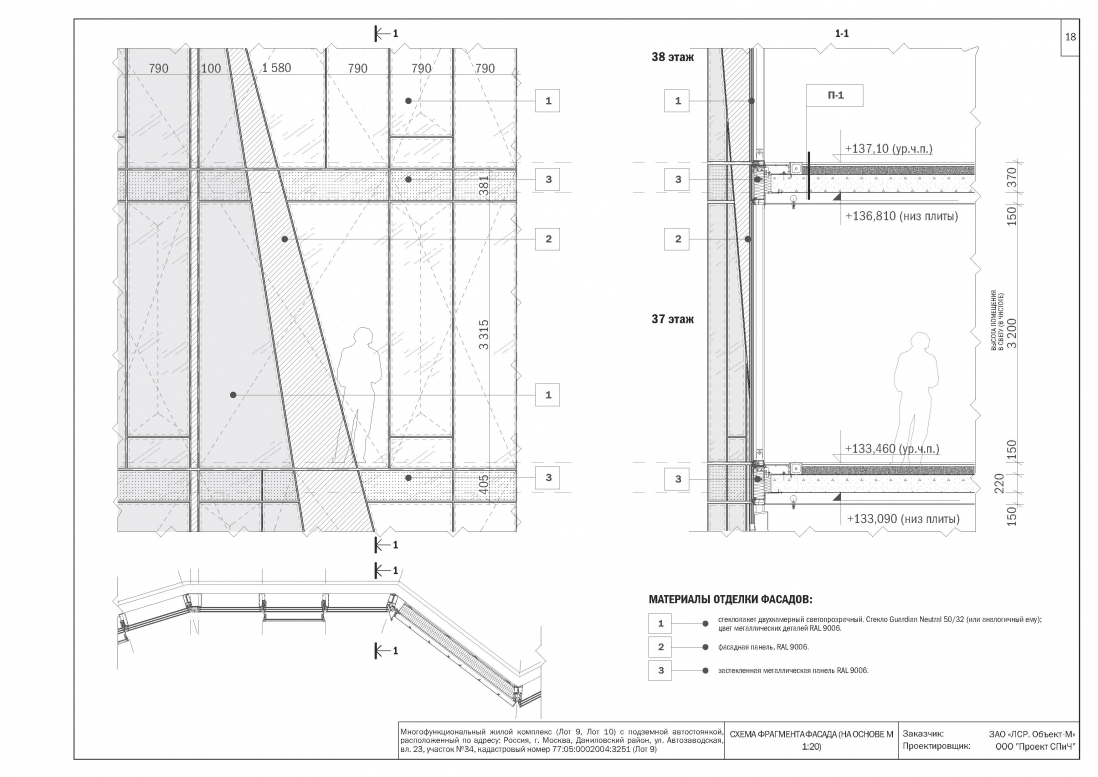 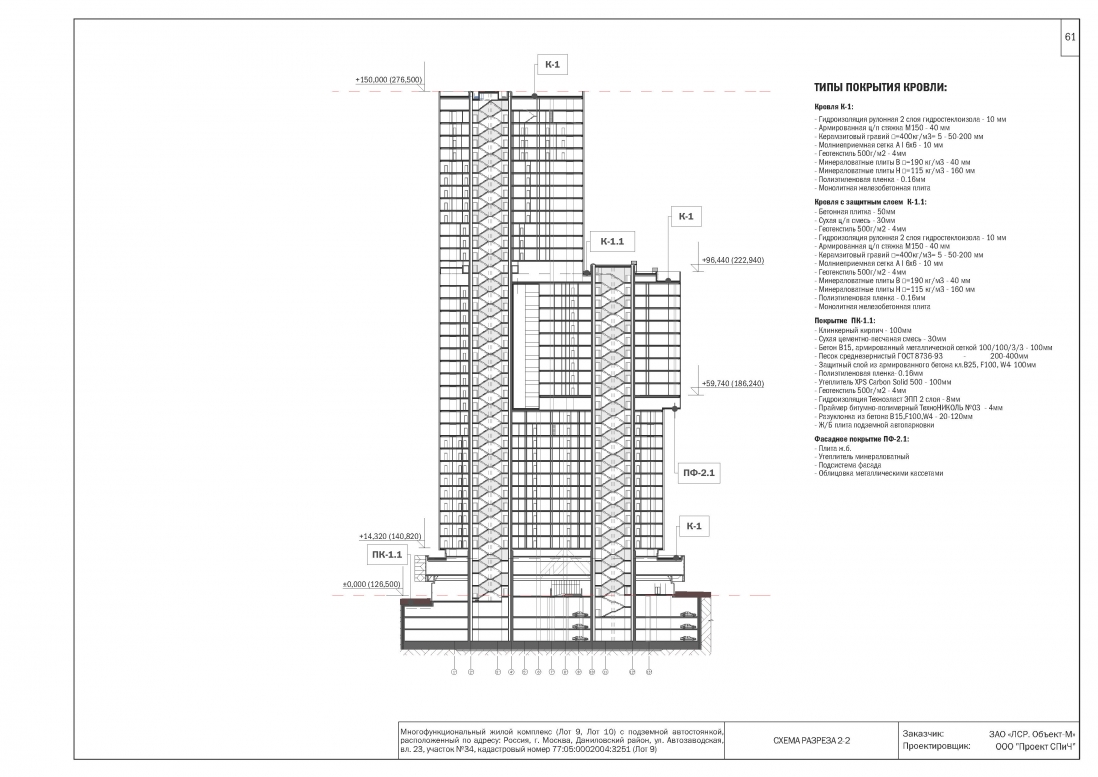 The Head of Asymptote Bureau, world famous architect, Hani Rashid designed the high-rise dominant structure on the central boulevard of the reconstructed ZiL area. This tower will be like a propylaea serving as the entrance to the public entertainment area of the new district. Hani Rashid told us in what way machine industry theme presented in the image of this extraordinary building was altered.

Let us recall that ZiL reconstruction is the most important renovation project for the industrial zone which is actively developing. According to Yuri Grigoryan, the Head of Project Meganom that devised the concept for the district development, «ZiL is actually a new centre of Moscow on the river shifted to the south-east».

Yuri Grigoryan: «When developing ZiL concept, we worked with several strategies; the first strategy is for the development of the Moscow River. The conservation strategy was implemented in the fact that, in addition to the planning structure, we preserve the Boulevard as a constructivist artifact as well as original facades of the constructivist monuments. The most important strategy of the project is public space plan — i.e. the whole development, in fact, will arise as „Gorky Park“ —intense public space with an embankment, boulevard and park connected to each other with the street system. The curatorial strategy is also of great significance; in architecture it means that the developer has engaged the most prominent contemporary architects and a unique cultural project is being developed — a new theatre and a branch of the Hermitage Museum.

Mentorship of social life on the peninsula situated not far from the Kremlin provides an opportunity to create in the future unique living standards; we are therefore speaking about the particular social and cultural autonomy of the peninsula, when the work is done.»

Asymptote has designed two key sites in the ZiL area: a tower, which reminds a «lighthouse» located at the beginning of the main boulevard, and a branch of the Hermitage situated nearby.

— First of all, your building has a much more complex structure as compared with traditional skyscrapers. Where did you get this idea?

Hani Rashid: Yes, our aim was to create a high-rise building, which would differ from a typical skyscraper covered with flat glass. Most of them are created on the basis of one and the same concept, that’s why they have similar design. In this project I have two priorities: on the one hand, I wanted the architecture itself to be perceived as ornamental; it should be beautiful and thrilling which will distinguish this building from other skyscrapers. On the other hand, it is inclusion of additional cubic volume into the inner space of the building, doubling its expressive properties. This decision was inspired by the view from the windows of my office in New York: all those skyscrapers and their history unfolding in front of me made great impression. So, when I arrived in Moscow, I focused on the idea to construct a building that will be different from what I saw, and I realized that if we can build two or three buildings connected in one space — together they will look more interesting. This will create a contrast of one architectural form located on top of the other.

Thus, the first idea that inspired me was to create a building, which looks as if it was made up of two or three skyscrapers connected with each other, like a collage

— And what function does this hanging cube have?

— At the moment it has a fully residential function with different types of apartments: inside the cube there is the area of «faceted» windows, near the through passage in the building. Because of the fact that the passage area includes a kind of suspended park, people living above it and above this passage area, could enjoy a completely different panoramic view. In addition to this, the empty space in the middle of the building is of great importance as well, because it visually helps to get rid of the impression of the skyscraper’s massiveness.

— Actually, the skyscraper is such an international story. In what why does this Moscow skyscraper under construction in the context of ZiL area correspond to the unique characteristics of the place?

— When you look at it, you immediately understand that it is an industrial facility. From the very beginning, when I came to Moscow and visited the ZiL site; I was very inspired, as there were entirely factory buildings producing an incredible powerful impression. So in some way it was a great reference to the mechanistic origin of all things and objects. This high-rise could not be built anywhere else in the world. The idea was to make it look like a device, a machine. Thus, this is «machine» aesthetics, but we had to avoid the risk of turning it into «high-tech» style aesthetics while romanticizing a machine.

In New York, I watched Dziga Vertov’s Man with a movie camera a dozen times to find inspiration for this project in Russia. Vertov’s film has beautiful shots of different drills, punching objects, production process and manufacturing things. It’s an amazing experience for me to work in this factory. As I imagine, Vertov might have shot somewhere here; although even if he did not do it in the ZiL area, it used to be one of the biggest factories in the USSR...The idea of the building for me (though I didn’t mention it at the presentation, because, in general, I do not attach great importance to it) is that this is a wonderful, elegant, refined and well-balanced machine-building.

I was asked to design a through passage tower, and the idea was to create a kind of a «poem» about this plant, all people that lived here, about their lives and history of the place using contemporary means, rather than just build a monument

I strongly believe in the modern abstraction in art and architecture, where the real task is to bring mathematics along with elegance into the object. So, yes, it is a mathematical poem about ZiL’s history. Actually, in fact, you asked me the right question. Because that’s what this project is all about.

— Just one follow-up question: can we compare this «machine aesthetics» which is implemented in the project to early 20th century projects, the avant-garde projects?

— I asked myself this question when I started to work both on the Museum (the Museum Center «Hermitage-Moscow» — ed.) and the tower. I’ve learned a lot from Russian Constructivism, starting from the time when I was studying for a Master’s degree. And I always believed that when you come to work in Russia, everything you want to do is the idealized Constructivism like this. But the question I ask myself is about what exactly idealizes this Constructivism. I think, in those days it presented the machine age in the spirit of idealism, isolating this aesthetics in its pure form, these outstanding large horizontal forms, which will be saved for the future. Thus, turning back to this age for me would be like using the beauty and power of constructivist model and reintroducing them into the modern architecture, but it should not become the main theme of the building.

I didn’t want to get buildings reminding Constructivism style, but, anyway, it is their origin, DNA, history, because Constructivism implied the artistic reflection of the Russian history and introduced it culturally in the history of Modernism. I wanted to find a way to continue this history in such a way. I think that people like El Lissitzky or Gustav Klutsis would love this building. Because hundred years ago they could only dream about the possibility to create such buildings, as they didn’t have modern building technologies. But they knew that one day those would be real possibilities. That’s why I think it is important to consider these buildings as a reference and respect for the art and history of Constructivism.