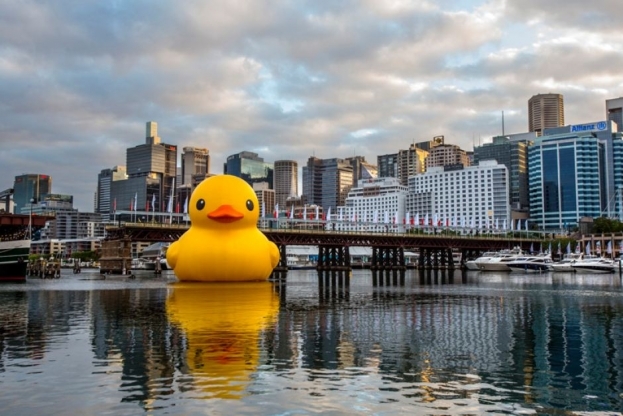 Methods of city management are changing: many metropolis no longer live by master plans, they pursue the project approach instead. Some projects are becoming the drivers of urban development and the milestone of the managers’ work quality. At the same time, in the Russian practice, the concept of project management is still new.

Today’s world is walking the project management path, and the modern cities are measuring a real success rather than abiding by general documents and views: this success comes from individual projects, — says the Chief Architect of Moscow Sergey Kuznetsov. The quality of these projects is the indicator of the quality of work of the city government.

While preserving the attributes of the old life — the master plan as the basic town planning document inherited from the planned Soviet system, Moscow, nevertheless, gradually avoiding from its routine application, shifting the emphasis on territorial zoning documents.

On the city scale, it is not the real estate itself that is key, but system projects whose quality is assessed not only from the point of view of the completed design and construction works, but also the creation of a program for the site, the correct balance of functions, and the identity of the territory. 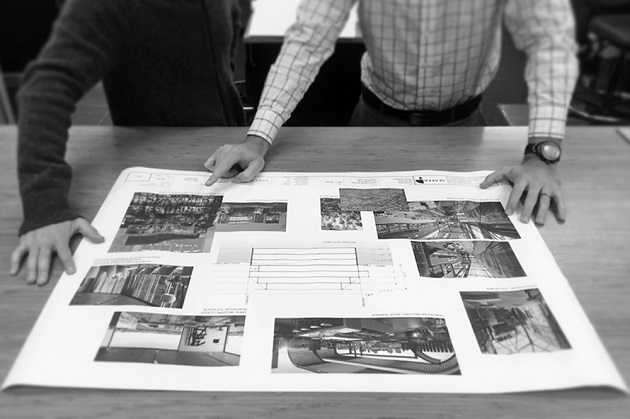 There is a problem of overstated expectations over unique structures in Russia, says Sergey Kuznetsov. The question of project management is always behind the scenes; as a rule, everyone sees a nice wrapper and very few think about how the structure was created, «and then there comes a big disappointment, relatively speaking, we needed more money, workforce, etc.» — says Kuznetsov.

We need to understand that to do something cheap, fast, and high-quality is impossible, and assigning blame won’t help. «I believe one should not cherish illusions. There is a famous triad: cheap, fast, and high-quality. In reality, the conditions are even more stringent; it is already good if even one of the three requirements is met, and if two of them are met — it’s out of the world. Take, for example, the Philharmonic on the Elbe. Everybody thinks the project is very successful, because one of the three requirements was met — the project proved to be high-quality. At the same time, it took longer to make and was ten times more expensive than expected,»- says Kuznetsov.

Time is a key factor both for the quality and for the peace of mind, adds Galina Gordiushina, director of civil engineering design at «Mosinzhproekt», the deadlines must be realistic so that people do not die on construction sites.

Experts believe that one should not be concerned about the fact that the management system for such large-scale projects in Russia is not yet ideal because it is still impossible to leap over three or four positions and in quality, cost and time and outrun everyone. On the other hand, the experience you receive on such complex projects is very important.

"We know examples of how many new technologies were developed, for example, only for the construction of St. Isaac’s Cathedral in St. Petersburg it took a major stone processing facility. I can now say the same thing about Zaryadye, we develop technology and learn to do what previously could only be done abroad,"— says Kuznetsov.

Plus, such a thing as a post-factum assessment of the project is also important: a unique object was commissioned, and then what? And here, if there have been disruptions in the management, they will definitely make themselves felt. According to Galina Gordiushina, this phenomenon is typical for the Arab countries, China and others, where the process is organized in a voluntarist fashion, based on the die-but-do-it-in-six-months principle." As a result, the structures of the Beijing Olympics or the Rio Olympics after just a few years look depressing, as Kuznetsov puts it. 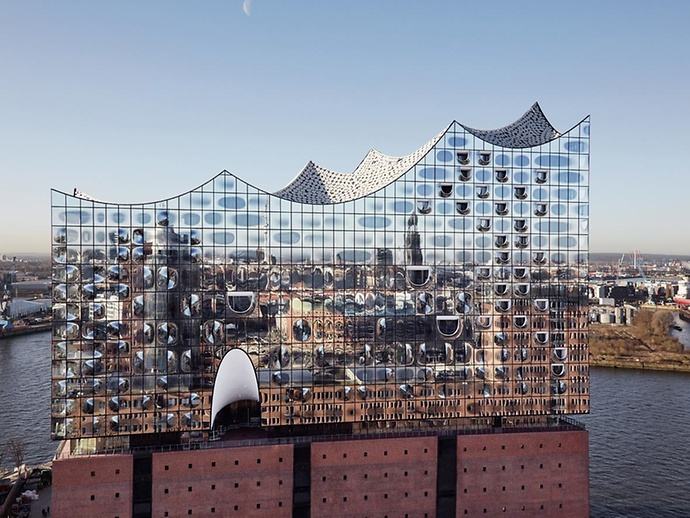 Philharmonic on the Elbe

Key people in the team

No unique project can be created without a professional team, and the task of the project management is to gather this team and prioritize correctly.

Ivan Romanov, Executive Director of LSR. Real Estate — Moscow says that the team of the ZILART project has five key people who determine its viability. These are the head of the company, who, according to Romanov, must ensure a balance of interests so that there is no tilt to one direction or the other. The seller, the marketer or the commercial director is basically the person who acts as a customer on behalf of thousands of families of future residents. Director of construction, who is an expert and is responsible for the process from the technical point of view. Director of design, who is responsible for coordinating the design process. Finally, the head of the financial unit, who nurtures the project and builds a strategy for investing funds and a sales strategy, and, in general, decides, at the expense of what sources the project is developing.

«In reality, when we joined this project, the implementation of which was scheduled for ten years ahead, we understood what a difficult task it was, because market preferences change very quickly. Only thanks to the formation of a certain team it was possible to carry out such an undertaking,» — says Ivan Romanov.

You can say the same about Zaryadye Park project. It is implemented by Mosinzhproekt. The team for the construction of civilian facilities in this company, which previously worked mainly with underground structures and roads, according to Galina Gordiushina, was established in 2014. There are four units in the team — construction unit, design unit, project control unit, and financial unit. Only highly qualified specialists are involved. Nevertheless, Galina Gordiushina believes that one of the key problems is human resources, who lack experts with a creative approach. 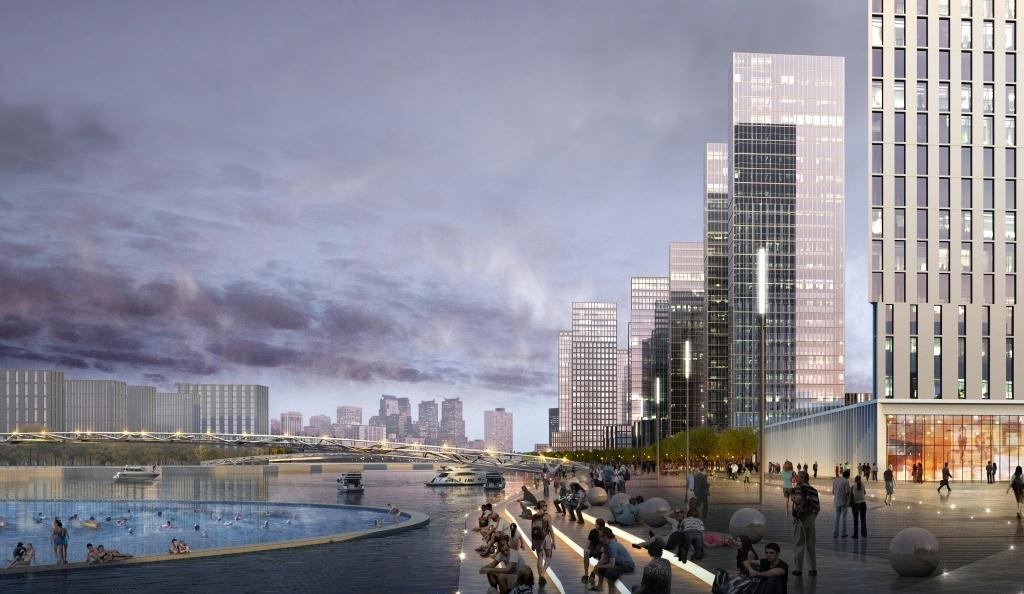 «When you start working on projects such as Zaryadye you need to keep in mind that people from year to year were taught to work within strict regulations, excessive safety requirements and so on. They have no creativity in their minds right now. There are not enough people who are ready to do audacious things within rigid construction regulations, which they learned to do abroad long ago. We involved the best specialists in the country to the construction of the park, but this pained complexity of the constructive solutions has led to the fact that we still cannot completely defeat the complex structure that we have there,» — says Galina Gordiushina.

In her opinion, these are all the costs of the system laid down at the national level. It needs to be changed. Although the process has started and is running deeply, the changes in the minds of people can take decades.

Successful project management is directly connected with the problems of personnel education, says Evgenia Murinets, Deputy Director General of the Foundation of the Unified Institute of Development in the Residential Sphere. «Today, most of the skills are acquired in the process of working on the project, so there will be many mistakes, and we are in the process of constant blundering. It is a question of the education strategy for new architects and urban planners, one of the most important qualities of which is not just drawing houses and streets, but creating an environment and perception of the lifestyle,» says Evgenia Murinets.

Architects and urban planners already need to understand what the portrait of the resident, the consumer will be in 10-30 years; after all, the master plans are long-term undertakings. Without an understanding of sociology and economy that exceeds what is taught in architectural universities, it is difficult for today’s architects to become project managers and their ideologists on this level.

Materials from Glazychev Readings — 2017 Conference were used in these article