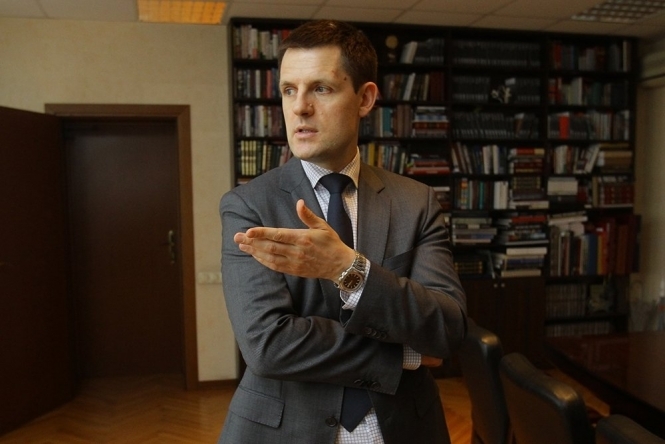 Sergey Kuznetsov, Chief Architect of Moscow and Curator of the Russian Pavilion at the XV International Architecture Biennale in Venice, announced the launch of the Educational Program, operated by the Graduate School of Urbanism at NRU HSE in cooperation with the Institute for Advanced Architecture of Catalonia (IAAC).

At the XV International Architecture Biennale in Venice, Russia is going to present V.D.N.H. URBAN PHENOMENON Project (commissioner — Semyon Mikhailovsky, curator — Sergey Kuznetsov, co-curator — Ekaterina Pronicheva), dedicated to modern development of one of the largest and most famous park and exhibition complexes of the Russian capital. On the initiative of Mayor of Moscow Sergey Sobyanin, since 2014 VDNH area has been managed by the Moscow Government that intends to turn the grand-scale complex, created in the Soviet time, into a cultural and educational place that is open to public.

The most important part of the Exhibition will be the Laboratory of the Future Section, where the possible strategies for VDNH development will be worked out in real-time.

International architects and artists will be involved in the Lab activity by correspondence; they presented their ideas for VDNH development in video messages. While the creative energy of the future urbanists and designers is accumulated in the special Education Program, which will operated by the Graduate School of Urbanism at NRU HSE in cooperation with the Institute for Advanced Architecture of Catalonia (IAAC).

The work of the Program will be headed by the founder of the Institute for Advanced Architecture of Catalonia (IAAC), Chief Architect of Barcelona (2011-2015), urbanist Vicente Guallart.

The Educational Program will be focused on the analysis of architectural and socio-cultural aspects of VDNH Phenomenon and devising strategies for future development of the territory. Young architects, urban planners, artists, graphic designers and product design experts have been invited to participate in the Program. Vicente Guallart selected 12 students, representing Russia, Spain, Romania, Peru, China and Latvia, out of 40 applications received from the Graduate School of Urbanism, the Moscow Architectural Institute (MArchI), MARCH, Strelka Institute for Media, Architecture and Design, RANEPA and IAAC. Before the young specialists start developing their projects in Venice, they will attend the launching seminar in Moscow. In addition, full field studies in the territory of VDNH will be carried out in collaboration with curator of the Russian Pavilion Sergey Kuznetsov and co-curator Ekaterina Pronicheva.

International Architecture Biennale in Venice is one of the most famous and prestigious international architectural forum which is held every two years. The Curator of Biennale di Venezia 2016 became Chilean architect Alejandro Aravena, who designated the theme “Front Line Report”, which is intended to reveal the social role of architecture and draw attention to projects that improve the quality of urban environment. Russian understanding of the specified theme — V.D.N.H. URBAN PHENOMENON Exposition — tells about the past, present and future of VDNH. At present, on the initiative of Moscow Mayor Sergey Sobyanin, VDNH is transformed into a multi-format public space, where audience is attracted with the aid of urban planning means, architectural and educational techniques.

Organized by: the Ministry of Culture of the RF with the support of the Government of Moscow

Educational Program organized by: the Graduate School of Urbanism at NRU HSE and the Institute for Advanced Architecture of Catalonia (IAAC).