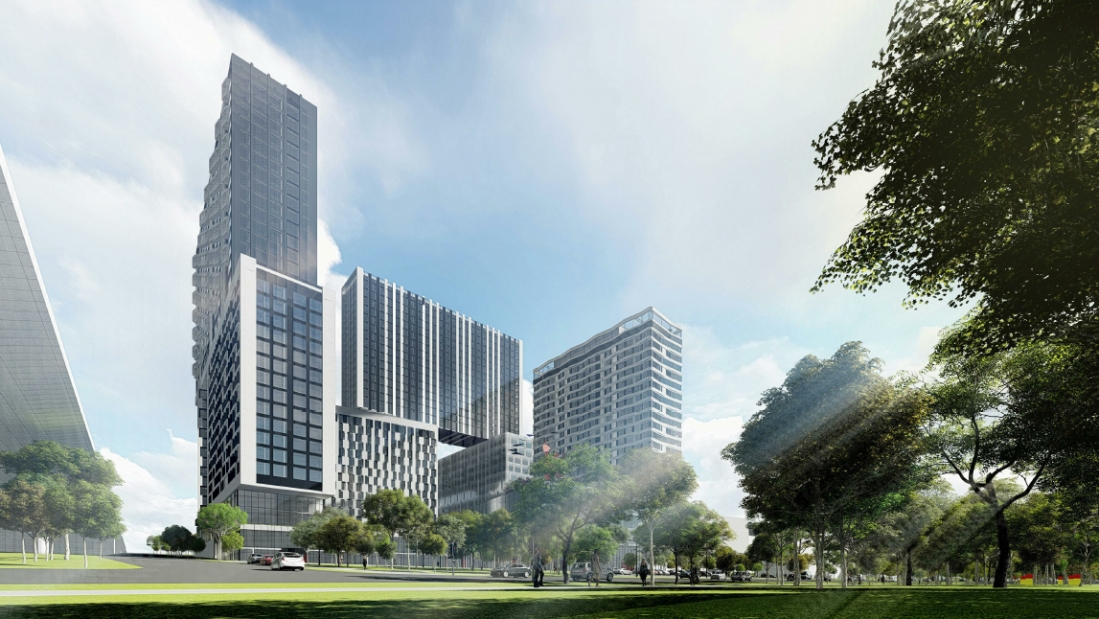 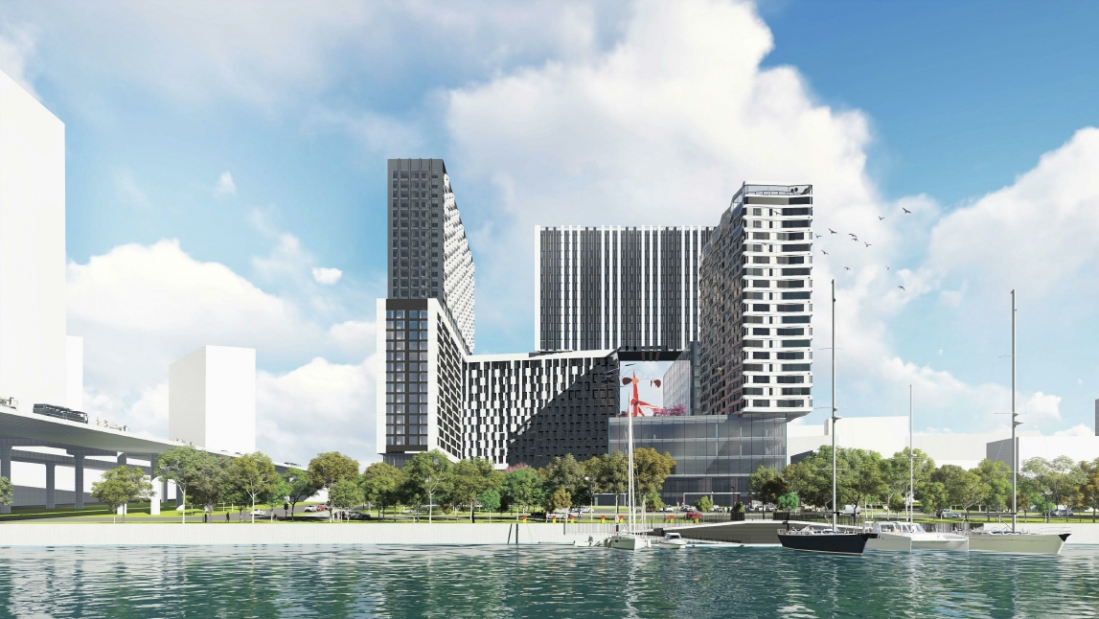 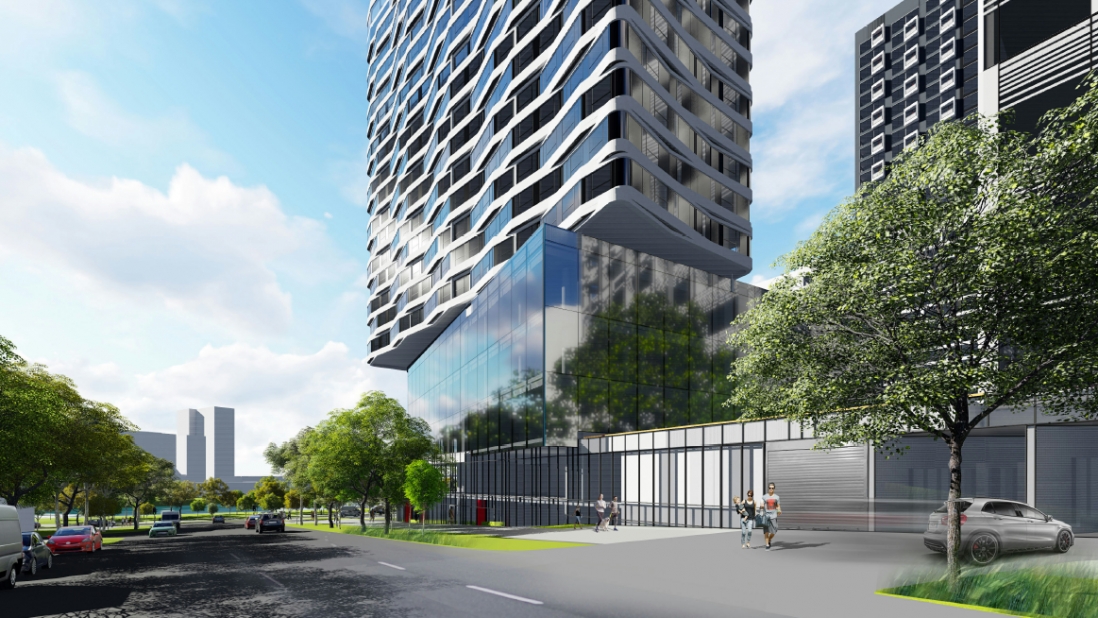 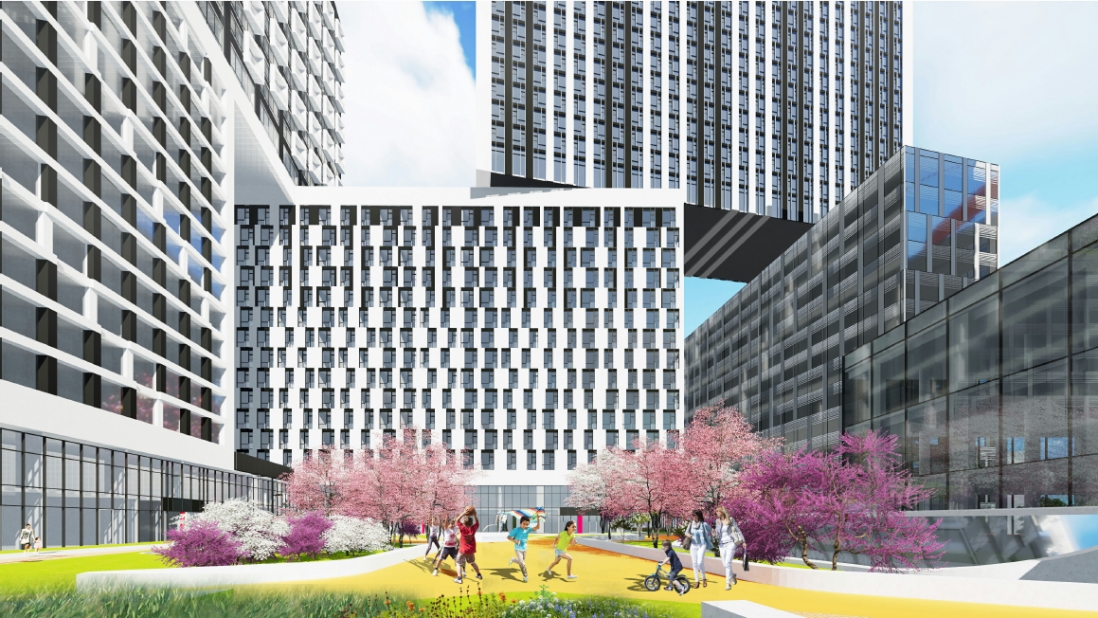 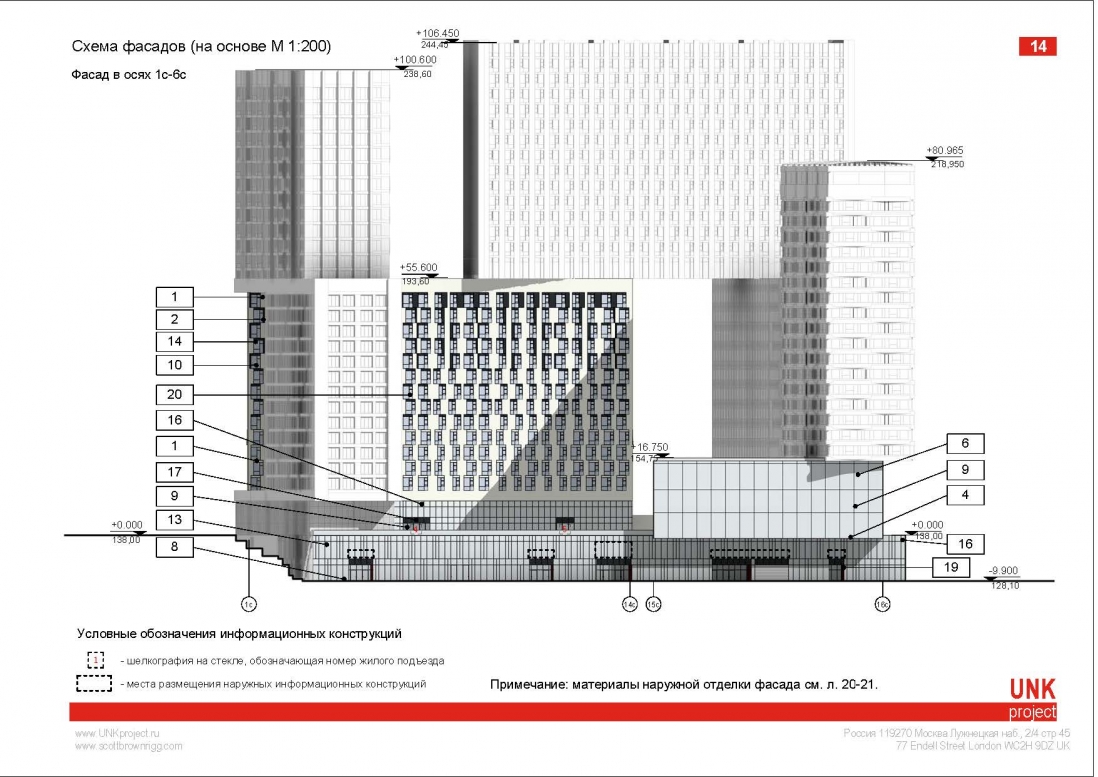 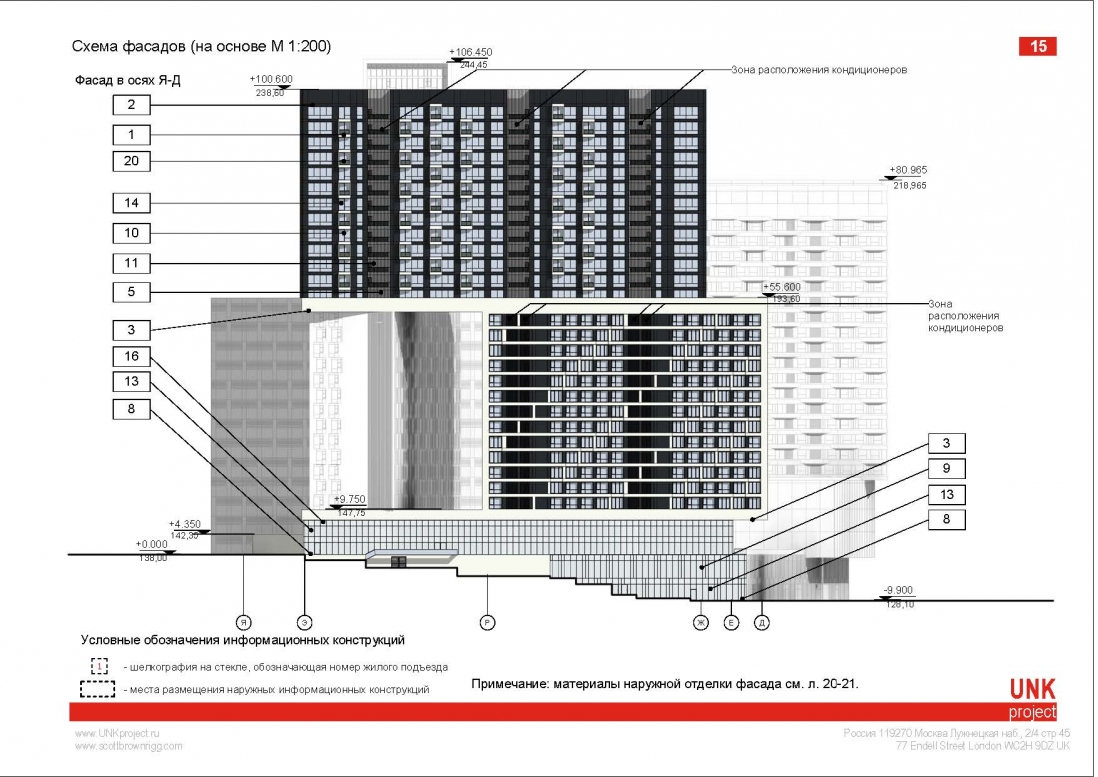 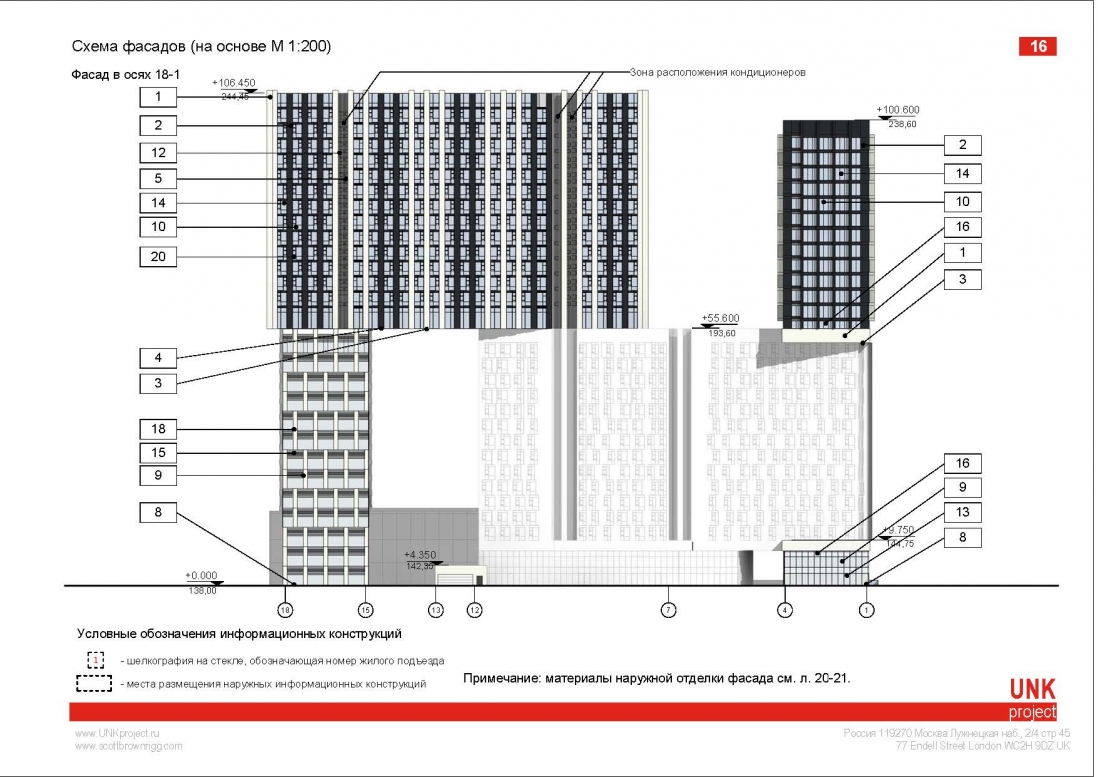 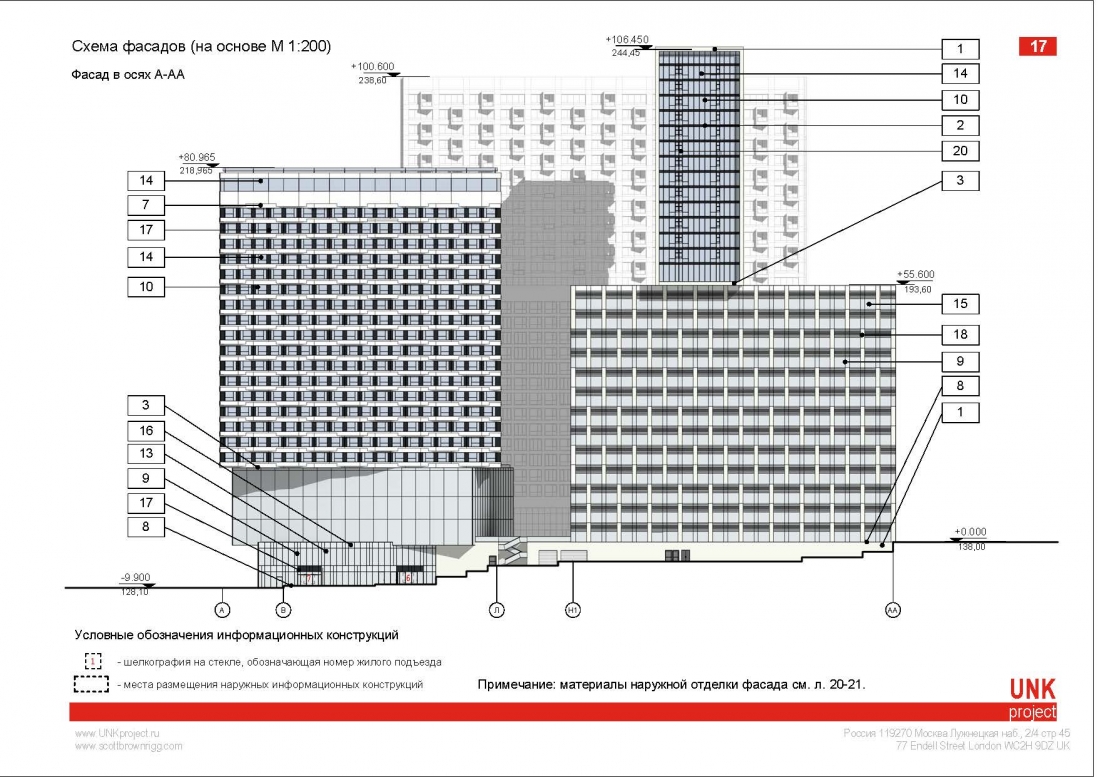 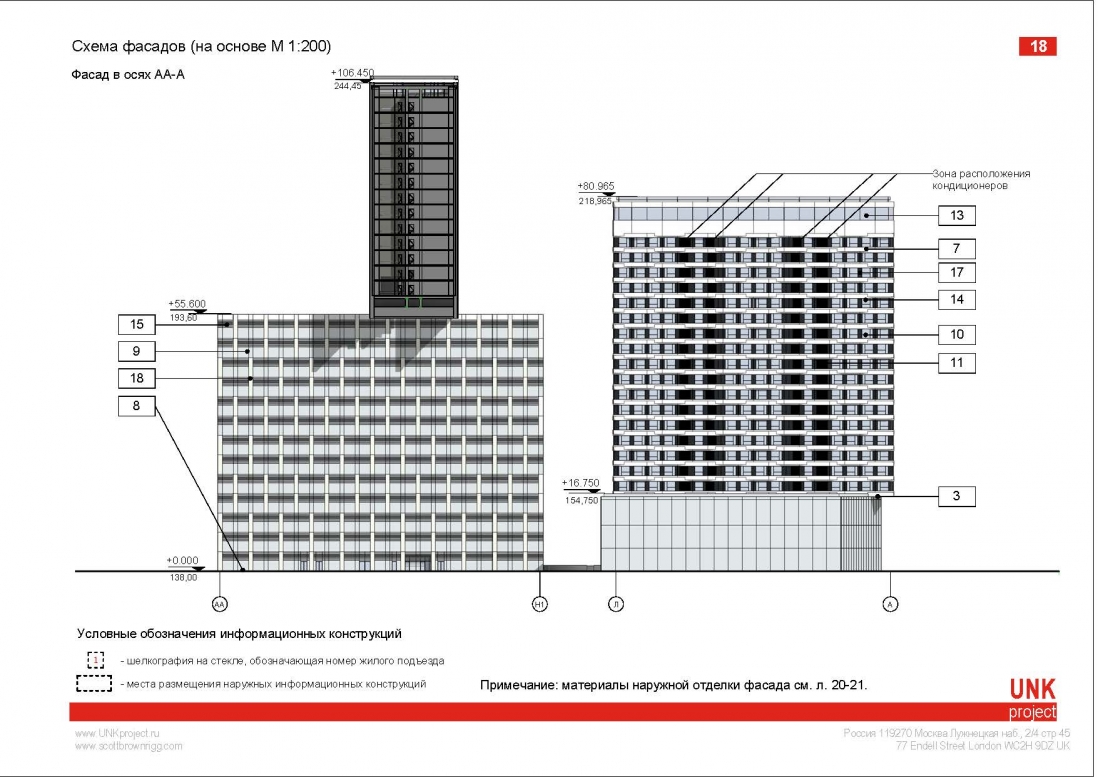 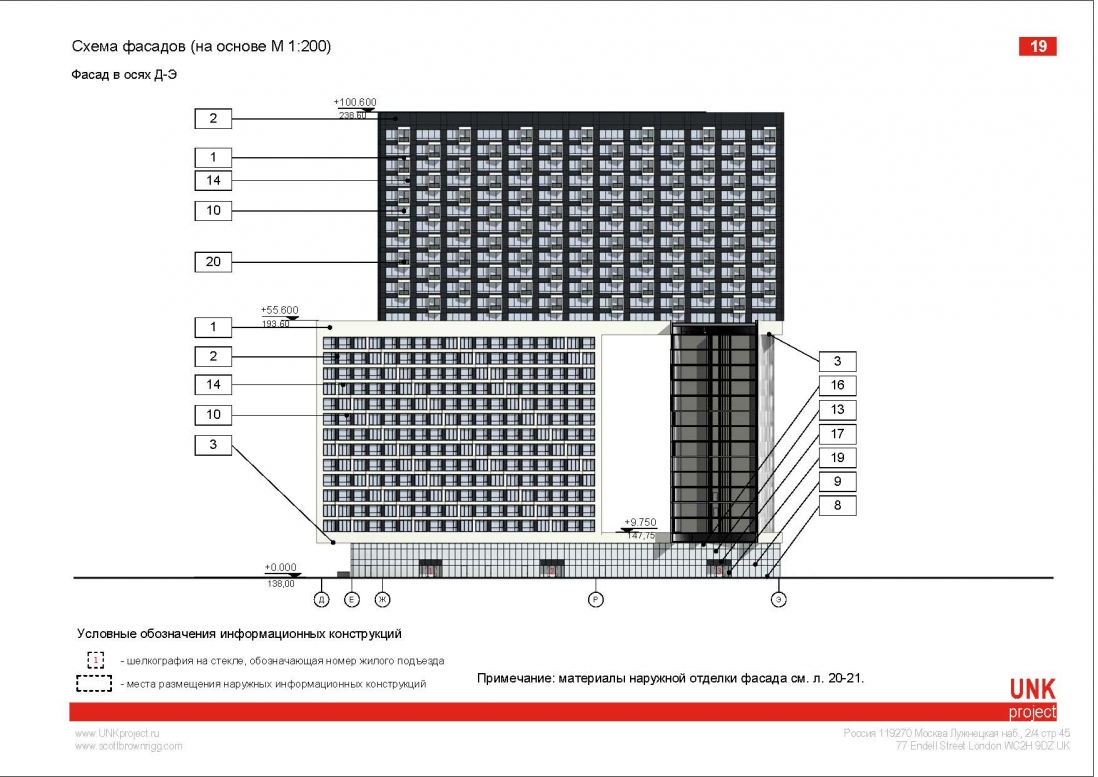 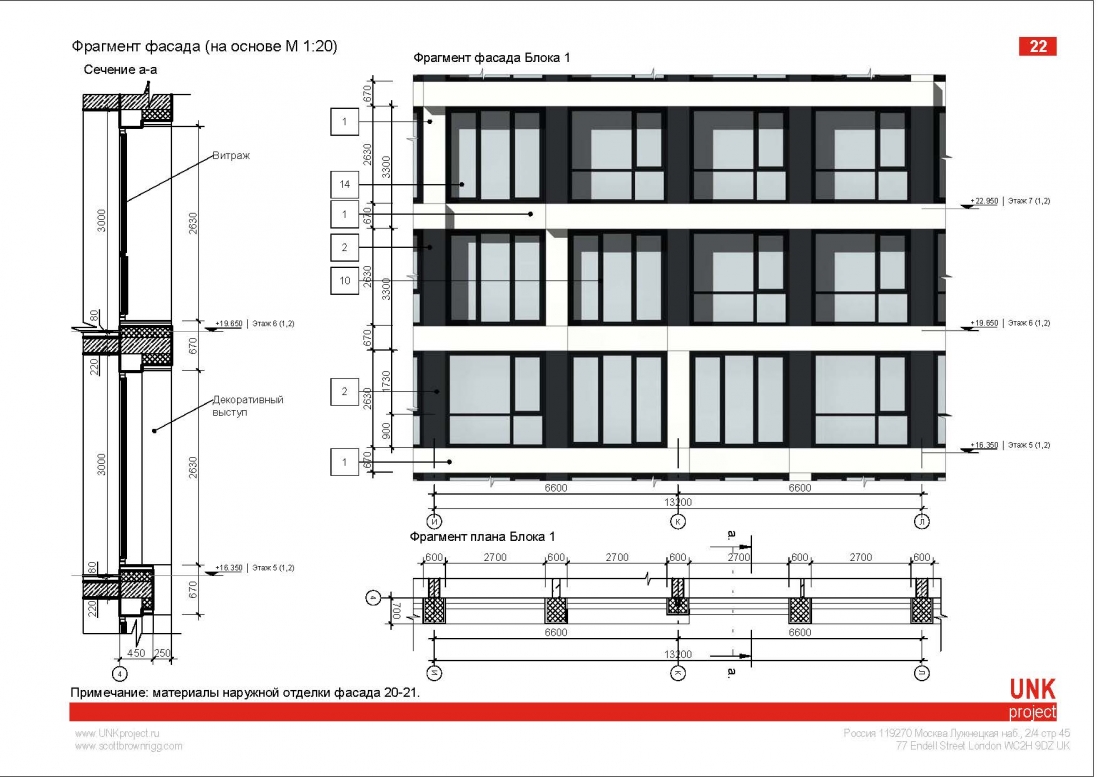 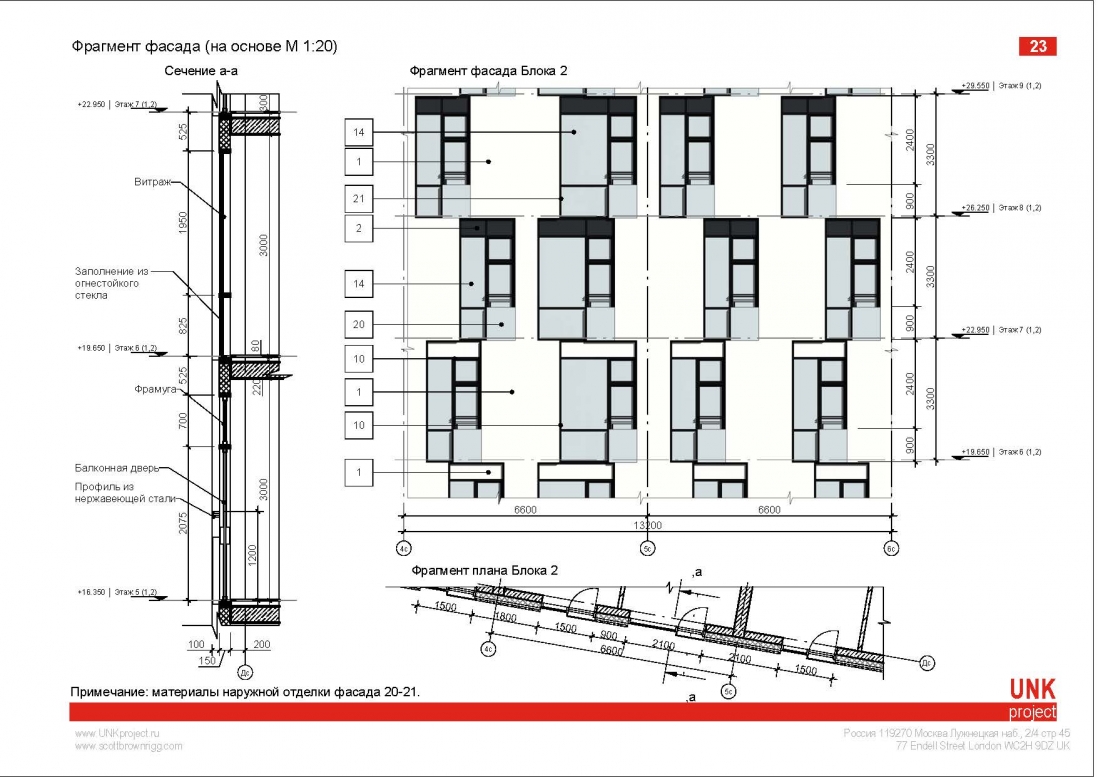 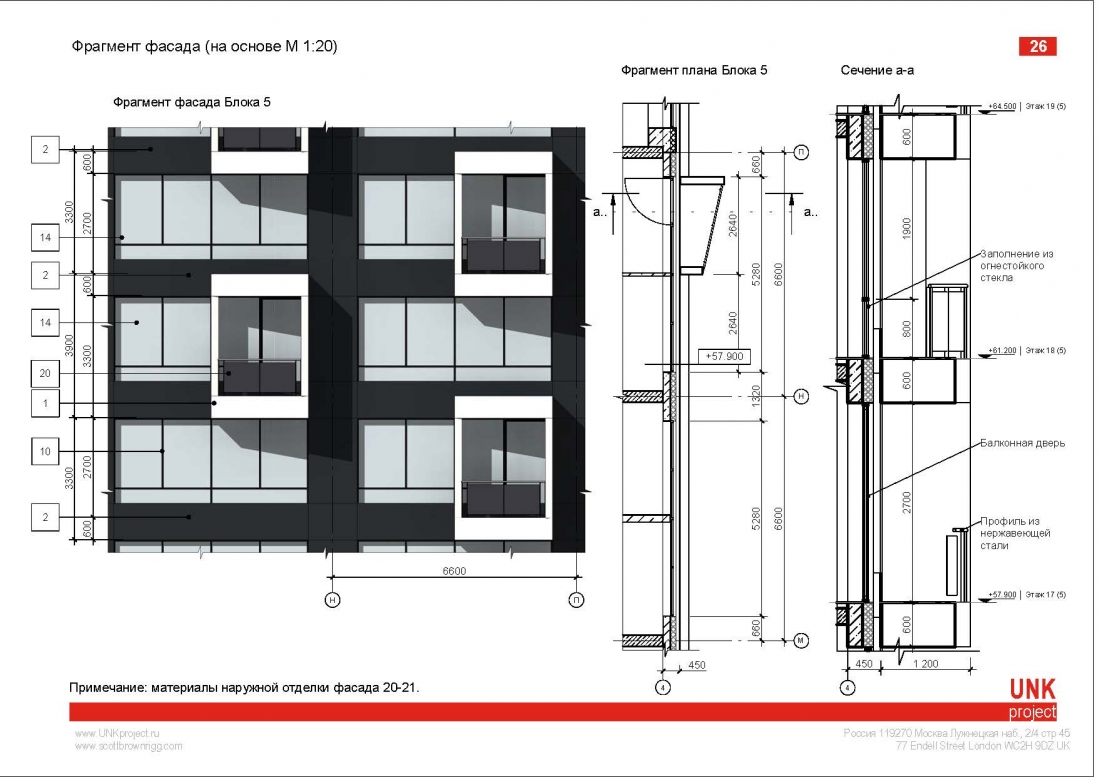 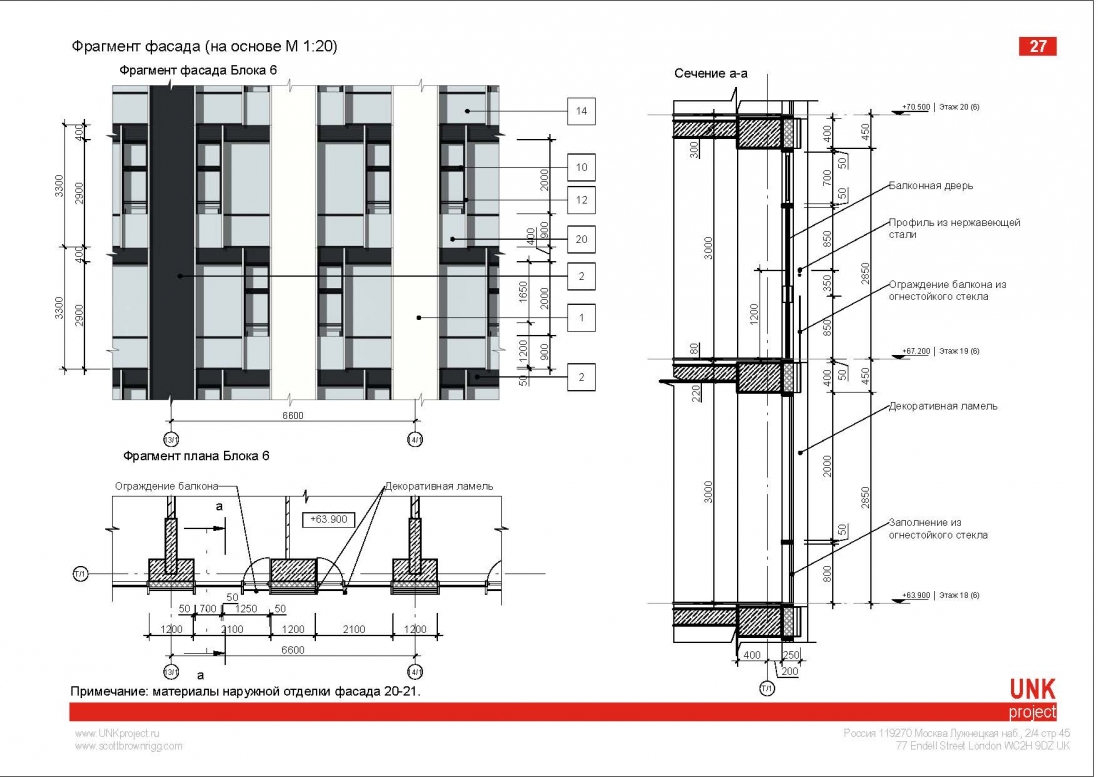 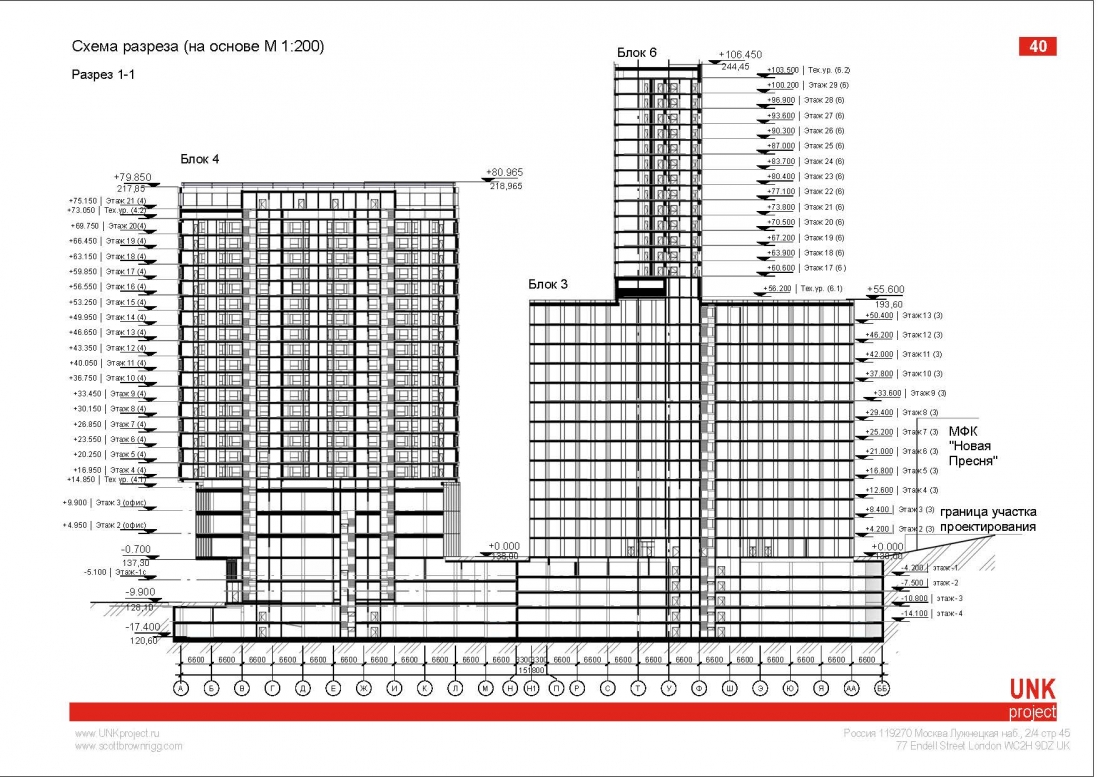 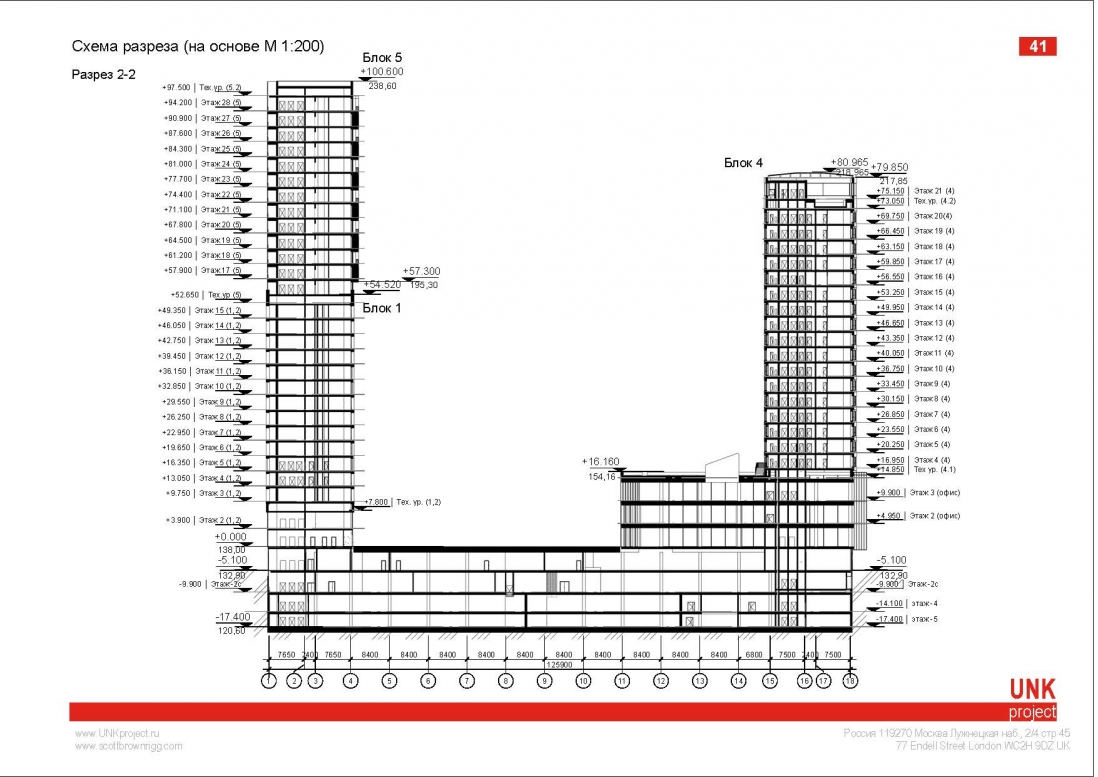 The multifunctional complex Kandinsky Bauhaus is planned to be located at: Moscow, North-Western Administrative District, Khoroshevo-Mnevniki, 8, Prichalniy Proyezd. The architectural solution of the complex was designed by UNK Project headed by the architect Yuliy Borisov. The commissioner is ZAO Inspire.

The total area of ​​the site is 2.5 hectares. The site is located about 2 km away from the Moscow International Business Centre «Moscow City», next to the residential complex «Serdtse Stolitsy», that is why the architects kept in mind the infrastructure connecting with the Moskva-River. Moreover, the site borders on industrial and residential buildings; a part of the territory is reserved for a planned overpass.

The project is based on the concept of a vertical city: it consists of 12-17-storey super-blocks spaced sporadically with a fairly rigid contour of the stylobate in order to make the complex a more picturesque structure. According to Yuliy Borisov, unlike the towerlike and block type of development, this site has super-blocks ensuring the most comfortable wind conditions and a protective screen from the nearby road overpass.

«Each block will have its own facade solution. In total, the complex will house up to 1.5 thousand people. On the first floors of the blocks, there will be offices, a shopping center, household facilities for the residents of the complex, two restaurants and a gym. On the roof of one of the blocks, there will be a community center and a swimming pool. In general, this project can be considered a transitional stage from the high buildings of the „Serdtse Stolitsy“ to a more dispersed one like the panel houses of the Khoroshevo-Mnevniki district,» said Sergey Kuznetsov.

It is planned to reconstruct the embankment adding a pedestrian zone to it and the retail function of the complex, with separate entrances to the sports complex and the large commercial center. The ground floors of the courtyard will house utility facilities: hobby clubs, studios, micro offices serving the complex itself. There will also be a parking lot for 1,227 cars.

The total area of Kandinsky Bauhaus is about 136 thousand square meters, 96.5 thousand square meters of which are housing. 85% of the apartments will overlook the Shelepikhinskaya Embankment. «About 20% of the projected area is reserved for greenery. The interior of the complex is organized on the principle of a ‘courtyard without cars’. The yard will also have two playgrounds,» — said Sergey Kuznetsov.

The absence of a school and a daycare in the infrastructure of the complex raised some doubts among the members of the Archcouncil. However, according to Yuliy Borisov, the future residents should not face this problem. «We are working strictly within the framework of the development plan. Although the project does not have a „social network“ for children, there is a school 30 meters away from the complex, the investor is providing money for its expansion. 300 meters away from the complex, there are also two kindergartens with incomplete attendance. In addition, in the courtyard part of the complex there are premises where commercial kindergartens might open,» said Mr. Borisov.