Acceptance of Applications for the Moscow Architectural Prize 2021 Has Started 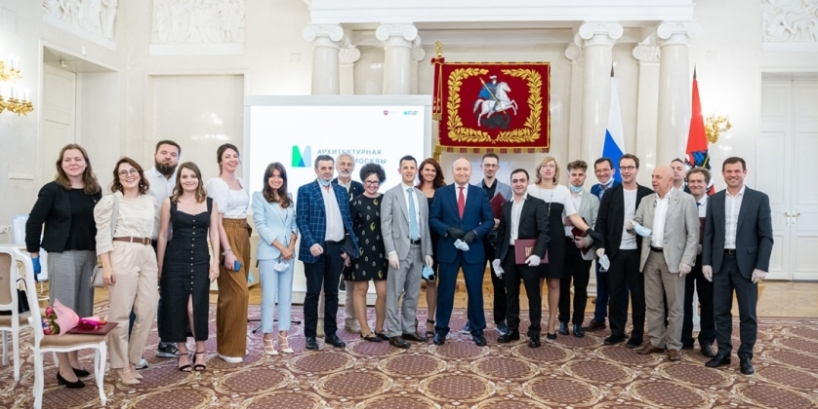 A new season of the Architectural Prize of the City of Moscow in the Field of Architecture and Urban Planning starts on December 1, 2020. According to Chief Architect of Moscow Sergey Kuznetsov, the acceptance of applications will last until February 15, 2021.

Any capital construction project that has received a certificate of approved architectural and urban planning decisions in 2020 can be submitted for the award. Architectural Prize of the City of Moscow in the Field of Architecture and Urban Planning is one of the largest professional awards, which is presented by the mayor of Moscow, and the prize fund is 5,000,000 rubles.

Winners are selected by an expert council, including members of the Archcouncil of Moscow, journalists, public figures and urbanists, in two stages: at the first stage, the jury members consider the entire volume of applications submitted for the award, forming a list of nominations and nominees for the current year, at the second stage, they choose the winners for the awarding ceremony which is timed to the Architect’s Day. Laureates receive up to 5 prizes in the amount of 1 million rubles each.

«Every year the award is an interesting challenge for us to select the best projects, and I encourage all members of the professional community, regardless of the size of the bureau, age, status and popularity, to apply. Among the nominees of past years, you will see a number of young companies and bureaus that applied for the award for the first time, which did not prevent the judges from including them in the candidates for the victory. If your project is worthy, it will be marked by the jury. It should also be mentioned that the nominations for the award are not static, they are formed depending on the projects submitted this year. This allows us not to leave objects significant for the city behind only because they do not fit into a rigid framework of the once established nominations. For example, last year we awarded the TPU project for the first time, noting at the city level the work of architects on one of the most important areas of Moscow’s development, which is the transport infrastructure,» noted Chief Architect of Moscow and the chairman of the jury of the award Sergey Kuznetsov.

Moscow Architectural Prize was established in 2017 with the support of Mayor of Moscow Sergey Sobyanin. The award is presented for the development of the most expressive, original, high-quality architectural and urban solutions of capital construction projects, the implementation of which meets the challenges of creating a comfortable urban environment and contributes to the future development of the construction industry in Moscow. Until 2017, Moskomarkhitektura celebrated the best projects of the year within the framework of the Prize of Archcouncil of Moscow for five years.