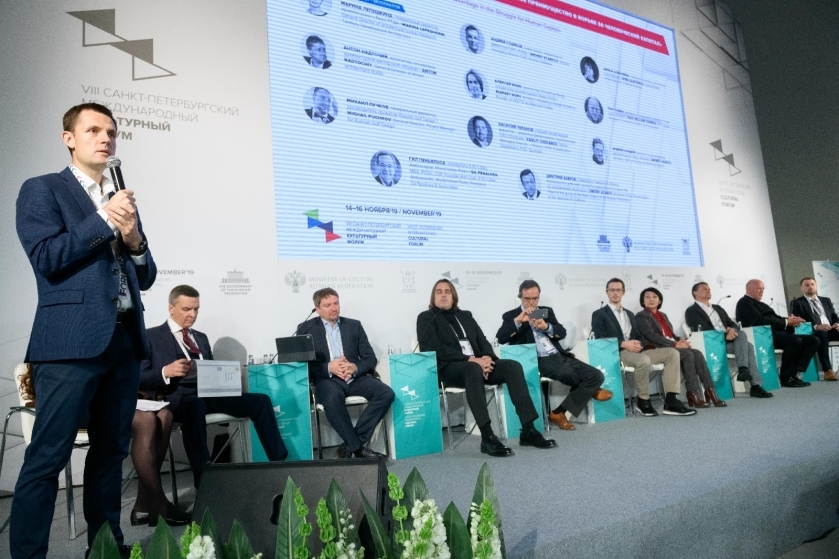 Four sessions of Creative Environment and Urbanism Section of the program, which took place on November 14-16 as part of the 8th St. Petersburg International Cultural Forum, can be watched online.

We’d like to remind you that this year the theme of the section was the development of regional cities, their prospects in the implementation of infrastructure, event, urban and cultural projects to preserve and increase human capital. The outflow of the population to the capital is an urgent problem for many countries of the world and Russia is no exception, especially considering the size of its territory. Meanwhile, experts noted that regional cities have great potential; the only thing needed is the right approach to its putting into practice. Specific projects implemented and under implementation in various cities and regions of the country were presented at the forum. In addition, the speakers discussed the shortage of specialists for the implementation of such projects, and their training programs.

Why is the village not the same notion as agriculture? What are the similarities between San Gimignano and Suzdal? Why start a project from a party and how to forget about GDP and remember poetry – if you want to know the answers, see the video recordings of the sessions:

Innovative Infrastructure as Competitive Advantage in the Struggle for Human Capital

Description:Analogous problems are often encountered by cities that compete for highly qualified staff: what can be done to keep young people in the city? What can be done to make sure that sport and cultural life in the city is busy enough to entice them to stay? Work in this area is being done in various directions, from construction of new roads, airports and railway terminals to modernizing community clubs, building multifunctional marks, and renovating residential areas.

Description:Today relatively small towns and districts have found ways to experiment with various new economy models and achieve quick results. Cultural and educational projects serve as drivers for development of these towns as they help attract investments, tourists, and qualified talent. How can one school drastically change life in the city? Can street art influence street crime levels? What are the ways in which the modern urban environment can become more attractive to new generation tourists? What are the “panem et circenses” that residents of megalopolises can travel for to heartland towns? These are the questions that the participants of this session will seek to answer.

Description: According to a recent Deloitte study, the new generation of millennial city breakers consider travelling a much more important value than starting a family or buying a home. What material and immaterial aspects of the urban environment and culture are especially attractive for today’s tourists? In what ways must the cultural landscape of our cities and communities adapt to their requirements? What requirements must city services correspond to? What impressions must tourist routes provide?

Professional Education at the Local Level: an Interdisciplinary Approach

Description: As urban development has become one of top national priorities, the shortage of qualified human resources has become especially more pronounced at the local level; these people are badly needed to approach the problem systemically, and not only develop new projects but preserve the valuable assets of the past. Concurrently, we observe a crisis in the education of architects in Russia: these academic programs do not provide the graduates with the necessary skills and competencies that are required to solve the problems cities face. What is the role of contemporary architects (chief architects among them) in urban development projects? What knowledge and skills do they lack? What must be changed in the approach to their education? At the same time, the participants will debate the issue of inviting foreign stars to separate projects and whether this policy is effective at the regional level, or new systems for interaction with the professional community of architects and customers must be created to educate the necessary talent locally. If yes, then how should these mechanisms function? These are the topics that the speakers at this session will discuss.

You will also be able to see video lecture “Politics, Economics and (experimental) Architecture”, by Eva Franch i Gilabert, which she gave at the Forum.

Creative Environment and Urbanism Section is a multidisciplinary platform where experts from various professions and fields of knowledge, recognized Russian and foreign authorities, such as architects, urbanists, cultural and art workers, representatives of business and government discuss issues of urban construction, architecture and the future of cities. The section makes part of the Cultural Forum, which is headed, for the fourth year in a row, by Chief Architect of Moscow Sergei Kuznetsov.

St. Petersburg International Cultural Forum is a recognized world-class cultural event annually attracting thousands of experts in culture from all over the world; they are theater, opera and ballet stars, prominent directors and musicians, public figures, government and business representatives, and the academic community. Organizers of the Forum are Government of the Russian Federation, Ministry of Culture of the Russian Federation, Government of St. Petersburg.