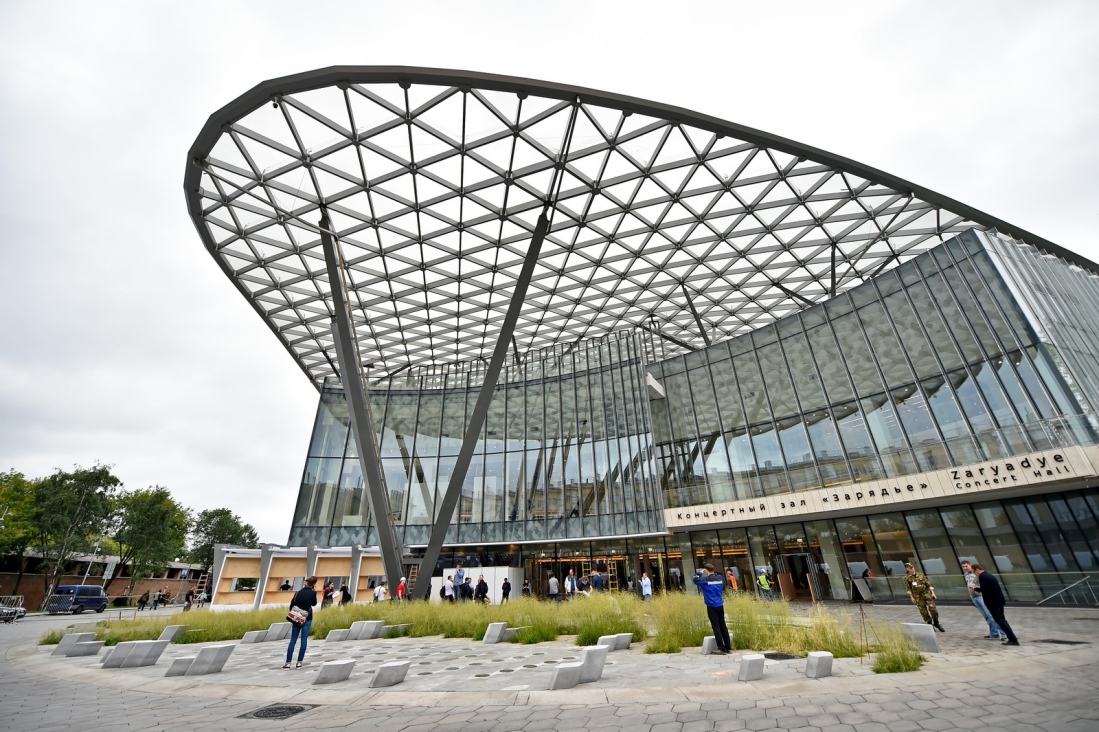 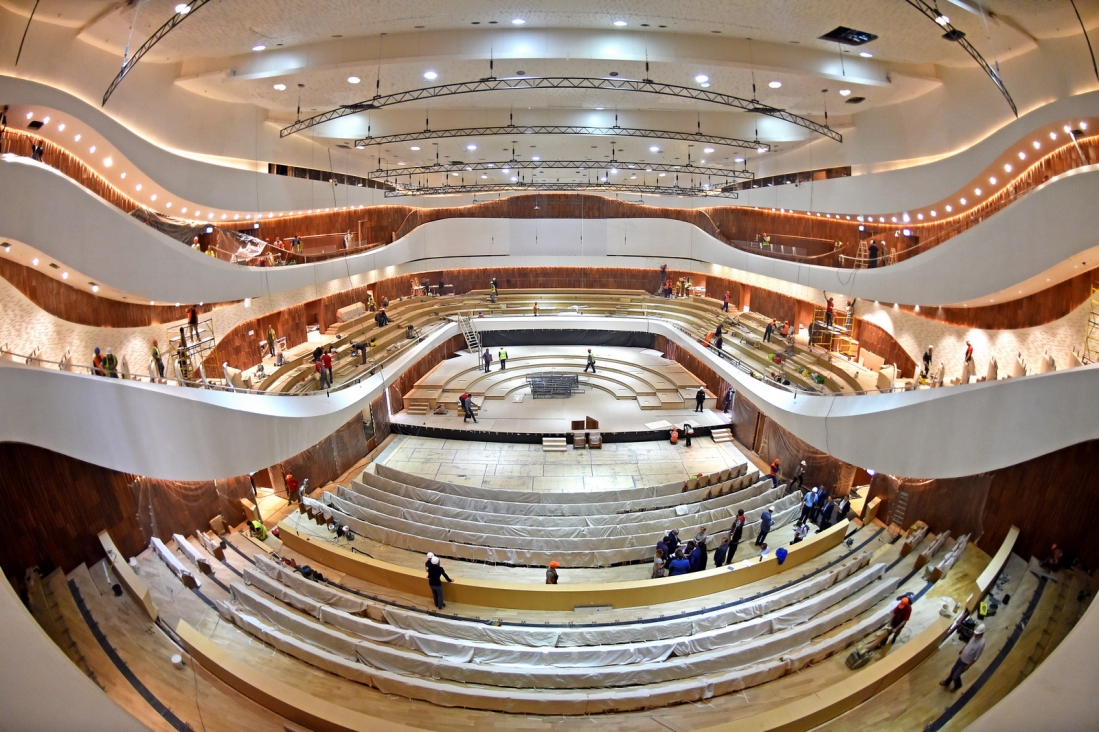 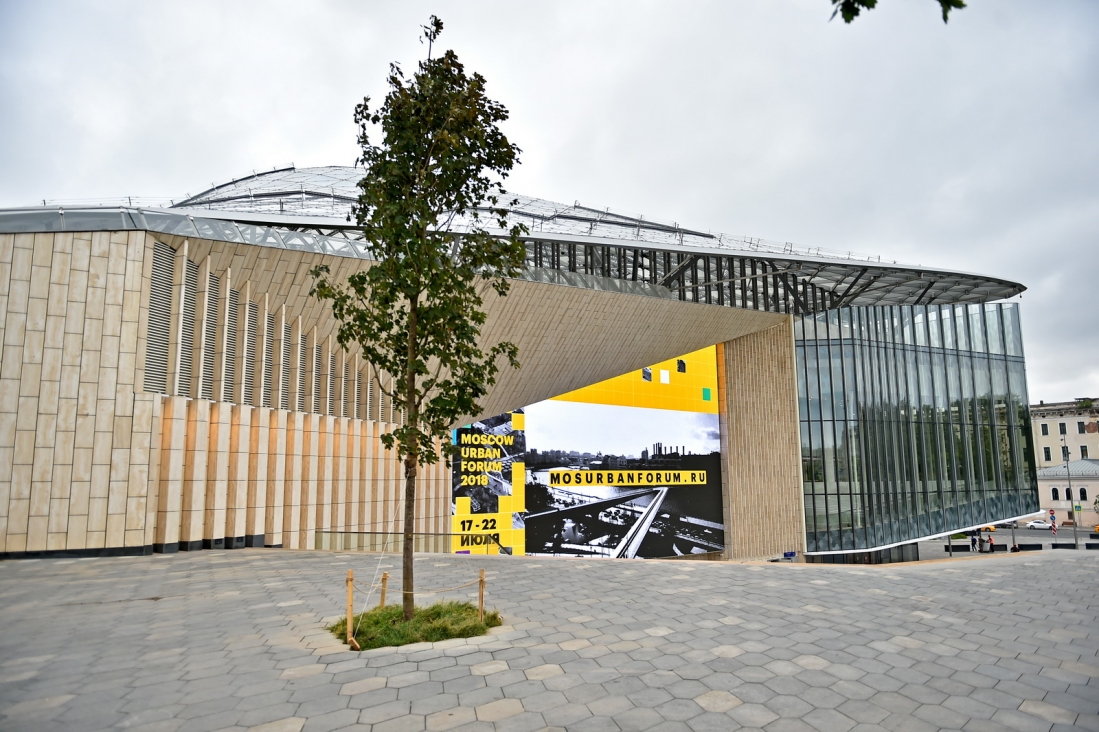 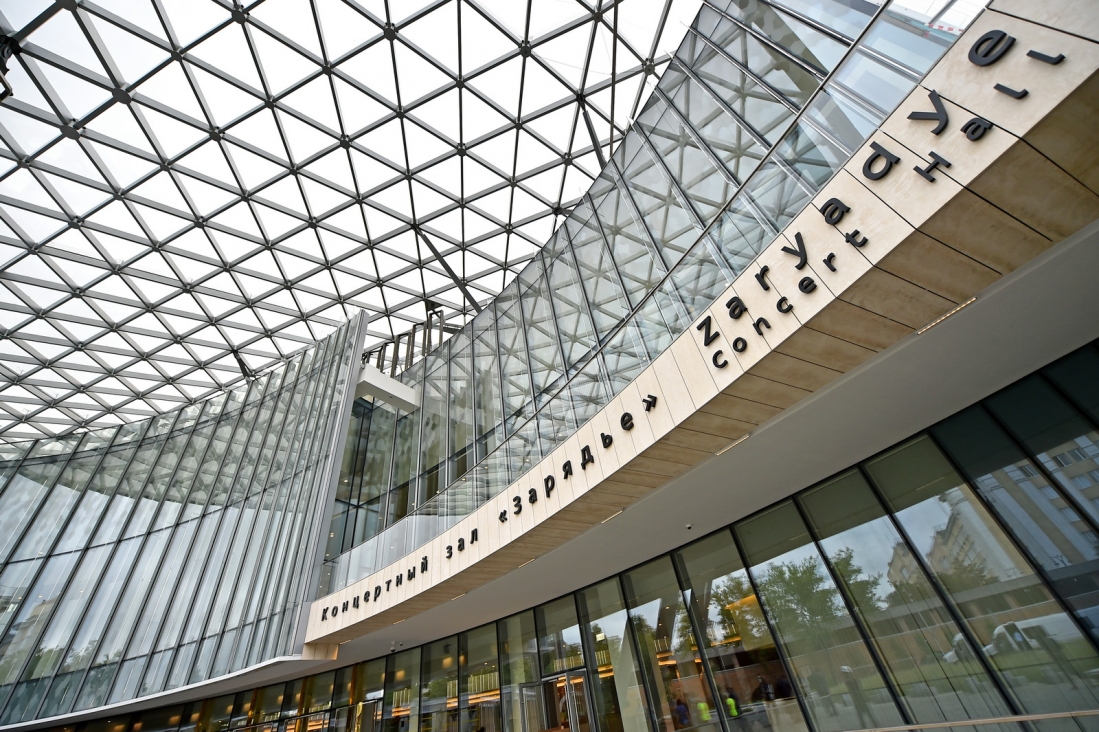 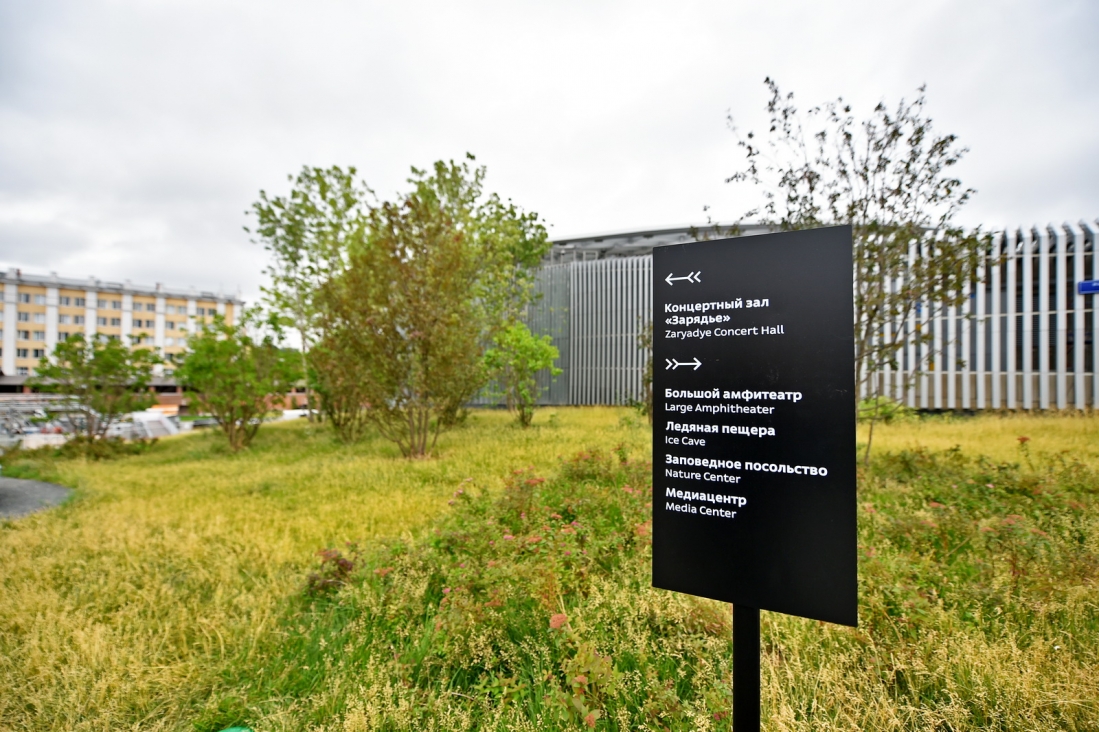 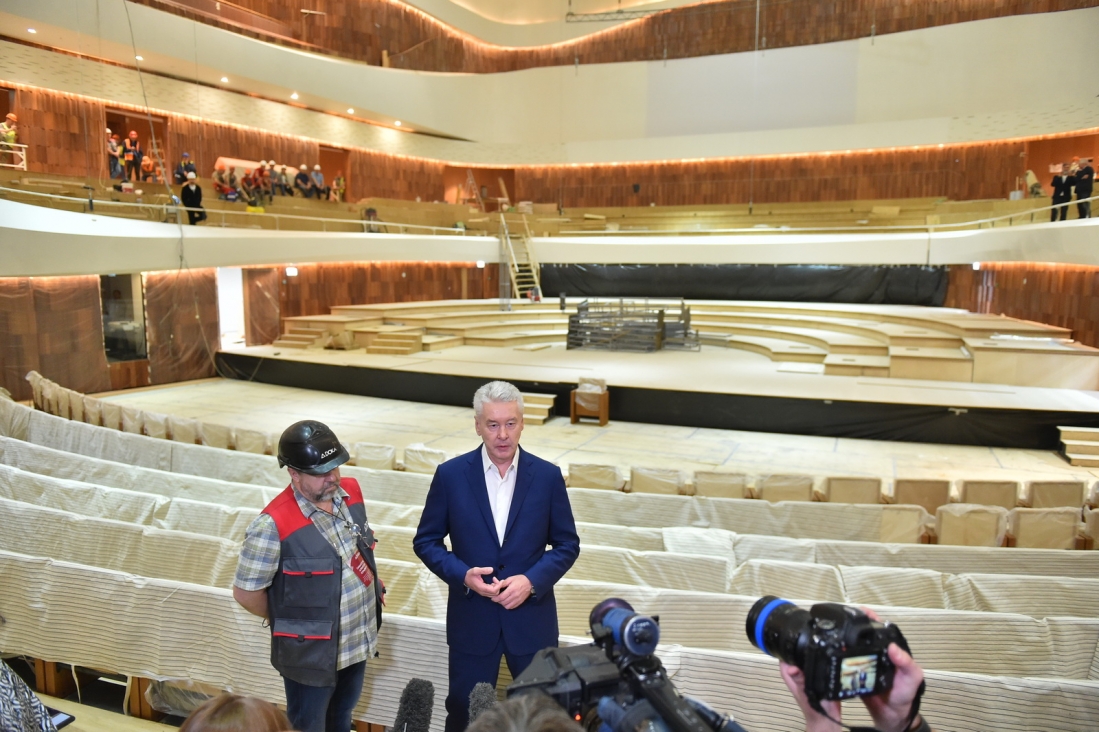 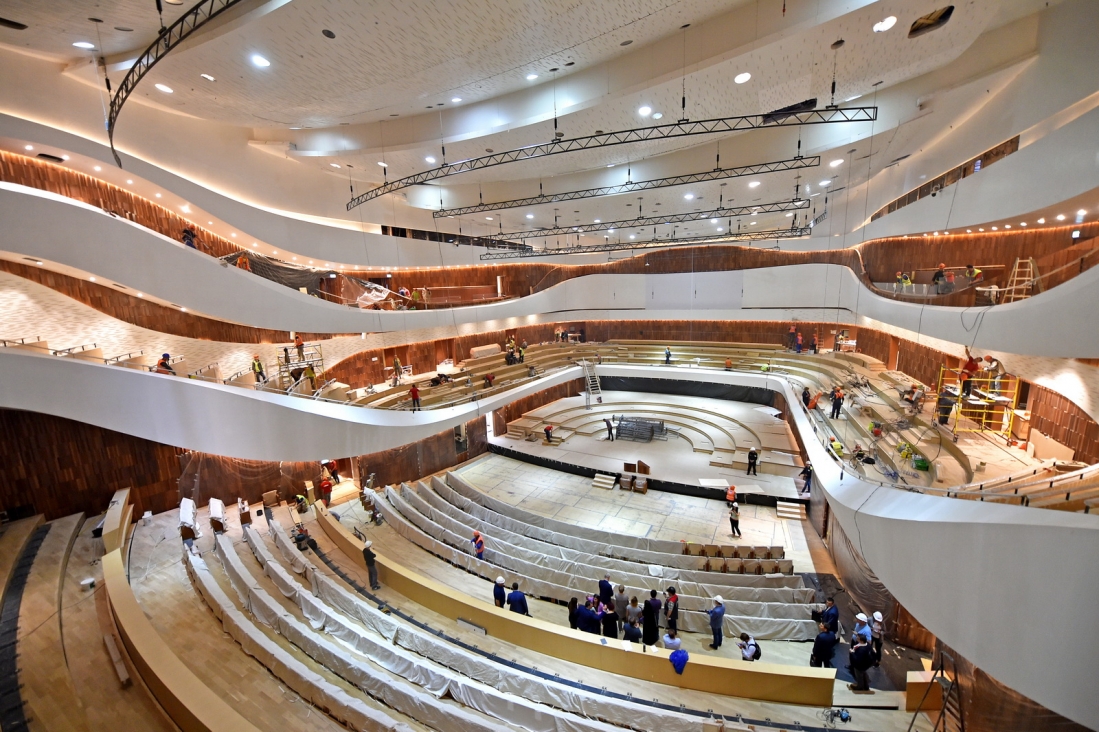 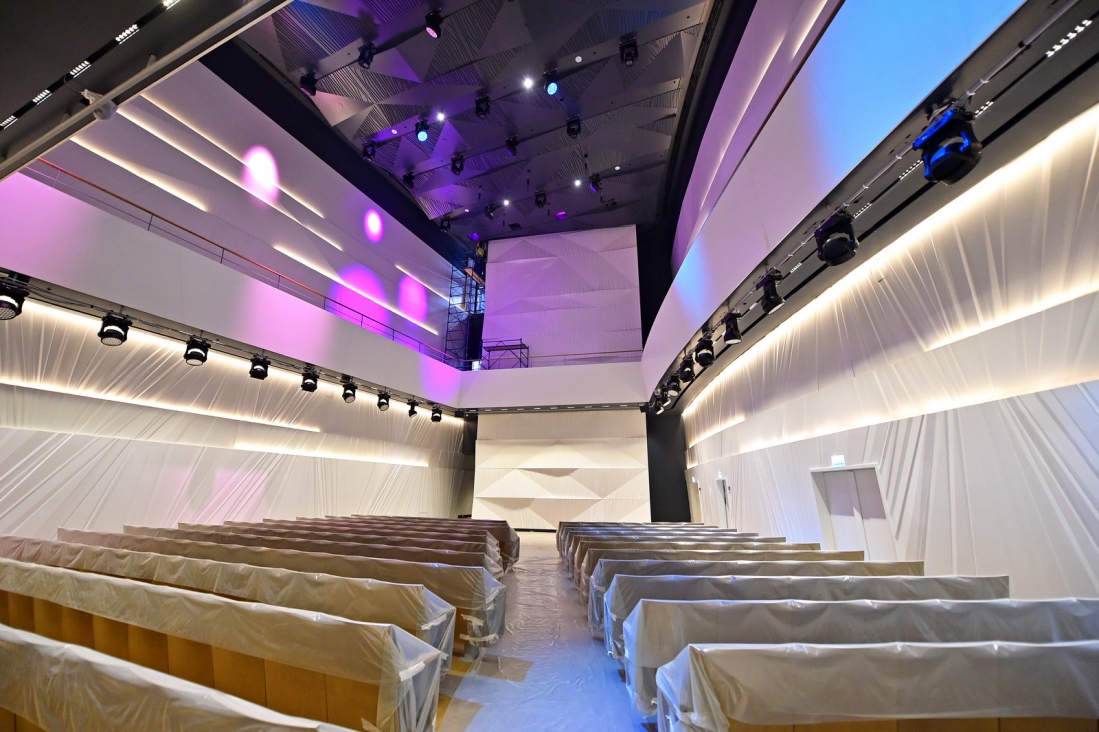 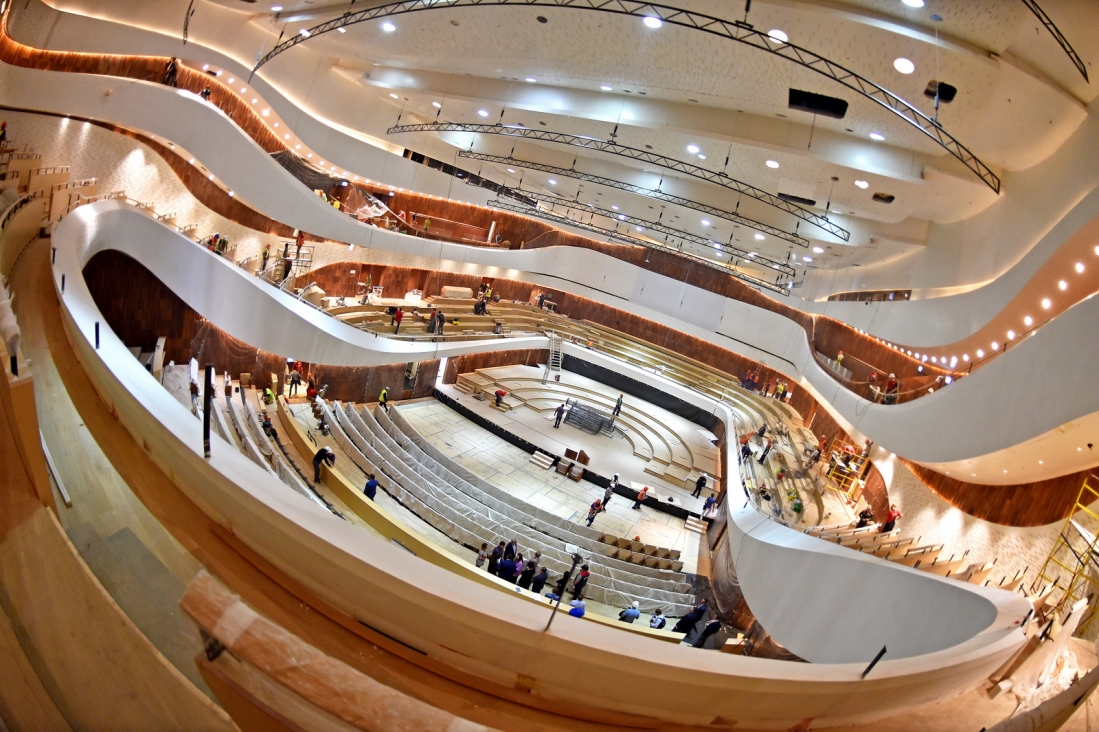 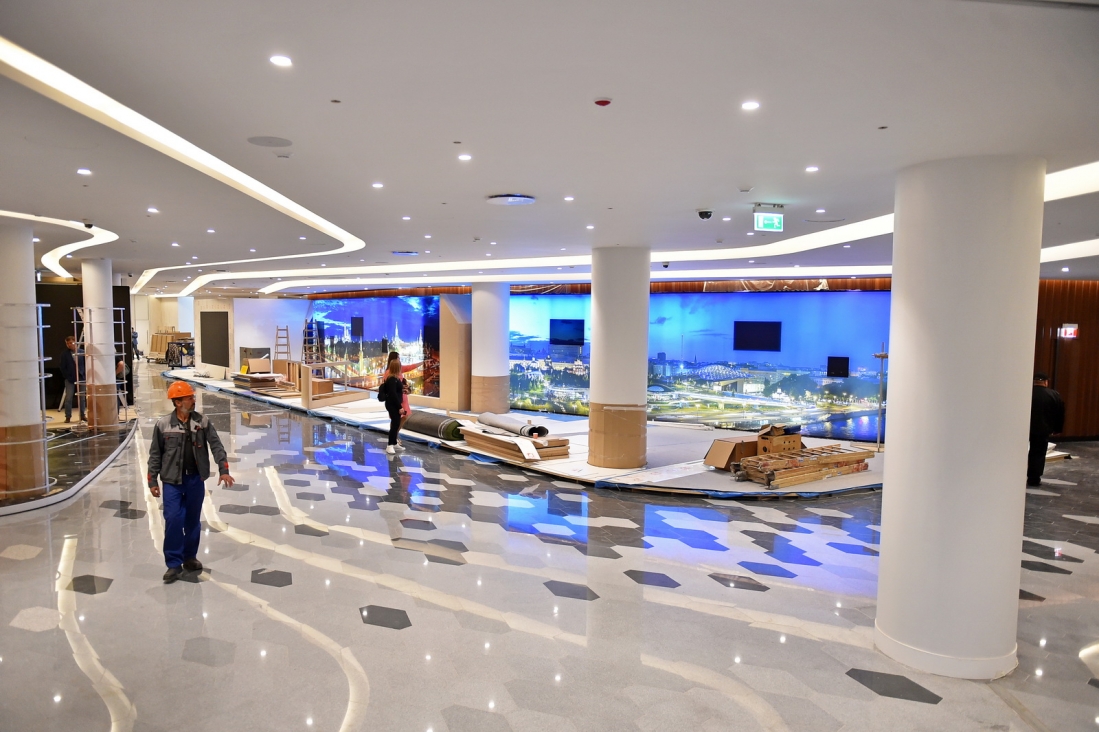 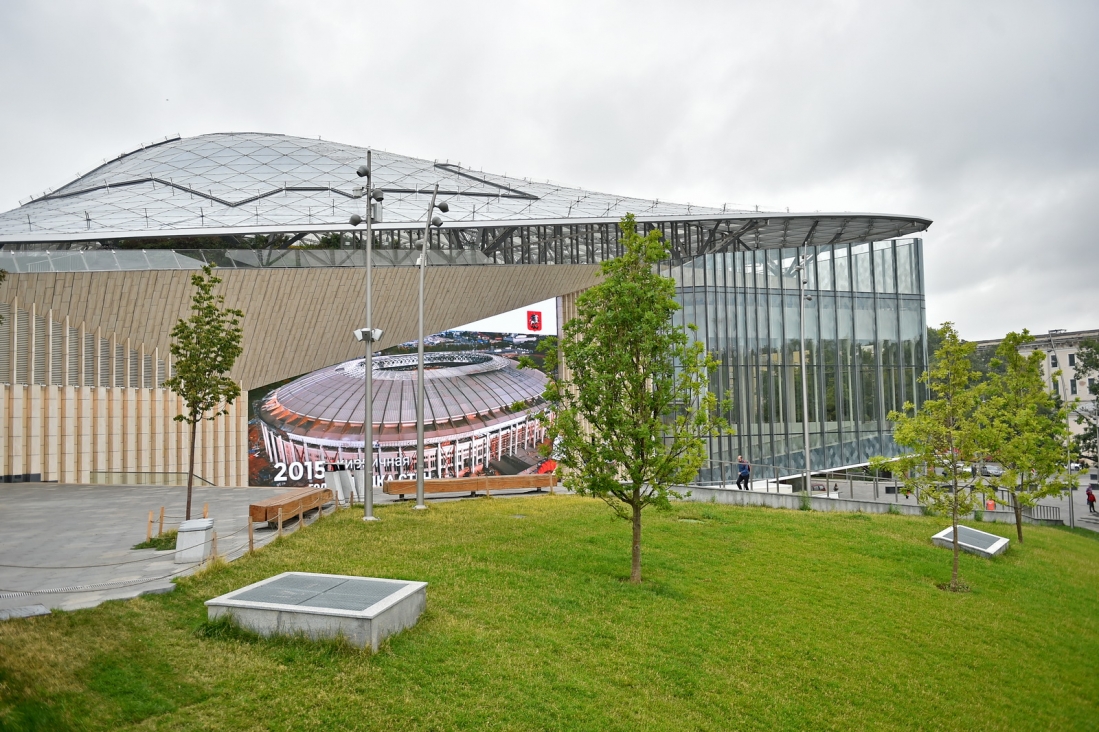 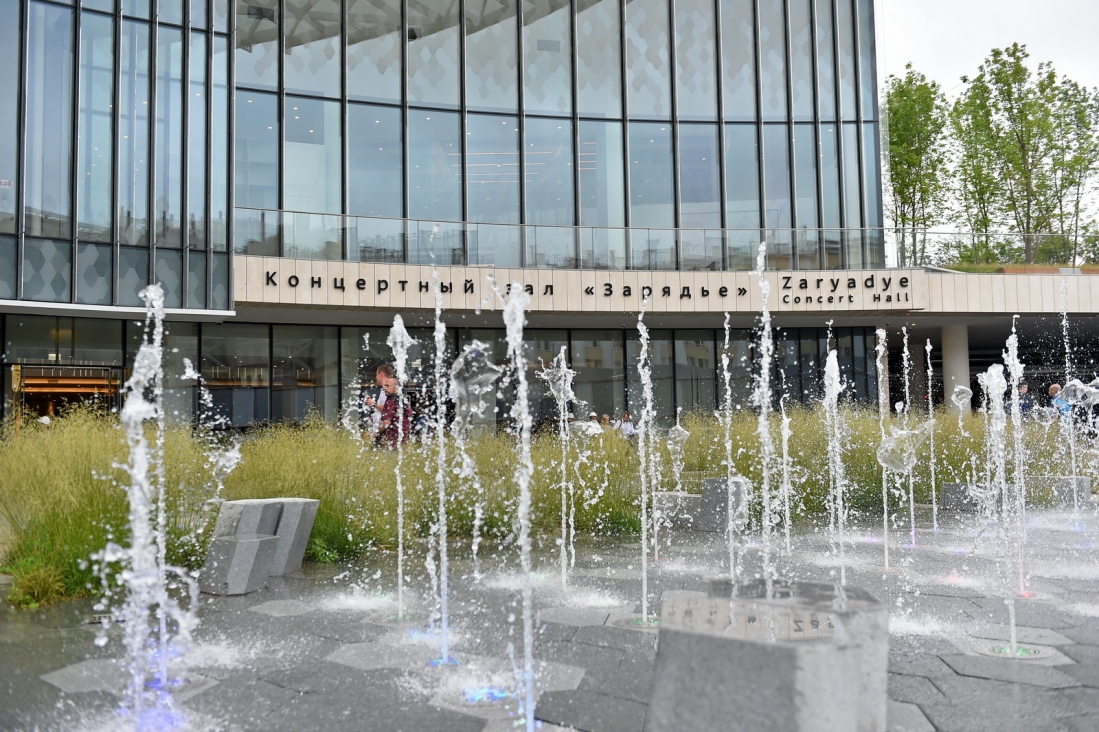 The task of implementing the project of the Moscow Concert Hall in Zaryadye Park was no less ambitious than the creation of a landscape park near the Kremlin walls. A 25.6 thousand-square-meter high-tech multifunctional complex with two halls was designed and built in just three years.

The Moscow concert hall Zaryadye (MKH Zaryadye) with two stages, two open amphitheaters and a fully usable roof with plants and trees is under the glass crust. The impressive building is smoothly integrated into the landscape of the park. Due to the difference in the terrain one part of it is “built into” the hill, and the open part from the side of Kitaygorodsky proyezd is fully-made of glass.

The big hall of the MKH Zaryadye has the capacity of 1600 spectators, has a scalable parterre, an orchestra pit and a stage. Russia has no similar facilities in terms of automation, integrated cutting-edge engineering solutions and technologies that allow hosting both classical music concerts and any kind of events: from theater productions to international conferences and shows. The parterre is equipped with a QSX (quick seating exchange) system. It was designed specifically for Zaryadye. The rows of seats behind the stage consist of elevator platforms with a sound chamber and a curved telescopic bleacher. It only takes 40 minutes to completely transform the hall from the amphitheater into a single one-level space.

The acoustics of the concert hall was created with the participation of the world’s best sound experts: Nagata Acoustics under the leadership of the president Yasuhisa Toyota, who’s professional record includes the sound design of the Walt Disney Concert Hall in Los Angeles and the Richard Fisher Arts Center in New York. Acoustic tests conducted in a specially created model of the Large Hall in 1:10 scale, helped the architects and designers decide on the geometry of the hall and special materials in the decoration.

The flooring of the stage is made of a special kind of cedar that will provide high-quality acoustics and the necessary reverberation (the process of gradual decrease in the intensity of sound upon its repeated reflection). The floor is covered with oak parquet planks. The spectator foyer has panoramic facade windows, walls with decorative wooden panels, a natural granite floor, and a ceiling with 2D panels of artificial stone with built-in lighting fixtures.

The grand opening will take place on September 8, 2018, the Anniversary of Moscow, however next week the concert hall will already host its first event, the Moscow Urban Forum.

On September 8, the stars of the world opera will take part in the opening concert: Anna Netrebko, Yusif Eyvazov, Ildar Abdrazakov, Albina Shagimuratova, and Juan Diego Florez accompanied by the Mariinsky Theater Orchestra. The concert program will feature famouse pieces of international and Russian classical music. Attendance of the event will be by invitation cards. The concert will also be broadcasted online.