The Population of Moscow is Growing, and Renovation is the Solution for These Challenges 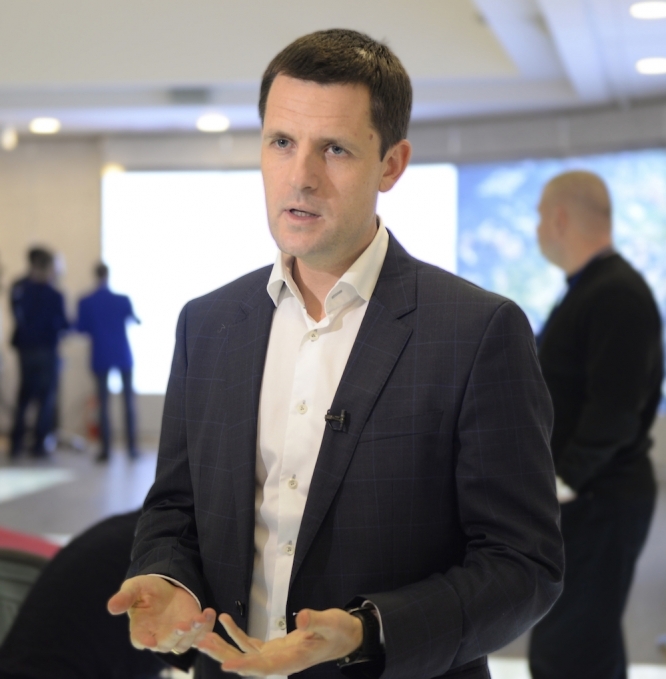 MIPIM-2018 exhibition had its focus on major urban projects and it is logical that the renovation of residential areas in Moscow has become one of the key topics of the business program of the Russian delegation.

Anticipating the completion of the architectural contest for the five experimental sites of the program, the Moscow Committee for Architecture and Urban Planning held a roundtable discussion The Global Turn: Renovation of Residential Housing in Moscow at MIPIM featuring the chief architect of Moscow, Sergey Kuznetsov and representatives of the participating teams.

According to Sergey Kuznetsov, in the next 10-20 years, Moscow is expected to inevitably grow in population: it’s a global trend because people prefer to live in cities, and hence the Russian capital will have to find resources for comfortable accommodation of the growing population, to avoid social tensions, to create effective mechanisms for a quality functioning of the city in the long run.

The city is preparing for these challenges by expanding the transportation system, creating new recreational areas, however the most important part of our job is an obsolete housing in Moscow, which, like in other cities of Russia, is up to 90% made of 5-storey buildings from the 50-60-ies. Not only the buildings themselves got obsolete but also the layout of the districts: a contemporary city needs pedestrian streets, a wider choice of social and commercial infrastructure facilities, and private areas of closed yards. To create a fundamentally new town planning and design solutions that will allow Moscow to modernize the sleeping areas in the next few decades, and an architectural competition started on 5 experimental renovation sites. As well as the program itself, the competition became a field for testing new tools for architects: for the first time on such large-scale sites contestants conducted a comprehensive analysis of the whole system of factors of life in the neighborhoods, including economic and social areas, as well as public discussions with residents of the districts.

We are satisfied with the results of the contestants, and I am sure that not only the projects themselves, but the ideas and experience gained in their development will create a better environment,” said Sergey Kuznetsov in his speech to MIPIM. “We held meetings of architects with residents of the neighborhoods, a lot of people came, and I want to say that it was a different kind of hearings, probably because it was a step when something can be changed, and most importantly, we could explain to people why these decisions were taken. These discussions proved to be a very correct and productive format of work.”

Yulia Zubarik, the head of Master’s Plan, a member of the contestant on the site on Vernadsky Prospect, said that during the dialogue with the residents the project was updated. There were not enough medical facilities in the neighborhood, and one of the sites was allocated for a clinic. In addition, the residents wanted to have a cluster where you can do music and dance, because the social infrastructure of the area is outdated, and as a result, the design studio provided a whole complex of buildings for these needs.

The general director of the architectural company BRT RUS Marina Lepeshkina also said that a lot of work on the survey of residents of the renovation areas was undertaken by the contestants on their own initiative. As for the regulatory part of the projects, their compliance with the standards was ensured. Whenever the contestants decide to deviate from the figures stipulated by the rules, they have to provide a reason, and the decision remains at the discretion of the jury.

Renovation is a unique scale of program, but in general, the adaptation of urban areas to the present-day requirements of modernity is going on around the world, including in many European countries. Therefore, Russian architects can use the experience of foreign colleagues already gained, adapting it to Russian conditions. "Yesterday we looked at our territory with colleagues from Berlin, where a density of 40 thousand per hectare is reached using 7-storey buildings. This is surprising, because within 20 years this area has turned into one of the most popular only due to urban renovation,” says Sergey Tchoban, managing partner of the architectural bureau SPEECH – So even a space with a higher density if well-arranged and made user-friendly, allows you to create not smaller, but greater comfort in mixed neighborhoods, where people not only live, but also work. Therefore, I believe that what is being done today in Moscow should be widely appreciated.

Renovation affects not only the quality of life of citizens, but also directly affects the real estate market, which is wary of the program today, not knowing how the introduction of a huge amount of new square meters will affect the housing prices and the economy of future projects. According to Tatyana Sharova, head of the department of project consulting and investments at BEST-Novostroy, a consultant for two experimental sites, in the coming years the renovation will only strengthen the positions of developers whose properties are built near the program areas and those of residents not included in the program, but located next to the renovation zones, as the quality of new areas, their infrastructure and improvement will be better, and this will positively influence property prices. In addition, the implementation of the program will take more than a year, and the resettlement will be primarily focused on residents of demolished 5-storey buildings, so the commercial implementation of the renovation will not begin until 2025.