Sergey Kuznetsov opened the Russian Pavilion at the Venice Biennale 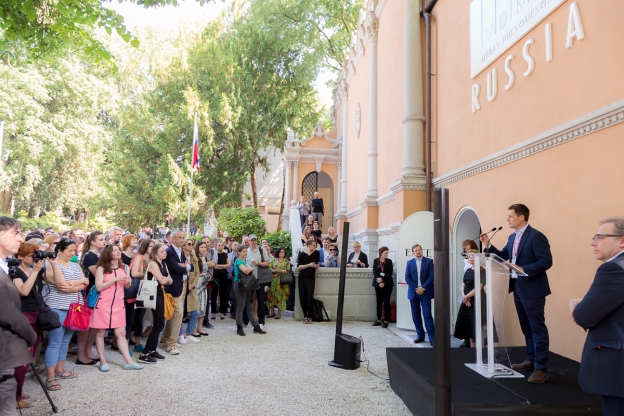 At the XV International Architecture Biennale in Venice Russia presents its V.D.N.H. URBAN PHENOMENON Project. Today the project presentation and opening of the Pavilion were held with the participation of the Curator — the Chief Architect of Moscow Sergey Kuznetsov, Co-Curator, Director of VDNH Ekaterina Pronicheva, and Pavilion’s Commissioner, Rector of I. Repin St. Petersburg State Academy Institute Semyon Mikhailovsky.

After the territory of VDNH was taken over by the Moscow City Government in 2014, it is being actively transformed into a public multi-format cultural and educational space of equal opportunities. VDNH development is like ‘frontline struggle’ for the audience which is led with the help of urban planning, architectural and educational means. That is why the unique complex was chosen to present the theme «Reporting from the Front» designated by the Curator of the Biennale, Chilean Architect Alejandro Aravena.

‘Nowadays, when the challenges that are connected with formed territories are coming to the forefront for the architects all over the world, VDNH experience seems particularly important. With the support of Moscow Mayor Sergei Sobyanin, the unique park complex is preserved, but it is not kept under a glass cover like a museum object, it serves as a global motherboard for functional reprogramming. By presenting this process at the Biennale we want to draw the public attention to it and raise the question not only about the future of the complex, but also about the challenges of architectural profession in the XXI century,’ said the Curator of the Exhibition, the Chief Architect of Moscow Sergey Kuznetsov. 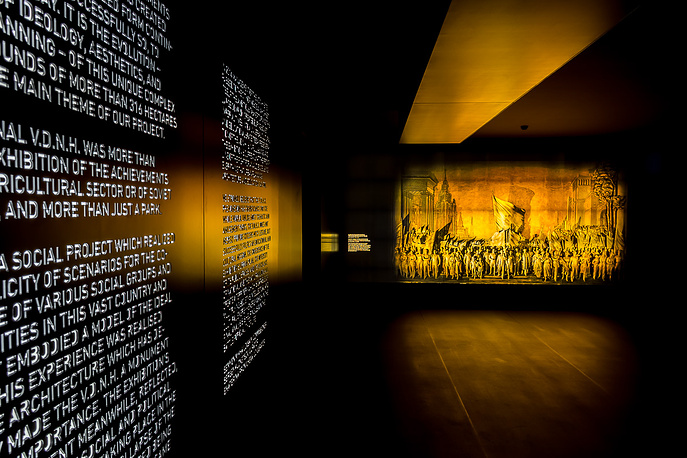 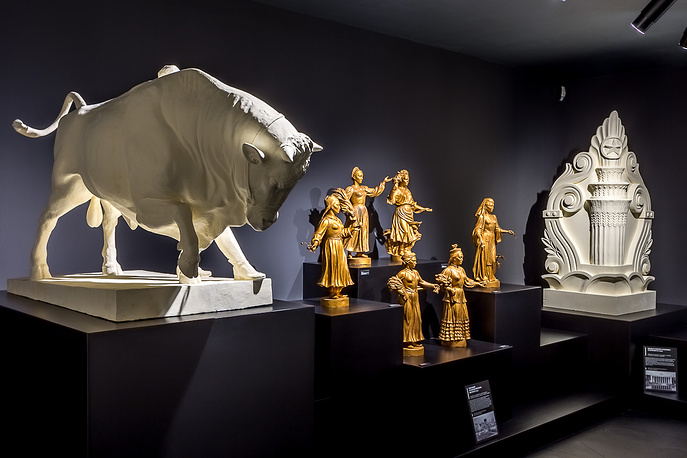 V.D.N.H. URBAN PHENOMENON Exposition is located on two levels. The Crypt — the central hall of the lower level of the Pavilion — contains artifacts of the Soviet era, recreated by a group of young sculptors. At the top level there is a video installation, which plunges visitors into the atmosphere of modern VDNH, Researcher’s Study and Laboratory, where the possible strategies for VDNH development are worked out in cooperation with architects, students and visitors of the exhibition. In the Pavilion you can also see the media panel depicting the high-relief «Glory to Soviet people — Peace banner bearers!» by Yevgeny Vuchetich, a copy of Worker and Kolkhoz Woman sculpture, the unique archival design drawings for VDNH’s key objects, including the earliest versions of the Kosmos Pavilion project, the layout of VDNH’s territory performed in the form of a motherboard and many other things.

During the preview (26-27.05) and Biennale opening (28-29.05), the Russian Pavilion presents its own cultural program, developed in cooperation with RDI.Creative. The visitors to the Russian Pavilion are invited to attend free daily excursions around two main sites of Biennale di Venezia — Giardini (the main curatorial project and national pavilions) and Arsenale (the continuation of the main project and the Italian Pavilion). The guided tours will be conducted by professional guides every 30 minutes. The Program also includes a series of special tours which will be held by well-known artists, architects and art experts. 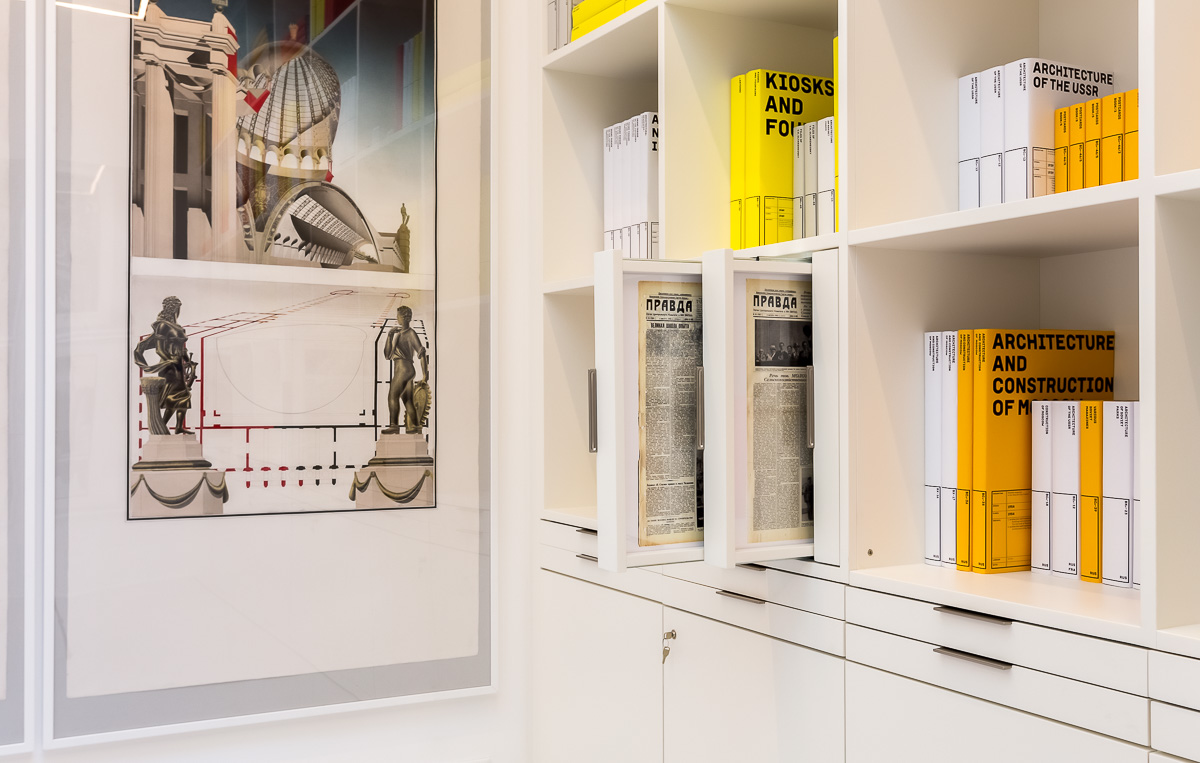 Organized by: the Ministry of Culture of the RF with the support of the Government of Moscow

Educational Program organized by: the Graduate School of Urbanism at NRU HSE and the Institute for Advanced Architecture of Catalonia (IAAC).