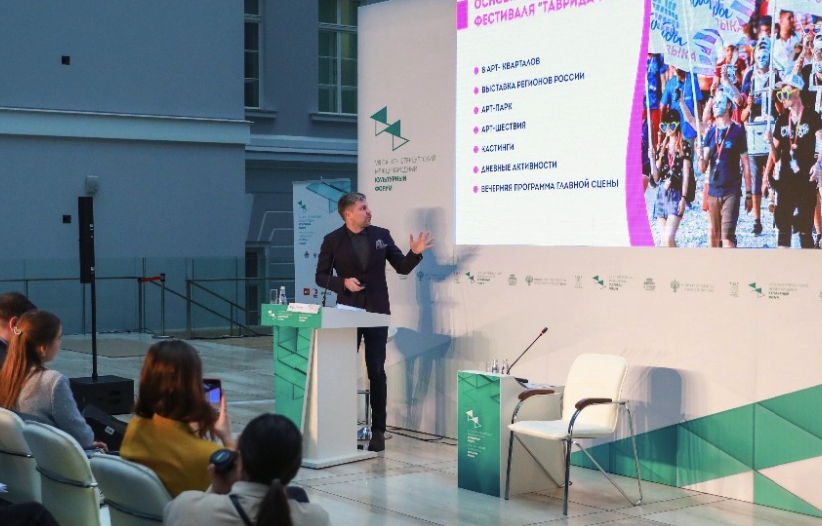 Unlike many countries where modern architecture is viewed as an asset and an integral part of the national brand, in Russia it is still often perceived with hostility. Is it possible to reverse this situation with the help of media channels?

In the age when image created in the information field is more important than its physical embodiment, what media should be used to form a positive image? These questions will be discussed by the participants of the public-talk “The Issue of Image. Images of Modern Architecture in the Media Space” as part of the section “Creative Environment and Urbanism”.

The “Instagrammableness” of architecture, public space, and the whole city is an integral part of modern culture. The image of a region, a country, sometimes even a continent depends on the media – films, photos, social media urge millions of people around the world to come or live in a particular place. This is not the case for Russia, especially with respect to modern architecture. On the contrary, it very often provokes objections and is negatively perceived by residents. Is it possible to influence public opinion by promoting architecture through the media? What channels should we use? How do we build a dialogue correctly?

Not only architects are invited to the conversation, but also agents of various fields of art: from journalists to artists and representatives of cultural institutions. The event is attended by: Sergey Kuznetsov, Chief Architect of Moscow, Head of the Section “Creative Environment and Urbanism”, Anna Trapkova, General Director of the Museum of Moscow, Pavel Prigara, Director of the Central Exhibition Hall “Manezh” in Saint Petersburg, Evgeny Raskatov, Rector of Annenkirche, Nata Tatunashvili, Architect, Partner of the Nowadays Bureau, Maria Elkina, Architecture Critic, Philipp Meuser, Head of DOM publishers Publishing House, Aleksandr Dashevsky, Artist, one of the “8 Top Artists in the World” according to Forbes and Yulia Zinkevich, Director of the “Rules of Communication” agency.

“Architecture, in a sense, tries to accommodate both mundanity and sublimity. One of its parts follows the material world, forming the structure of space and its volumes, the other follows the emotional world, trying to find the images of harmony and beauty typical of the time. One is already in the context of technological progress and the level of social development. The other is located in the field of art and culture in general, following the changing aesthetic norms. The dual nature of architecture undoubtedly makes it an expressive and accurate monument of time and place. We will discuss this topic in more detail at a public talk,” noted Pavel Prigara.

“We know many examples where modern architecture creates new points of attraction and gives a place a new meaning. Guggenheim Museum in Bilbao, City of Arts and Sciences in Valencia, Bird’s Nest in Beijing, Zaryadye Park in Moscow and Skoltech in Skolkovo. Buildings can attract, motivate, inspire, and become objects of discussion. They are to some extent an international language of communication with media playing an important role in this process. What these media should be and what architecture should be like – these questions will be discussed at the public-talk,” said the Head of the Section “Creative Environment and Urbanism”, Chief Architect of Moscow, Sergey Kuznetsov.

The activities of the section were prepared with the active participation of the Committee for Architecture and Urban Planning of the City of Moscow. The Program of the Section is subject to possible changes – follow the news on the Forum website and social media. Registration for participants of the Professional Flow of the Forum will be open until October 24 on culturalforum.ru.