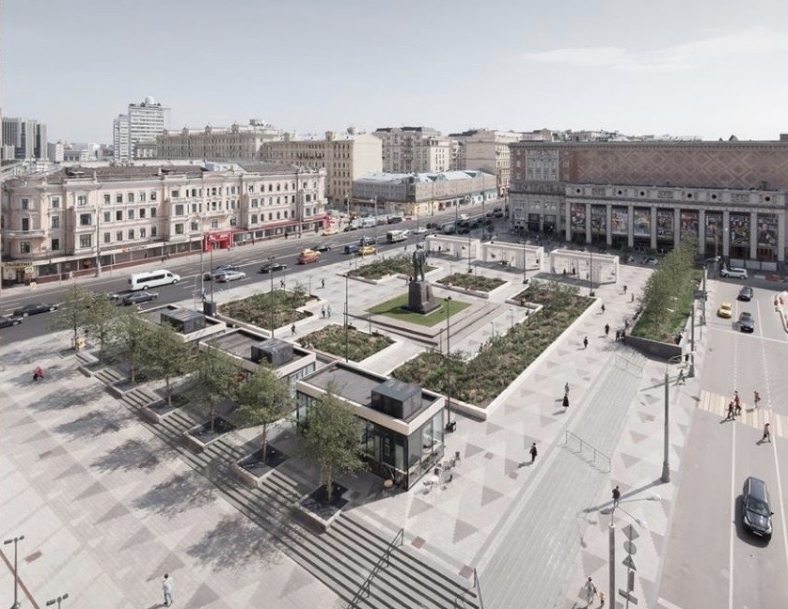 After the fight against the corona virus is finished, the trends in the creation of public spaces in cities will not only continue, but also receive a new impetus for development, said Sergey Kuznetsov, Chief Architect of Moscow.

“The practice of creating public spaces will receive a new impetus after the spread of the corona virus is stopped. Such sites are absolutely necessary for the meaningful and high-quality development of the city. Today, in the mode of self-isolation, people feel the need for communication, walking and physical training in the open air", said Mr. Kuznetsov as part of a webinar on the Capital Living Online platform on Friday.

According to him, a comfortable and safe city is a competently and rationally arranged territory with sites for various functional purposes. And public spaces contribute to the formation of a new healthy lifestyle, which in itself is already a global trend.

“China has already allowed jogging or playing sports outside. And there came more people than before the infection started spreading. I think that in our country, too, when the incidence rate decreases, when such an opportunity arises, people will be happy to go to sports grounds, embankments and public spaces. The need for such venues in cities will grow,” added Sergey Kuznetsov.

The Capital Living Online platform is a new project of the Capital Group developer. It has become a platform for communication of experts from various industries. Speakers of the Capital Group and invited experts from various industries will be aired several times a week on the site. One of the objectives of the resource is to support people in all areas, not limited to the real estate segment and the expertise of the developer.